There are a lot of theories and perspectives when it comes to defining the real meaning of love. Some people believe it is when you are capable of totally being yourself around your significant other while others realize love through the readiness to sacrifice just to see your beloved one happy. On the other hand, some people do believe that the meaning of love includes previous theories in addition to other emotions. No matter how you define love, it is a strong emotion that you can never deny.

The definition may differ from one person to another, but what may be common between lovers is their persistence to show their love in the best ways possible, especially if this way includes showing your significant other that you’d love to spend the rest of your life with them. For that very reason, the proposal has become an essential part of showing your willingness to spend your life loving your partner forever.

Proposing to your significant other may require you to show up with that magical little thing that says it all; the wedding ring. It is deemed to be the ultimate representation of affection as well as the commitment that a couple can share. Your wedding may be an essential celebration for showing everyone your eternal love to your significant other, but weddings can only last for as long as a few hours, but the wedding ring is what remains to remind both of you of your love.

Above and beyond, you will definitely want your wedding ring to be as luxurious and classy as it can be because it is something that happens for once in a lifetime, so you would surely want it to be as perfect as it can possibly be. You may love to get yourself familiarized with the best designers of wedding rings around the world, so check this list out. 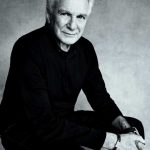 is an outstanding designer in the industry of jewelry making and manufacture. He founded a brand holding his own name back in 1980, partnering up with one of his family members, Sybil Yurman. David Yurman is an American company that is specialized in designing jewelry and it is located in New York City. Since this exceptional designer has been in this industry for almost 37 years, it is easy to predict how expert he is in making the best wedding rings ever, using diamonds and flawless gems, making his way to being one of the best designers around the world. 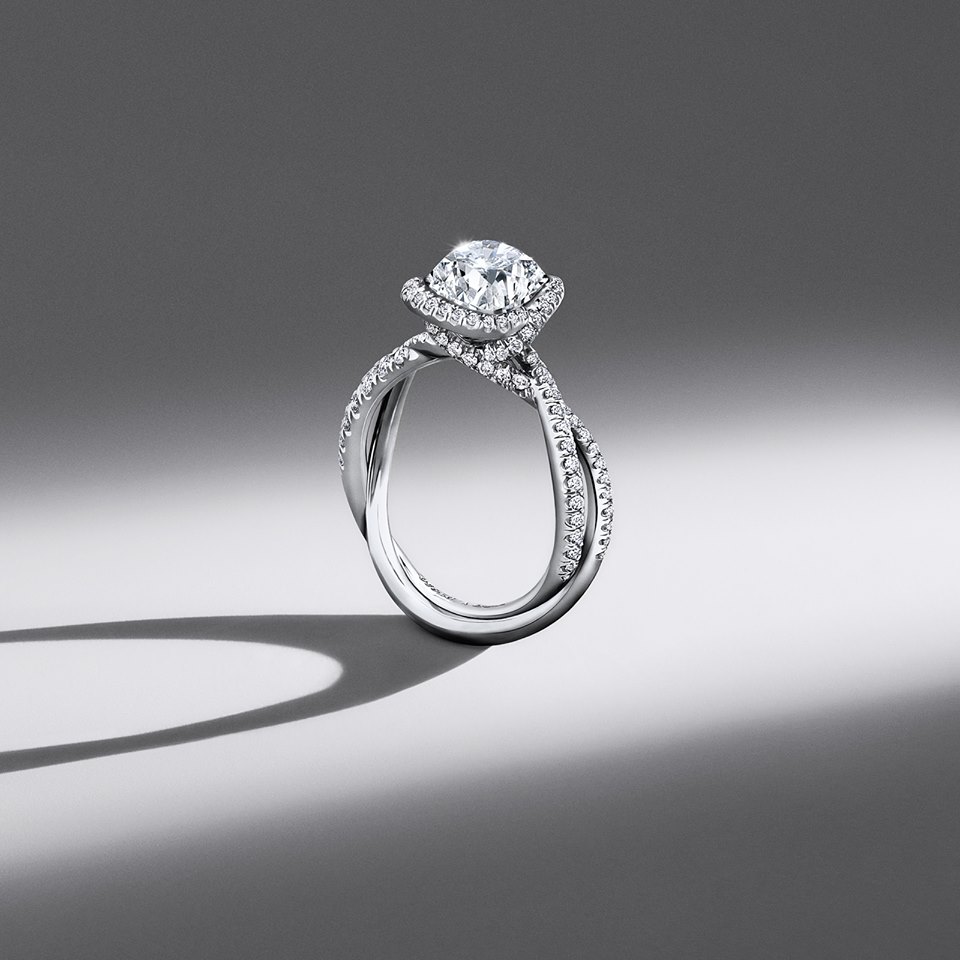 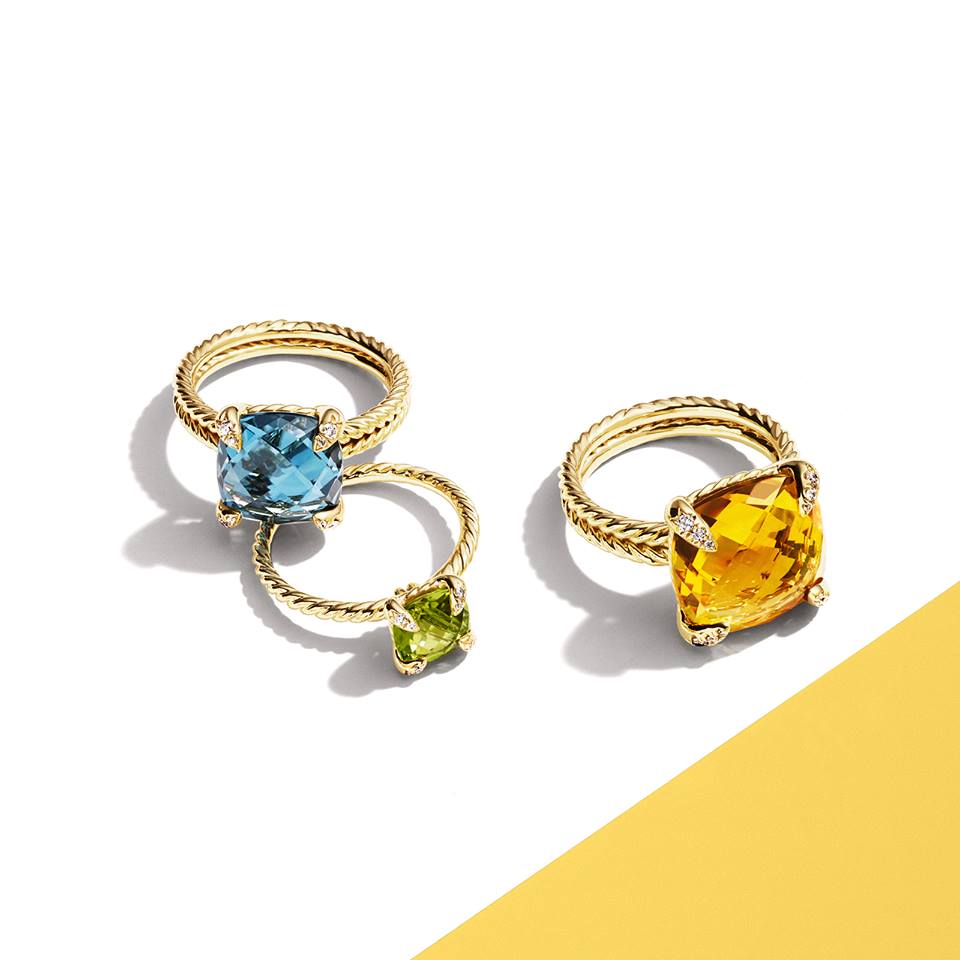 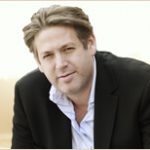 studied at the Fashion Institute of Technology in New York City, allowing him to master the designing of rings. He has been working as a jewelry designer for almost twenty years, paving his own way to success in this industry. His designs have been popular for being highly attractive for newlyweds, for his designs are popular for combining both gold and diamonds, producing a unique piece of jewelry. 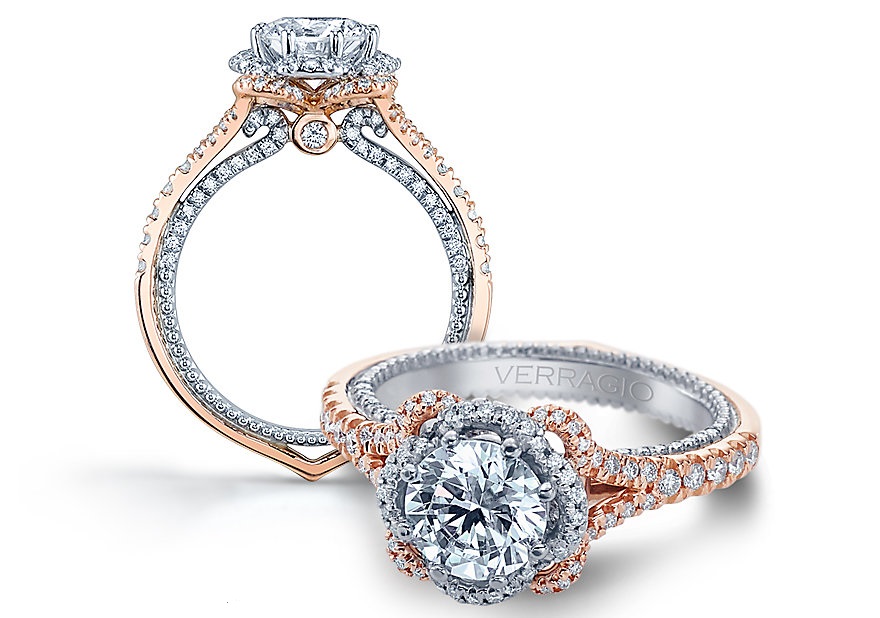 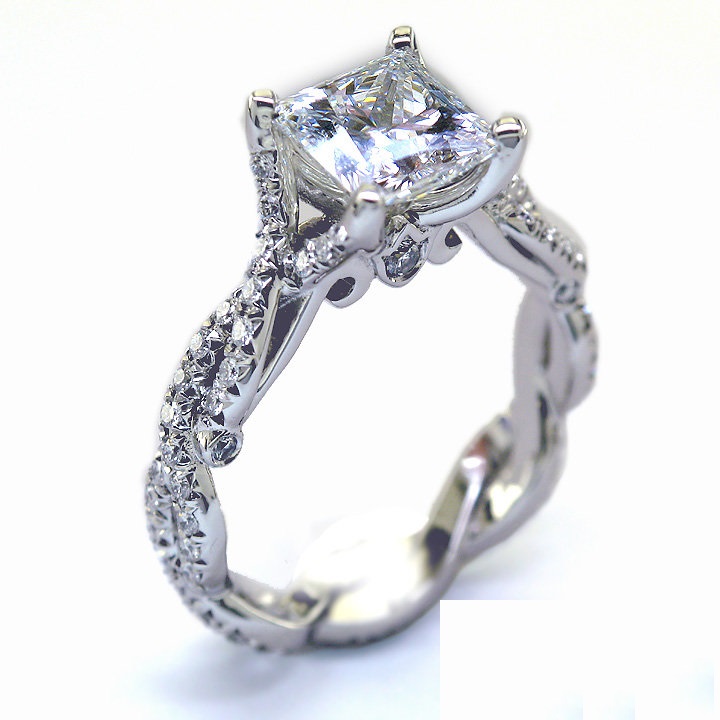 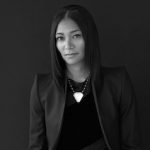 Monique Péan is an American designer who received her degree in Philosophy, Political Science and Economics from the University of Pennsylvania. She has always been passionate about the creation of jewelry. She has been mentored by Michael Kowalski who was the former CEO of Tiffany & Co.’s- another prominent brand in the industry of jewelry making. Pean also received a prestigious CFDA/Vogue Fashion Fund Award as well as an award being the best jewelry.
Monique Pean launched her fine jewelry company in 2006, attempting her best to make her jewelry designs as remarkable and significant as she can. 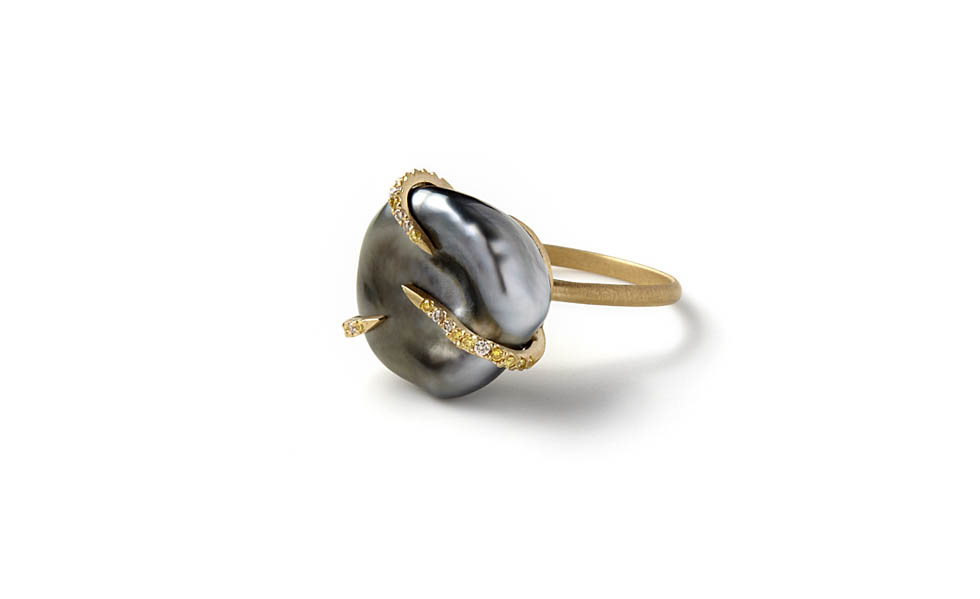 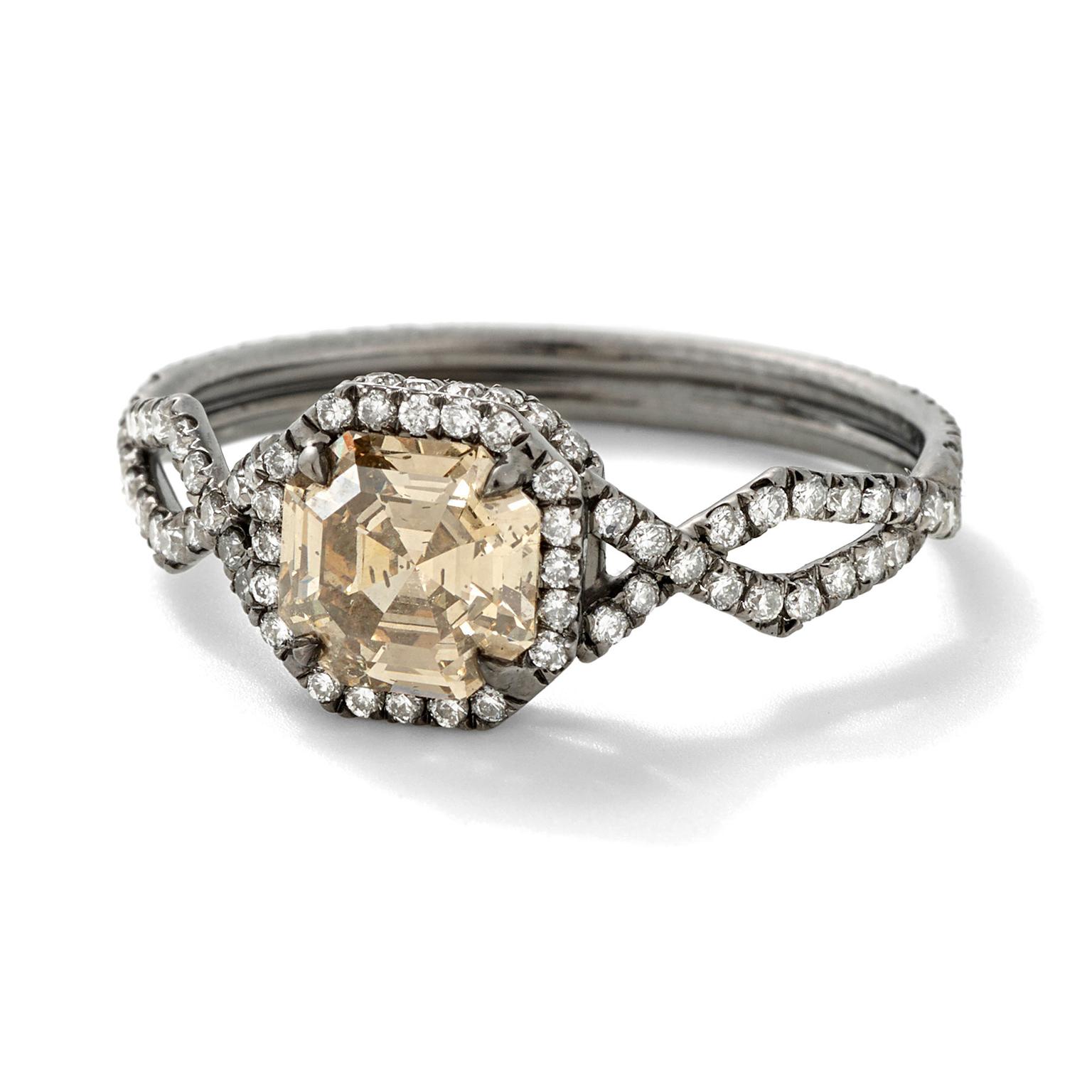 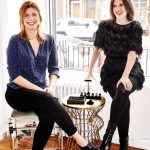 Catbird has rocketed in the sky of success in the industry of jewelry making after starting from scratch. When Rony Vardi started to have her own store, she started by selling clothes, ribbons, iron-on stuff, and elbow patches and she called it Catbird. Back in 2004, it was a low-priced store located in a street in Williamsburg and, as luck would have it, she had family members and friends who helped her to build this cheap store up. She started making jewelry while sitting quietly in her own store and received some help from other talented jewelers who still help her until this very day.
She offered her pieces for sale, helping customers to find their special pieces and made sure they were satisfied, changing the Catbird store into one of the best jewelry manufacturers in the world, providing delicate and subtle designs. In 2014, Catbird had its own line of wedding and engagement ring labeled under “The Swans”. 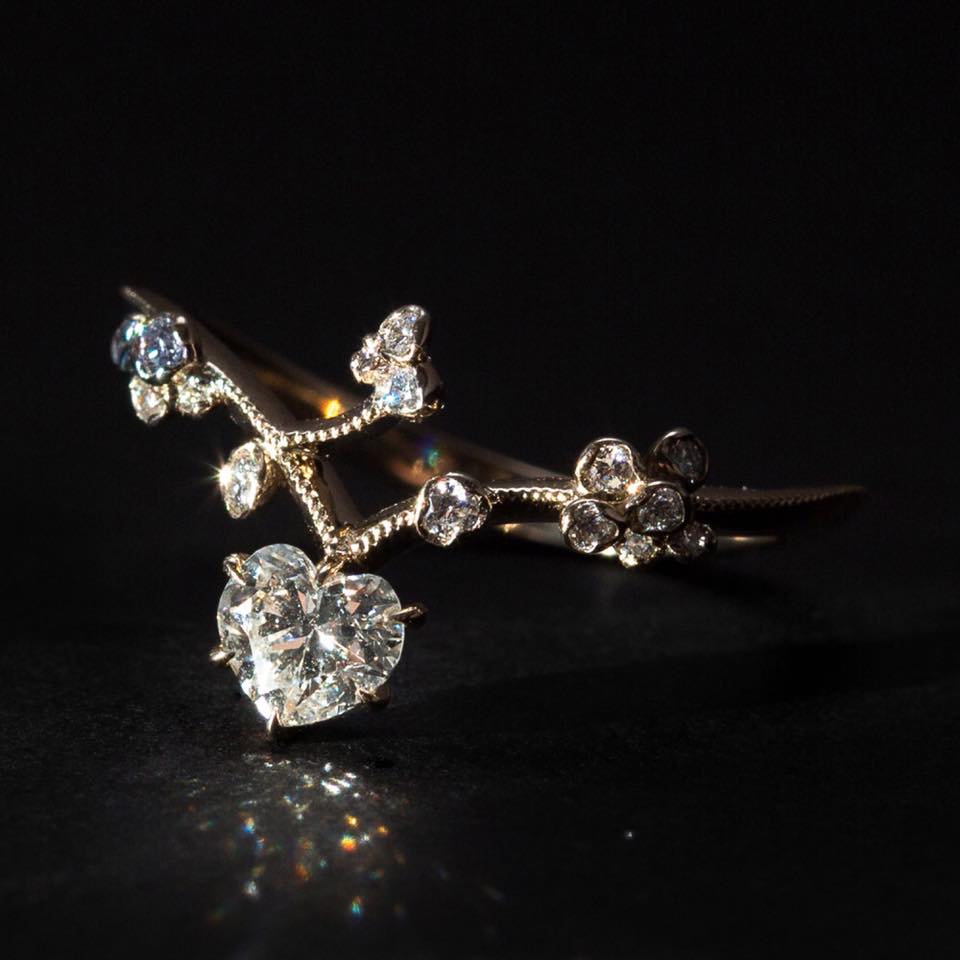 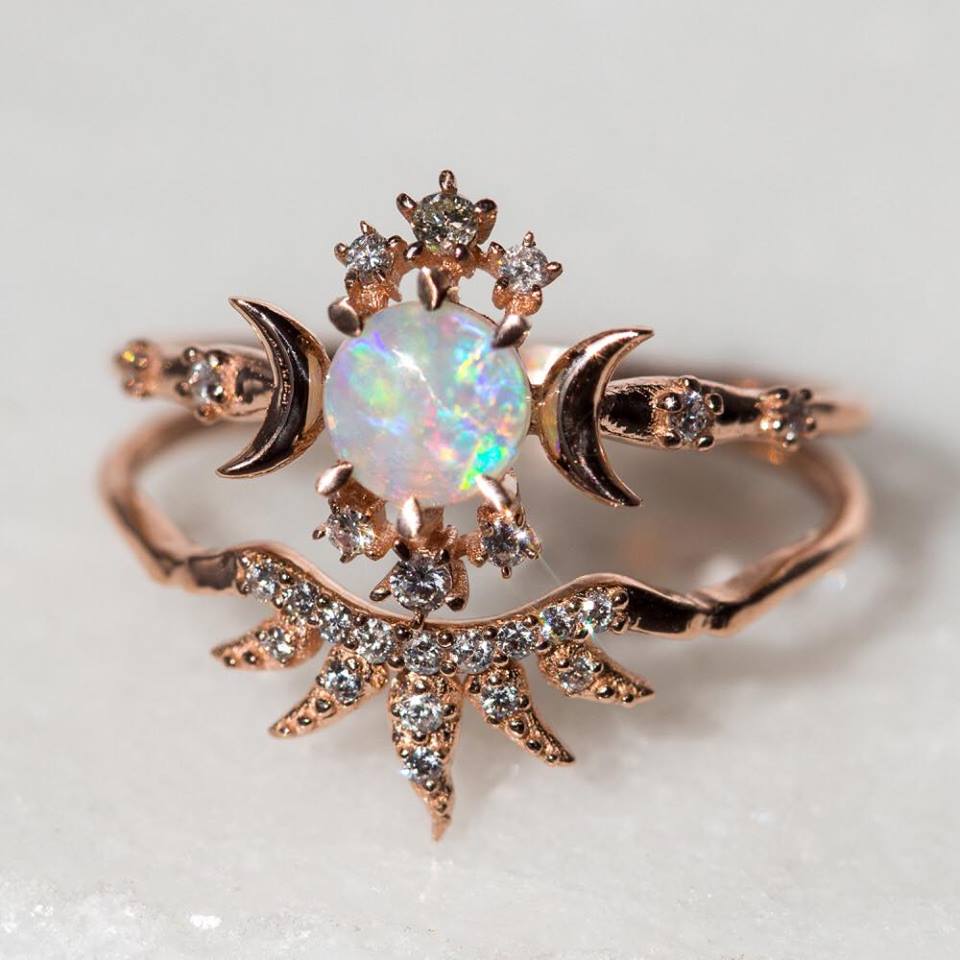 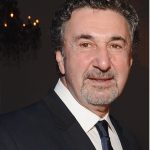 Haig Tacorian established Tacori for selling jewelry. Tacori is based in California and it was originally established for selling pearls; however, in the early ’90s, the company’s activity has expanded to include the manufacture of diamonds too. In 2005, the main focus of the designer became revolving around bridal couture, selling wedding rings, and accessories for bridal wear. Tacori has been popular for producing rings that are a perfect combination of contemporary and traditional designs, looking truly outstanding. This jewelry designer has also gained popularity for providing a stunning collection of rings that are available in exceptional colors, including emeralds and rubies, making it easier for the bride to find a match for her wedding dress.
INDESIGN magazine has listed Tacori as one of the best five jewelry brands around the world in 2013. 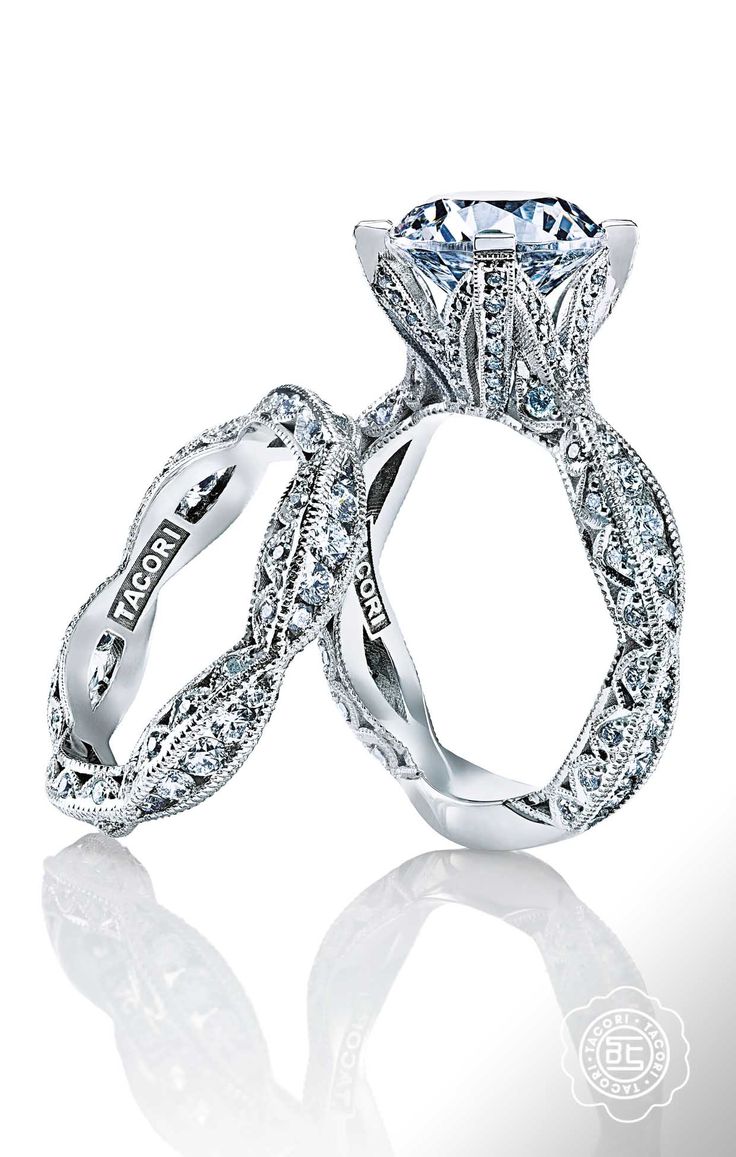 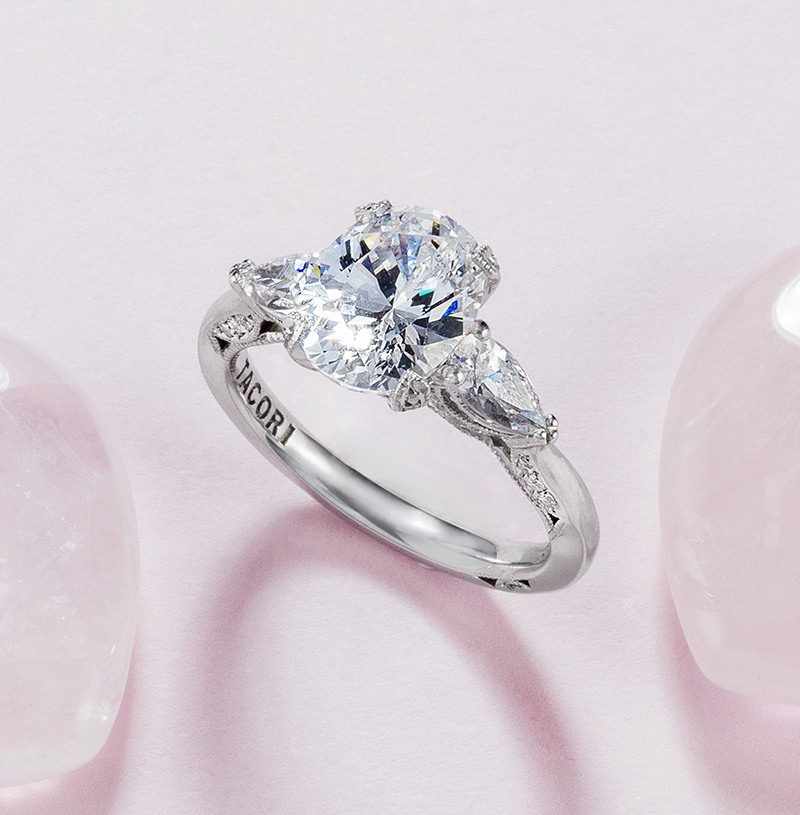 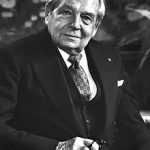 is an inherent gemologist and a self-taught businessman who established his own jewelry brand labeled under his name back in 1932, in New York City. Until this day, his brand remains one of the best who set the highest standards in creating fine jewelry as well as being one of the very few jewelry brands that has had a memorable history. Harry Winston started working in this industry as soon as Arabella Huntington, who was the railroad magnate’s, Henry Huntington, wife died, for he picked up her jewelry collection and started redesigning the outmoded collection, modifying it to be more modern and contemporary.
Harry Winston is known as one of the most sophisticated and elegant jewelry designers who paved his way to success in a very short time. His rings are also deemed to be very classy and elegant since their designs always include diamonds, enhancing their appearance. 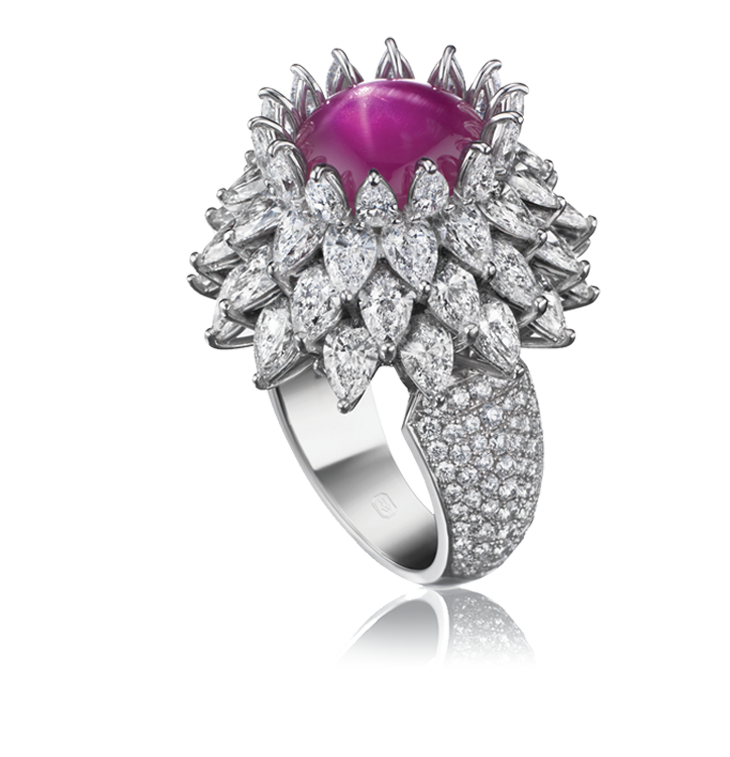 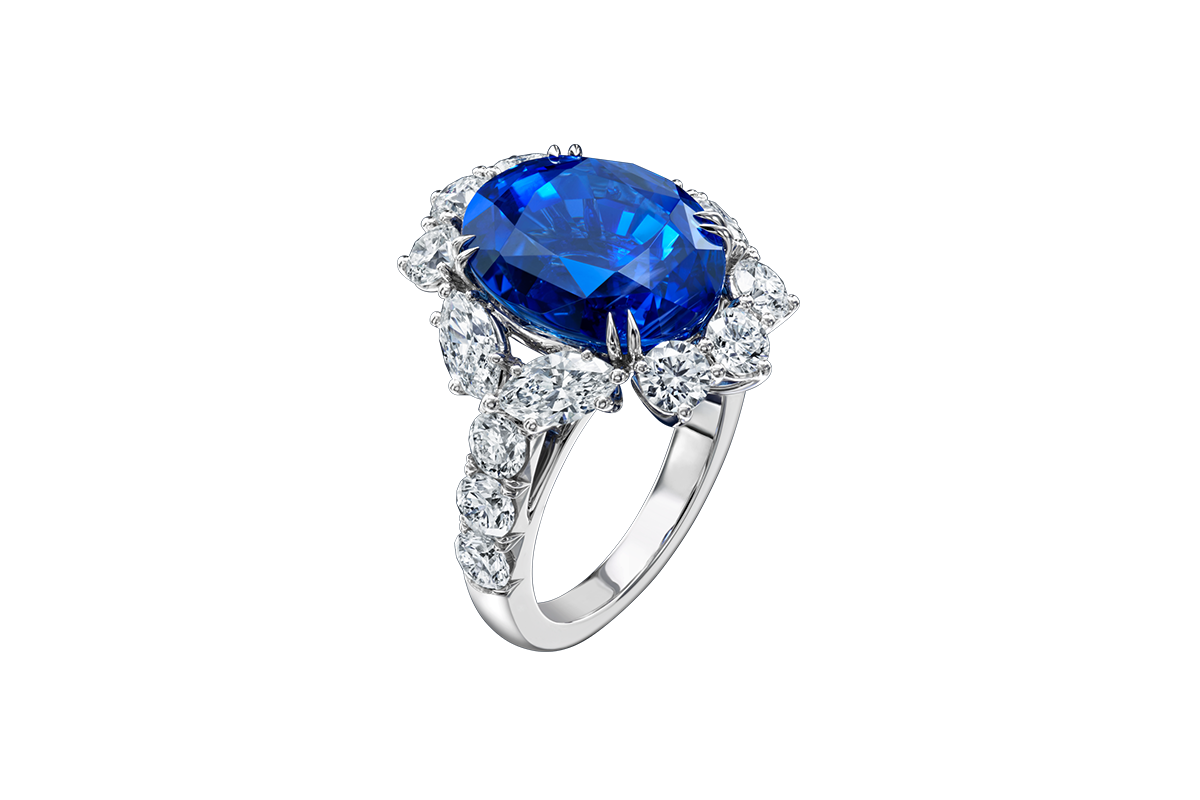 Charles and Colvard is a jewelry brand that was founded in 1995 to be the most significant contractor and provider of Moissanite around the globe. It may as well be the only moissanite supplier in the market. For those who are not aware of this term; Moissanite is the most dazzling and brightest gemstone that can be ever found.
Charles and Colvard use this gemstone in making wedding and engagement rings. This gemstone is way cheaper than diamonds, but it still provides the jewelry an equal elegance. Its classy look makes it very suitable for making stunning wedding rings. Most of the rings that are designed by Charles & Colvard are made of 14K yellow gold, 14K white gold or palladium. 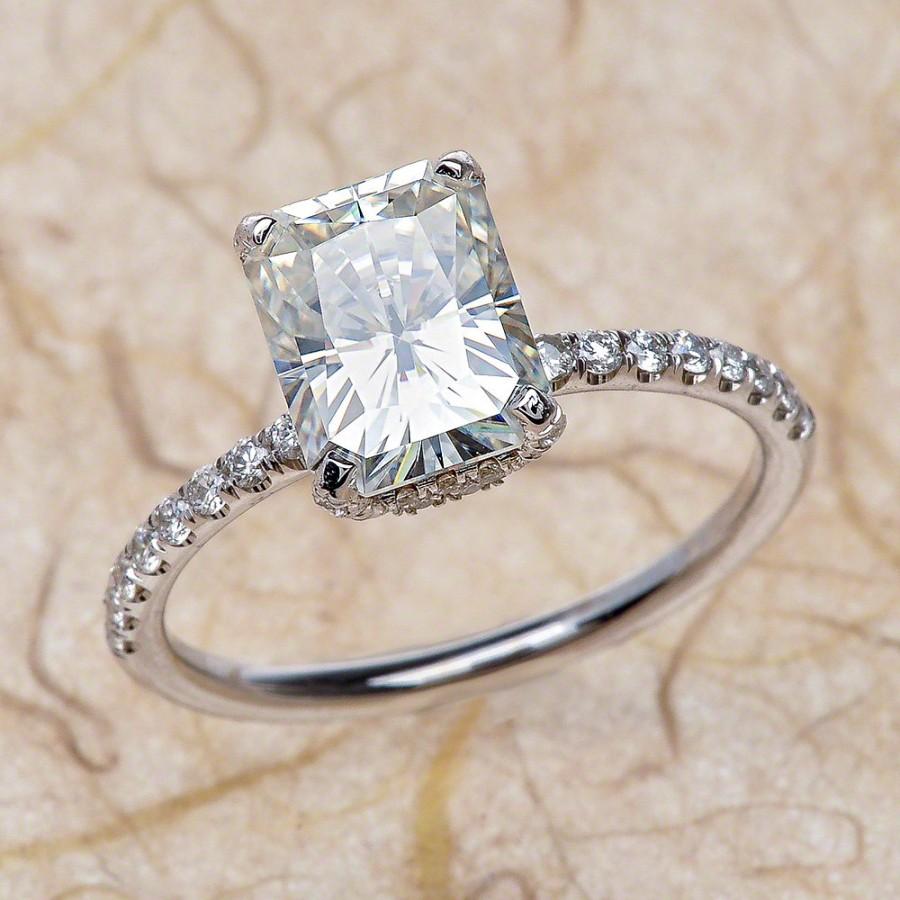 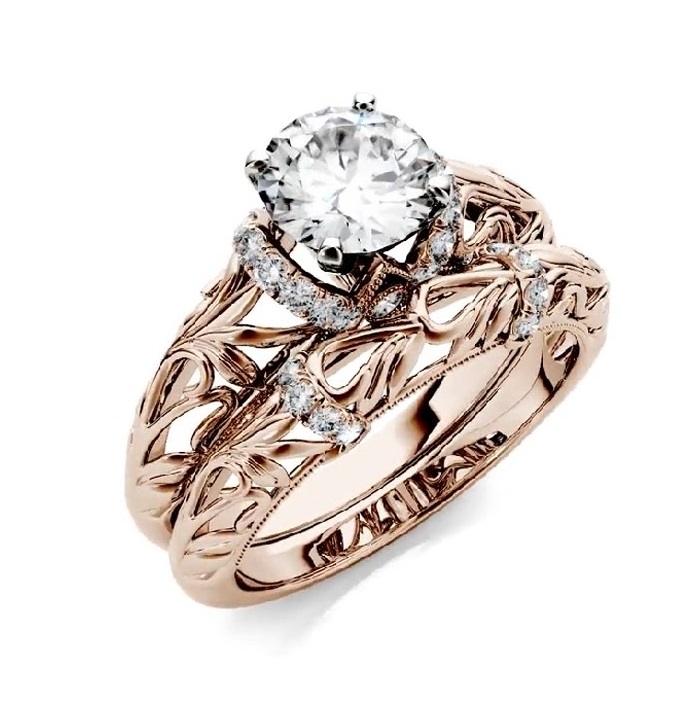 Tiffany & Co. is deemed to be the oldest jewelry designer alive until this day since it was founded in 1837. It was founded by Charles Lewis Tiffany and John B. Young in Brooklyn, Connecticut, initially; as stationery and fancy goods store. It was formerly established for selling a variety of stationery items under the name of “Tiffany, Young, and Ellis.” A few years after its establishment, Charles Tiffany took over, changing the emphasis of the store on selling fine jewelry and shortening the name to Tiffany & Company.
It is also referred to as Tiffany & Company, Tiffany’s or just Tiffany and the headquarters is currently located in New York City, United States. However, everyone is familiar with the famous name Tiffany & Co and the brand widely known as Tiffany. Above and beyond, it is popular for selling diamond jewelry, personal accessories, sterling silver and other luxury goods. As a consequence, they succeeded in being one of the best wedding ring designers for having subtle and delicate designs. 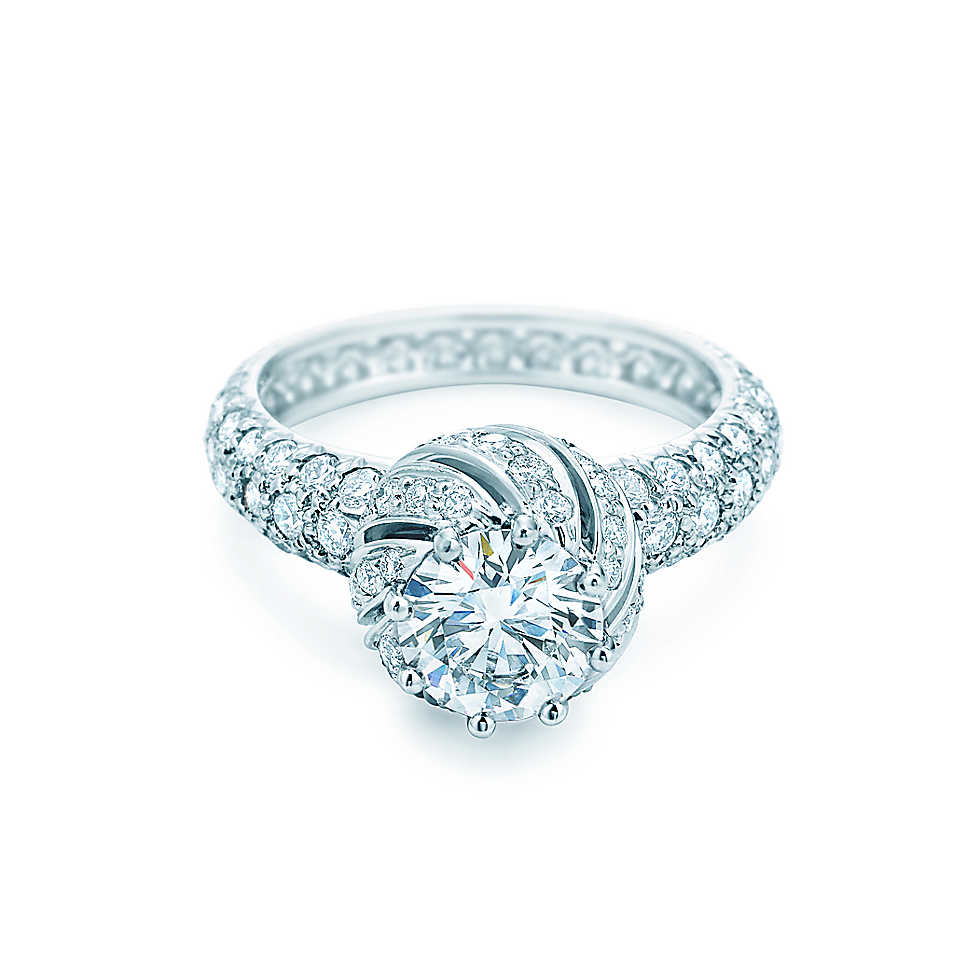 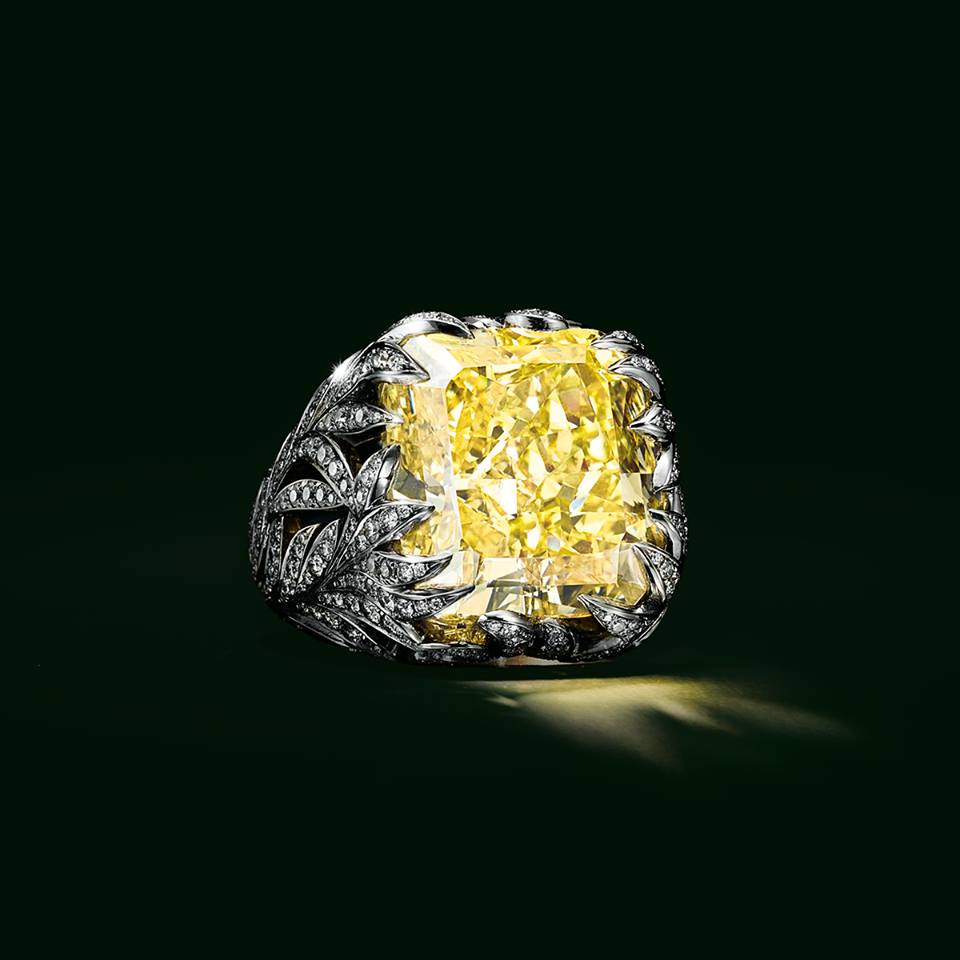 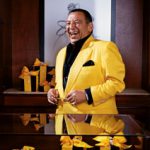 started deciding his own career as early as being only ten years old. He inherited his passion for jewelry from his father and started a full-time internship with one of the finest jewelry houses in Istanbul. While being a teenager, he became fully aware of the details that making jewelry take and he mastered the art of designing, starting by using metals and diamonds, working his way up to mastering the skills of creating pieces that are highly designed. In the ’90s Michael was introduced to platinum, so he used them for making engagement and wedding rings, producing the most elegant and classy pieces ever, especially that he started this career at a very young age, allowing himself to absorb every facet of this industry and stimulating the brilliant designer in him. 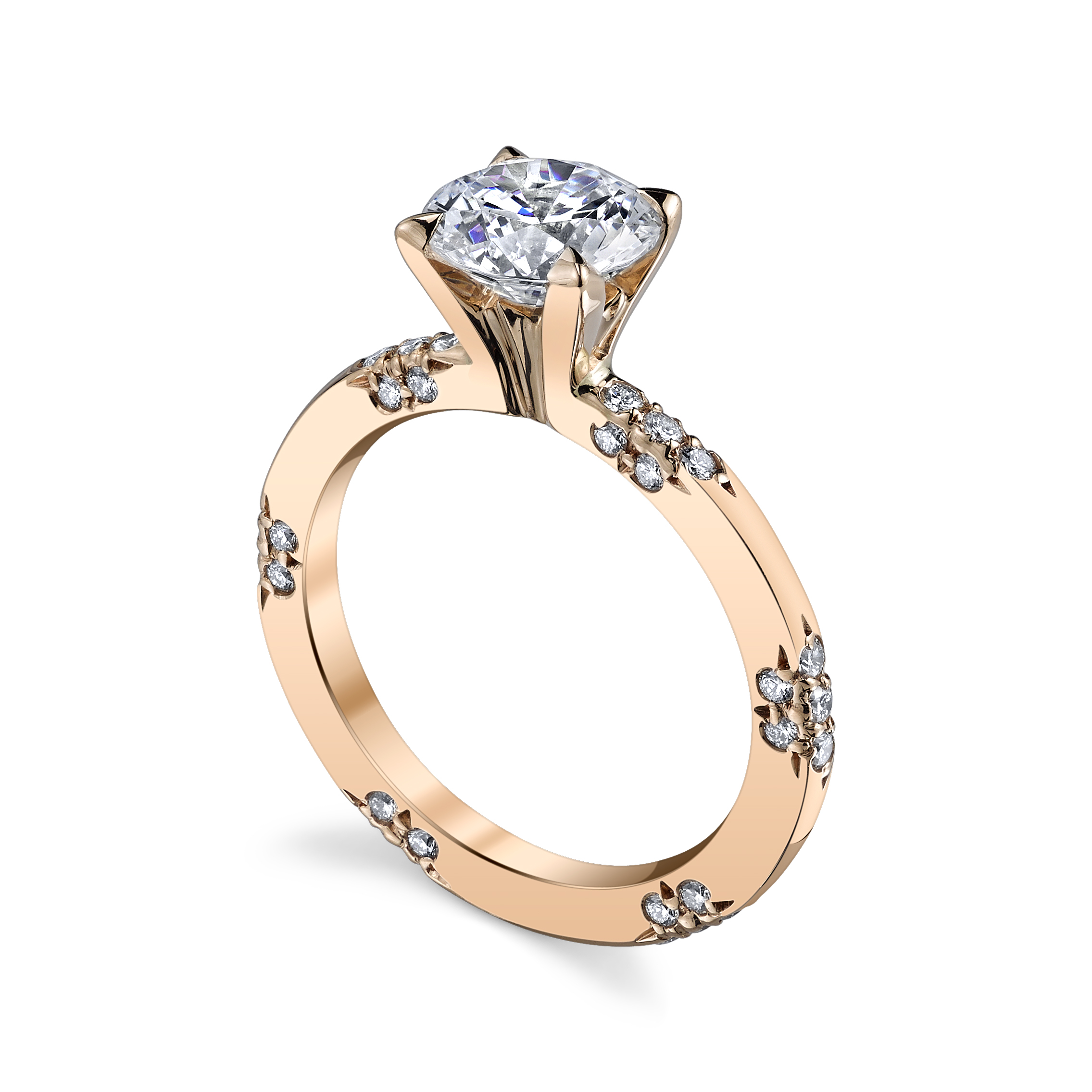 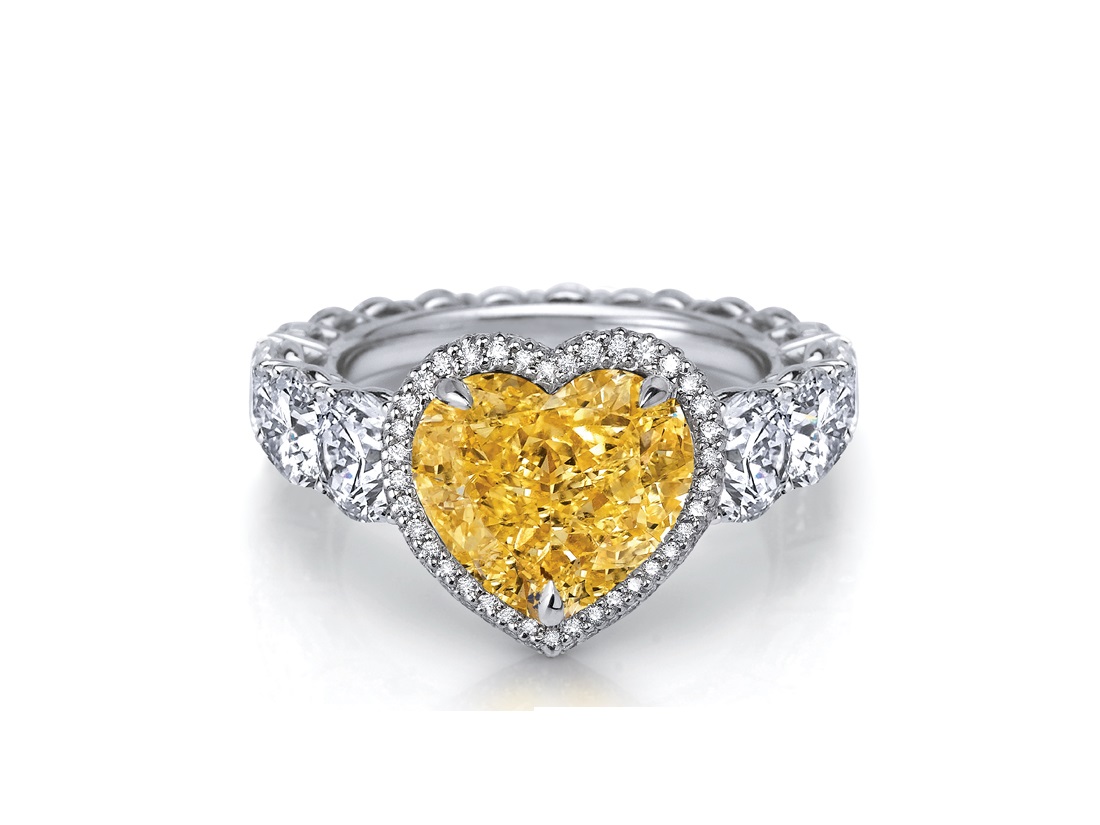 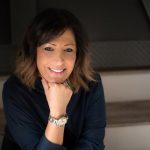 ’s designs are all about creating unique pieces of jewelry. She was born in a family who is very passionate for jewelry designing and they have has a history in the industry of jewelry as her father had his own jewelry store, giving her the opportunity to work closely with him and dearly learn about the design of jewelry. At first, Suzanne designed jewelry only for her friends and family member until she was approached by a retail store that asked to produce a jewelry line. The latter has given Suzanne the chance to develop customers including a lot of known jewelry stores around the United States. With her husband, she launched a family business in 1998, creating unique jewelry pieces.
Suzanne travels around the world just to make sure that she uses the right stones for designing her jewelry. Last year, she launched her very first wedding and engagement rings line. 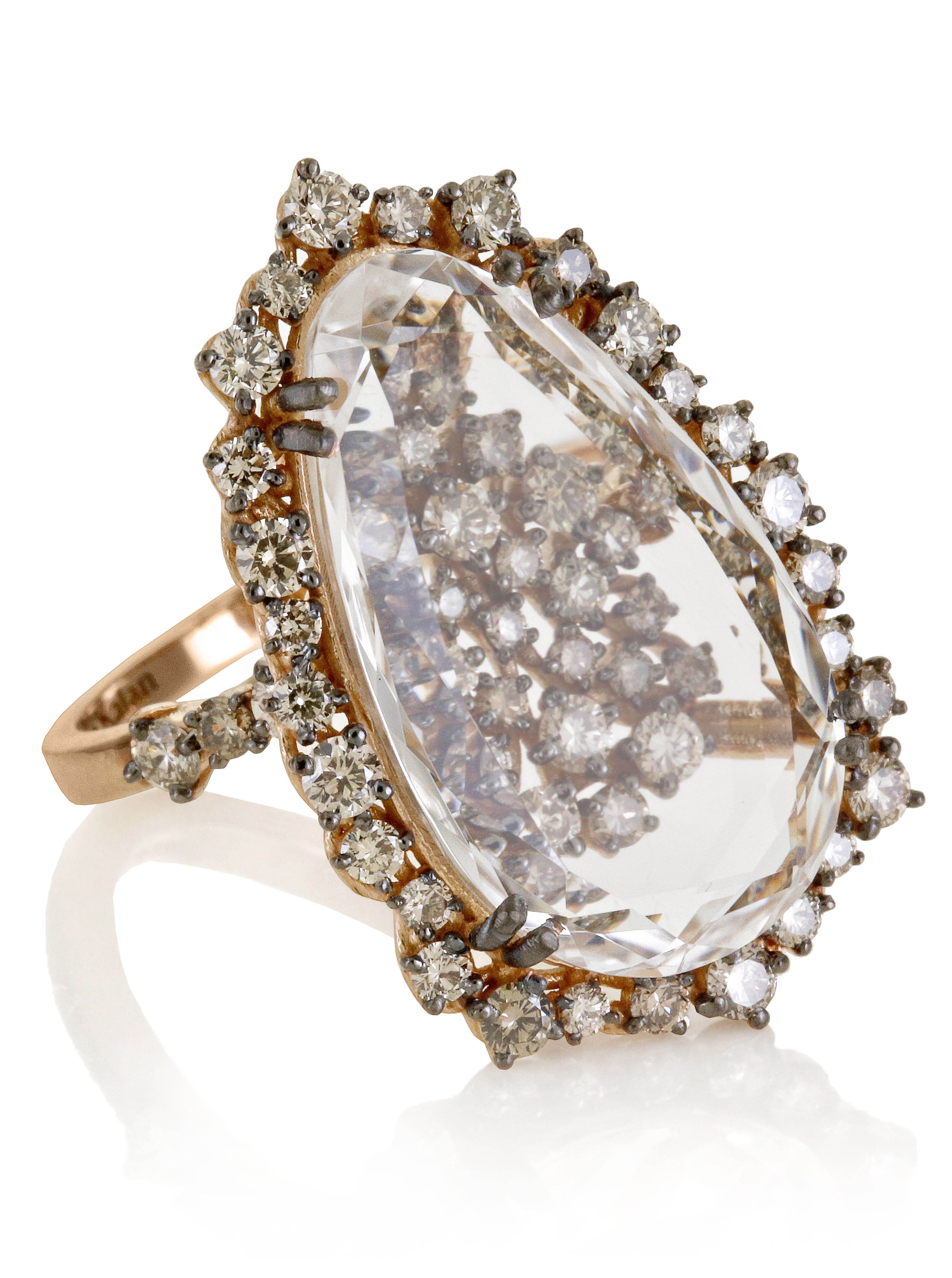 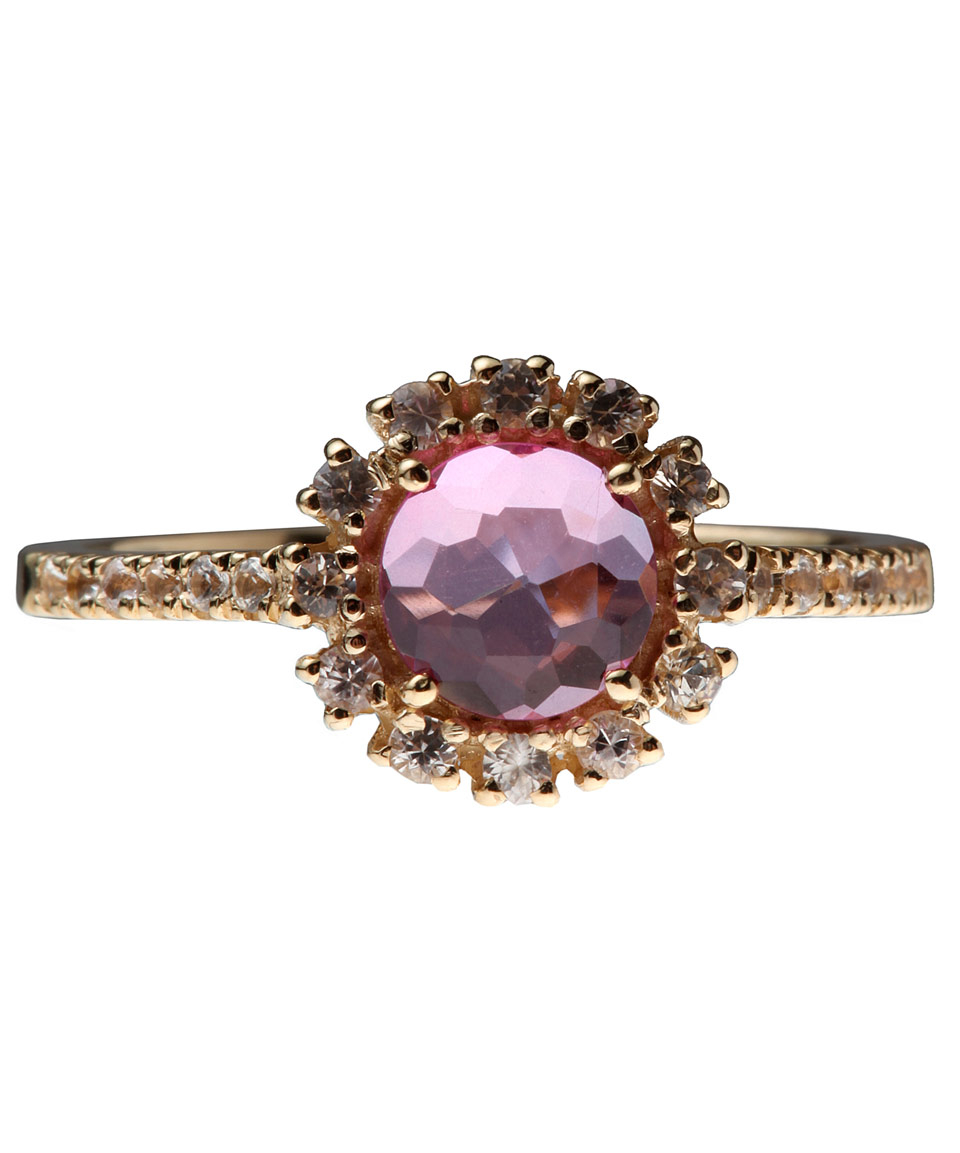