In a fast world like this one, you can easily lose your track of time because you are busy doing a lot of different stuff. But thanks to the technology, you can easily regain your sense of time with just a simple look at your little screen which contains that important application called the calendar. It is amazing that you are able to use this calendar to know when exactly a certain event is going to take place and what is more interesting is that you can use it to check what day you were born in. Well, mainly this is what the calendar is for; you get to reckon the past and future time, but have you ever wondered how people knew the time back then before the calendar was even invented? It might have been hard for them, but definitely they found their own ways to keep track of the days and the time. What is more, calendars were actually invented a long time ago, but there were a lot of different calendars used before the standard calendar that the whole world is using today. In this article, you will be introduced to ten of the most peculiar historical calendars that the world has ever known.

This calendar is either known as the Roman calendar or the Pre-Julian Calendar. It did not seem to be the best version of how a calendar should be; King Romulus was actually the one who created it when Rome was just founded. The calendar actually consisted of 304 days, which were equivalent to ten months. There were extra 61 days, but they were not allocated in certain months of those 10. A few years later, King Numa was not satisfied with that calendar because the months were not accustomed to the seasons of the year, so he added two more months, calling them Ianuarius and Februarius, which are January and February respectively. The Roman High Priests were known as the pontifex maximus; they certainly had the right to add or reduce the length of the year accordingly to their political interests, besides, they used to skip the leap years on purpose because, culturally, these years were the bringers of bad luck. When Julius Caesar became the pontifex maximus, he introduced a new calendar, the Julian calendar, but it was not instantly approved due to the confusions that the Roman calendar had brought, but finally the Julian calendar started in 45 BC and that year was known to be the last year of confusion.

The Mayan calendar was actually divided into three different calendars which are the Long Count (astronomical calendar), the Tzolkin (divine calendar), and the Haab (civil calendar). Each calendar had a different number of days and months; for example, the Haab calendar consisted of 365 days that were actually divided into 19 months; the Tzolkin calendar consisted of 20 periods and each period had 13 days; this calendar was mainly used to determine the days of the religious activities as well as the Mayan ceremonies. The Ancient Maya had a belief that the universe collapse and get rebuilt every 2.88 million days and that was known as the Universal Cycle; they were used to calculate by something called the Long Count. They also merged the dates of the two calendars, the Tzolkin and Haab calendars, to produce a new calendar known as the calendar round. 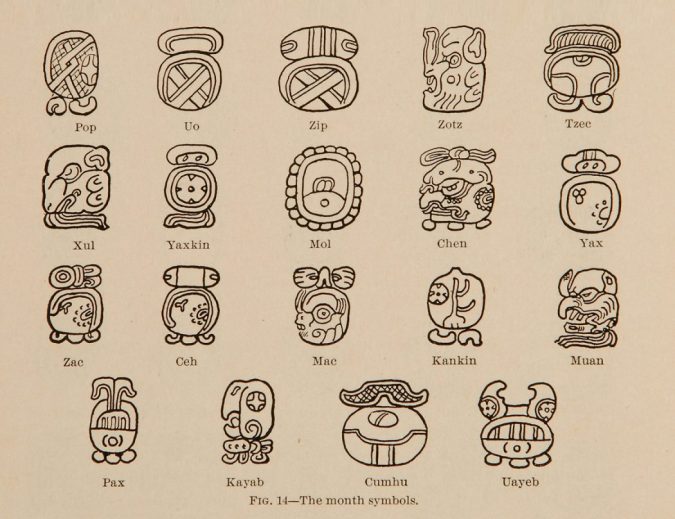 The Positivist calendar was formerly created, by Auguste Comte, in order to replace the Catholic calendar. All the months of the year consisted of 28 days that was also divided into four weeks and each week consisted of seven days. Every month started on Monday, thus, every year did as well and each month was actually named after a famous historical person, including Shakespeare, Moses, Caesar, Archimedes, Aristotle and more. 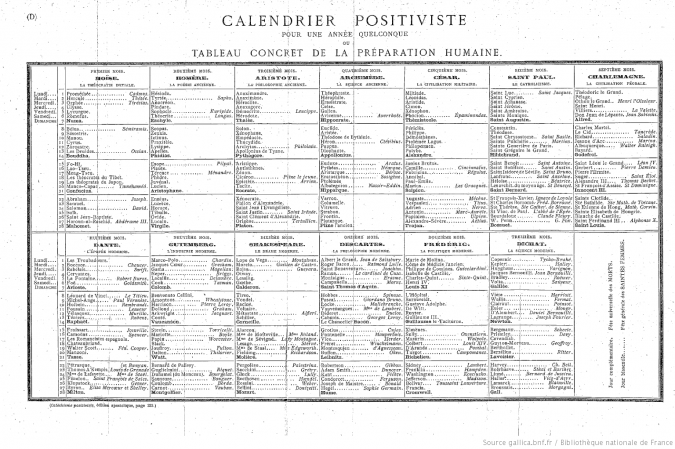 The International Fixed Calendar consisted of 13 months and each month had a total of 28 days. The names of the months were the ordinary ones that the world is used to nowadays, starting from January all the way until December in addition to a 13th month between June and July that was called Sol. This calendar was known as the international fixed calendar because every year would always start on a Sunday and every Friday would be the 13th; that is exactly why this calendar was always known as Friday the 13th, and no, it has nothing to do with the horror movie. At the end of each year, there was a day that was not assigned to any month, not even December, so it was called the Year Day. 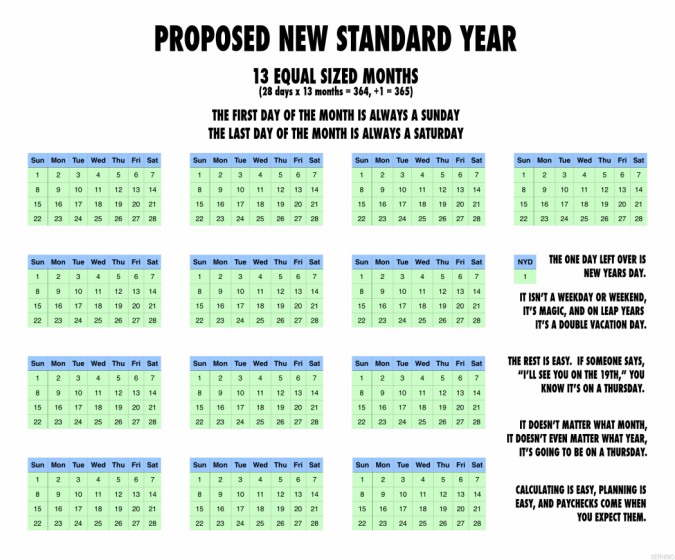 When the ancient Egyptians first started using a calendar, it was a lunar calendar based on the rising and falling of the River Nile, but unfortunately the calendar seemed to be imprecise, for there was up to extra 80 days and that encouraged the Egyptians to use the solar calendar which was based on the star Sirius. The two calendars were used at the same time, but then they were separated, thus every three years, the Egyptians would add an extra month to the lunar calendar for once, but still, that did not make the calendars any more accurate, so the Egyptians had to introduce a new calendar called the “civil” or “civic” calendar. It was pretty much to today’s calendar; the year was of  365 days, 12 months, and each month has 30 days, except that they would add an extra five days at the end of the year, but similar to its prototypes, the civil calendar was also far from being accurate.

The Aztec calendar was consisted of two different calendars which were the Xiuhpohualli and the Tonalpohualli. The former calendar consisted of 365 days that were divided into 18 months; each month had 20 days while the latter was made up of 20 months that were divided into 13 days, so it had 260 days in total; each day on that calendar was devoted to a god. Every 52 years, the two calendars would become equal and that was the time when the Aztecs believed that the world would collapse, so they had a ritual that lasted for 12 days known as the New Fire Festival; they would lit fire through the city till the 12th day; when a human offered his life, a new fire would be set. They believed that such a sacrifice would make the sun rise for the upcoming 52 years, so they would prevent the forthcoming destruction of the world. 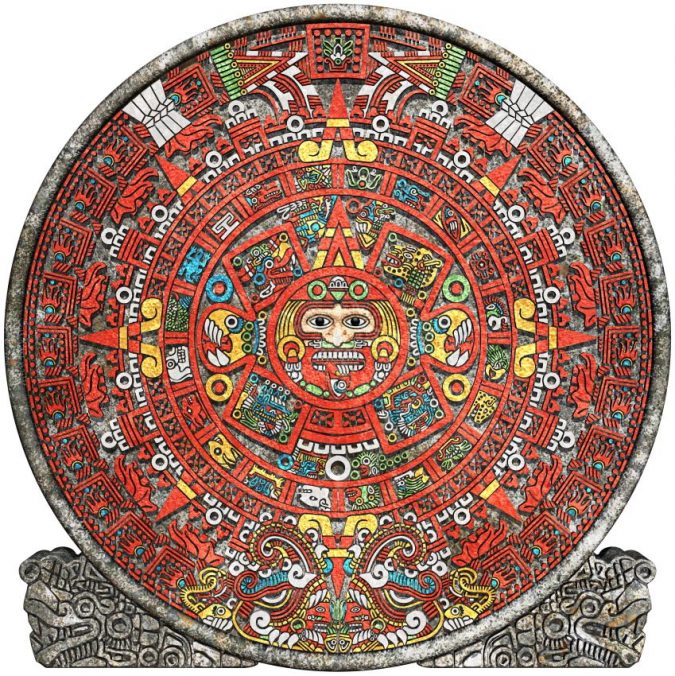 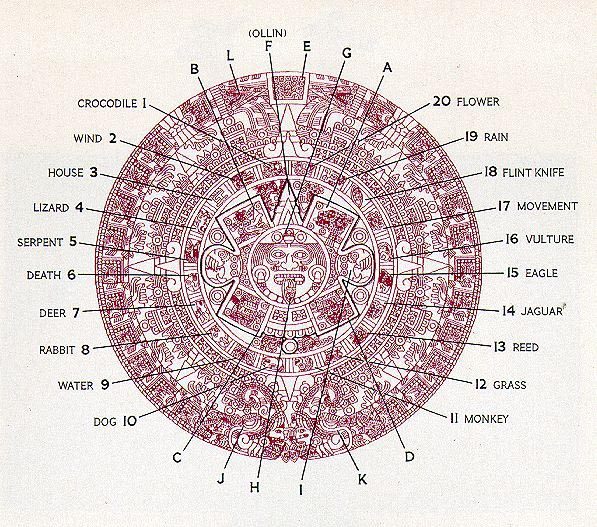 It was also known as the French republican calendar and had been used in France for almost 12 years until it was put an end to, but it had made another appearance about 65 years after its disappearance, before it was abolished for once more. Anyways, this calendar was introduced one year after the French revolution, thus there was not a first year on it, instead; the calendar began from year 2. It consisted of 12 months and each day of the year was named after some forms of the nature like seeds, trees, flowers, fruits, and animals. Just like a lot of other calendars, the French calendar soon got out of sync and it was planned that it would undergo several adjustments to be corrected, but these never seemed to happen though. 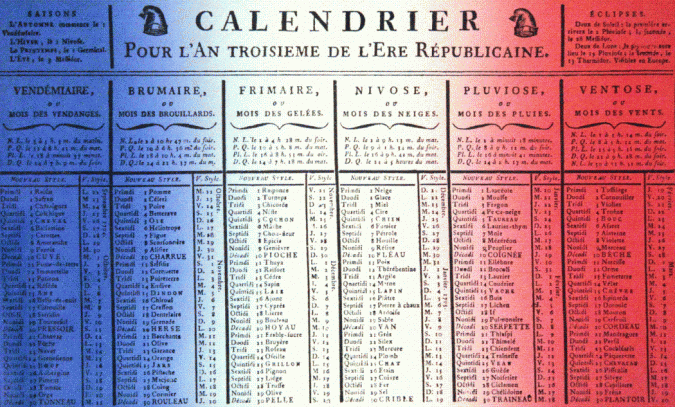 While the new millennium was celebrated on January 2000, the Ethiopians celebrated it about seven and a half years later, for they use the Coptic Orthodox calendar. This calendar consists of 13 months, each is made up of 30 days; on the other hand. leap years usually have an extra month of five or six days. When the calendar was changed to the Gregorian, the Ethiopians kept on using their Coptic Orthodox one as a method to protect their religion. 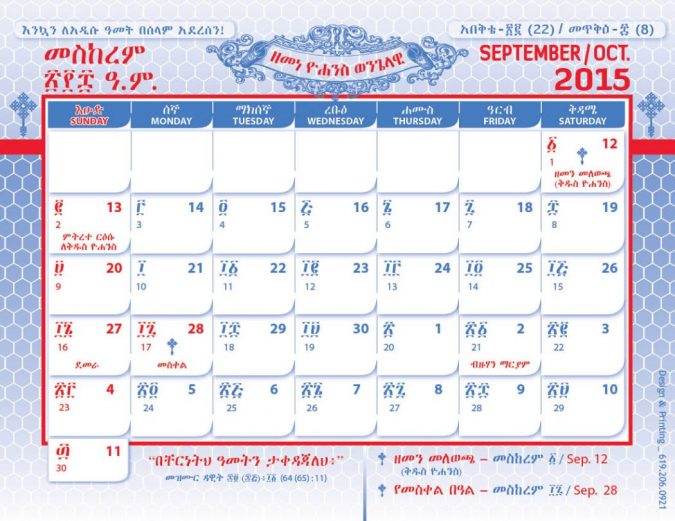 In 1929, the Soviet Union created the Soviet Revolutionary calendar. This calendar, unlike most of the calendars, did not change the year, but it manipulated the weeks, making the number of days five instead of seven, and on the other hand, it increased the number of the weeks in the month, making them six instead of four. It seemed to be the only calendar that had a 30th day on February. The purpose of this calendar was to increase the country’s productivity by almost 80%, but it actually disintegrated families and friends, for the calendar had colors for the days off of each individual, so for example, women could have their off days on a blue day, while their husbands had theirs on a red one and the children actually had their on a green, so families never had a chance to gather. In order to solve the problem, they designed a new calendar that had six days per week and the day off was a common day for everyone, but, in 1940, the calendar was put an end to. 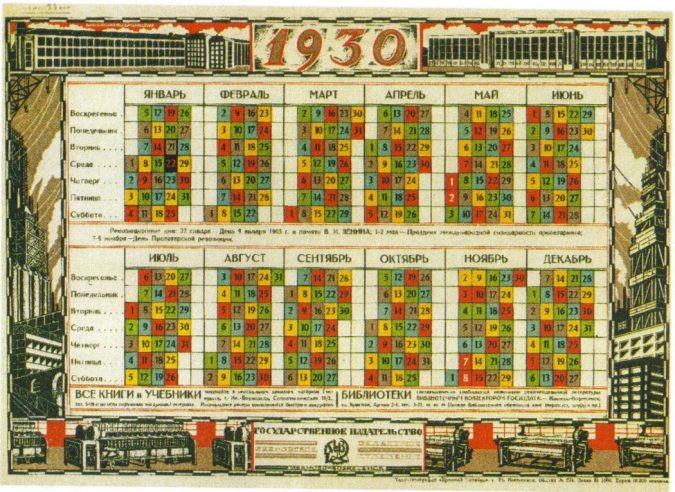 The Chinese calendar is actually a lunisolar calendar which means that it is calculated based on the position of both the sun and moon. The year consists of 12 months, equivalent to 355 days, but because the leap year has a whole extra month, the days would go up to about 385 per year. That extra month is only added every three years and it had the same name as the preceding month. This calendar is still actually used in China now, but only for the purpose of calculating the days of the Chinese ceremonies and weddings, otherwise, they use the Gregorian calendar just like the rest of the world.