Michel de Nostredame, also known as Nostradamus, stated the first set of prospects through quatrains in 1555, moreover, his books are still garnering readers. The reason behind their popularity is that they predict incidents that infect the world and, actually, some of the wars and incidents Nostradamus foresaw reportedly came to reality. When it comes to 2018 predictions, the prospects are not bright; they are violent, brutal and serious, as 2018 might bring World War 3 onto the scene.

The Nostradamus World War 3 came on the scene as the masses felt depressed for being unable to control their lives or the world anymore; the world powers, politics and economy are the factors that subdue people terribly. Visionaries, including Nostradamus, have predicted that the world is underway to witness bloody times. Nostradamus also asserts that the world will end after a drastic war between good and evil. The era we are witnessing has certainly given hints about the bloody years to come.

Nostradamus reportedly used to look into a bowl full of water and envisions what might occur in the future. Nostradamus credited incidents and events, including the 1871 Great Fire of Chicago, the rise of Adolf Hitler in the 1930s, and the rise of President Donald Trump in 2016.

When we consider Nostradamus’s future predictions we may find common hints and highlights, mostly negativity. Thus, negativity will get promoted all over the world and will run intensively; as world powers: the US and Russia are showing signs that they will come to blows one day and that day is coming soon. Here is the list of top 10 Nostradamus Predictions.

Nostradamus predicted a massive volcanic eruption in 2018. The volcano lies in Mount Vesuvius in Italy, and it will destroy the earth “every five minutes”, ending between 6,000 and 16,000 lives. Of course, we all fully acknowledge what happens when volcanos hit Italy. 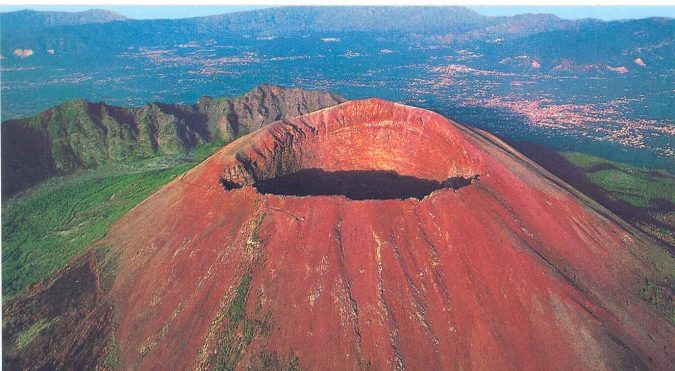 9 Humans will speak to animals

It is already happening; we have heard about dozens of animals, mostly apes and chimps were being trained to communicate using words like human beings. However, Nostradamus prediction this time included pigs as they will finally join dolphins and dogs and become friends with humans. Nostradamus’s prediction displayed a vision of scientific and biological development as genetic mutation will render humans capable of communicating verbally with animals. 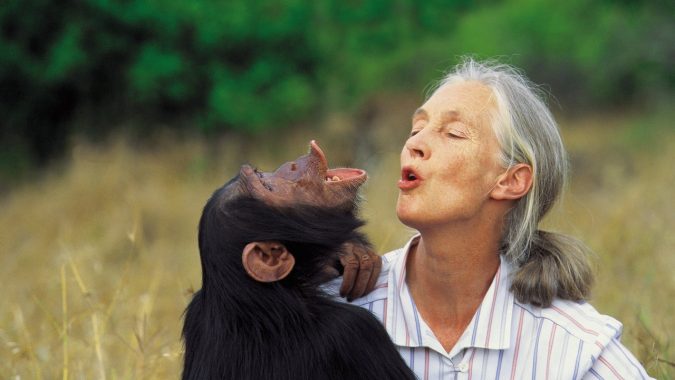 8 The most massive earthquake that will strike earth

We are all fully aware of the disasters and ruins earthquakes cause in China, Haiti, Italy and of course Japan, leaving thousands of people homeless and helpless. Nostradamus was referring to a massive earthquake that would hit the earth for ages. However, what makes the Americans worry about that earthquake is the fact that it will not hit the far eastern part of the globe as precedented, but the western world, “particularly the western area of the United States. Its power shall be felt in lands throughout the globe”. 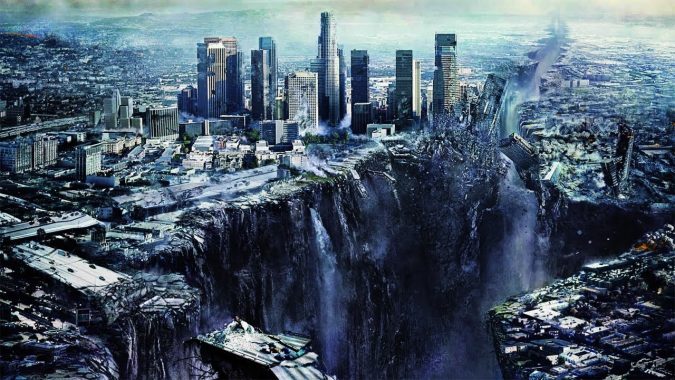 Of course, natural disasters and wars affect economy and politics. So, 2018 is witnessing massive economic collapse leading to several deaths of businessmen as “the rich would die many times over”, according to Nostradamus’ prediction. 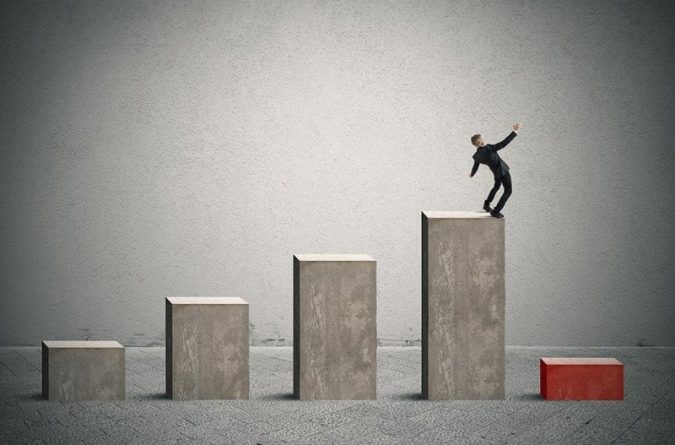 Would you believe that humans will be able to live beyond two centuries with all the smoke, wastes and pollution hitting the environment? “The advancements of medicine will raise humans’ life expectancy reportedly might be up to at least 200 years of age. A man of 80 years will seemingly be like a man of 50 and so on. will look just like a 50-year old”. As a matter of fact, life expectancy has mounted to an average of 80 years old in some developed countries. People who are over 100 years old will be in large numbers, as the 101-year-old David Rockefeller died on March 20, 2017. Moreover, we should not get past the fact that cosmetic surgeries have made it possible for people to prolong the age of their youth. However, excessive plastic surgeries lead to disasters. 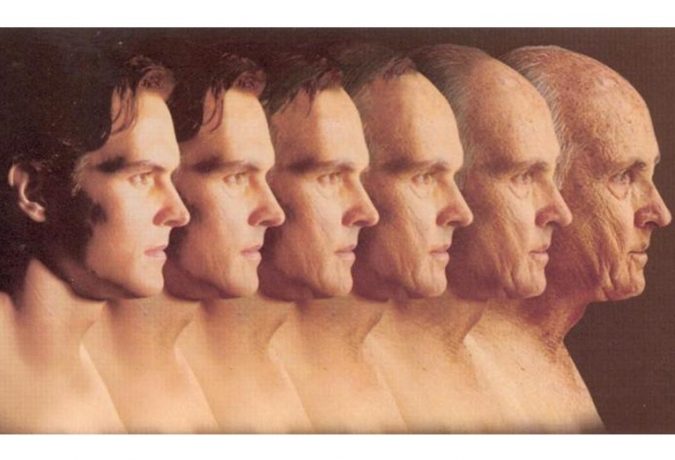 You might get surprised or most potentially shocked if you came across a law demands that you have a permission or license to give birth and have children of your own. Yesh, there are speculations provoked over the parenthood permission. However, 2018 is a few months ahead, so we are going to see and observe what will happen regarding such controversial issue. “Those who want to have children will require a license or a permit. They won’t be able to act as they please” Nostradamus said. As a matter of fact, China has already constituted such law, officially put an end to uncontrollably giving birth to children after having only one, in an attempt of taking control over the mounting population. Some governments are trying to experience the same policy constituted by the Chinese government. 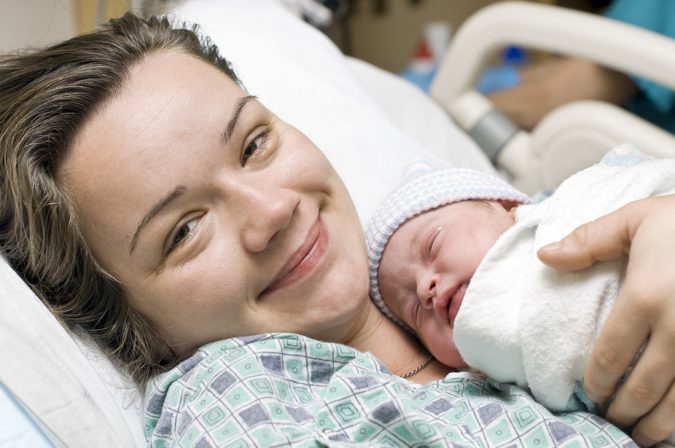 A climate catastrophe will hit the earth and dry glaciers up. The visionary warns that “the King will rob the forests” (uncontrolled deforestation?) and that “the sky will open and the fields will burn up from the heat”. We can see what happened to glaciers in Montana and Canada. Hence, we can tick this one. Global warming! Check!

What defines a nation more than its native language and mother tongue? Yeah, that is what Nostradamus was discoursing about. Nostradamus predicted that languages would die and the world will retrieve its old status before the Tower of Bable. Furthermore, people would use a motor language as we use computers today. Apparently, nationalism is showing signs to die out. 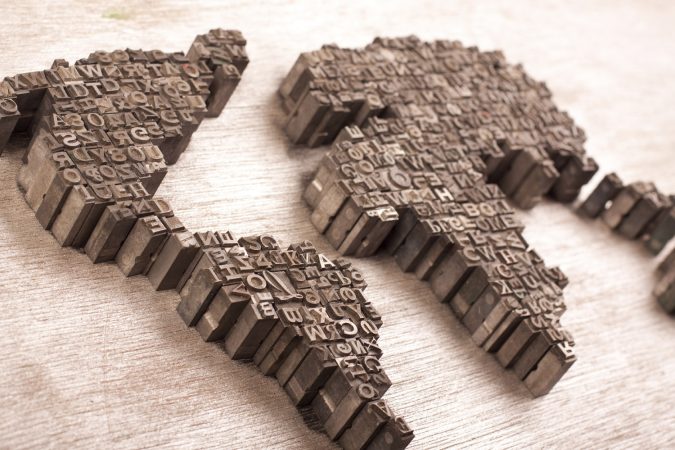 2 End of taxes in the West is near

President Donald Trump has shown signs that he would reduce income taxes. In addition, several European parties with fine chances are now going that route of garnering voters that they would reduce taxes as well, in an attempt to work on economic progress. 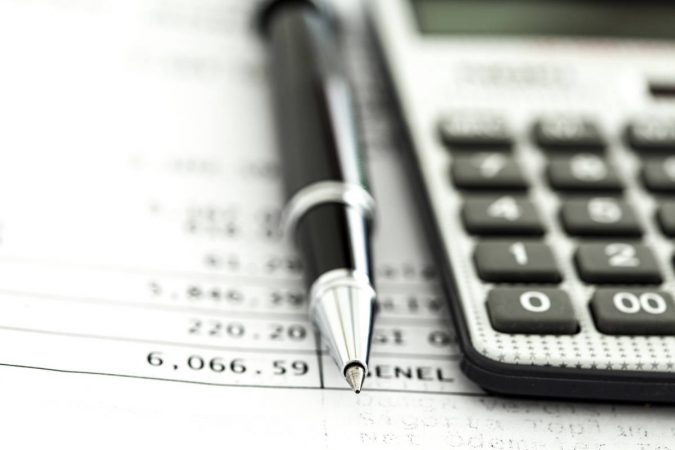 And now, are you ready for the Big One?

The speculations are provoked over the fact that the world’s two dominant powers: the United States and Russia are at odds. As Nostradamus puts it, “A war will start between the two great world powers and it will last for a period of 27 years. A moment of great violence will coincide with the appearance of a comet in the sky. A nuclear terrorism and natural catastrophes will destroy our planet until a giant planet shall approach the earth”. After considering the description, we can fully acknowledge that Nostradamus actually had a vision of World War in his mind at the time. Of Course, the United States will assemble its allies, while Russia will collude with China and fewer countries and world powers will come to blow against each other. 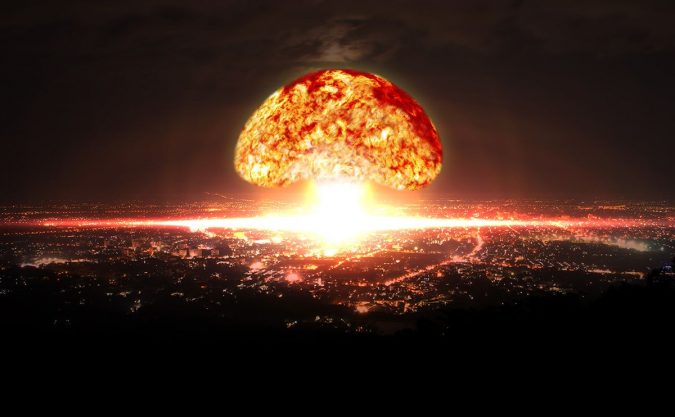 Even though some incidents on the list have shown signs and have actually come onto the scene, but we, humans all over the world, wish we can live in peace in a world not distorted by wars, disputes, and fights over power, lands, and goods. All we can do is to embrace our humanity and create a world of peace; the world that John Lennon has IMAGINED.

Top 10 Gifts to Get Your Guys This Summer 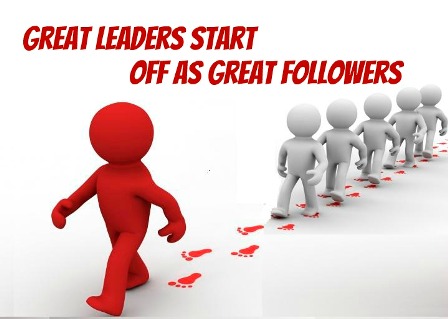 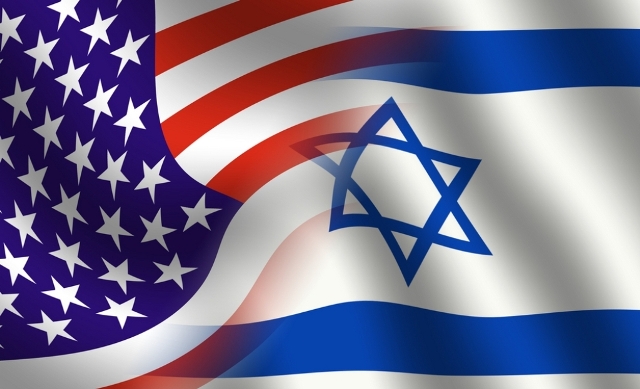 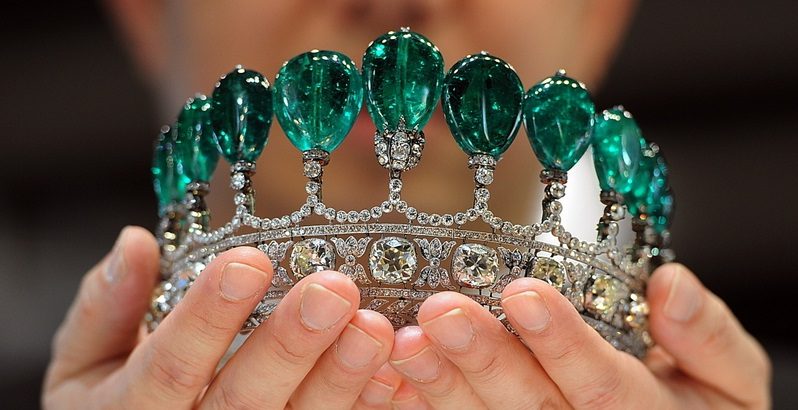 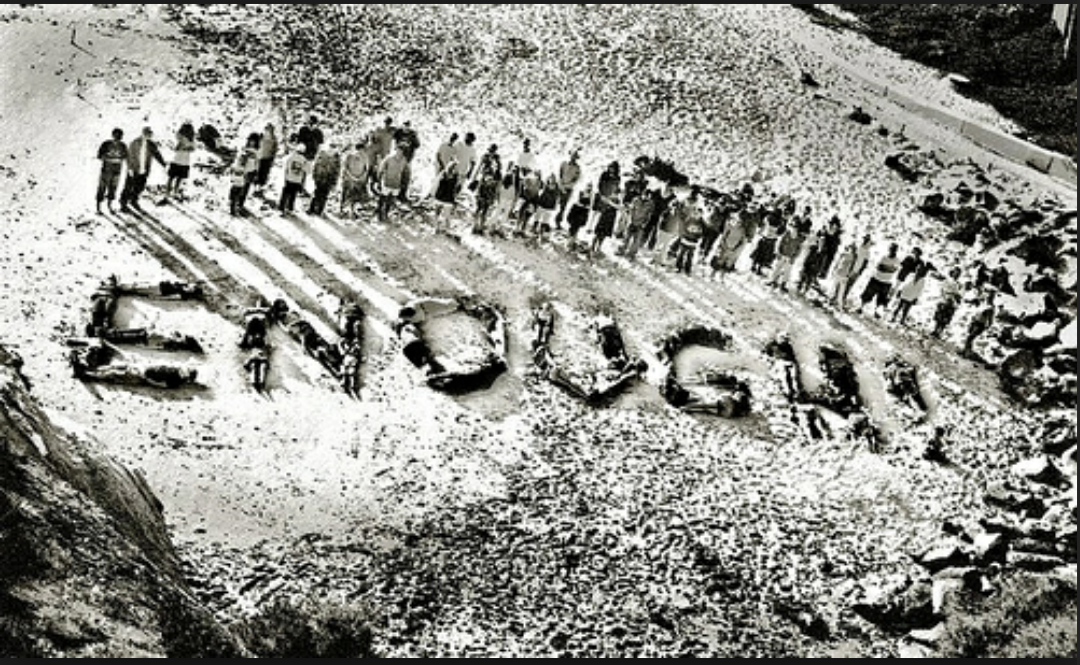 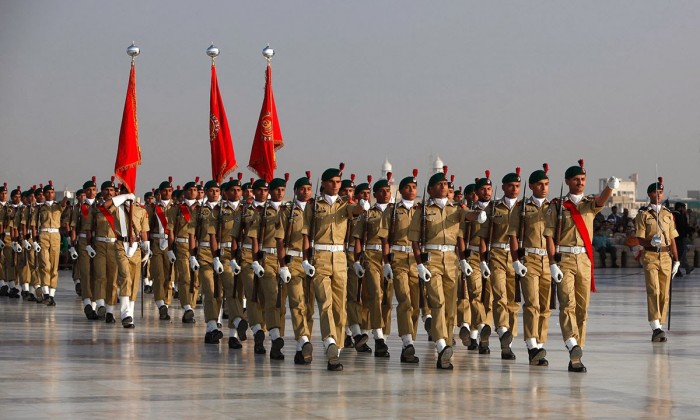 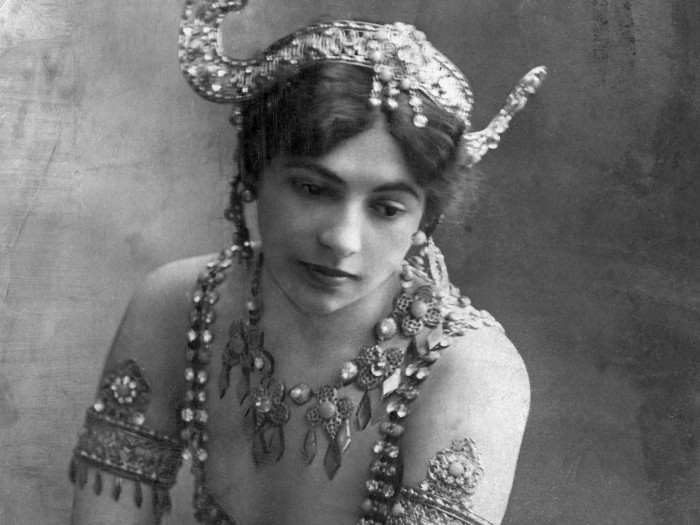