Almost everyone wants to start in a fresh new location when they begin their professional careers. The idea of the big city and all the potential opportunities that come with it is sometimes just too tantalizing for people to ignore. However, what are the best cities for these aspiring young professionals, and what should they be looking for in their future residential areas?

Here are ten of the best places for young professionals to kick-start their career:

What doesn’t New York City have to offer to young professionals? Not only is the home of Wall Street the business capital of the United States, but it also possesses the nation’s largest population base. The combination of the two makes New York an economic powerhouse, which is great for young professionals that are looking to start their career. Although the cost of living may be high, there are so many potential opportunities in New York that the cost is well worth it. 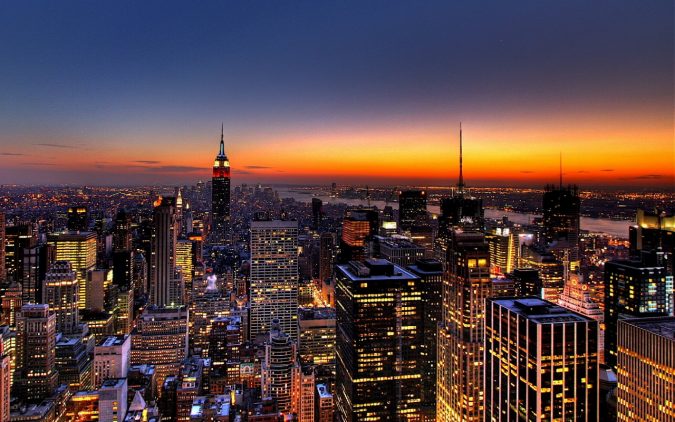 There’s more to this city than just Mickey Mouse and Disneyworld. Orlando is rapidly growing economically and in terms of population. This makes the city much more of an attractive destination for young professionals. Not only does the city house many job opportunities, but the city is also lauded for its quality of life. Residents not only get to enjoy a slew of potential jobs but also Orlando’s great climate and all of the entertainment options the city offers. What more could you ask for from a location? 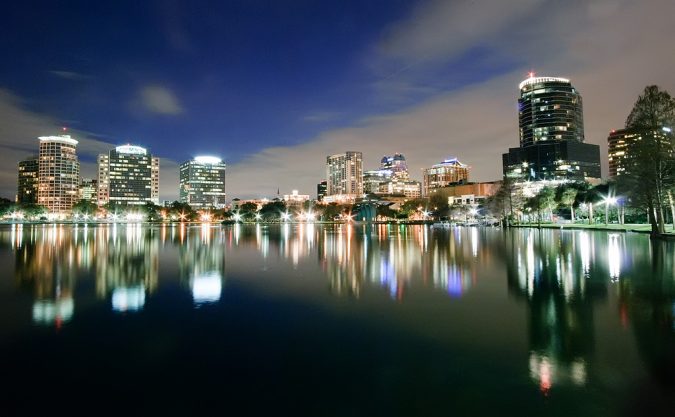 Utah may not typically be known for its economic prowess, but Salt Lake City is actually one of the most attractive destinations for young professionals. Salt Lake City has one of the youngest populations in the country, so young professionals will fit right in. Also, despite its reputation as a conservative religious town, the city is actually becoming more open-minded and friendlier to the influx of younger adults moving in. If you combine these facts with Salt Lake City’s rapidly growing economic base, the city becomes a pretty attractive destination to start a career in. 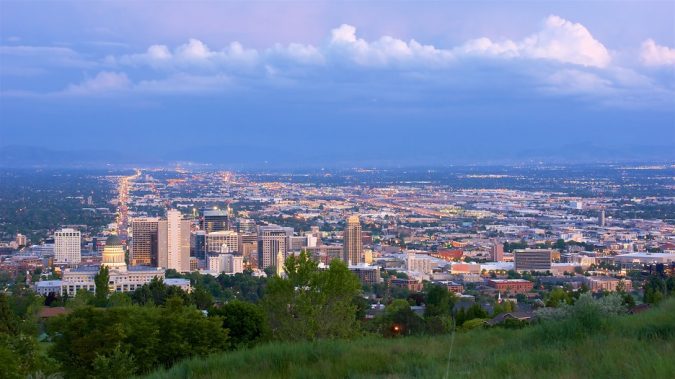 Texas is home to some of the best places for young professionals, and Austin is no different. Austin offers many of the opportunities its larger counterparts Houston and Dallas do, but without the hassle or large price tag. Since Austin is not as large of a city, Austin real estate and the local cost of living is lower than other large Texas cities. However, this does not hinder the economic opportunities that Austin has to offer. The Texas capital is home to a variety of large corporations that would be perfect for young professionals. If you’re looking for the best of both worlds, Austin may be the place for you. 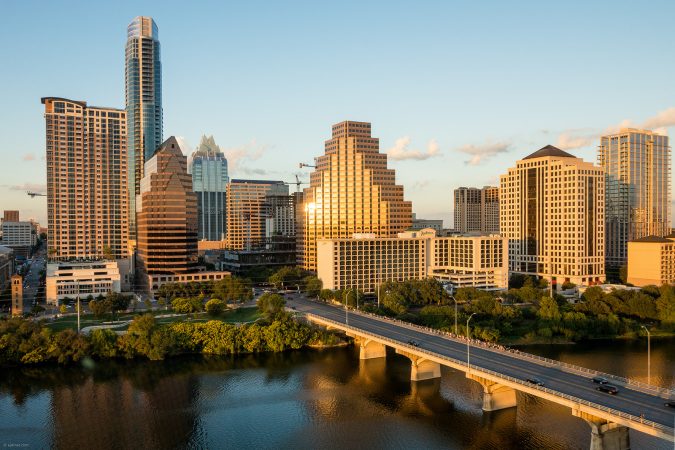 El Paso may be a hidden gem when it comes to opportunities for young professionals. The local economy around the city is booming thanks to its prosperous relationship with Mexico. The city is the second busiest international crossing point in the U.S behind San Diego. El Paso is also home to a Fortune 500 company, while many other Fortune 500 companies have offices in the city. In addition, since El Paso isn’t that large of a city the cost of living is relatively low. El Paso offers young professionals a slew of opportunities both domestically and internationally, and it all comes at a relatively low cost of living.

Atlanta has one of the largest economic bases in the country with a GDP of over $300 billion. The city does so well economically due to its large concentration of Fortune 500 companies and other large corporations in its metro area. The Atlanta metro area is practically oozing with potential career opportunities for young professionals. However, Atlanta does not only offer corporate opportunities. Many famous media outlets call Atlanta home as well, including TNT and CNN. Atlanta is also becoming a location where youth culture is thriving. The music and film industry has been focusing more and more on Atlanta, as many famous musicians and actors are from the area. Atlanta’s fame in pop culture is beginning to rival that of Hollywood or Los Angeles. Who wouldn’t want to work with one of these major companies and be surrounded by an abundance of culture. 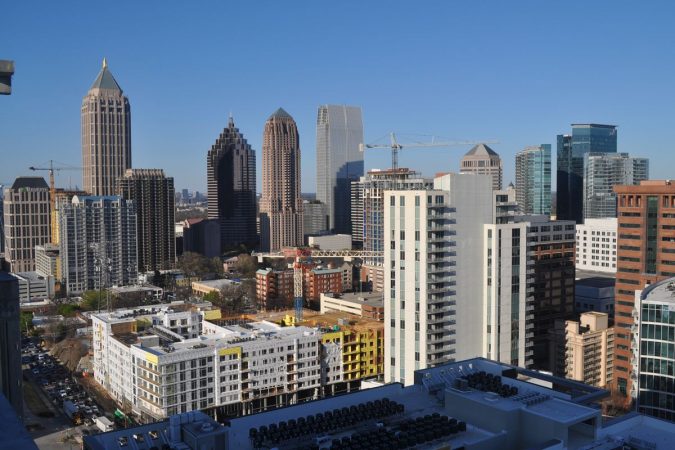 Seattle is quickly becoming a huge economic hub for tech companies. A handful of relatively new companies such as Amazon and Starbucks are transforming the city into a vibrant and prosperous area. In fact, Amazon alone takes up about 20% of the city’s available office space. The city also has a major port, a port that is key to trade with Alaska and Asian nations. The influx of new companies in trade is creating a large job market for the area. 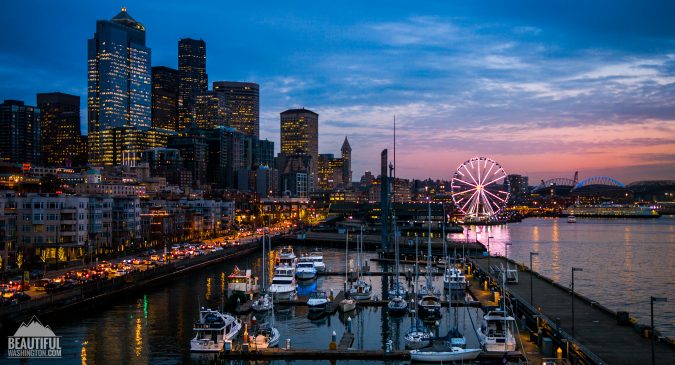 In addition to its great economy, Seattle also possesses great culture. Over 90% of Seattle’s population has at least a high school degree, making it one of the most educated populations in the country. However, Seattle isn’t perfect. The weather in the area is typically cool and rainy, and the city is beginning to pay the price for its prosperous economy. The cost of living in Seattle is very high, and it will continue to rise as local companies like Amazon and Starbucks continue to prosper. However, it may be worth overlooking these flaws in order to land a career at one of Seattle’s rapidly growing companies.

Portland has recently been able to attract a lot of young adults to its metro area. The Rose City is famous for its environmentally friendly population and policies. Youth culture has taken hold of the city as evident by the “Keep Portland Weird” campaign. However, Portland’s culture isn’t that only unique thing about it. The Portland metro area has strong ties to major companies such as Nike and Intel. Portland may not be the first city people think of when trying to start a career, but with such a unique culture and a rising economy, it is definitely a strong contender. 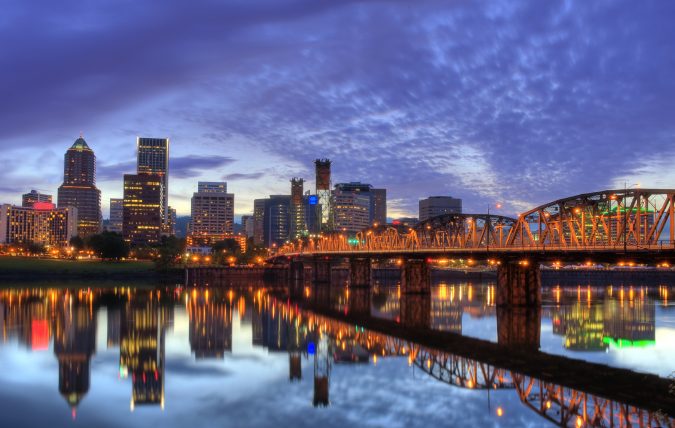 With a great economy and unique location, Denver is a strong contender to start a career in. Over recent years Denver has been one of the fastest growing cities in the U.S, and companies have noticed. Many major companies call Denver home, creating many career opportunities for young professionals. Denver’s unique location may also attract young professionals. The Mile High City is located in Colorado and is surrounded by mountains and hills. The beauty of the city’s local geography may be more than enough to attract some young professionals, and the city’s booming economy will likely be more than enough to make them stay.

One of the most obscure cities to start a career on this list is Des Moines. Des Moines is the capital and most populous city in the state of Iowa. However, just because the city is located in Iowa does not mean that the city is dedicated to potatoes and agriculture. Des Moines is a rapidly growing city with a lot of potential for economic growth. That’s one of the many reasons that Facebook decided to put a major data center in Altoona, Iowa, just outside of Des Moines. Other companies are following suit and beginning to expand to the city, creating a tremendous amount of career opportunities. 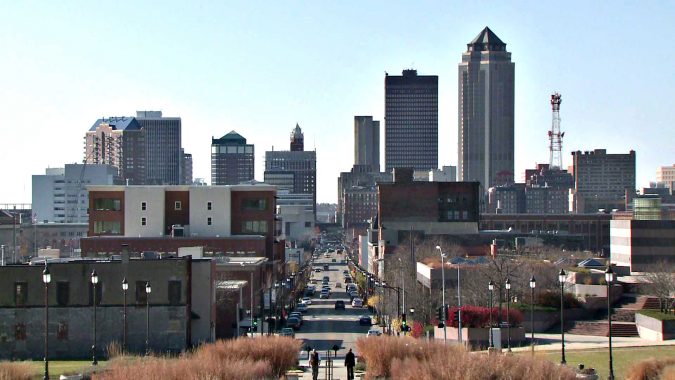 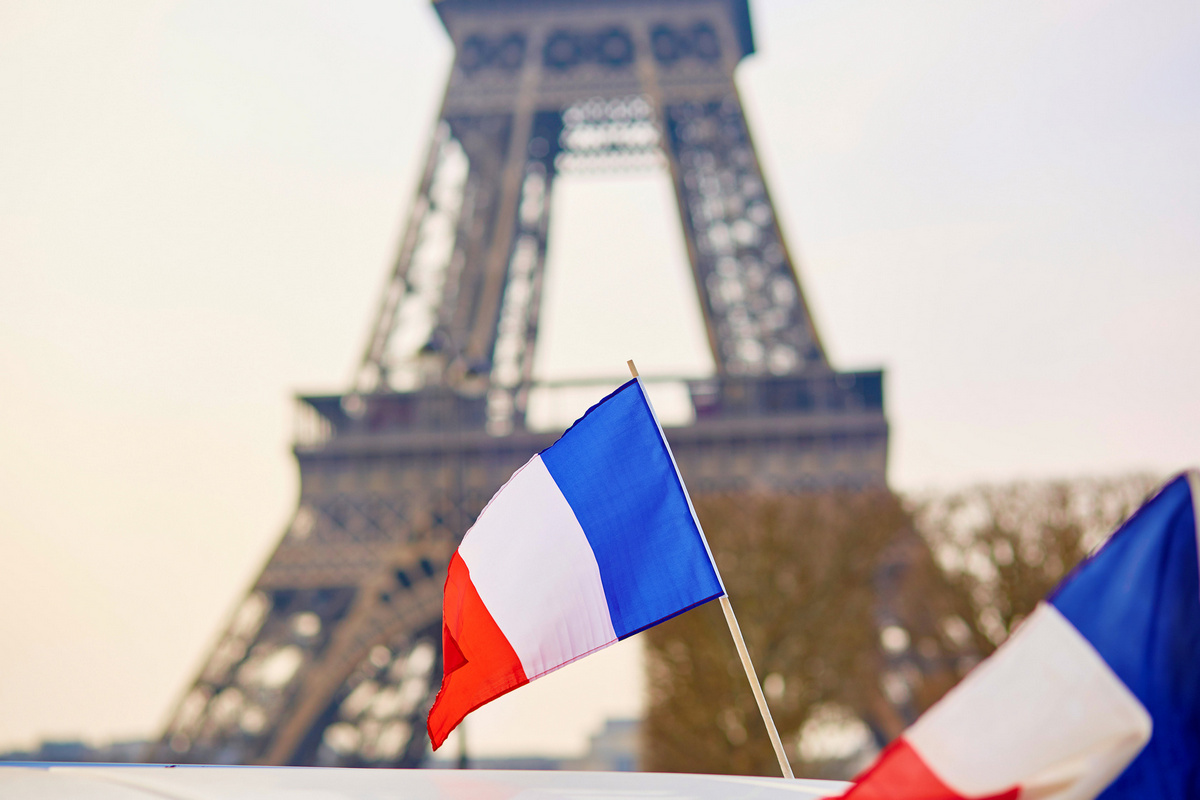 Top 10 Most Famous Landmarks in London 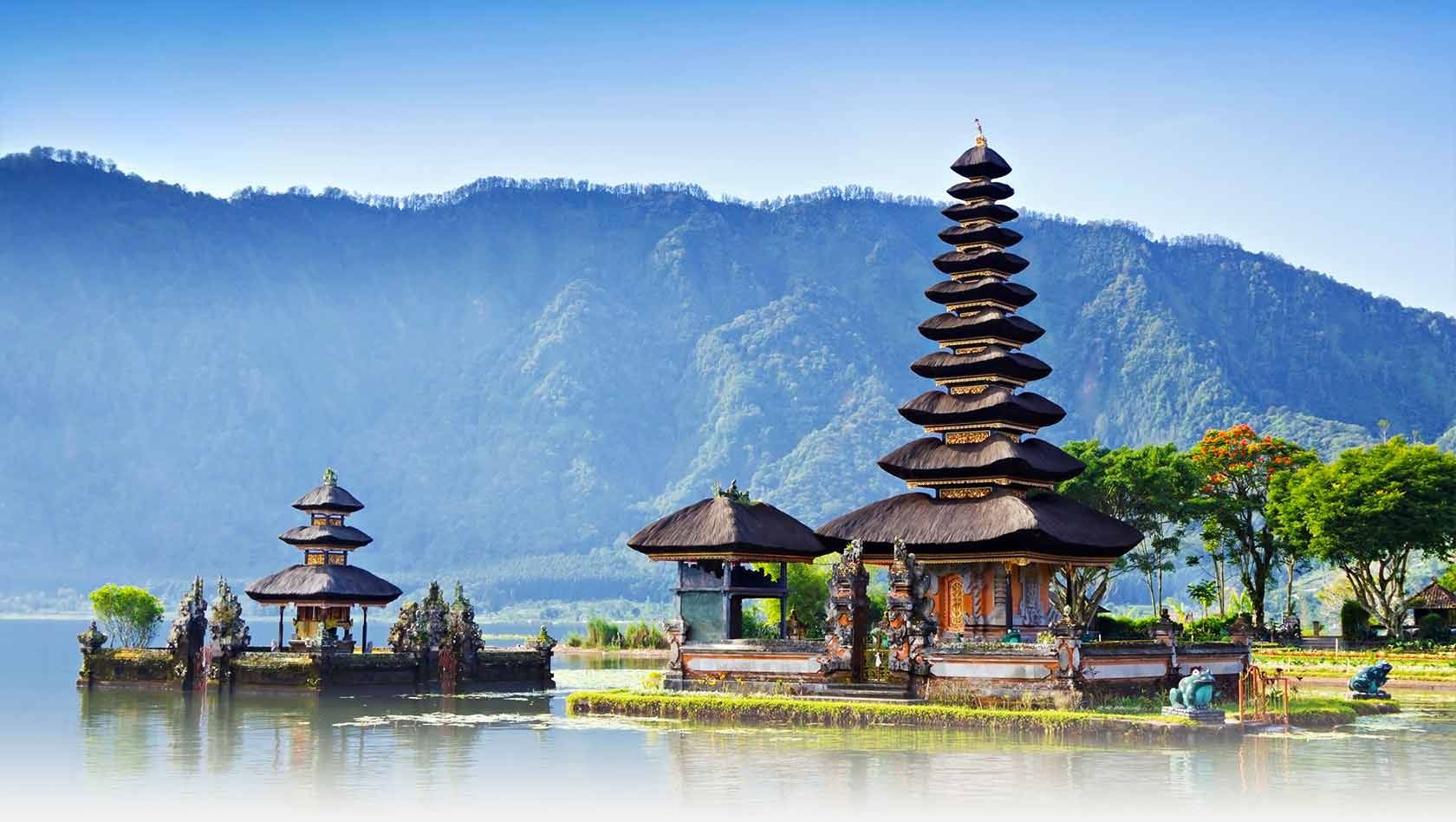 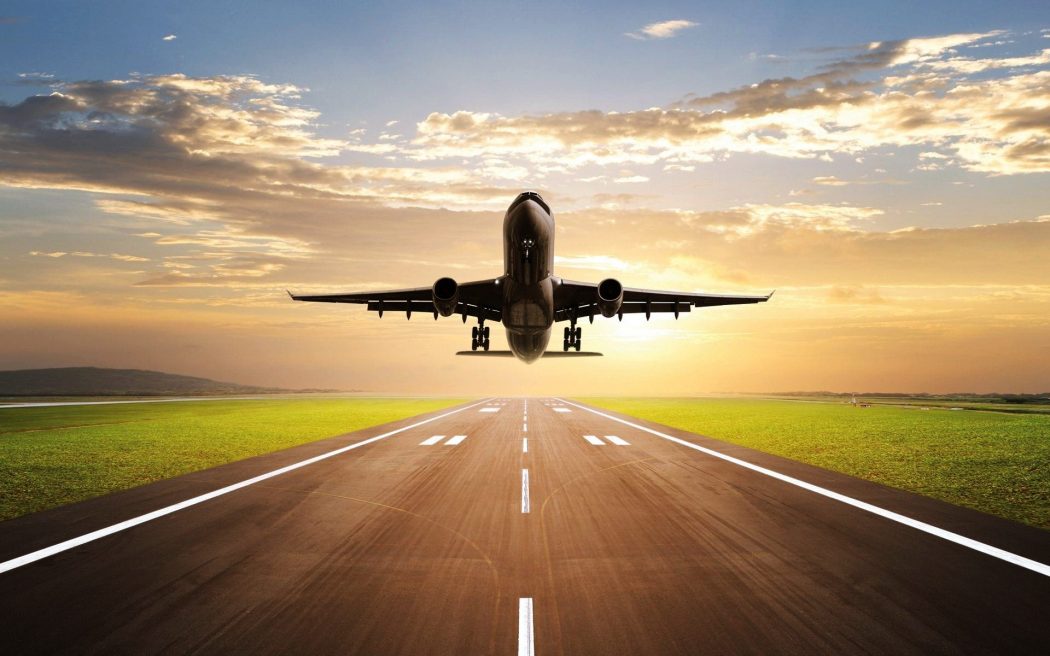 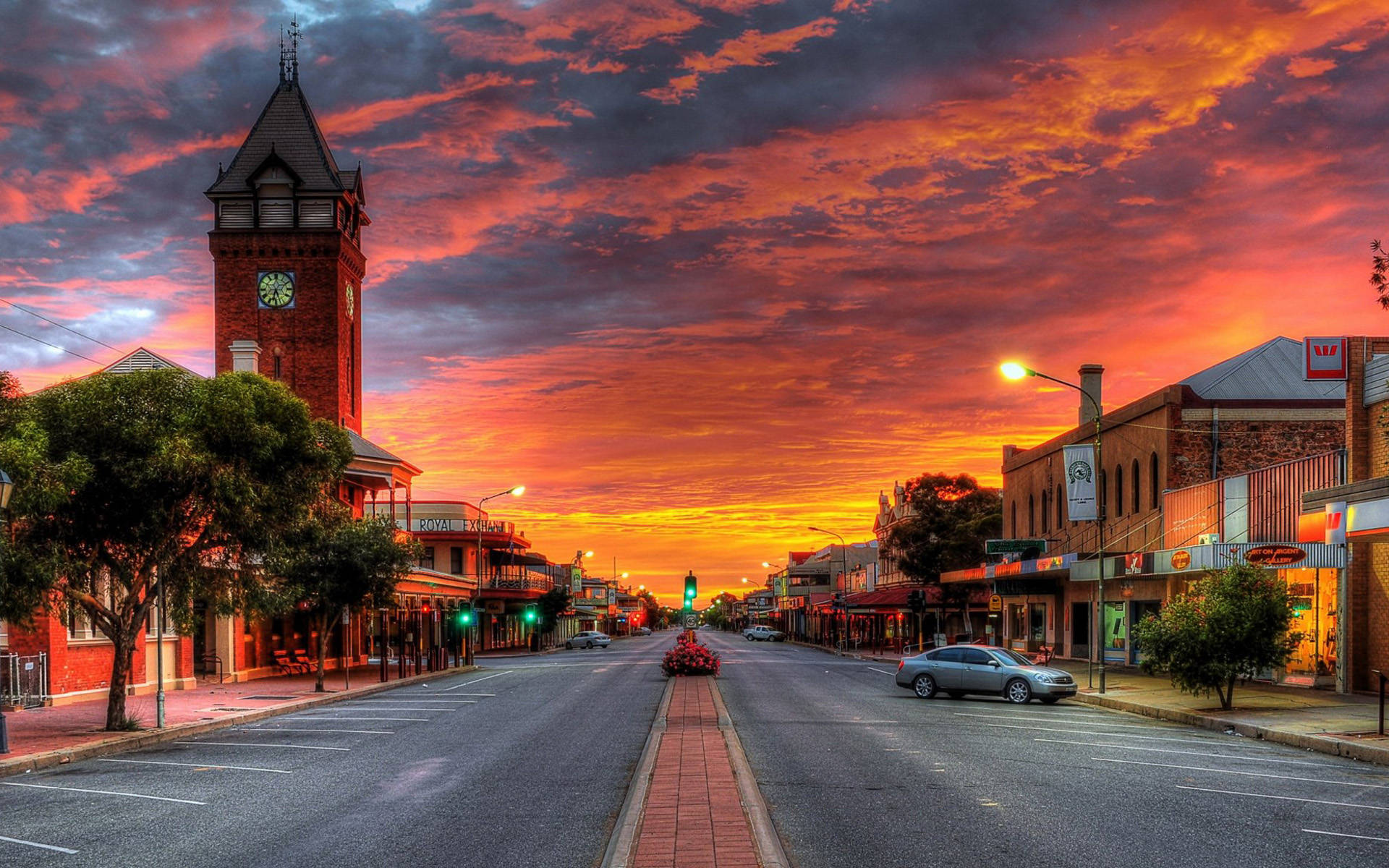