Testosterone is what makes a man a man. It’s the driver that builds muscle even after 40, drops body fat and enhances libido. As a male, your goal should be to get more of it. However, men today have less testosterone than at any other time in human history. And, as we age, we get even less of it.

Protein and vitamin D are vital for boosting the level of testosterone in the body. Among the foods rich in them are tuna, better be fresh or packed in water, shellfish, beef as well as white meat, low-fat milk, and eggs, especially the yolk. Another source that would allow fast absorbing of protein is the whey protein smoothie. The proper amount of protein in your system, combined with working out, accelerates the muscle growth which boosts the testosterone in the body. 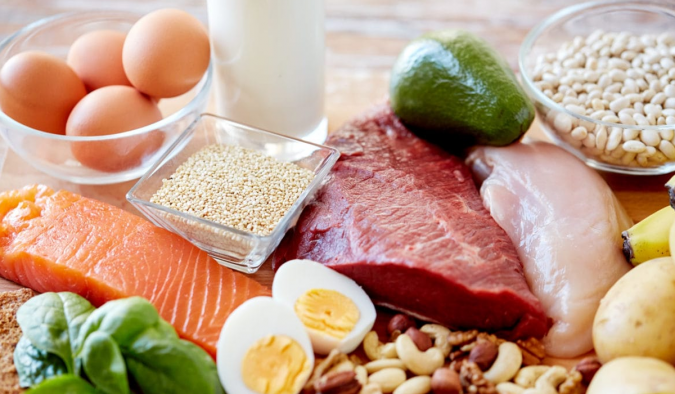 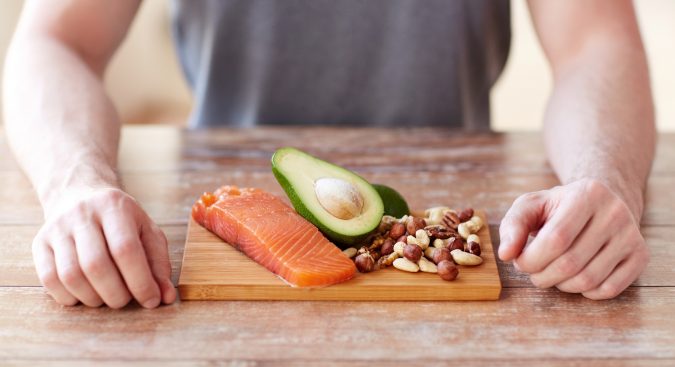 Exercising, in general, has numerous benefits to your body; it strengthens the muscles and keeps the body healthy and immune to many diseases. Increasing physical activity has shown recently to boost the testosterone level. Therefore, exercising regularly is essential for those who seek to boost the hormone levels naturally, or to employ the method as a prevention measure to delay its decline. Intensive weightlifting, as a resistance training, is an effective way to achieve your purpose. 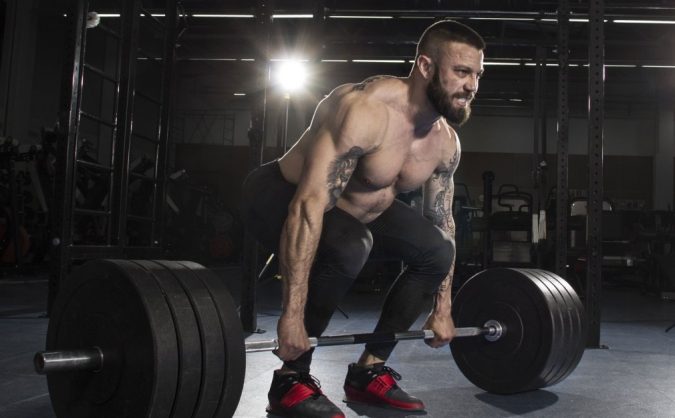 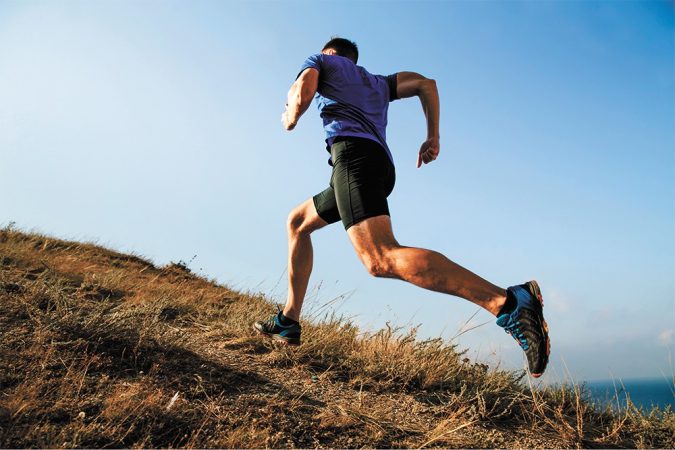 The following supplements (source: GarageGymBuilder.com) have been shown to increase testosterone production in the body:

Oyster Extract – Zinc, which oysters are rich in, is a powerful booster of testosterone. It is significant to keep an eye on the zinc level in your body, for its decrease would raise the estrogen.

Vitamin D – Various reasons could lead to a deficiency in Vitamin D, including the exposure to sunlight. Its decline is directly linked to low testosterone. Therefore, the consumption of more Vitamin D will aid in supporting your hormone production and sexual health. 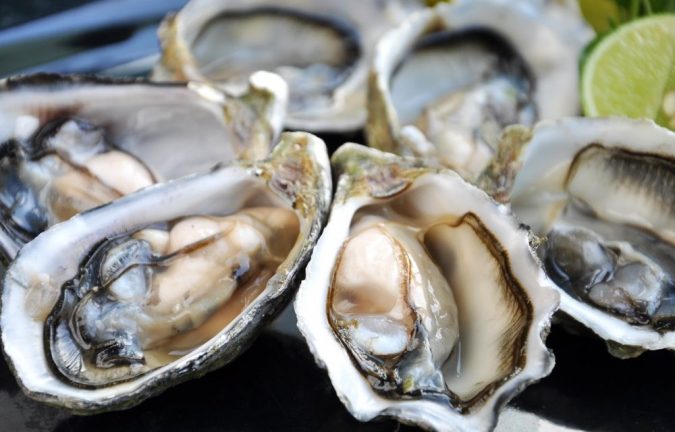 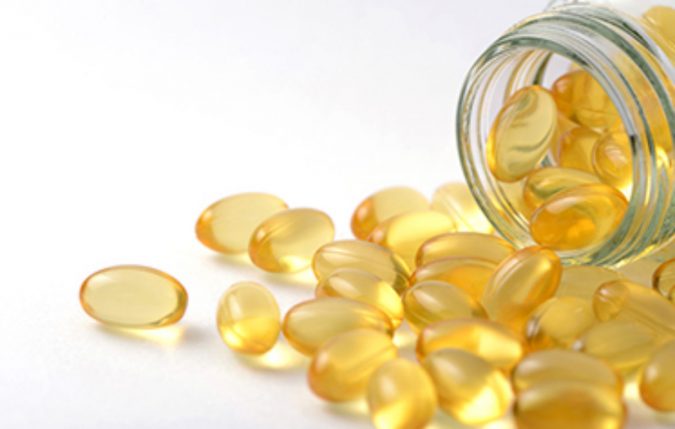 The way that you eat has an impact upon your body’s production of testosterone. The following practices have been seen to work the best to promote ‘T’ production: 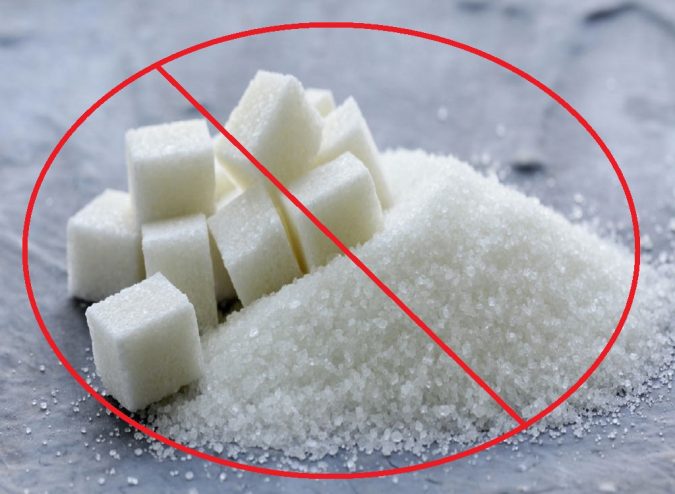 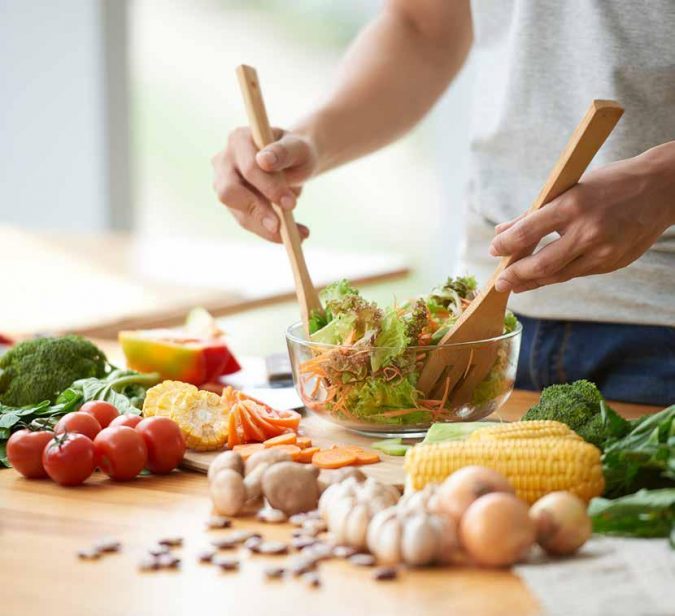 Maintaining a regular sleep pattern will allow your body to secrete hormones according to a balanced, set pattern. However, when we are inconsistent in our sleep habits, we throw out our hormonal clock, which causes us to suppress the release of such key hormones like testosterone.

Do not have a large meal within two hours of going to bed. You will upset your digestive process which will, in turn, prevent you from getting a good night’s sleep.

Try to go to bed at the same time each night and aim to get at least eight hours of sleep. Make your bedroom as dark as possible. Refuse to take technology into your bedroom (including your phone). Make the bedroom the place where you rest, not where you engage in social media.

Avoid alcohol as well as stimulants such as coffee or tea within an hour of bedtime. Contrary to what many people think, alcohol will not put you to sleep – it will do the opposite.

Avoid extreme mental or physical exertion before bedtime. Exercise will help you to get a good night’s sleep, but not if you do it in the evening. Taxing your brain is also good for you, but may also keep you awake if you strain your brain too late in the day. 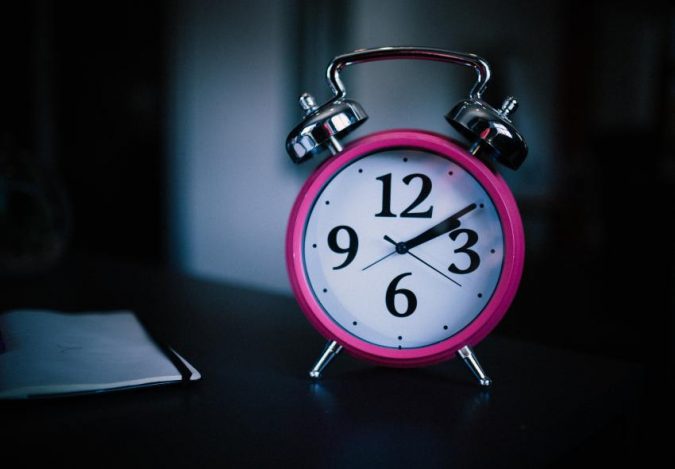 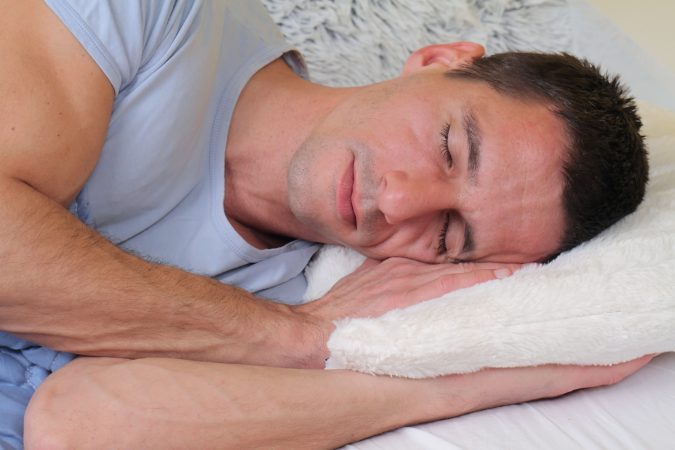 Royal Jelly is an anabolic porridge-like liquid that is secreted from the hypopharynx glands of the worker bees. The powerful product of them is quite rich in nutrients that it enables the bee larvae 40-time longer life and 60-times bigger growing than the average rate.

For royal jelly’s benefits as a testosterone booster, it is found to comprise a low amount of the hormone. Besides, it could turn DHEA and cholesterol into testosterone, for royal jelly allows more release of luteinizing hormone by stimulating the pituitary gland as well as enzymes in the testicles. A study on infertile men showed the Royal Jelly raising testosterone levels to 20%. 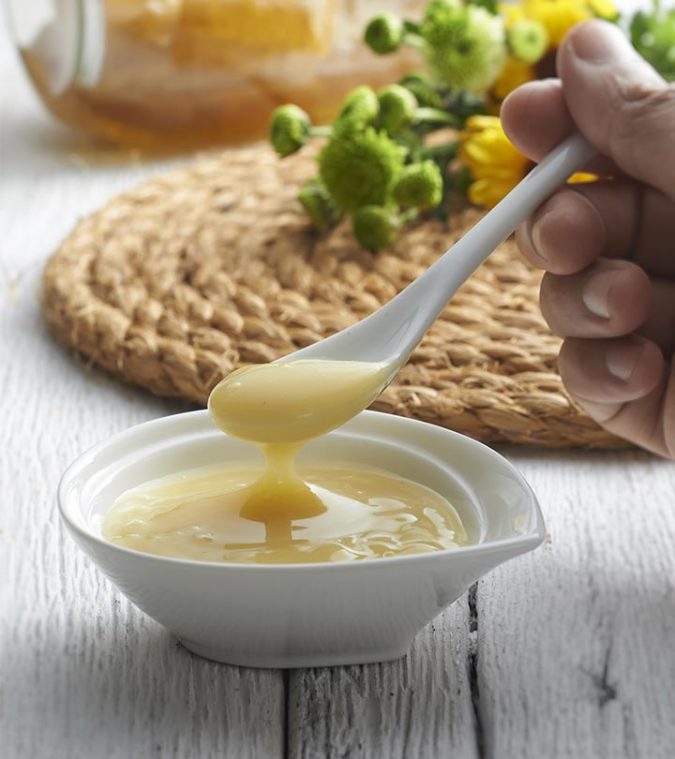 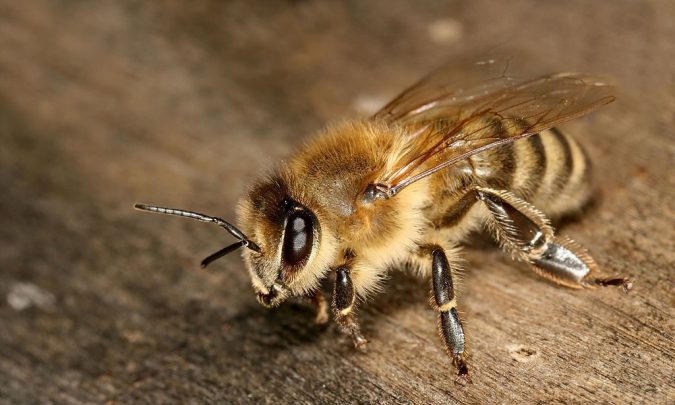 Flaxseeds have become extremely popular in recent years. They have been aggressively promoted as a wonder food due to their high levels of Omega 3 fatty acids. However, if you’re interested in your manhood, you may want to reconsider your flaxseed consumption.

Flaxseeds are incredibly high in a compound known as lignans. Lignans are estrogenic and work against testosterone production. A 2001 study gave a 30 gram per day dose of flaxseed to 40 men for 30 days. Over that short time, the men experienced a 10% drop in their total testosterone levels. 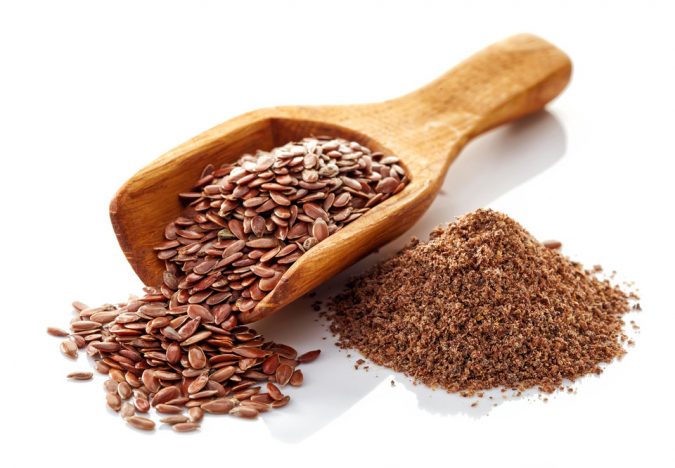 Licorice is a quite favored snack food, especially in European countries. The big problem with it is that it contains a compound known as glycyrrhetinic acid. This acid is what gives licorice its distinctive taste. However, it has been shown that this acid will reduce your testosterone levels.

If you want to preserve the testosterone that you’ve already got, you simply cannot afford to put licorice into your body – no matter how much you love the taste. 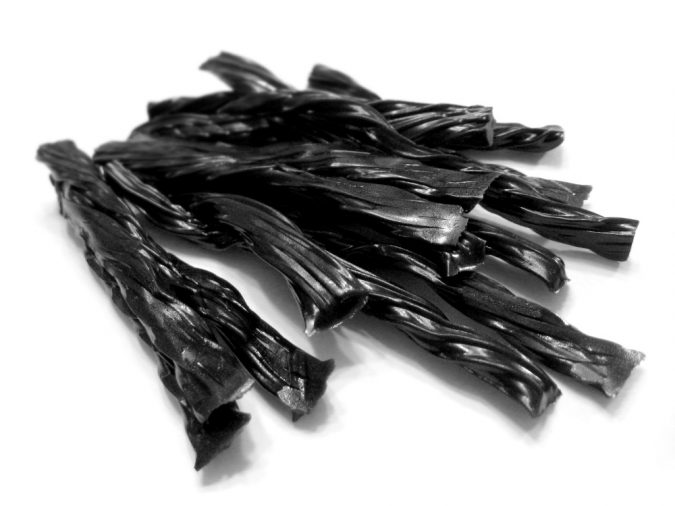 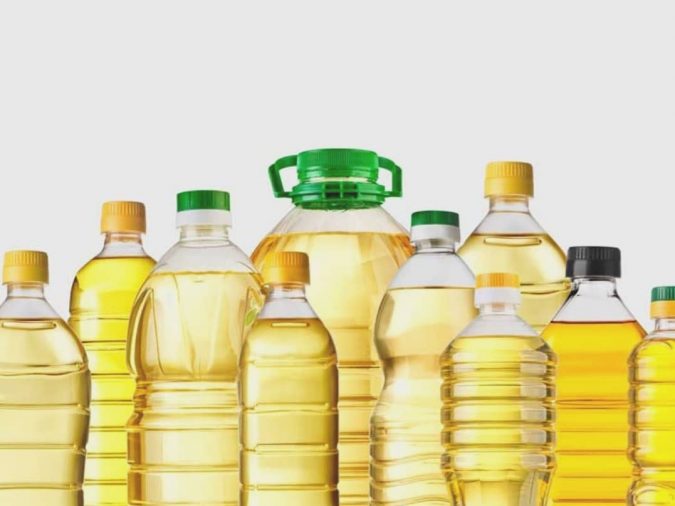 Despite the stereotype, the beer indeed does not make the man!

Ironically, the first three or four drinks have been shown to increase your testosterone levels. From there, though it’s all downhill. The effect that alcohol has on the body is dose-dependent. It also depends on the size of the person. But, the pattern is clear.

Alcoholics tend to have super high estrogen levels and pathetically low testosterone levels. That’s also why you see the massive beer belly and terrible skin on guys who overindulge.

However, strategic use of alcohol can be useful. Subjects in a study out of Finland consumed half a glass of vodka immediately after resistance training. This had the effect of boosting their testosterone levels by 100%. If you want to try this after working out, stick with a straight liquor, such as tequila, rather than beer – and just the one! 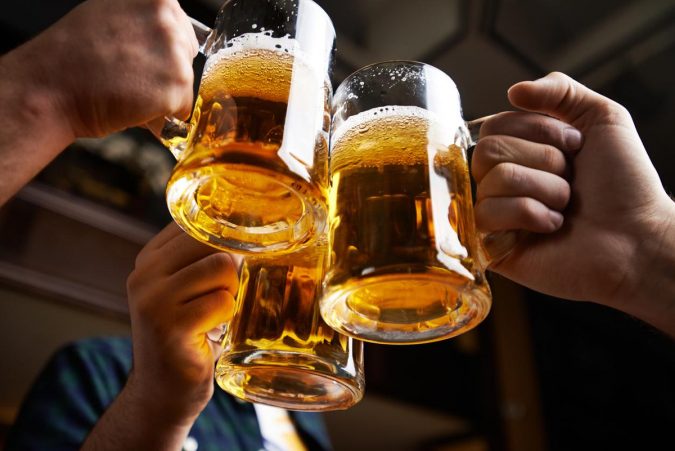 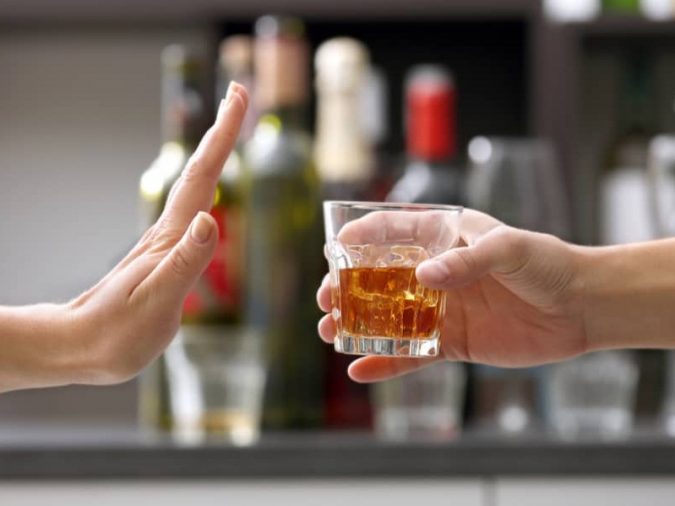 Soy foods have become hugely popular as smart health alternatives over the last decade. Ask most people, and they would tell you that they consider soy to be a great choice for overall health and vitality. After all, it’s a fat-free source of protein that has been shown to help protect against prostate cancer.

There is, however, a dark side to the soy story. It comes in the form of two enzymes – genistein and daidzein. It turns out these enzymes, known as phytoestrogens, are extremely unmanly.

In fact, they promote female hormone release –as in estrogen. Taking just 25 grams of soy protein into your body has been shown to create hormonal havoc, leaving you anabolically deprived and estrogen enhanced.

The soy that is sold today has been chemically stripped of its nutritional value. It has also been genetically modified and is loaded with pesticides and chemicals. As well as pumping up your estrogen and depleting “T” levels, it is terrible news for your thyroid.

The crazy thing is that places like GNC have shelves that are packed with soy protein powders that claim to turn you into an anabolic superhero. Don’t be fooled. Look beyond the guy with vein-popping 22-inch biceps on the label – he got them by injecting synthetic testosterone (i.e., steroids) directly into the aforesaid veins – and save your money.

If you are keen on upping your protein intake, reach for whey or casein protein – not soy! 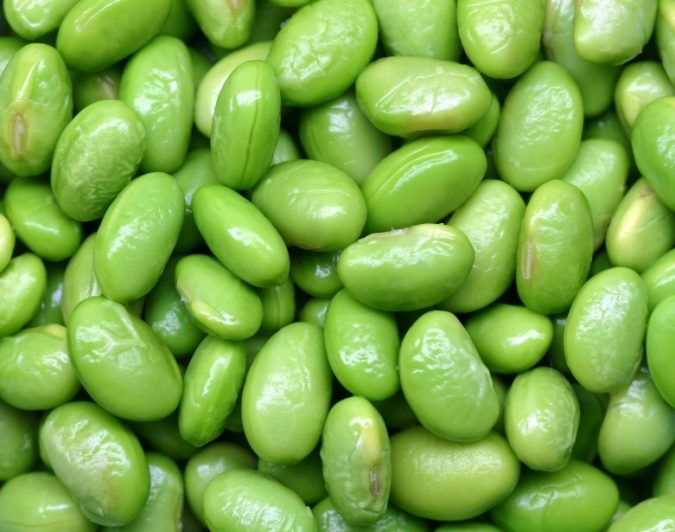 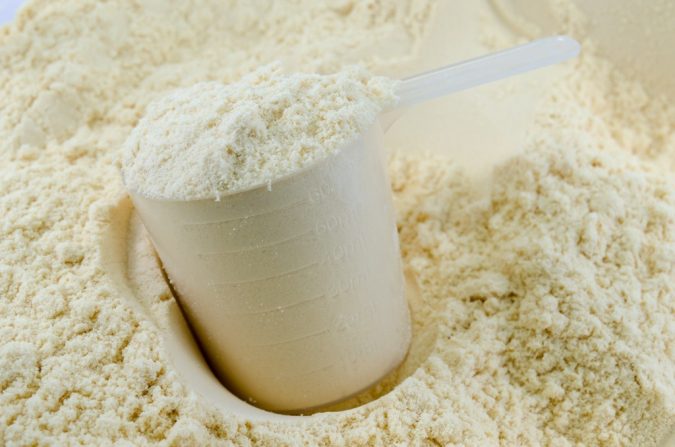 Tribulus Terrestris (Puncture Vine) is used by many bodybuilders as a post-steroid cycleway to restart their “T” production. 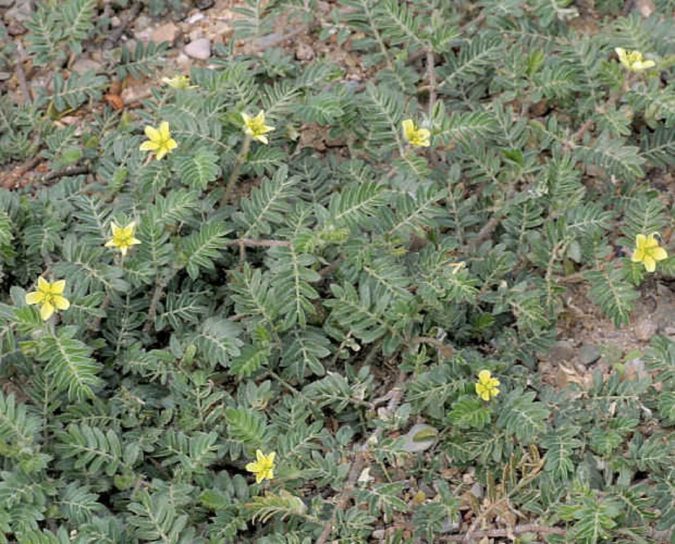 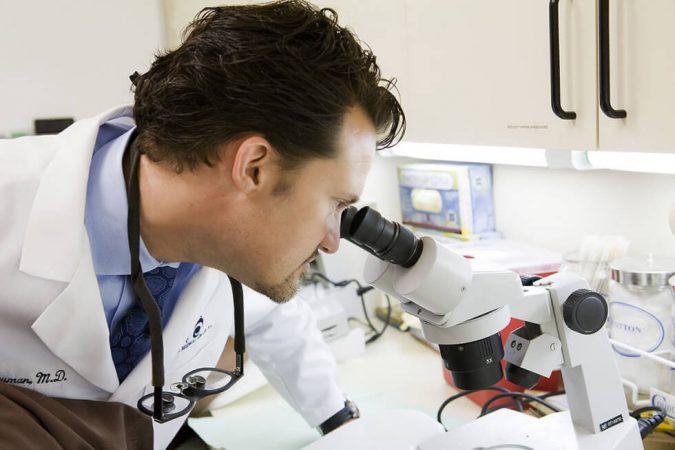