Accidents are the most horrible thing to ever happen to anyone, and no matter how hard people try to be cautious and careful, still there will be that unfortunate incident waiting for the right time to occur, or in that case we should say the wrong time since that poor victim, unfortunately, happen to be exactly where and when the accident is waiting to take place. These accidents, if not damaging, are extremely embarrassing and sometimes hilarious, especially when they happen while you are trying to appear smart and intelligent, and most of the time you cannot stop these dumb accidents from happening. What actually makes these accidents more awkward, is the advanced technologies; almost every workplace is provided with security cameras, and if not, a lot of people happen to exist in the same place when the incident occur, and sometimes they cannot stop themselves from filming with their phones’ cameras and uploading the videos on social media platforms; some others write about the strange accidents they witness and post these stories online for everyone to read, making it nearly impossible for the victim to forget about it. In this article, we introduce you 10 unusual and funny work accidents that have ever happened.

This accident took place in Switzerland. It happened for a chef  in a hotel; one time when he was using the machine for cutting meat, he accidentally lost his finger. He submit a petition for his insurance company, stating the incident and asking for a financial compensation. The insurance company sent someone to check the machine failure himself, and while he was trying it out, he cut his finger too. Despite the fact that there is nothing funny about losing your finger, the repetition of the accident this way is shockingly strange. 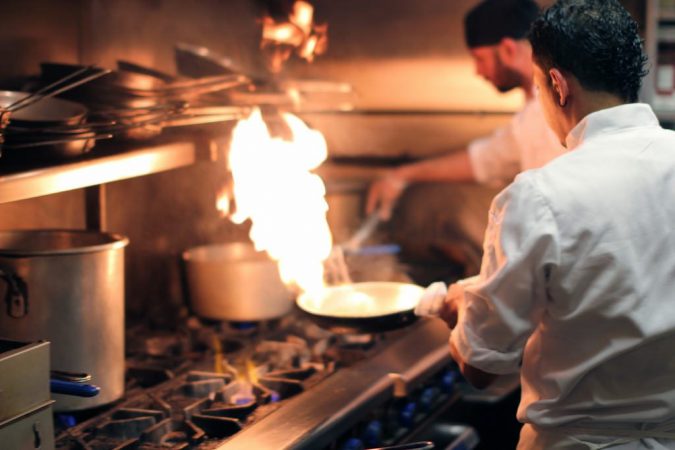 This, certainly, must have been the most embarrassing moment in this Dutch reporter’s career life; she was just starting a live interview on the national TV with a host on a boat, and once she started the interview, she leaned on the edge of the boat, but, unfortunately, she actually ended up carried by the air, falling right down into the water while the camera was on. Thanks goodness, she didn’t hurt and turned out that she has a good sense of humor; she kept laughing while the other staff reached out to help her get out of the cold water.

This accident is actually way too hilarious. A delivery guy was trying to unload some huge domestic devices out of a truck on a trolley, but unfortunately they were too heavy, so the trolley fell off the truck and while the poor guy was trying to keep it from falling, he ended up sturdily thrown in the air, and fiercely landed on the ground. Sorry to say that this guy might have had serious hurt if he landed on his head. Thank goodness he had not, but still, his flight was actually epic.

7 A Trip to the Mental Hospital

Once, a hospital bus driver who was supposed to transport some mentally ill patients had stopped the bus to have a drink. Later, he noticed that all the patients had managed to run off and disappeared. Definitely, he did not want to admit his stupidity and neglect, so he decided to find a way that would let him get away with what he had done; he went back to the bar, offering everyone a free ride; cheerfully a lot of people had accepted his offer, and he had taken the passengers to the mental hospital instead of those patients who escaped. The trick was discerned three days after the incident. The driver made a huge mistake, but one cannot deny his resourcefulness. 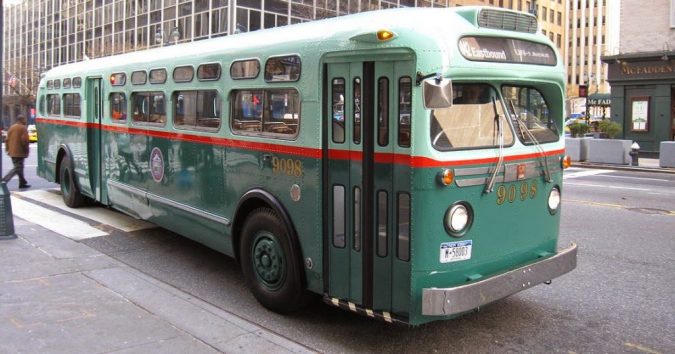 6 Desks Are Not To Be Sat On

An office camera, unfortunately, has recorded this female worker’s awkward moment. While she was in the office chit chatting with her workmate, she sat on the desk that seemed to be pinned in the wall, and probably was not properly secured; while she was too busy laughing and having some fun, the desk decided to give the poor girl some ill at ease moments, crumpling right onto the ground. The woman sat there shocked for a few seconds, and her workmates must have heard the collapsing sound, so they came into the room to see what happened, adding more pressure and embarrassment. But observing such a humorous accident is larger-than-life.

Physics was not the favorite subject for most of the students, but almost all of them thought that physics teachers are smart and brilliant for being able to teach stuff that seem too complicated. Anyway, it turned out that not all of physics teachers are that smart. This teacher proved the theory to be wrong; he was in a class doing his job, conducting a demo for the students; he let his poor assistant lie on the floor, holding a concrete block right against his chest. The teacher stood there with an axe, trying to aim at the concrete block to crash it with the back of the axe, but unfortunately, the swaying went a little off, landing directly between the poor assistant’s leg instead of on the block. It seems like the teacher was not that professional; all the pity goes to the poor assistant guy. He is one true hero. 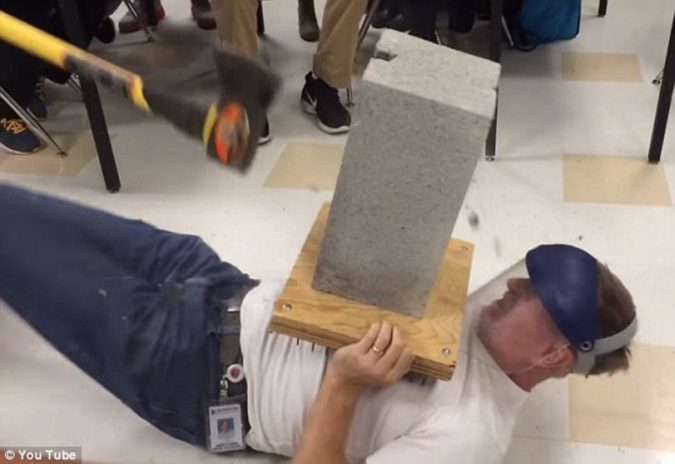 4 Losing Interest in the Job

This story was actually posted online by the guy who was already there in the core of the incident; he stated that as a supervisor, he was asked to interview some of the candidates who applied for a job vacancy as an administrative assistant, so he did. But the company was actually an old-fashioned building that consists of several old offices, and on one rainy day, the water that was being poured over the roof kept seeping out into the inside of the building, and there were several buckets distributed along the hallway to collect the water, which is definitely an unimpressive and unprofessional display. A poor female candidate happened to have her interview conducted on that day, so she showed up and sat ready for the interview, but it was not so long before the ceiling right on top of her began to splash her with water. She instantly stated that she was no longer in need for this job, and stormed out of the place. 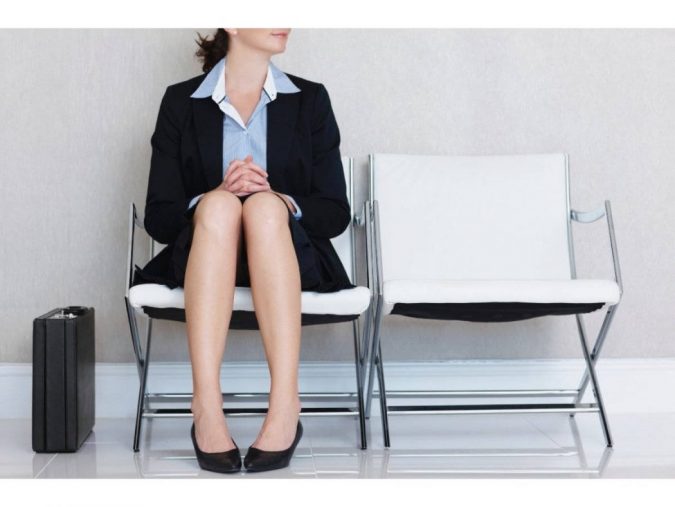 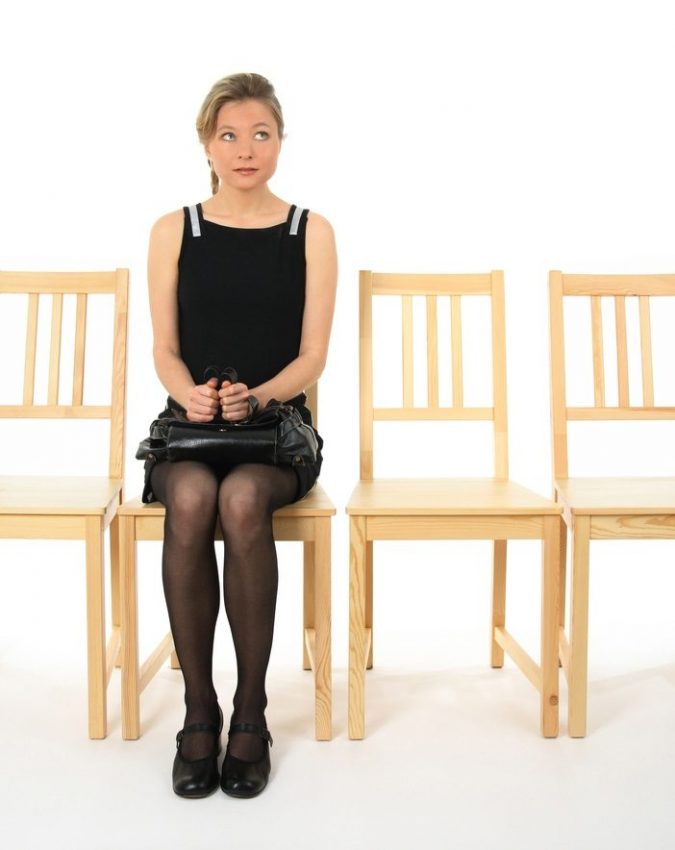 3 Not Everyone Is Meant To Be a Superhero

A video was spread all over the internet about that guy who was dressed up as spider man, showing up in front of a group of people and entertaining them with some of his acrobatic skills, pretending he was the strong flexible superhero, spider man. Sadly it was not so long before he started losing his forged super powers; he actually succeeded in doing several impressive gymnastic moves, but he seemed to have gotten utterly absorbed in his own mind, believing that he was really a spider man, but surely  he came back to his consciousness when he crashed hard into the ground after attempting to run up the wall.

Well, this accident took place inside a seem-to-be reputable company. It began with a woman filming herself with her own phone, wandering in the company, and introducing her viewers to everything around her. While she was going down the stairs, she passed by some men trying to push an enormous wire-roll up the stairs, but suddenly they seem to have lost all their power to do so, leaving the huge thing to rapidly run down the stairs, crashing into the glass, and hitting a car outside the place. Some people claim that this video was already planned, but why would someone plan such a huge collapse scene unless they are truly dumb.

This accident in particular has become so popular on the internet in a quite short time, and there is no one to blame on because it is probably the funniest of them all. It is a video recorded by a camera in a photocopying center where a big guy seemed to have waited for the office to be completely empty, so he got the opportunity to experiment that weird thing he seemed to be interested in which is photocopying his own butt. After making sure he was alone in the office, he started taking his pants off and climbed over the copier waiting for his butt to be photocopied, but he did not notice that he was actually sitting on glass, so it broke and he fell inside the machine.

We know that accidents are not supposed to be funny or hilarious, but some of them are. Thank goodness that in all the previously stated accidents, no one was killed, though some were actually injured. Although there is no way to stop these accidents from happening, we surely hope that they do not turn into a huge tragedy. Stay safe everyone.