Accidents always make us wonder: “What happened? How did it come to this?” Statistics say that over 3 million car crashes occur yearly; some of them make us start doubting laws of physics; some are real head-scratcher and enigmas itching to be solved, and some others are funny when nobody is seriously harmed of course. Some of the most common factors causing car accidents are using cell phones while driving, falling asleep at the wheel, drinking while driving and driving under the effect of alcohol and drugs. People who cause these accidents are usually from the age of 16 to 25. Among the huge number of car accidents the world has been witnessing, only some can drive you to doubt the laws of physics, and leave you stuck in a puzzle.

It looks like this driver was in a hurry. He was probably speeding, somehow managed to get off the road, found a nice curved spot which he jumped off and finally landed right onto another car, getting the car underneath completely demolished. The driver must have thought he was going to lose all the good stuff for Black Friday, so he decided to flyover and park right in front of the store. 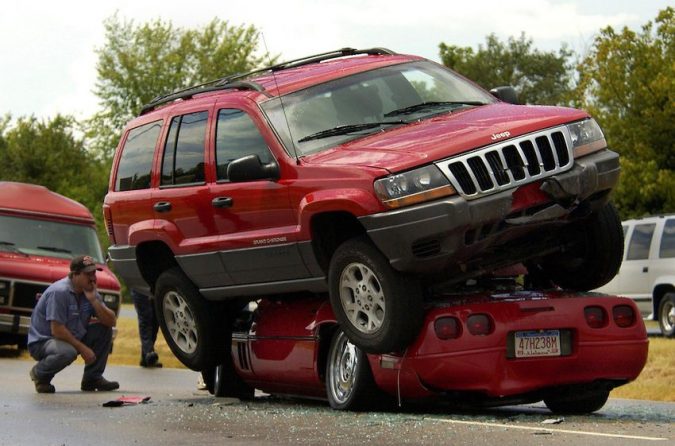 When you first take a look at this documented car crash, you would probably think of it as a car using a toothpick; however cars don’t do so, this one did! No matter how hard you try to imagine what could have happened that led the car to this position unless you’ve seen it happening, you can’t come to the bottom of the story behind this car accident. 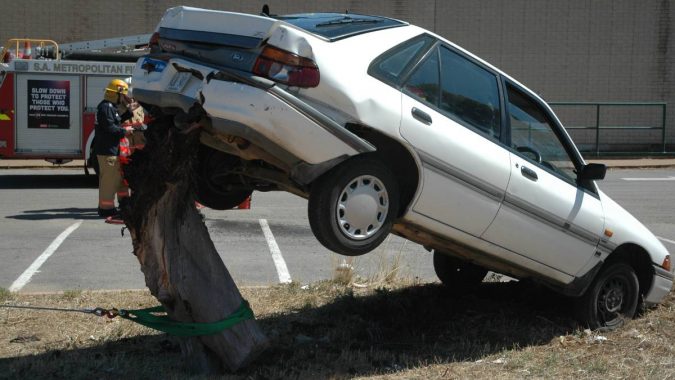 This car accident had two cars involved; one picking the wrong end and ending up being stepped on by another car resting on top of it. This accident might have occurred by having the upper car somehow flying above the first car and ending up on the second unfortunate vehicle. The driver must have used some kind of a lever to get up there, possibly driving at the maximum speed. He might be a stuntman practicing with his car in real-life. 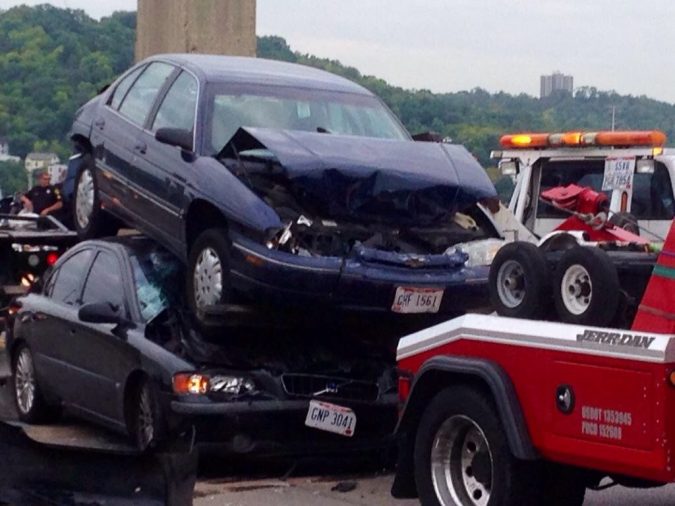 It looks like the car tipped on its side was parked in peace when the other one appeared in the still scene backing into it. The curb provided a pivot point that enabled the intruder to push up the right side of the previously-parked car then climb it with its back. Now, here is a law of physics applied in real life, although the experiment was actually an accident. I wonder how did the parked car owner react to it. 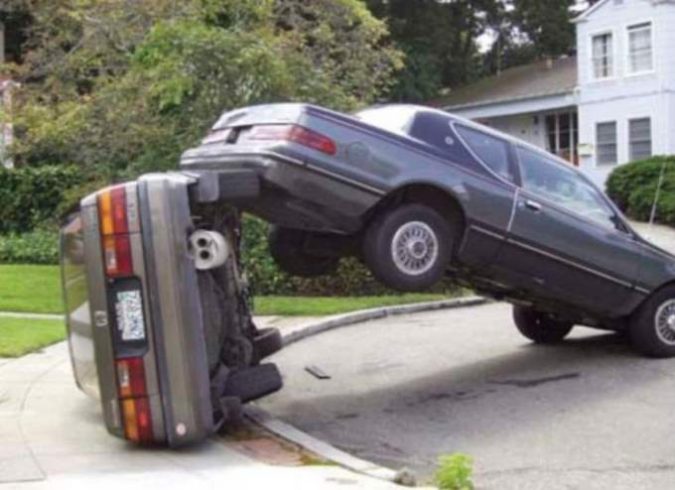 It looks like this driver was practicing golf, but did it wrong; He might have stroked his car into this hole, causing it to fall straight into it against many possible odds, but he should have kept his golfing for the local golf court. Apparently this driver wasn’t paying attention while he was passing by, so he fell down, and apparently broke a drain pipe. 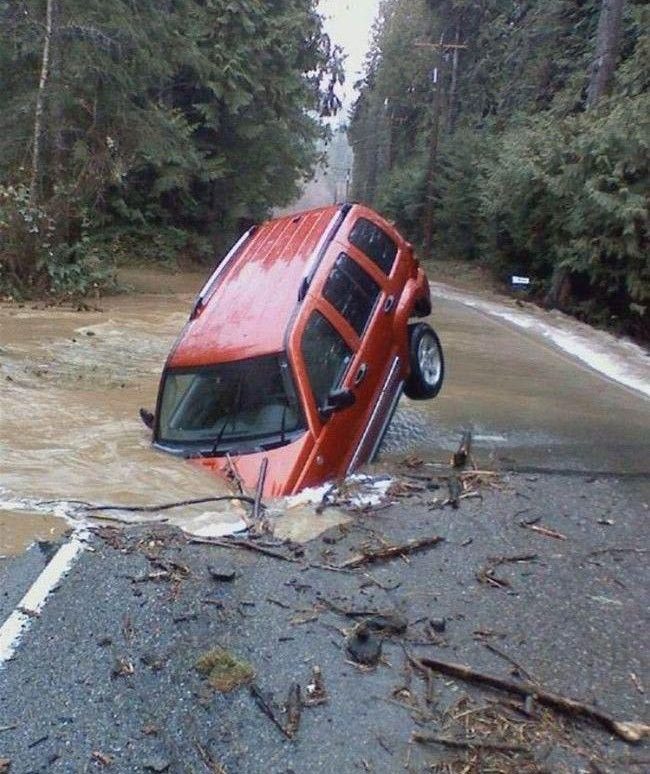 And here is a basketball-fan. 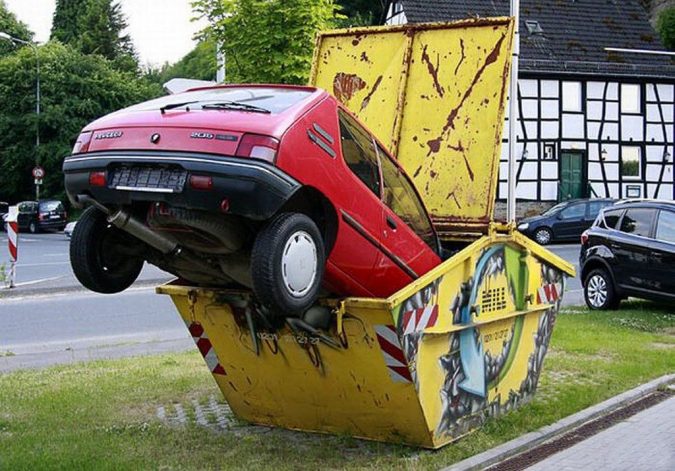 This little accident ended up well when compared to how could have ended. It seems that the driver got stuck after losing control over the wheel while speeding up, probably wanting to pass the car in front of him. The result was getting stuck. The driver probably just left the car waiting for the tow truck to handle his mistake. 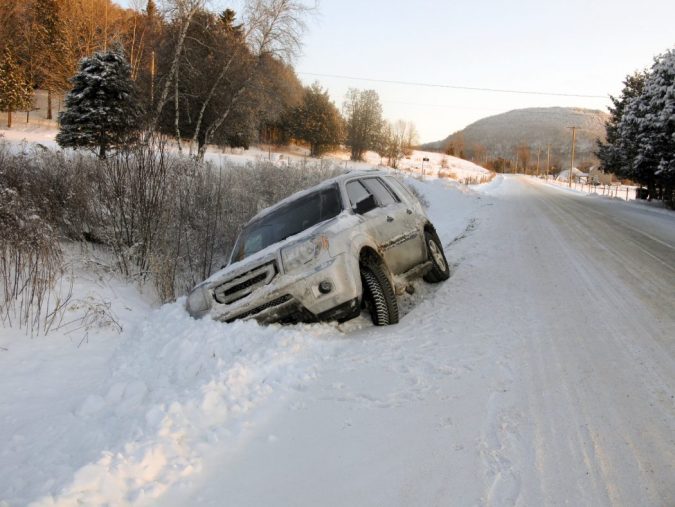 Getting your car crushed by a train as if it is made of paper is the exact proof that all drivers should choose parking their cars within the predicted parking areas. This driver probably thought that leaving a car by the rail was a smart thing to do – he will get to his car pretty fast, he just needs to pick up something from the store. What was left of his car proved him wrong? 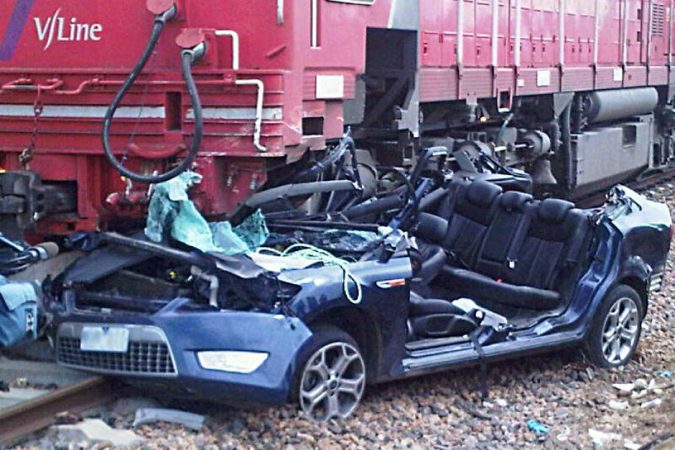 It looks like this driver thought that one meter of free space between the two other cars would be enough for him to park his car. He was wrong; apparently space was everything but suitable for another car. Another option is that the driver was speeding, causing his car to jump on another car, demolishing it along the way and ending up stuck in between the two cars. 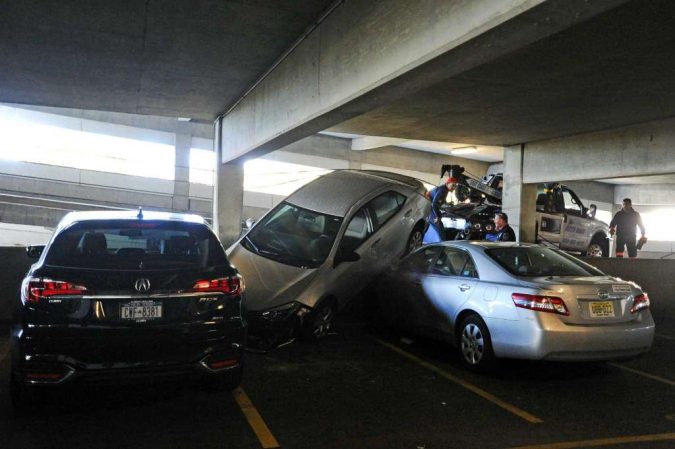 Another driver thought the space was enough. He must have been desperate to find a Parking spot. 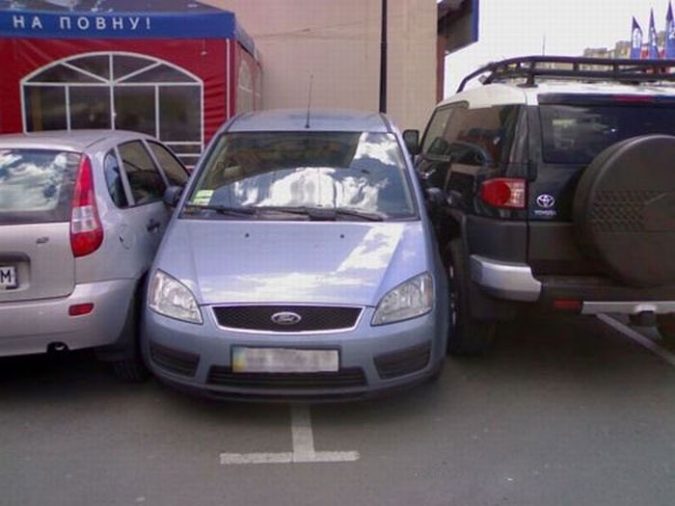 This driver was probably trying to make it through his lifelong wish to become a Santa. He probably thought he could use a car and get on the roof without Rudolph and the crew. It was probably hard getting all the way up there and it would probably be even harder getting down. 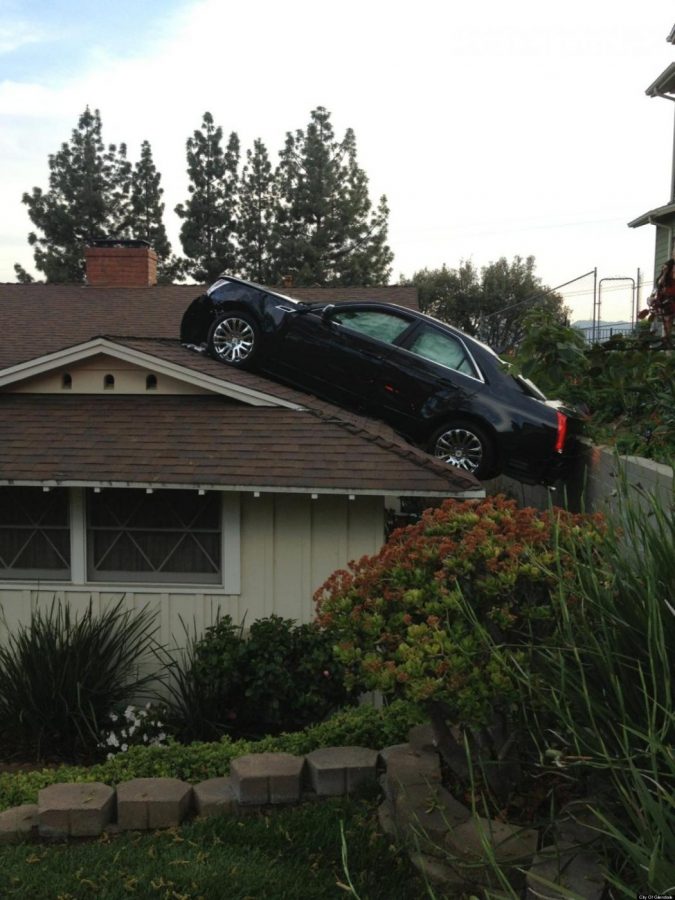 Thinking about this particular car accident, you can’t help but wonder; “How is this even possible?” The car after the accident looks like it was always there, as some kind of a post-modern art wonder available for the wide public. In fact, what happened is that the car ran into a curb, causing the winter tires to rise up towards the telephone cables, a tire got attached to the cables leaving the car hanging between them and the ground. The driver was surely speechless while this was going on. 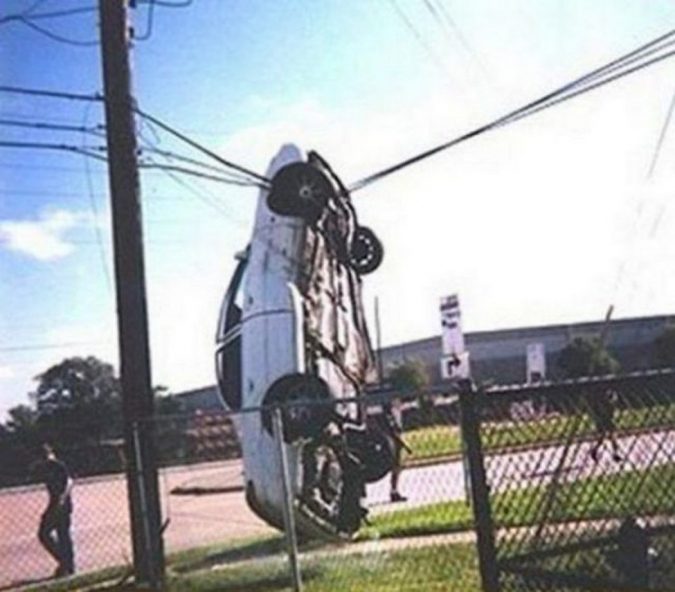 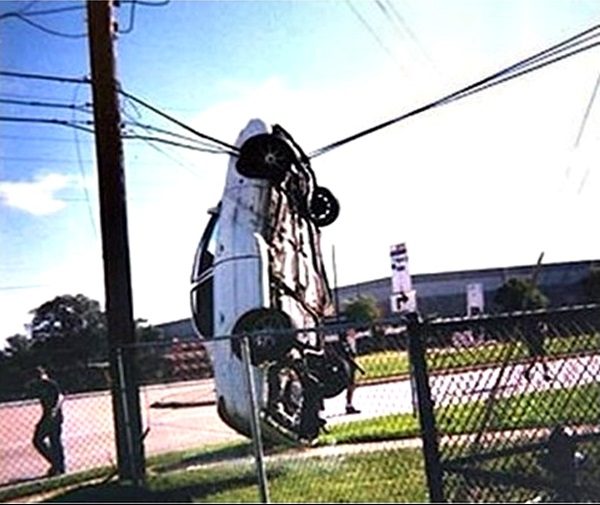 Top 10 Best Things to Do When Bored at Home

Top 10 Provisions to Include in a Lease 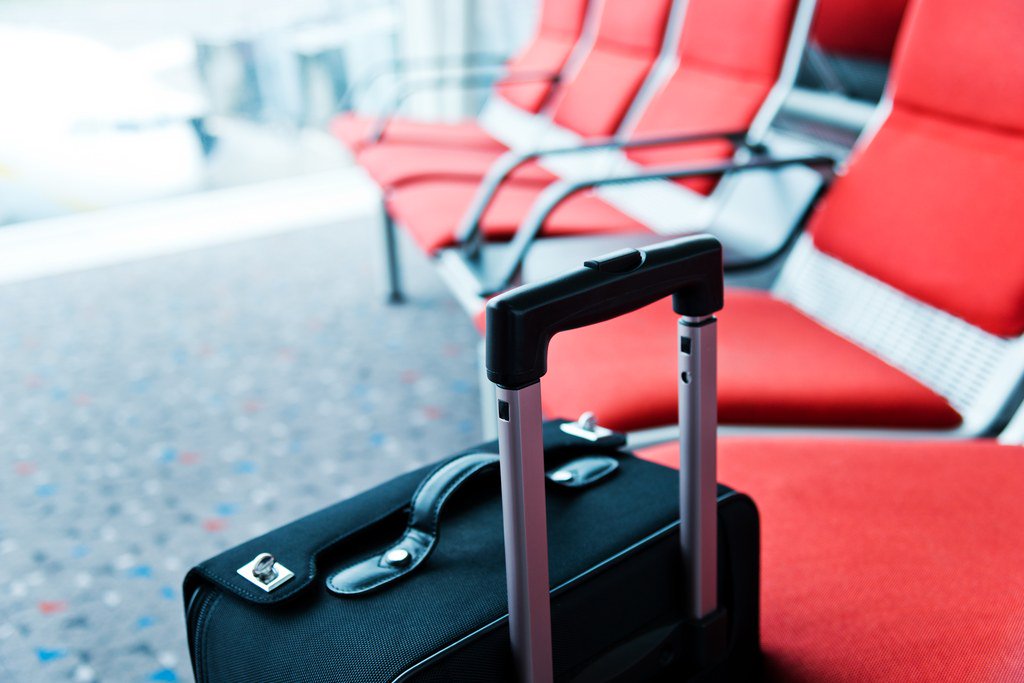 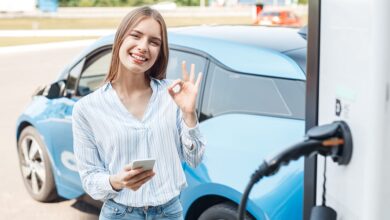 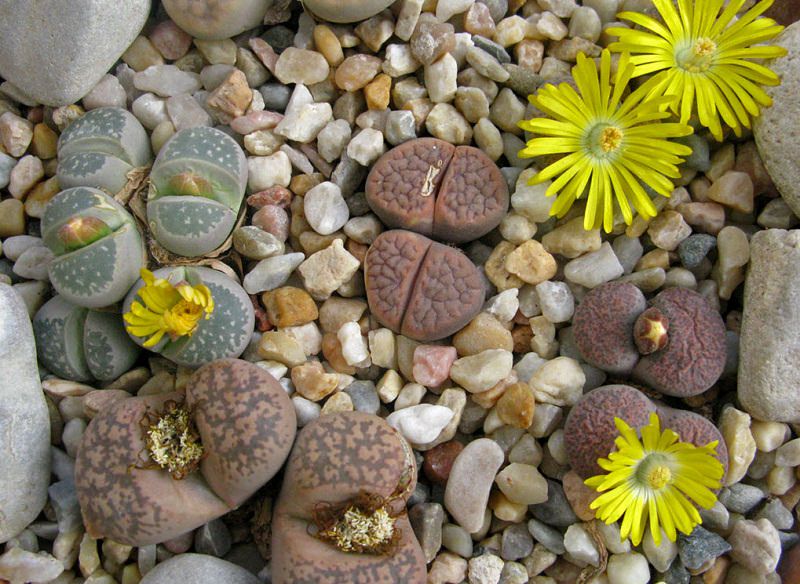 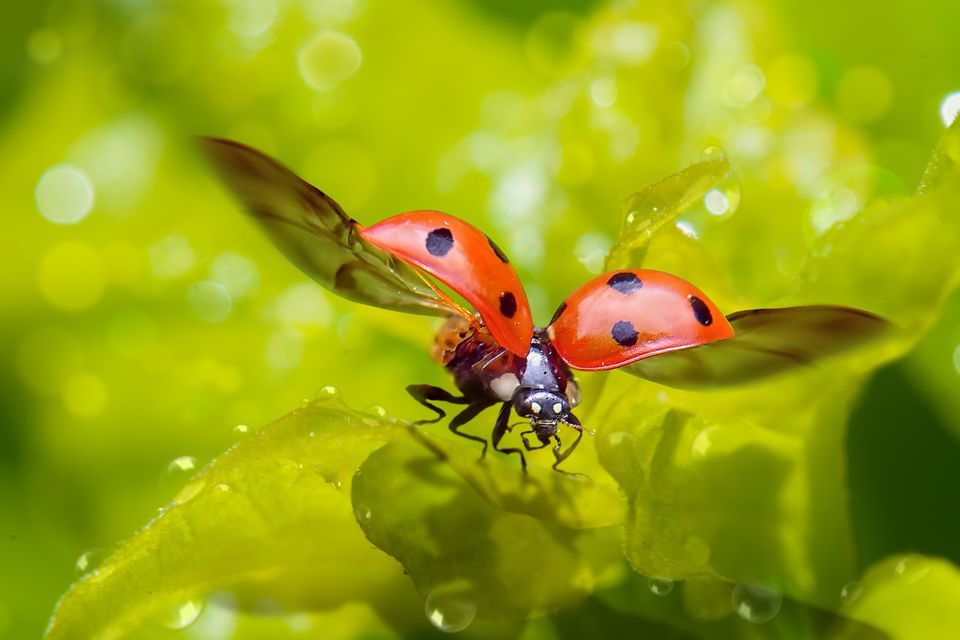 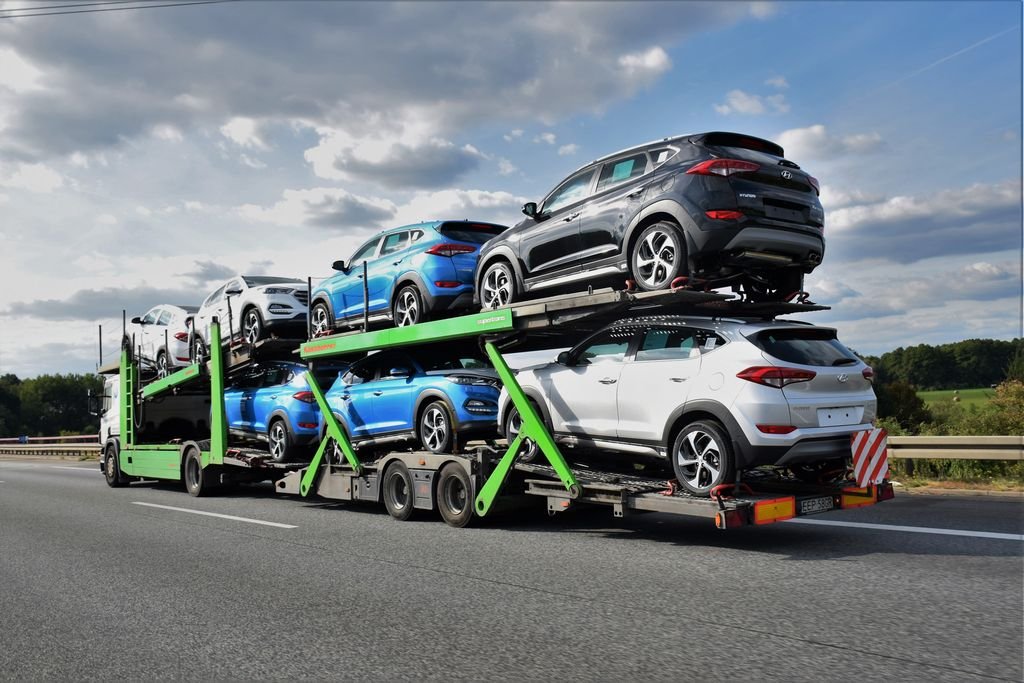