If one thing has to be said about nature, then it should be “something which cannot be described.” It is hard to confine our universe, our World, and our environment into some words. Nature exists beyond our thoughts and imaginations. It is so vast that we will probably never be able to discover it ultimately. Just an observant look around you opens you to so many questions and little discoveries. A common mistake is equating nature with “greenery.” It is not 100% wrong, but nature is much more than grass, leaves, or tress.

Deserts are nature; snowcapped mountains are nature, a lake or pond in an abandoned area is nature; so yes, nature is not just green but filled with the whole spectrum of colors. You will find even the smallest living beings filled with a whole lot of colors. And we have a very example of it, insects. The American magazine Topteny reveals some of the most colorful insects to exist in our beautiful World. These small beautiful colorful insects will give you an idea of how diverse our World is in colors.

Well, how could a butterfly miss this list? Whatever the specie, they do come in the colorful insects’ list. This one, emerald, is from a big family of swallowtail butterfly. It’s completely black, but its wings have green bands that shine. These bands have blue and yellow reflections. The underside of wings is black and orange. They are only found in southeast Asia. 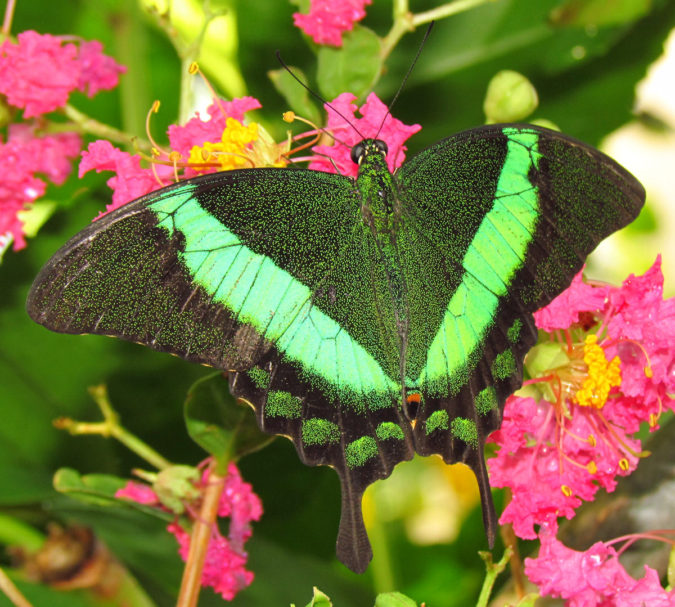 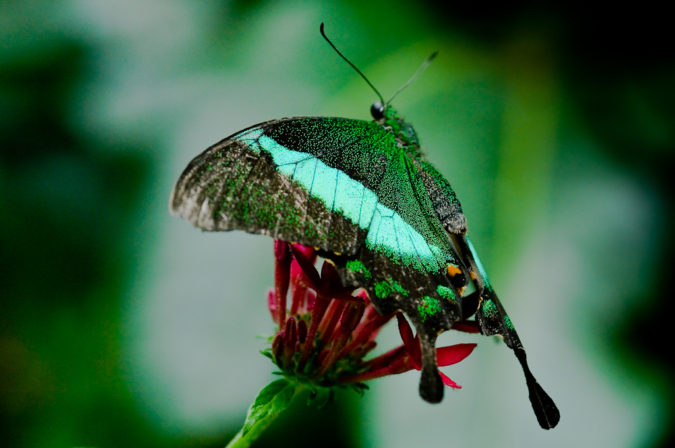 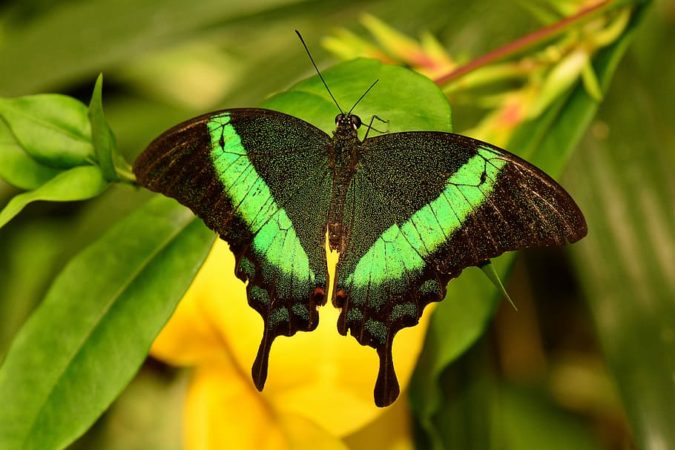 You must have seen a housefly. Well, this one is not an ordinary housefly. It almost looks like it, but instead of being black, this one has a shiny blue body, which makes it attractive. They are also more significant than a housefly with red eyes, black marks, and two small antennas. It can be found in most parts of the World. 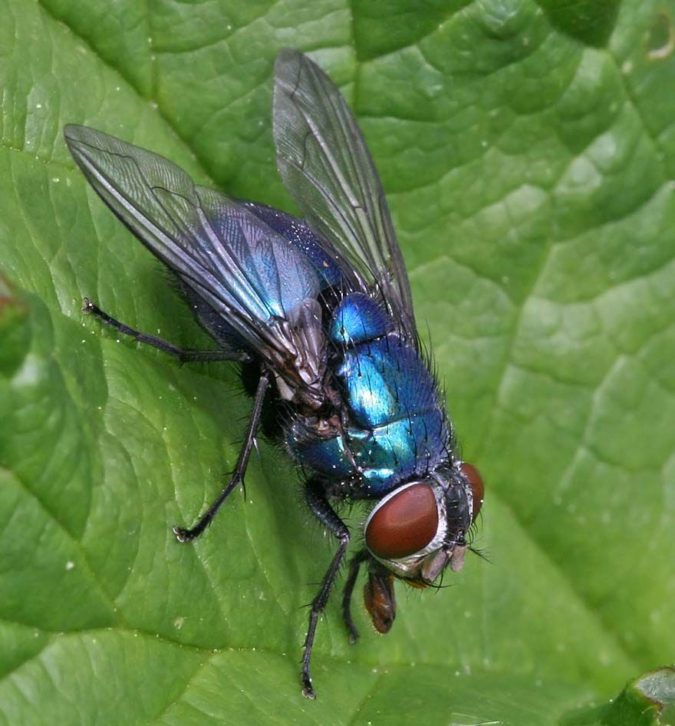 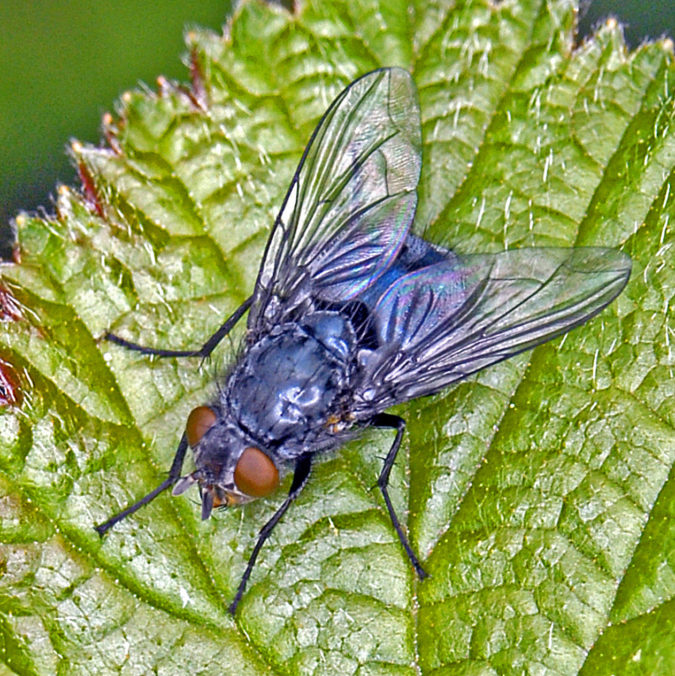 Just as there are so many butterflies, the same way different kinds of beautiful caterpillars can be found. This specie of moth is only found in Western Australia shrubs. This moth is said to be the only member of the Carthaeidae family. They have circular marks all over their body which seem like compound eyes. The dorsal side is grey, while the ventral side is yellow along with the markings. 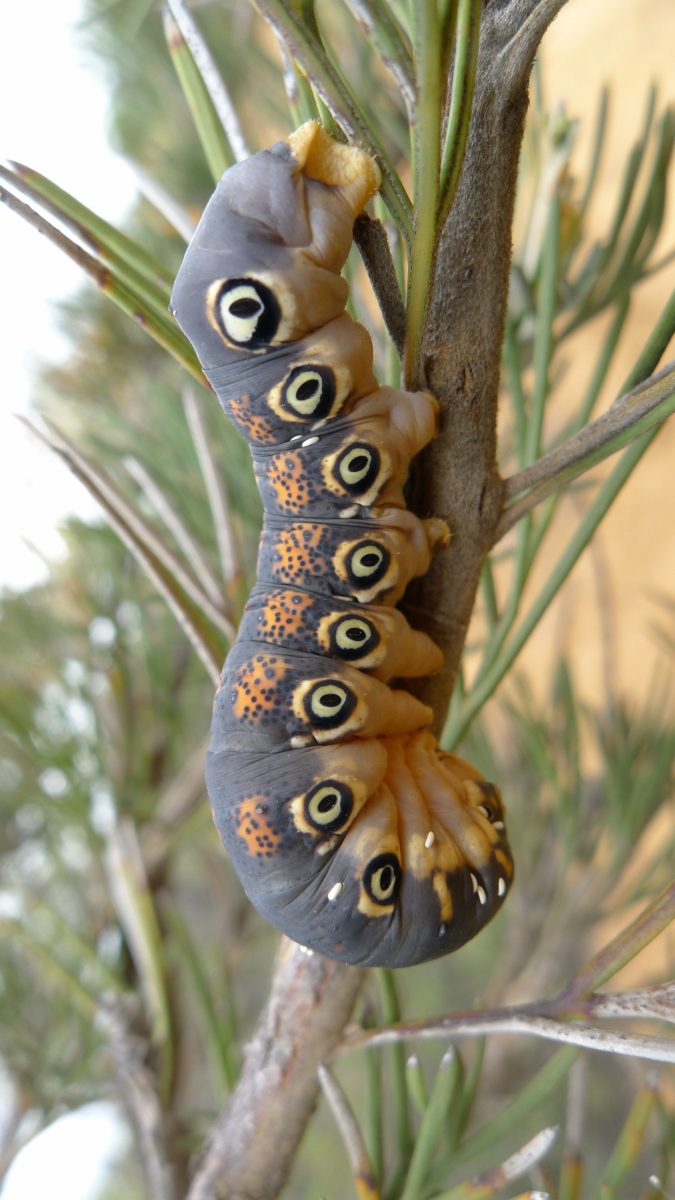 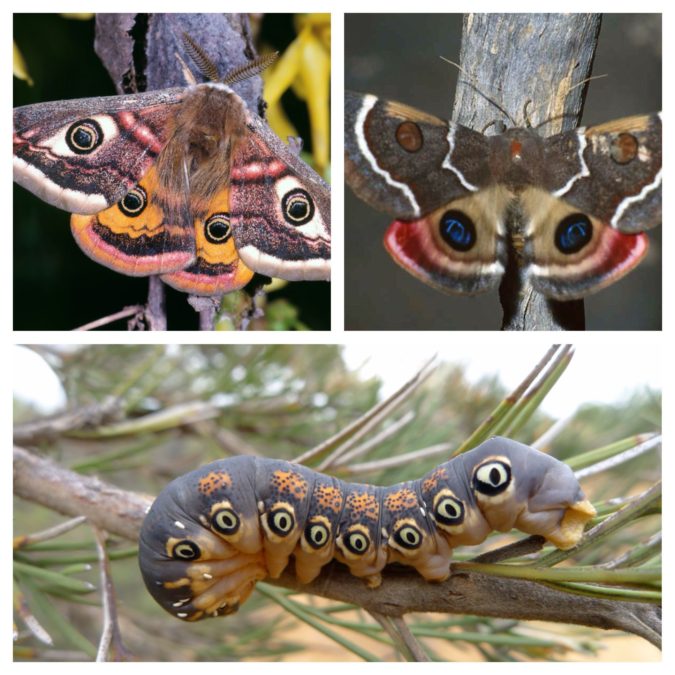 They are the accurate depiction of their name. When you observe a sunset, you can see multiple colors at a time. And this is what you see when you watch this colorful insect, sunset moth. It is large and can be seen flying in midday at Madagascar. Collectors find this extremely precious due to its fantastic coloration. 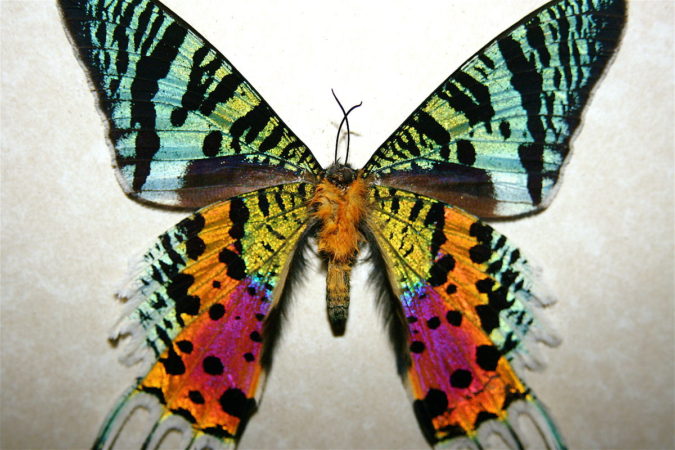 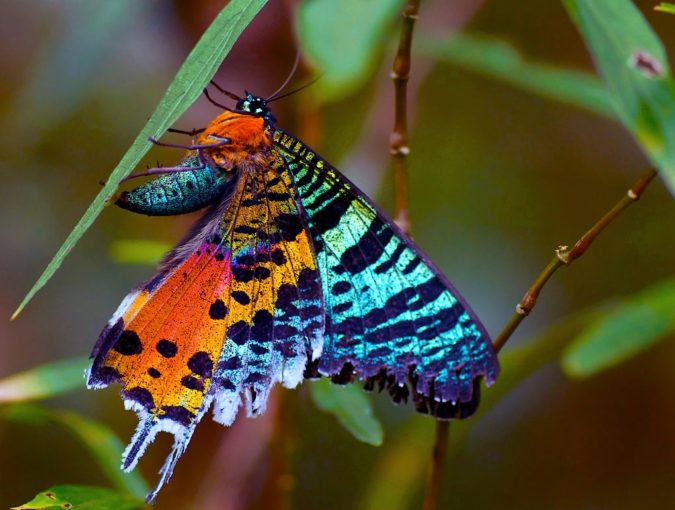 Are you wondering why they’re names as ‘Christmas’? Well, that’s because they can be easily found in urban areas that are close to Christmas. Alone in Australia, there exist 35 species of Christmas beetles. Mostly they can be found in brown, green, and golden color. And yes, of course, they are the most famous because of their vibrant colors. 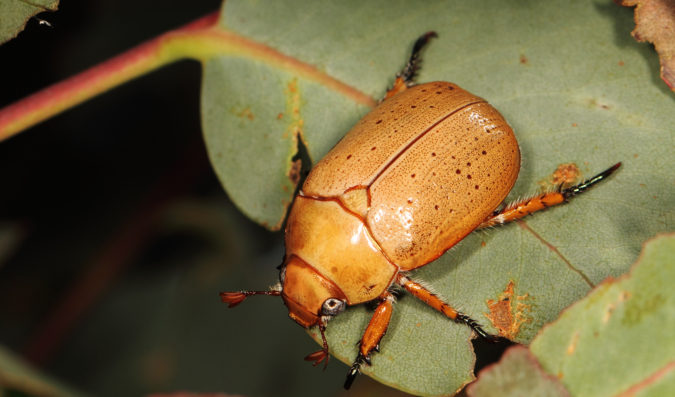 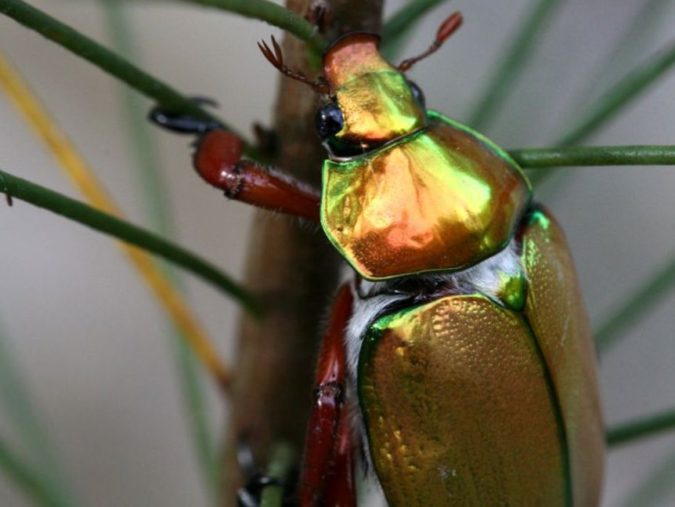 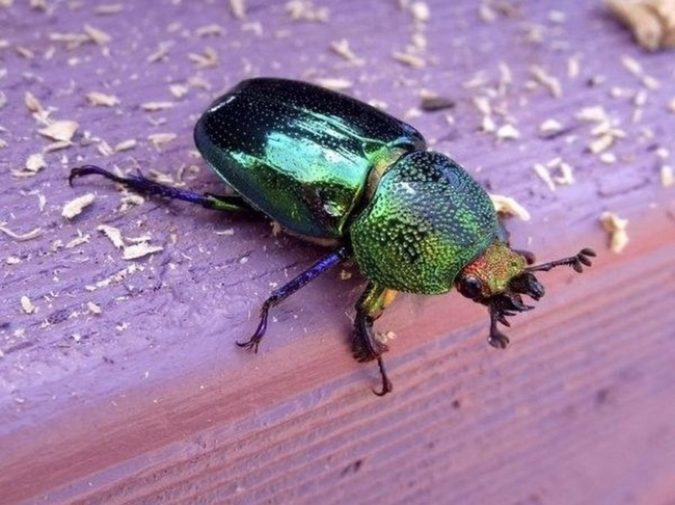 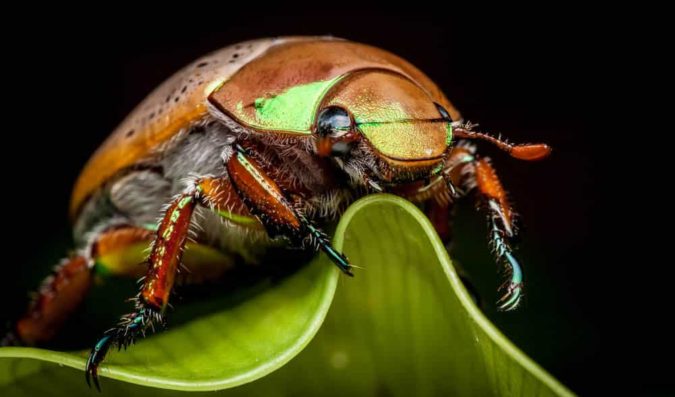 It would be a shame to talk about beautiful and colorful insects and not include the ladybug. It’s a small farmer-friendly bug, also known as ladybird beetles and lady beetles. The body is oval-shaped with dark spots. There exists a total of 5000 species of ladybug all around the World. They have different colors and different patterns. The most common ladybug is having a red or orange color with black spots on it. 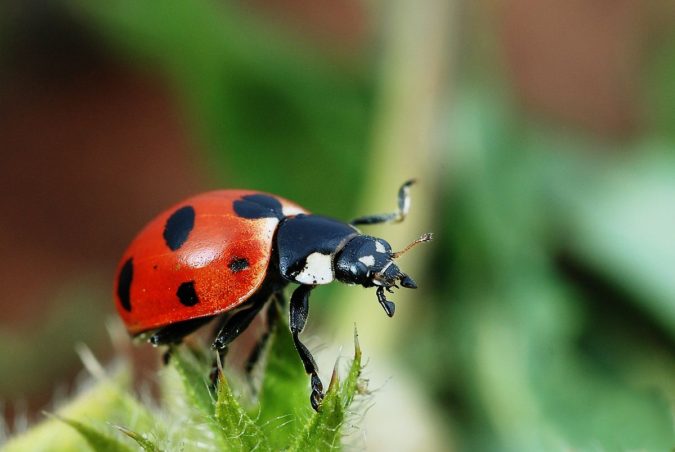 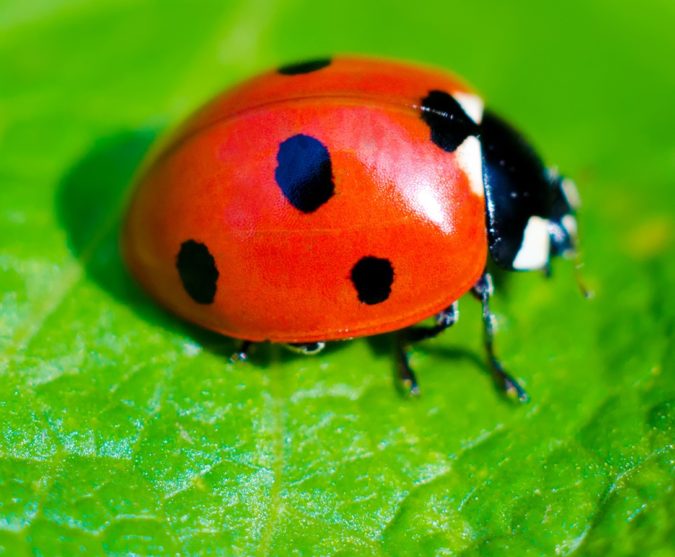 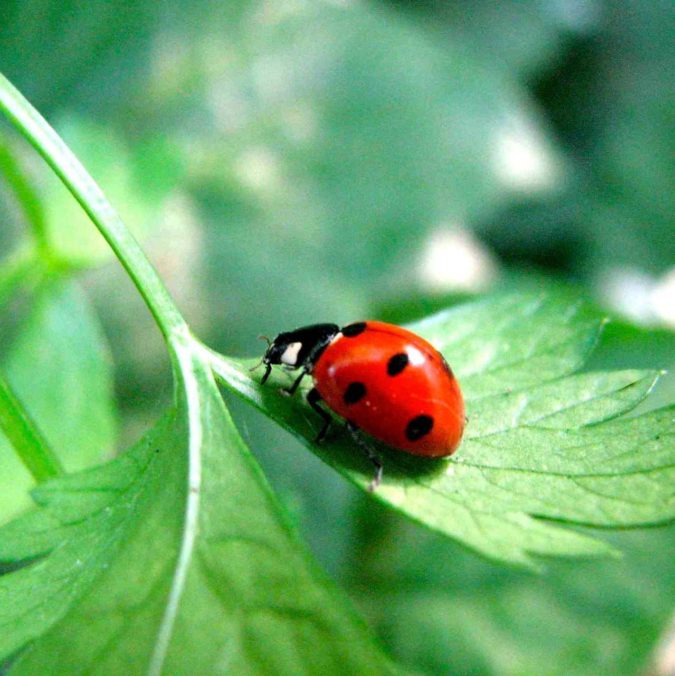 So apparently gold is not only found as stones but as an insect too (not real gold though)! Out of three species of tortoise beetle found in Florida, this is the one. They quickly found in eastern North America. They are from the leaf beetle family. In color, it can vary from reddish-brown to golden with black spots. They are famous for their metallic appearance, that is why also known as the gold bug. 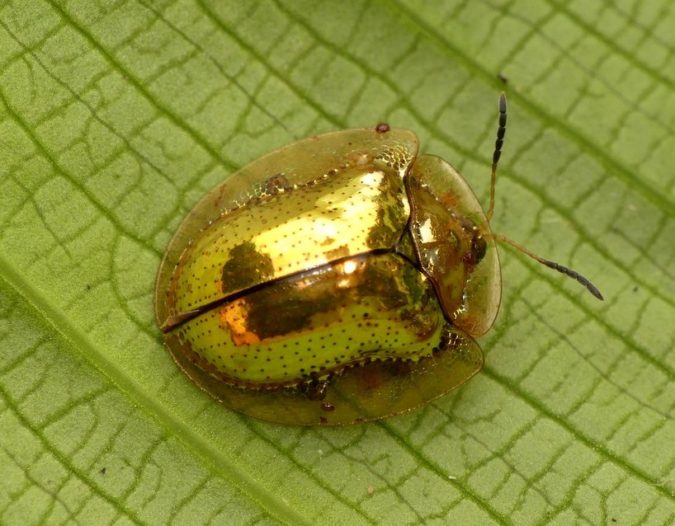 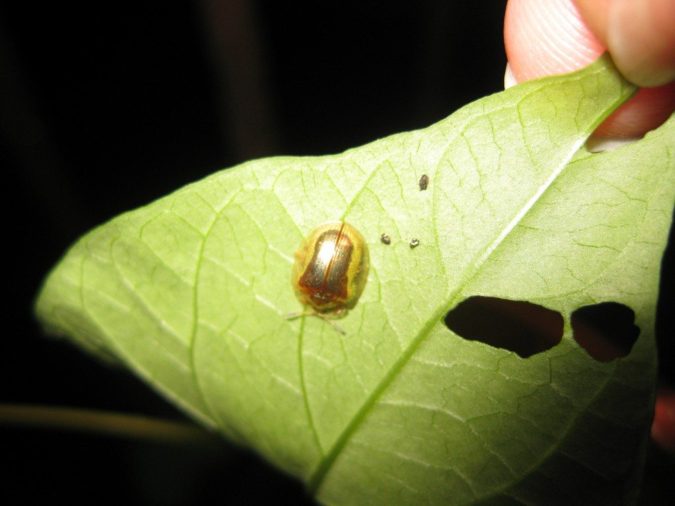 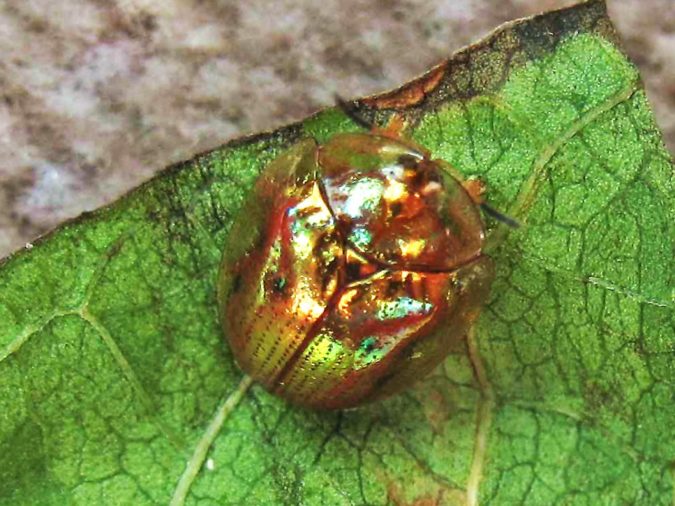 It is safe to say America is filled with many colorful insects. This pretty moth is also found in North America. In internet language, it can be said as the ‘soft bug’ because of this light pink and yellow colors. They seem like a beautiful flower and gives you the spring feels. They come from the moth family of Saturniidae. These are also known as the great silk moths. The moth has a wool body. When young, they feed on the leaves of maple trees. 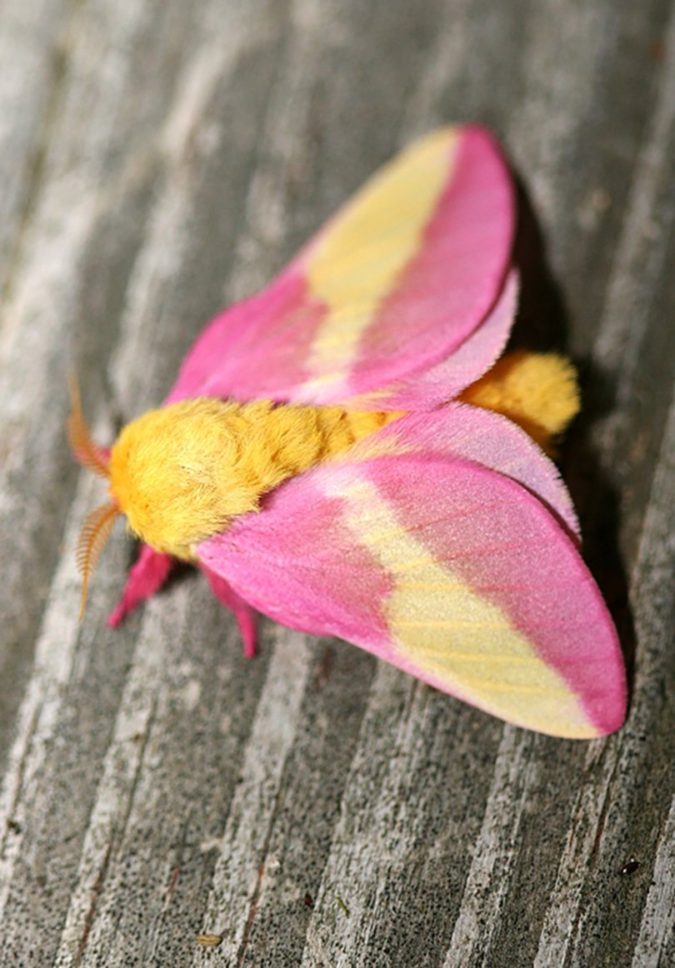 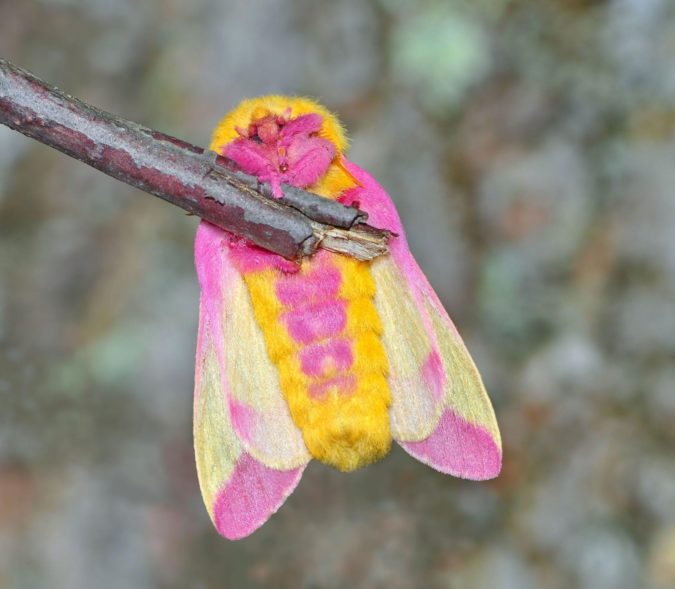 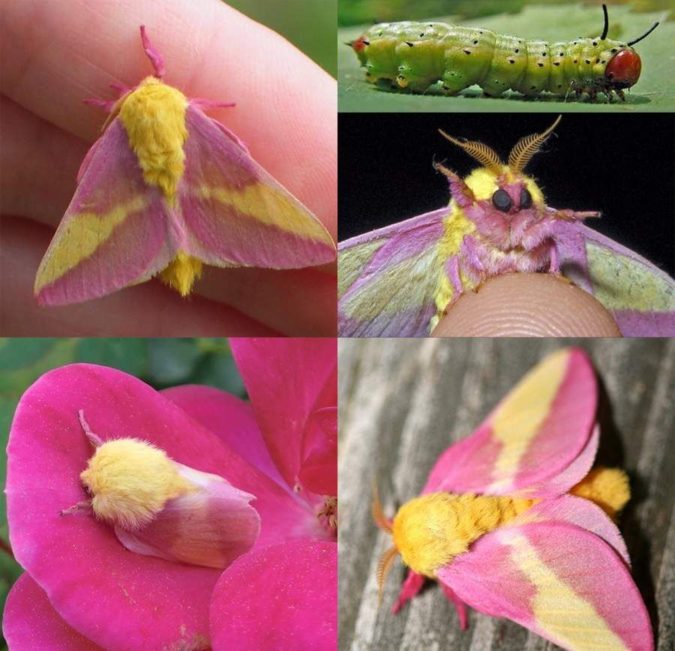 They are originally from southern Europe however now can be found in Britain as well. Their shape is just like any other bug, for example, ladybug—however, their colors as quite interesting. Rosemary beetles give a metallic look and have fun colors like green and red. They are small but can grow up to 30 inches. These beetles can’t fly, though, and adult ones found throughout the whole year. 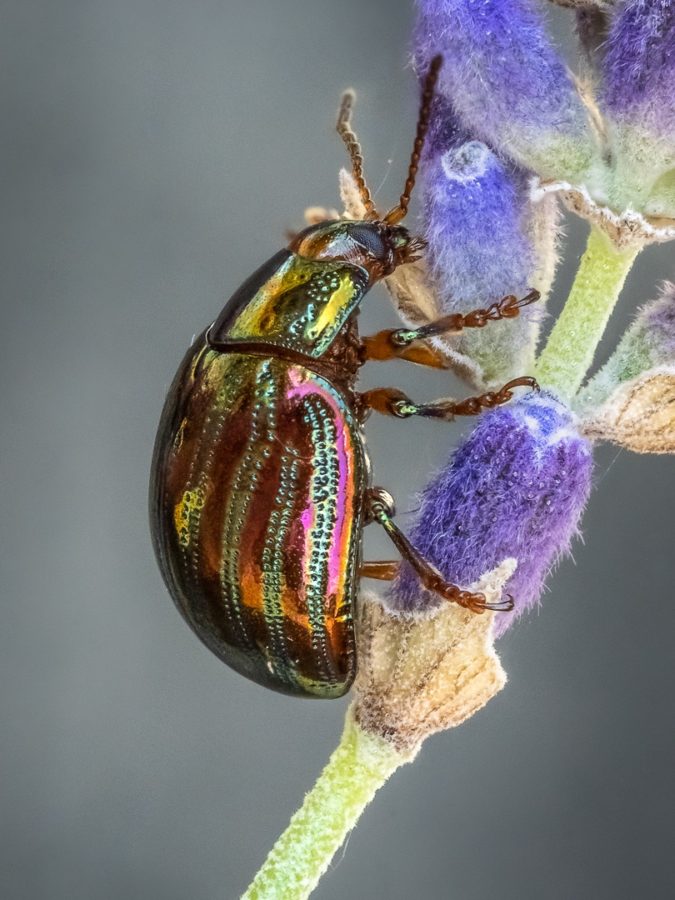 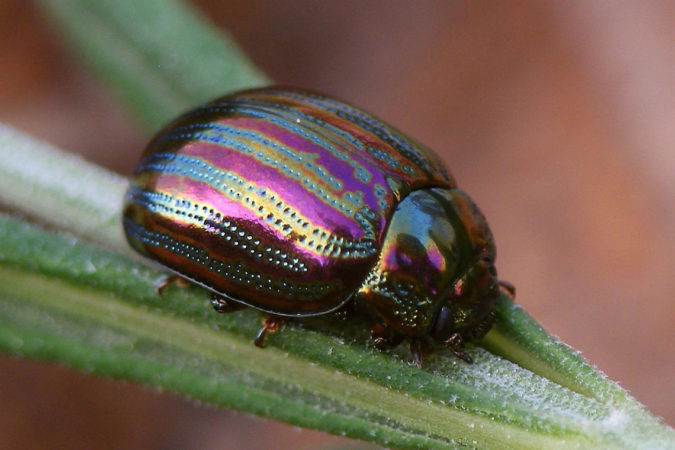 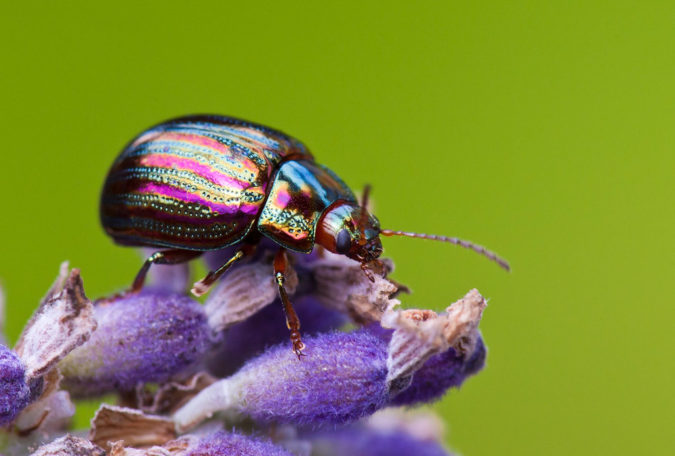 These are the most colorful insects on the whole list. Their scientific name is Sphaerocoris annulus. You can find them in tropical Africa at the grasslands. The pattern on their body is exceptionally exquisite. All this fantastic pattern fitted on their small body, which has the size of your pinky fingernail barely. They look cute little bugs, but they take good care of themselves. Whenever they sense an attacker, they release a stinky smell. 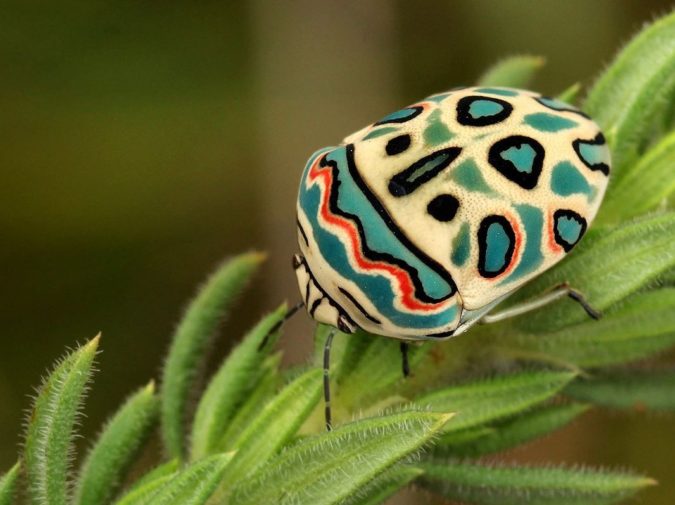 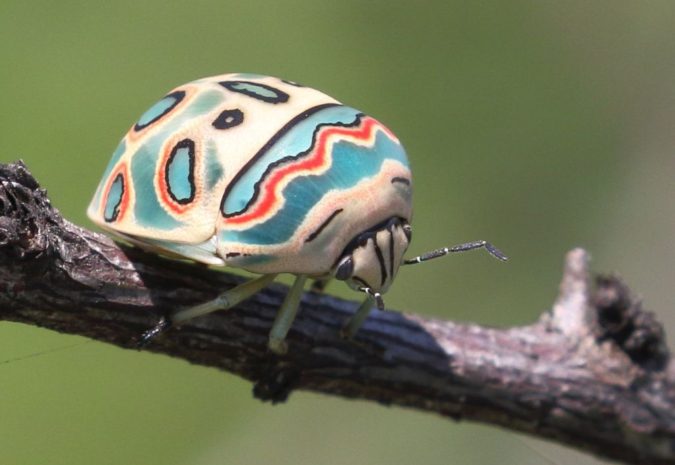 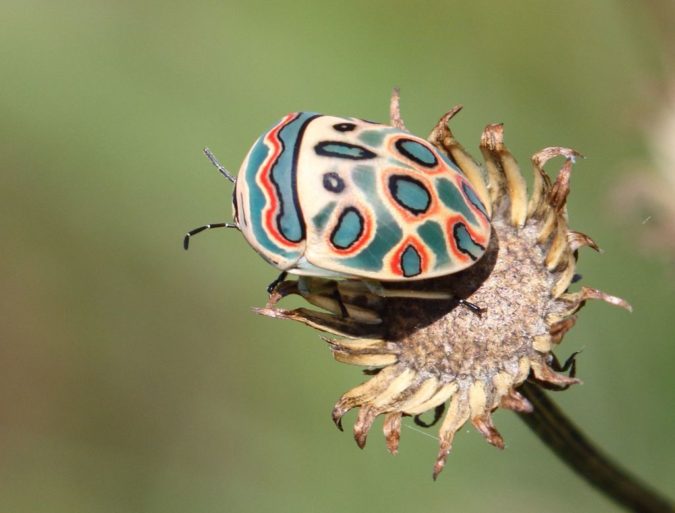 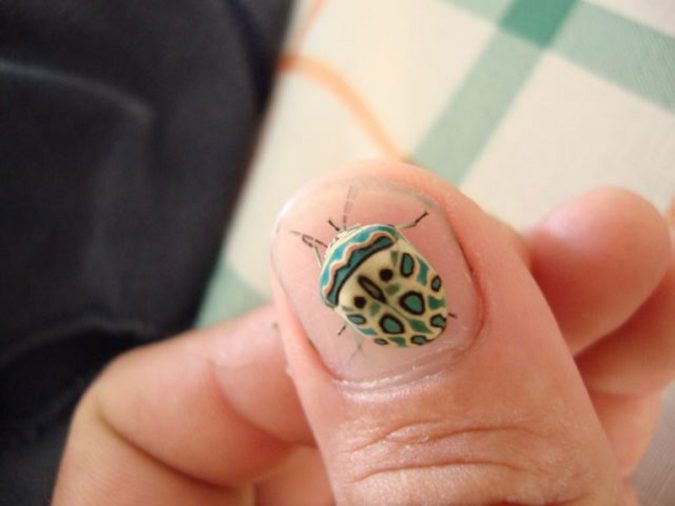 These ten were just a few of the most colorful insects all around the World. You can keep finding the interesting bugs your whole life and still won’t be able to find them. As said earlier, our universe or just our World is more significant than we can imagine. And if you’re sad about not finding the mentioned insects around you, then don’t be. Because if you take a walk and observe little insects, you’ll find some fascinating creatures.