There are over 270,000 species of plants in the world. While some are quite popular, others have been discovered to be rare. Whatever the case may be, these plants do have their respective functions and benefits that they provide to mankind when used. In this post, TopTeny Online magazine will be revealing 15 of the strangest plants in the world.

It is also known as Euphorbia Obesa, and it has the shape of a baseball with its height being around 20cm. This plant’s species is rare and special, which is probably why they are protected. These plants can cause skin problems due to their toxic nature. 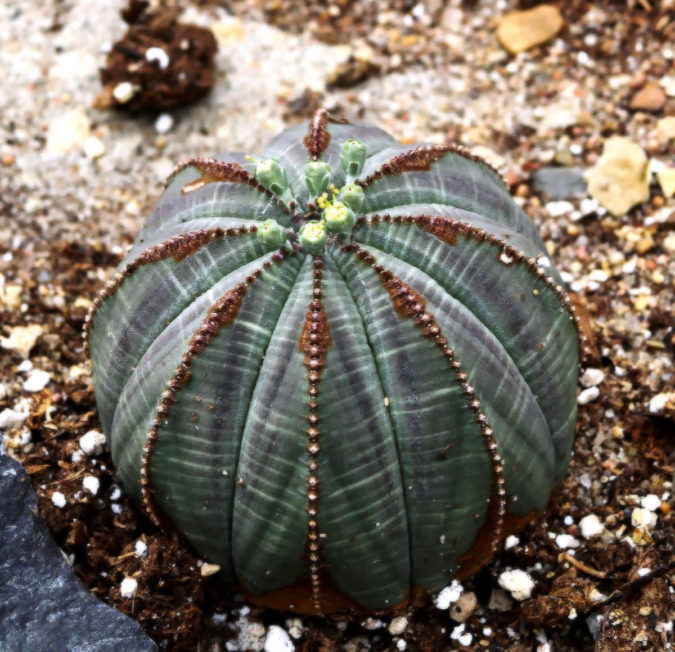 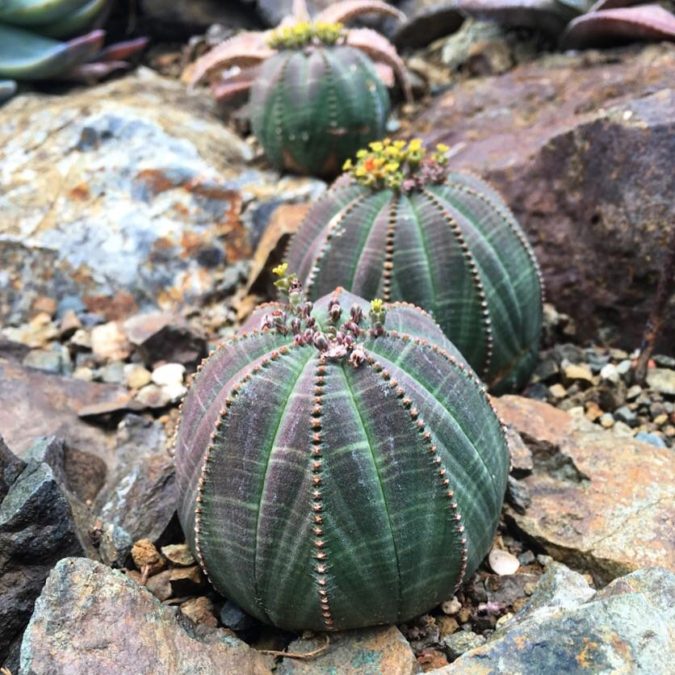 Have you ever imagined that there is a plant that looks exactly like pebbles or stones? This is what Lithop is all about. It is the reason why most experts refer to them as living stones. The rainy season is when this plant usually grows in South Africa. It usually lives for over 50 years, which is quite amazing. 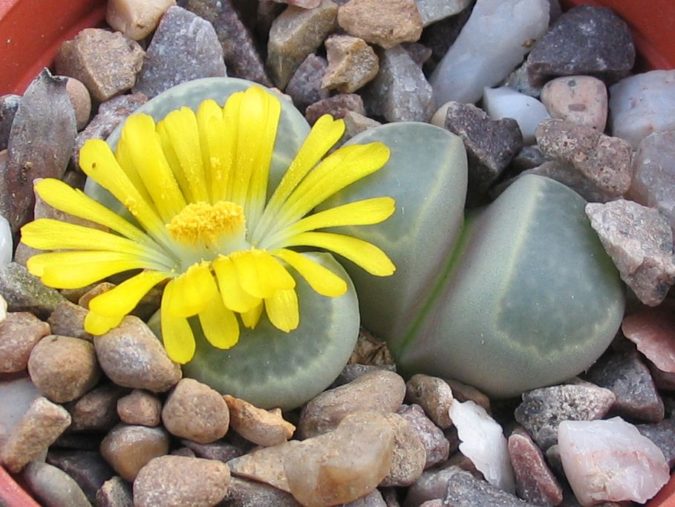 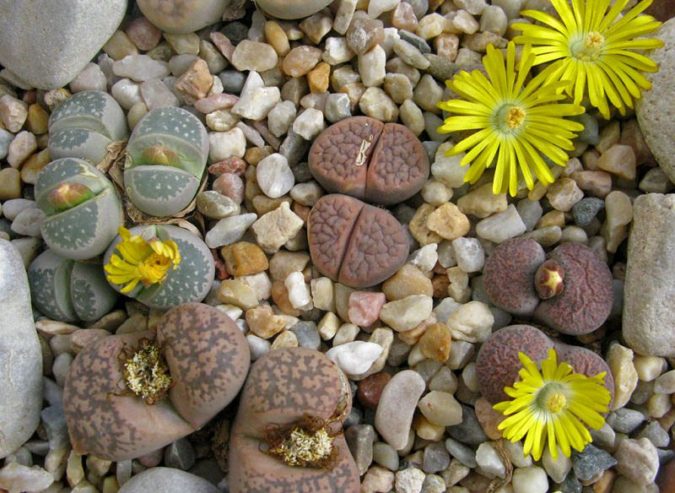 This plant can be found in South America. It is usually referred to as a shy plant or sensitive plant. It can still be found in other parts of the world, most especially in shady areas. Once the leaves are touched, they will fold up immediately. 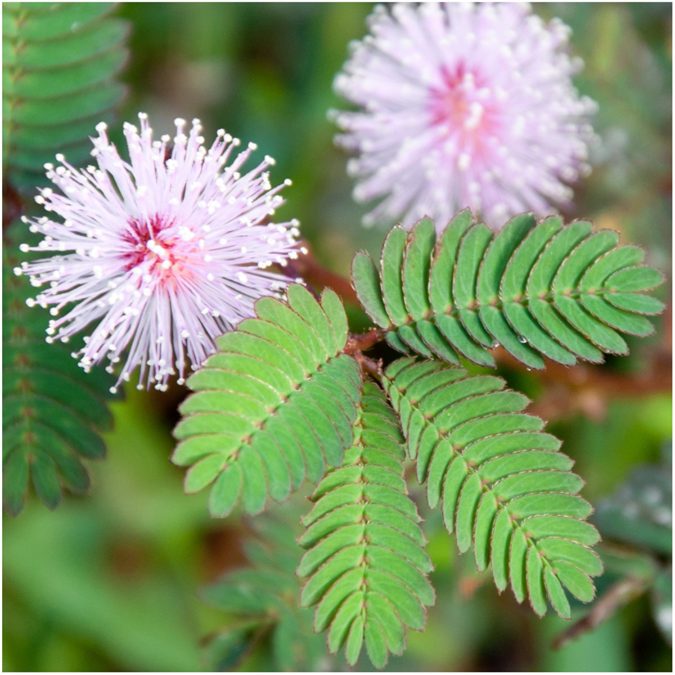 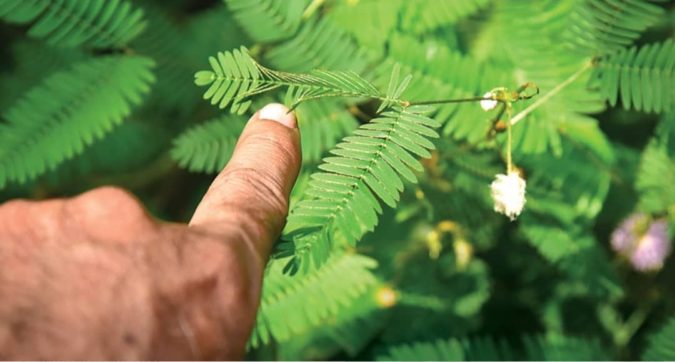 Titan arum is what this flower is mostly known as. This plant usually blooms every 40 years. It got its name from its smelly nature. In other words, it produces a smell similar to that of a decomposed animal. This plant is quite rare and usually law-protected. 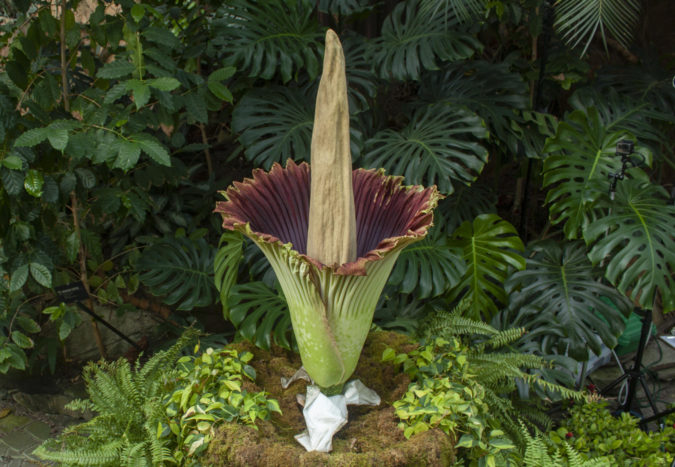 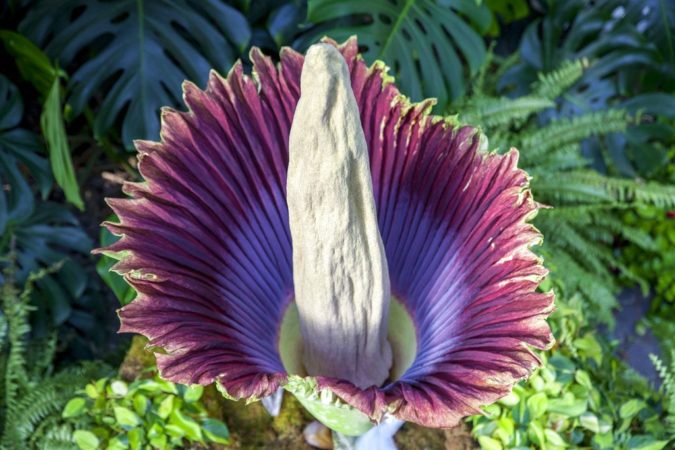 In terms of size, Rafflesia Arnoldii happens to be the biggest flower amongst others around the world. For instance, it grows up to around three feet. Sumantra forests are where this plant can be found. It produces a very irritating smell, like a corpse flower. 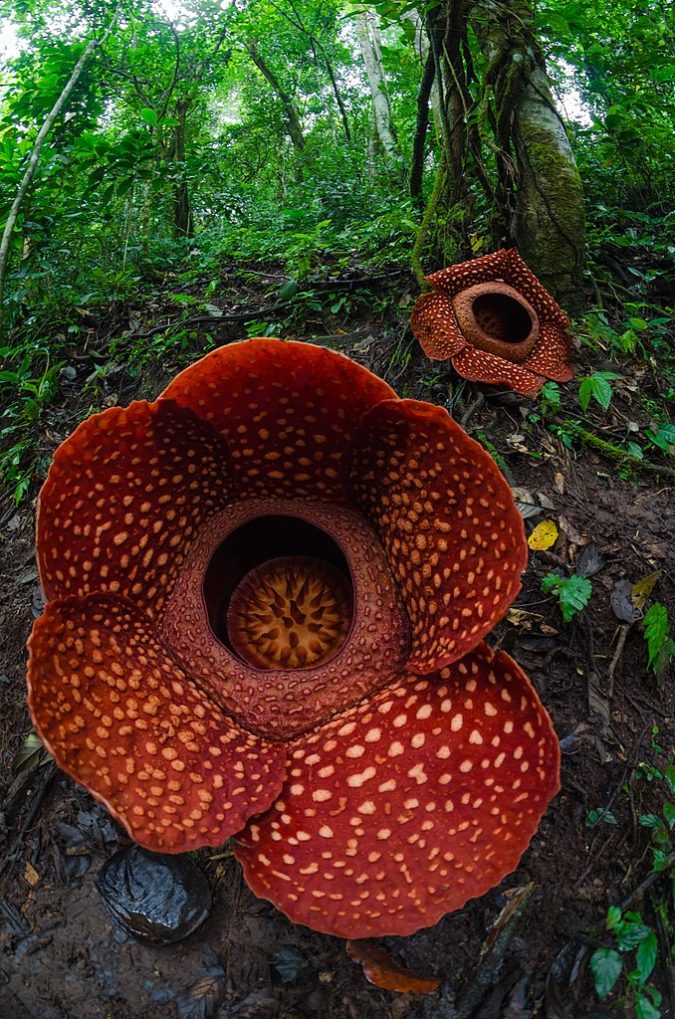 The plant is also known as Rat-Eating Pitcher. It was discovered in 2009 and is believed to be the world’s largest meat-eating plant, amongst others. It can even digest rats and has been known to be one of the rarest plants in the world. 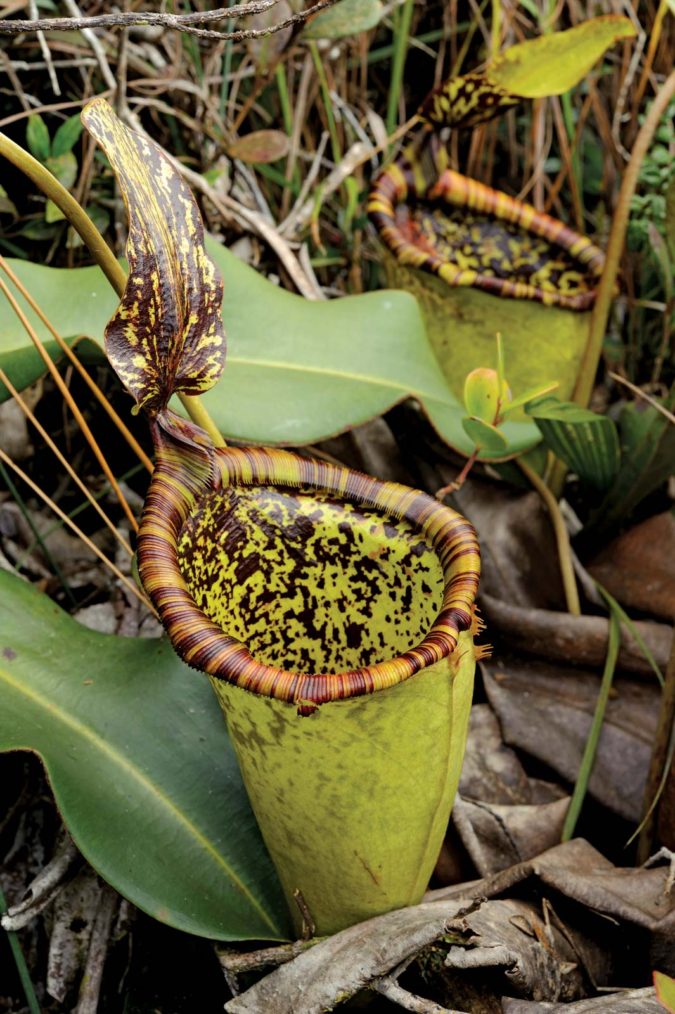 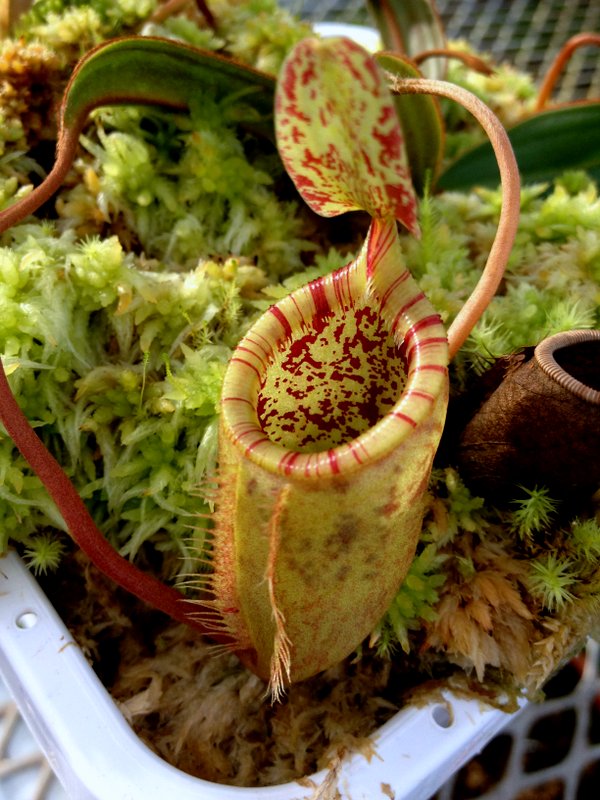 The plant is also called Desmodium Gyrans. Have you been wondering how it got such a name? It is because of how its leaves are moved in a jerky motion. It happens when there is vibration or sunlight. This means they have a way of reacting to music or sound. You will find out more about it in Charles Darwin’s book entitled Movement in Plants. 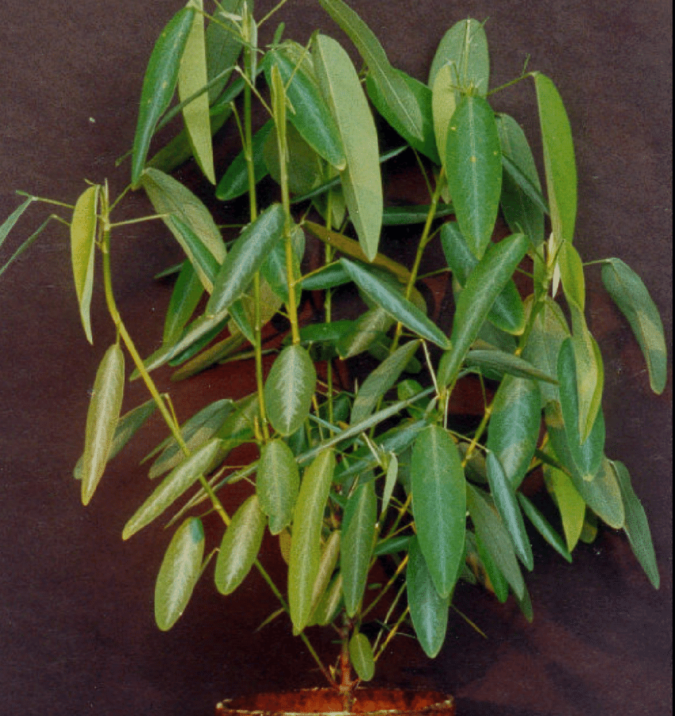 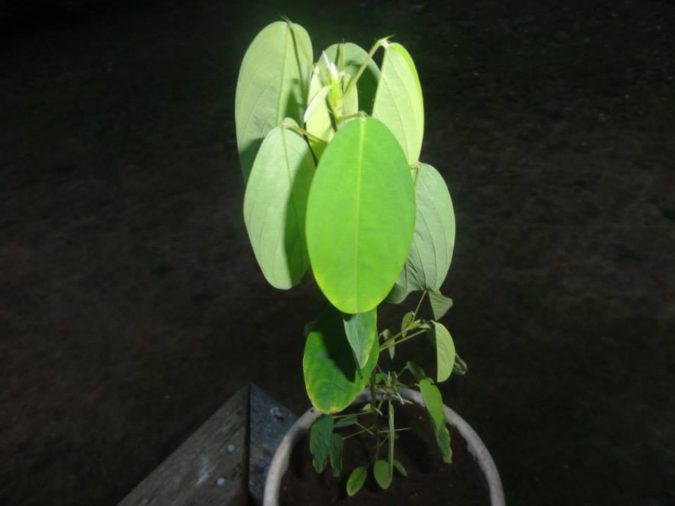 The first thing you will notice about Hydnora Africana is its scary appearance. This means it is quite unattractive. It is parasitic in nature, given how it tends to get attached to other plants’ roots. Its smelly nature is also worth mentioning. 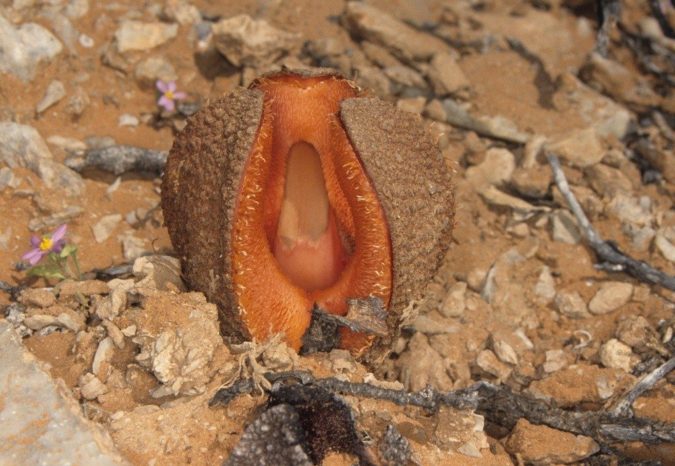 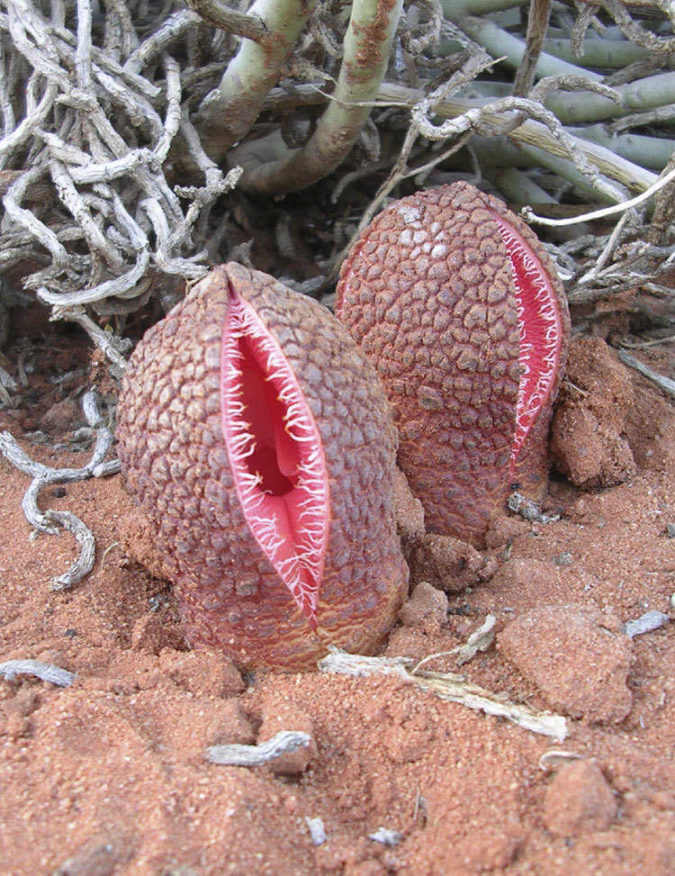 This is one of the rarest types of plants in the world. It can also be referred to as encephalartos woodii. This plant can be found in the southern parts of Africa, where it seems to be slowly going into extinction. Only the males were found to be in existence. 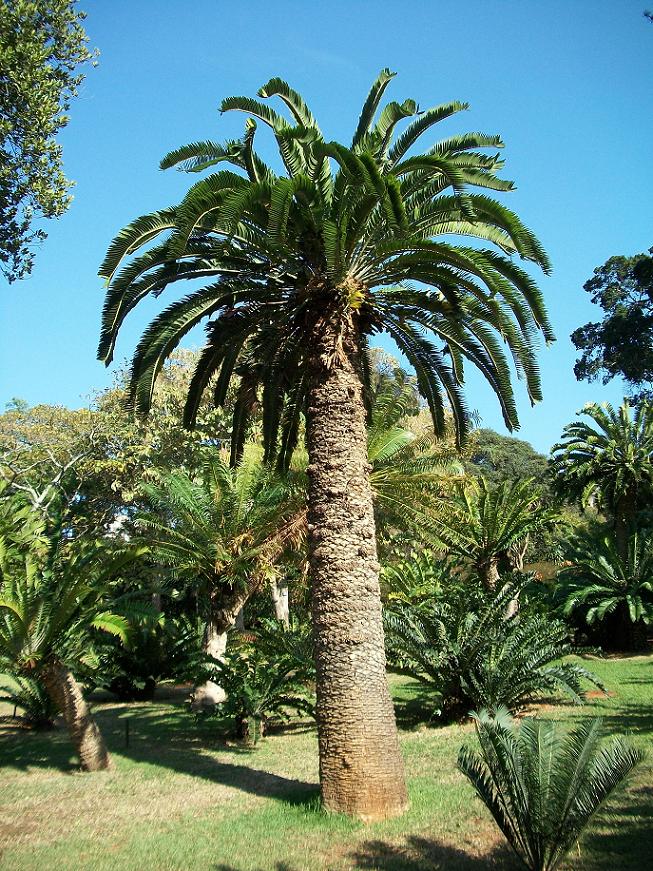 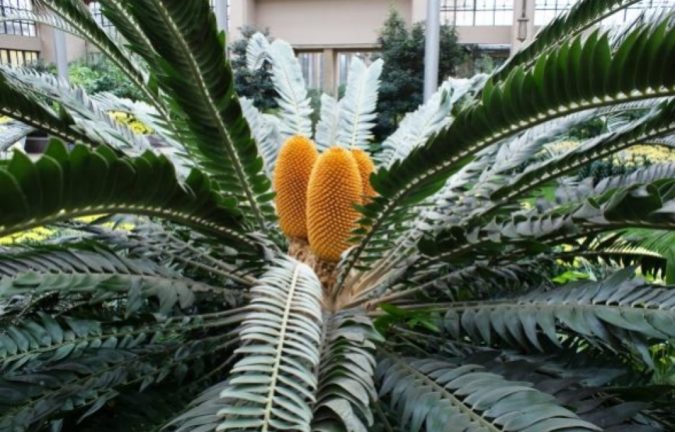 The plant is known for its smelly nature, which is similar to that of rotten meat. Through this odor, it can attract female blowflies. Its swollen cavity is where these will later get captured in. They will be held there for some time. 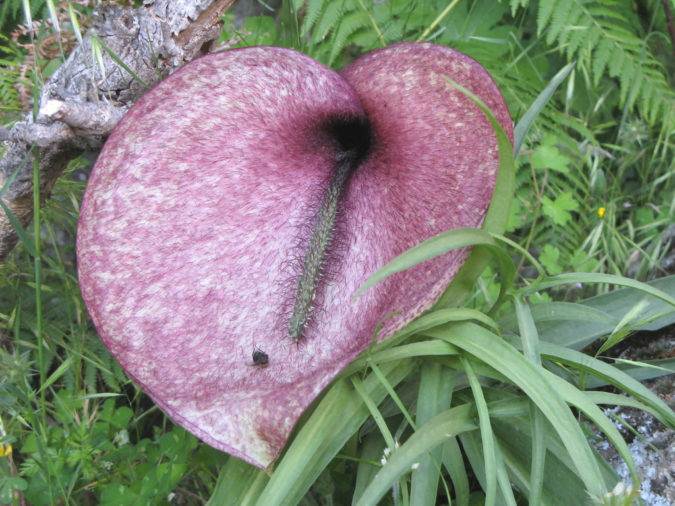 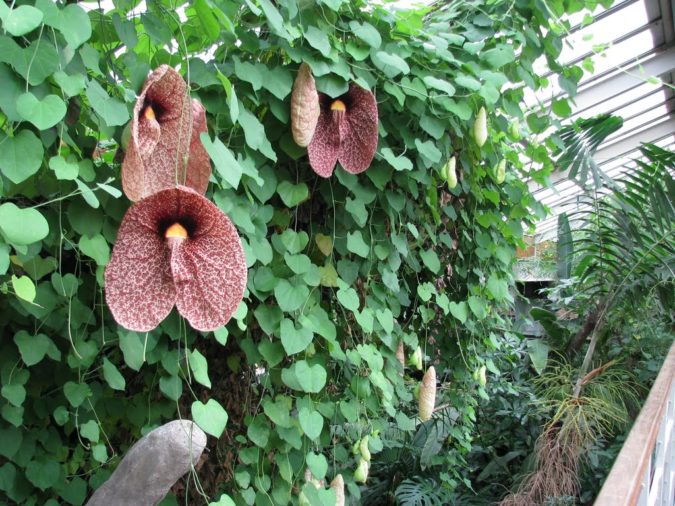 It is a highly resistant plant and can be found in Namibia. Welwitschia mirabilis isn’t attractive in any way. However, its features are really worth taking note of. For instance, its stem is sturdy. Also, it has two leaves which grow continuously. It can live up to 1500 years. 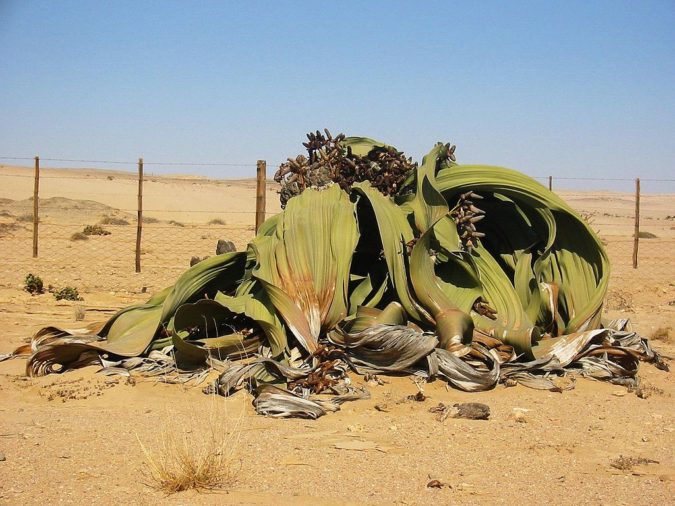 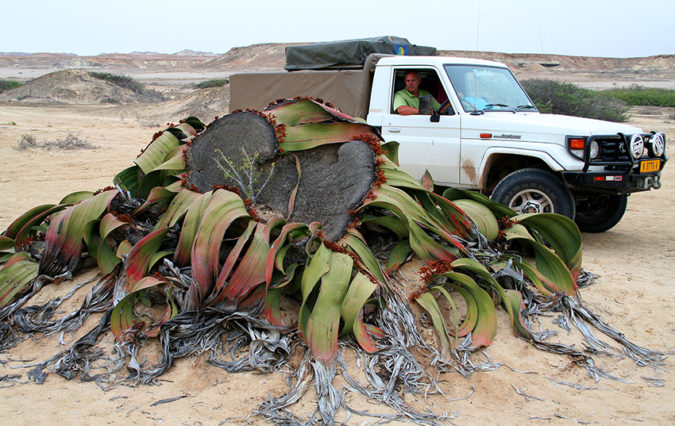 It is probably one of the most amazing plants you will ever discover in the world. Baobab is a plant that has about eight tree species and can be found in Madagascar. Due to its shape, it can also be called the bottle tree. They can live for more than 500 years. This could be due to the amount of water that they store, which is known to be about 300 liters. 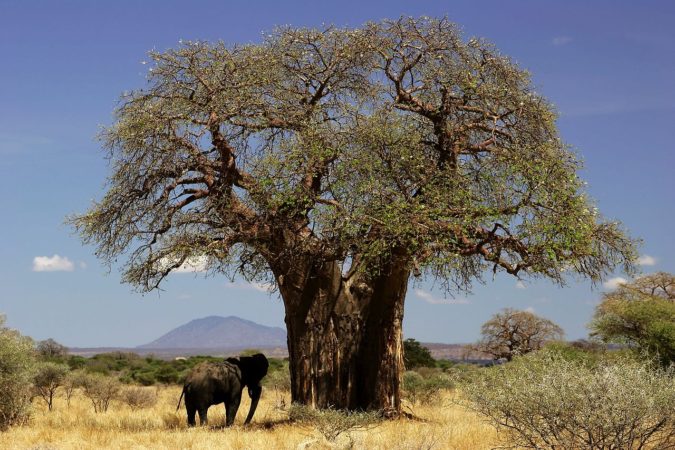 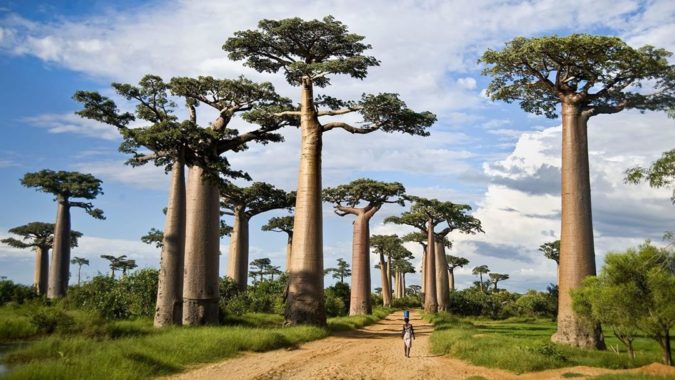 The plant is also known as Dragon Blood Tree and belongs to the family of Socotra. The name is gotten from its strange look, which usually attracts tourists from various parts of the world on an annual basis. 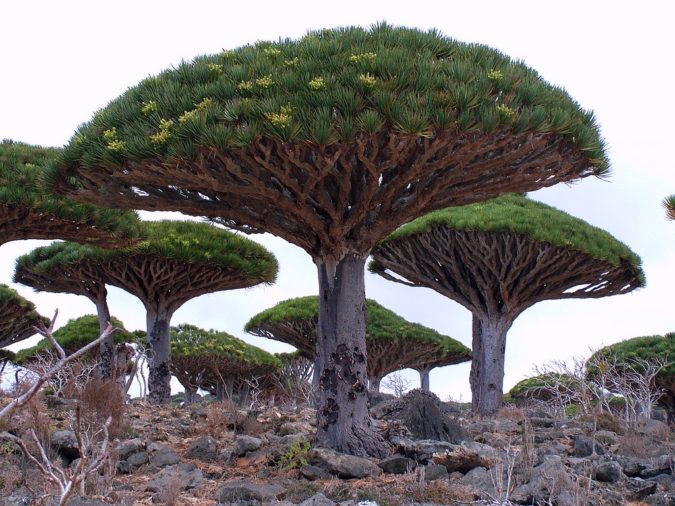 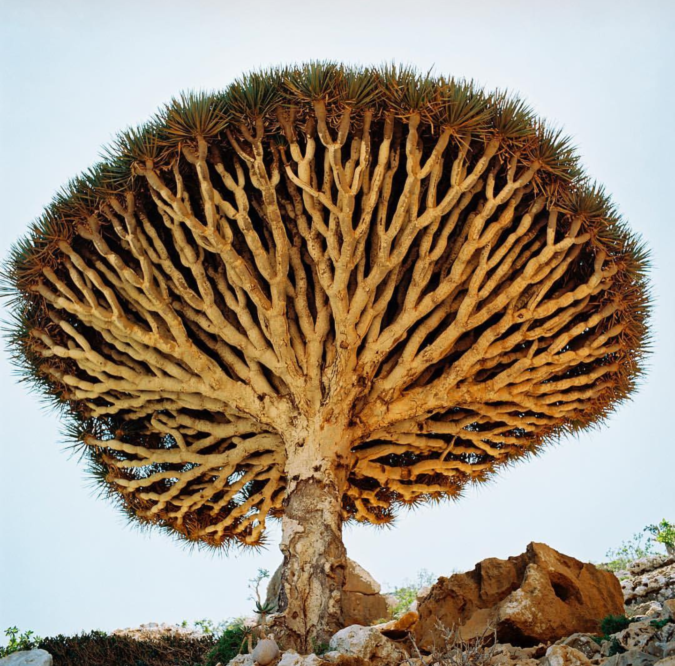 The scientific name of this plant is Amorphophallus Paeoniifolius, and it can be found in Southeast Asia. It is related to the corpse flower due to its smelly nature. It is edible, though. Also, Elephant-Foot Yam tends to vary in color. 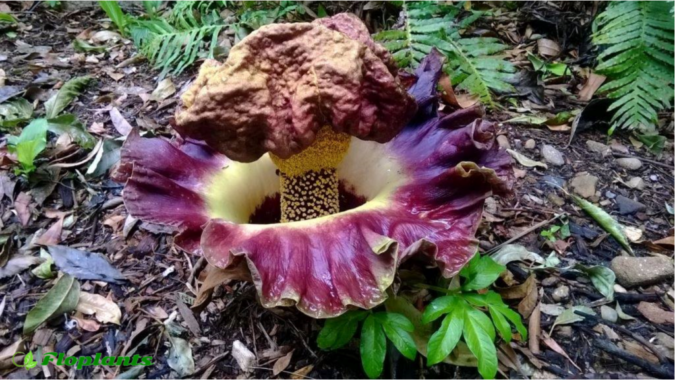 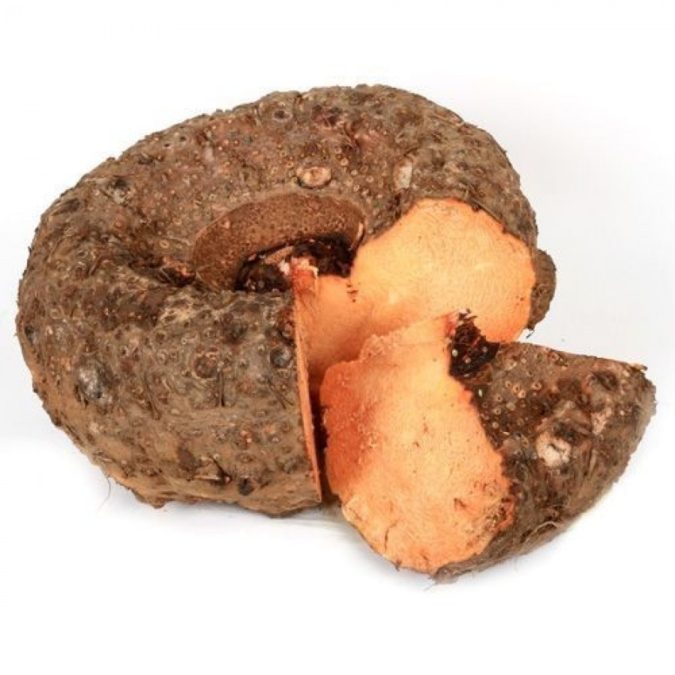 It can be found in South Carolina and seems unique amongst plants because it doesn’t primarily depend on sunlight as its major source of feeding. They also have a way of getting insects trapped. 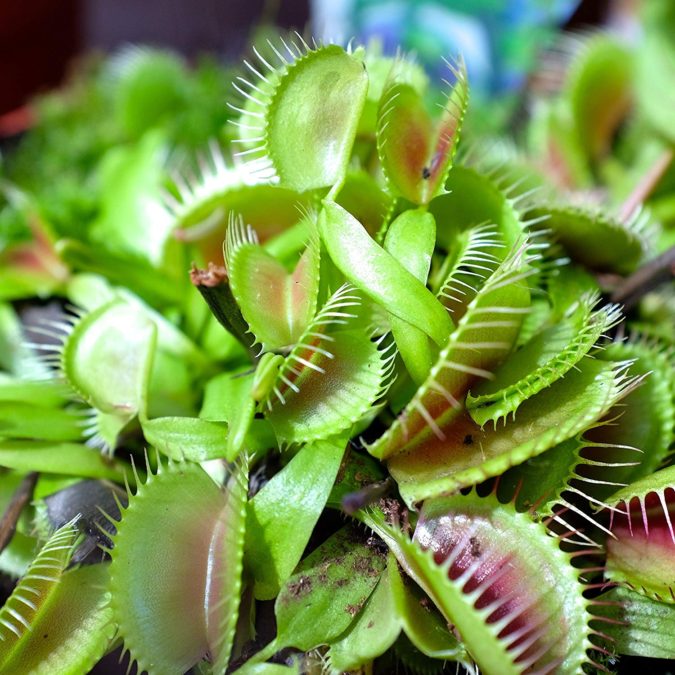 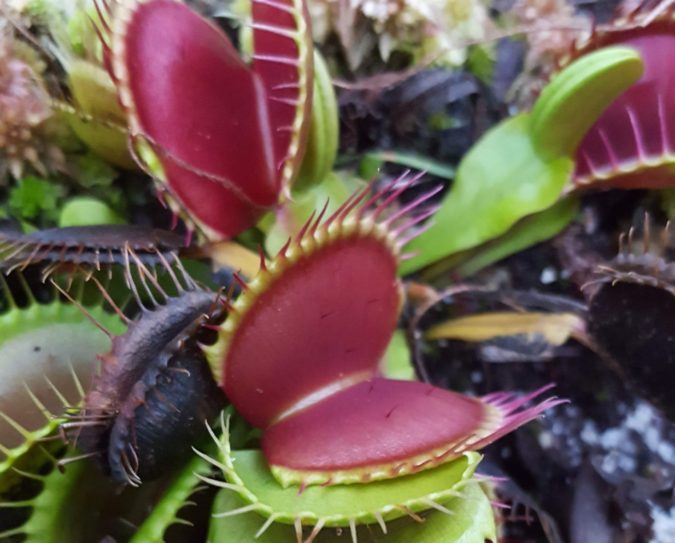