Everybody longs for a little freedom; it’s just that most people can’t see the bars in front of their face to break through them. For the countless animals in zoos all over the world, this indeed isn’t the case. Placed in enclosures so small that they can walk around the whole thing one hundred times in one hour, it comes as no surprise that from time to time the urge overcomes. The call to dash for freedom.

Following is a list of those brave animals that chose to have a shot at a free life rather than dying in a cage. Some animals went for freedom when their keepers made a mistake, a door unlocked or a barrel left behind as was the case with the baboons in San Antonio the other week (Reference 1). Others escaped through their ingenuity, and one tiger had reasons for his prison break so far from the freedom that he doesn’t really fit in a list with the others. Nevertheless, the story of the tiger is there, along with nine other animals’  miraculous jailbreak and zoo escape accounts.

Far and away the most renowned animal on this list is the orang-utan nicknamed the Hairy Houdini. He didn’t escape from his cage once, but regularly. The first time he went for a stroll around the zoo, looking at the other animals like any tourist. The second time he went to the cage of an orang-utan who he didn’t like and threw rocks. Hairy Houdini’s third escape was a masterstroke (Reference 2).

Ken Allen came into possession of a crowbar, but he was unable to do anything with it. So, he tossed it to his neighbor, Vicki. She was able to open Ken’s cage for him. Ken escaped at least six more times in his life, and often let the other apes and monkeys out as well (Reference 3). He was a national celebrity.

We will never know just what drove this wily ape to escape. It likely wasn’t yearning for the jungles of home. Ken Allen was born in captivity, so never saw a forest. It seems he just wanted to have a little fun. 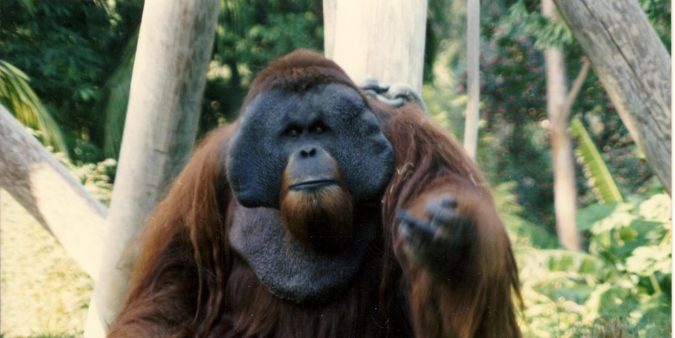 This much less unimaginatively named escapee was a national sensation in his own right when he escaped from his enclosure in London in 1965. Goldie made his break while his cage was being cleaned, leaving his partner behind to live wild in Regent’s Park.

This golden eagle, the largest of all the birds of prey, lived in the park for 12 days. He eluded all attempts to capture him, including efforts to charm the bird with an Ethiopian bird pipe (Reference 4). He didn’t stay in the park though; Goldie also took the chance to do a little tourism, visiting Euston town and Camden Market. Soon inevitable hunger struck, and Goldie was caught while trying to steal a family’s picnic. He would escape into the park again later that same year, undoubtedly with a taste for sandwiches. 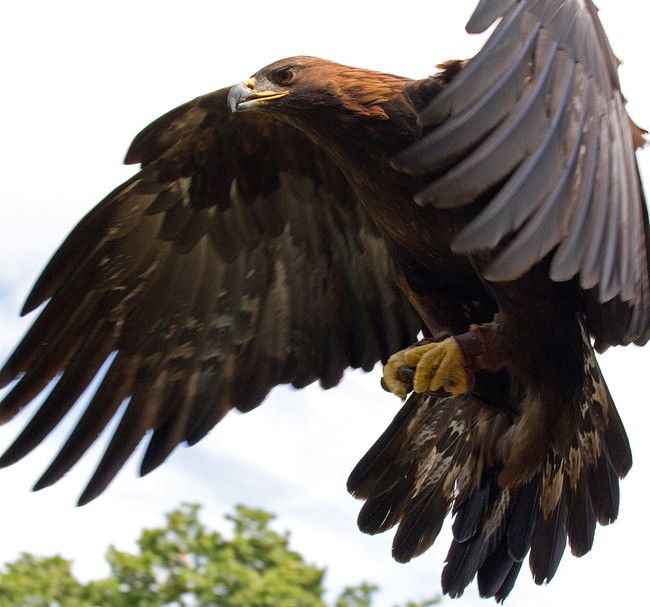 Normally you would expect the animals capable of escaping to be smart, like an orang-utan, or fast and agile, like an eagle, but sometimes it’s the quiet ones you have to watch. Abuh, the giant tortoise, proved this truth when she escaped from her Japanese zoo in Okayama in 2017.

Abuh was a quiet and trustworthy tortoise, and she was given free reign of the zoo grounds as a reward. As it turns out, giant tortoises are quicker than you’d imagine. She escaped multiple times. These escapes came to a head when the young tortoise went missing for two full weeks.  She could have gotten anywhere by then.

As it turned out she hadn’t gone far, about 140 meters to be precise (Reference 5). Abuh was brought safely back home although there was no rush. Giant tortoises like her can survive for months without food or water. It seems that Abuh escape was more by accident than anything else and that she was simply waiting to be found. 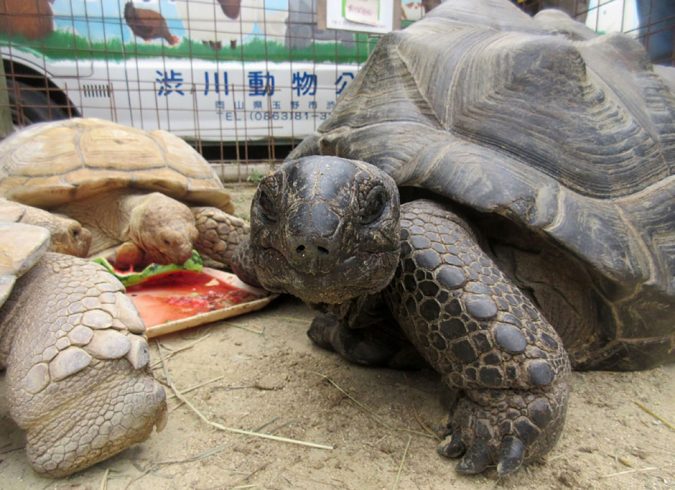 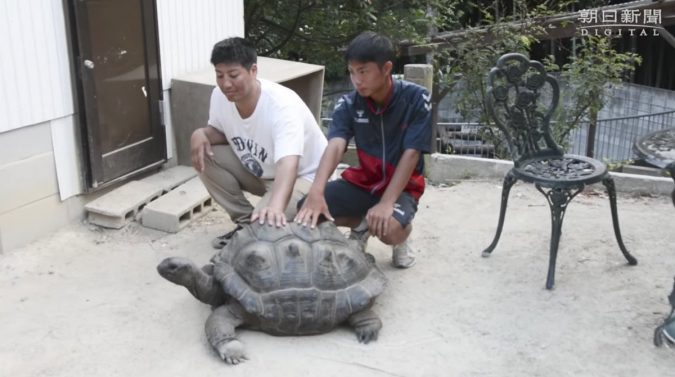 Ok, those first three examples all made breaks for freedom, but their life in liberty didn’t last long. Let’s look at a real success story; that of Inky the Octopus and his escape down-under. Inky had lived in the New Zealand National Aquarium since a fisherman caught him at the Pania reef in 2014. Described as a battle-scarred and engaging octopus by the staff, Inky quickly became a favorite (Reference 6). It’s good that he made his reputation quickly because he would be gone less than two years later.

Inky followed in a long tradition of octopodes (the correct plural, who knew?) breaking out of their tanks, although less ambitious others would only steal food. Breaking out of his tank during the night, Inky removed the cover of a drain in the corner of the room and slid down to the open ocean. Inky hasn’t been seen since, but an octopus as smart as that is no doubt enjoying his freedom.

The small municipality of Cascavel in South Brazil would be the stage for a breakout of monkeys that would break all the set conventions of animal escapes. This wasn’t an escape based on jumping a fence or someone leaving a crowbar behind; the monkeys had to have a plan. One, in particular, named Ceará, did.

Ceará wasn’t alone in his cage, but the others weren’t just any monkeys. One of them was his girlfriend, Amarela. In a scene straight out of a Pixar movie, the clever Ceará earned freedom for himself and his girlfriend. He waited until no zookeepers were around before smashing the lock of their cage with a rock. The rock did its job, and the monkeys poured out of their cage (Reference 7).

Unfortunately, their new life didn’t last long, as the couple was quickly captured. However, just like the Great Escape, others remained on the run. They were seen in local restaurants, visiting other animals’ enclosures and even on the public transport, but only seen, never caught. Four of the eight escapees are still out there somewhere according to the latest news, enjoying a life of jungle luxury. 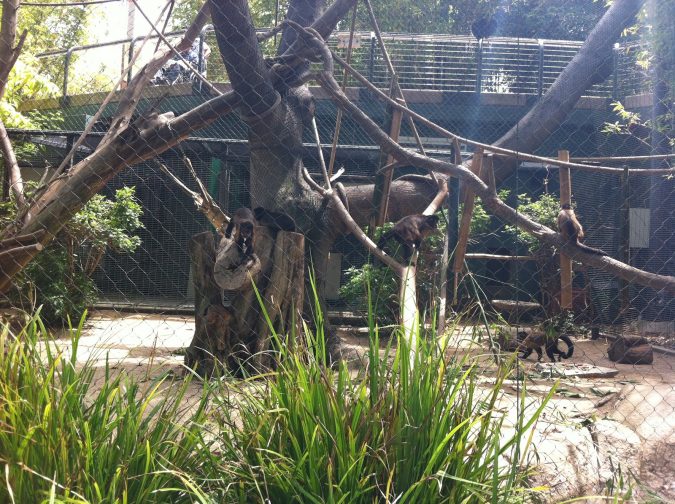 Naming him with a number says how little anyone cared about this little Humboldt penguin before he made his big break. But penguin 337 did make a break, and he made it big. After jumping a rock twice his height and squeezing through a fence gap half his size, 337 found himself free in the Tokyo Bay. Zoo officials campaigned for his speedy return; sure he would be incapable of surviving in the unfamiliar water. Their fears were entirely unfounded.

For more than two months penguin 337 lived a life of freedom in the bay. He was able to catch all the food he needed and was reportedly seen at a field in western Japan. It seems unlikely he ever migrated far though, as he was found just five miles from the zoo after 82 days on the lam (Reference 8).  After countless false tip-offs from fishers, one finally led the authorities right to 337, and he was taken back to join the other numbered penguins in his enclosure. 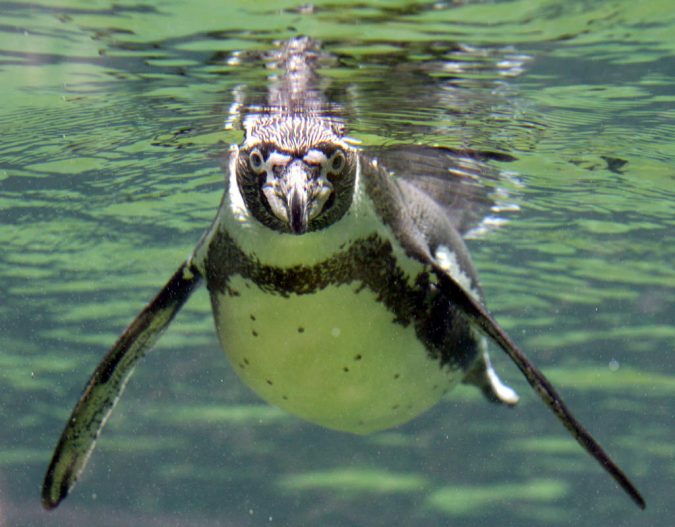 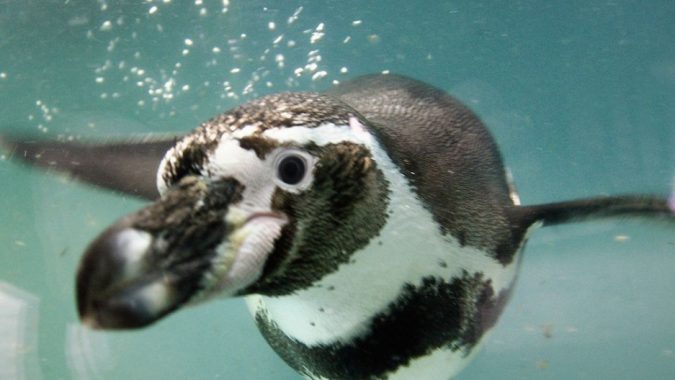 Another numbered bird, this one made his escape from a zoo in Kansas thanks to his ability to blend in with the crowd. 492 was able to hide well enough amongst the other flamingos to escape having his wings clipped by the zookeepers. This gave him the perfect opportunity, and he took it. The problem was that flamingo 492 was a greater African flamingo, and so a complete stranger to his new continent (Reference 9).

Quite literally free as a bird and yet with apparently no clue what to do with his newfound freedom, 492 was first seen in Wisconsin, then Louisiana, then Texas (Reference 10). The most recent sighting of this free flamingo was in 2013 when he was spotted in Mexico cavorting with a female American flamingo. Given the warm climate in Mexico and the fact that flamingos mate for life, it’s safe to say that 492 has built a real life for himself. 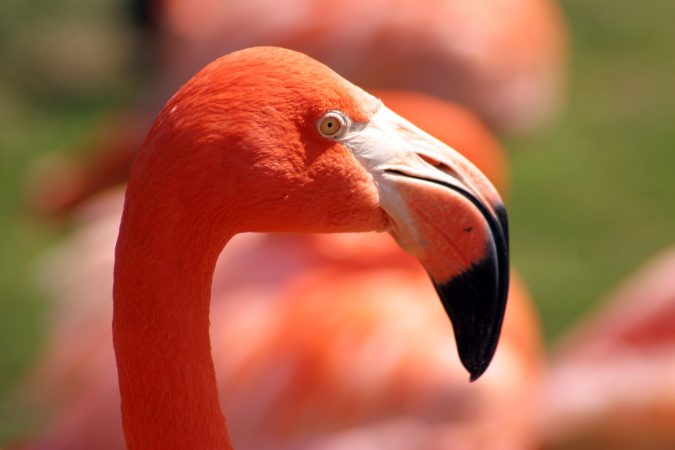 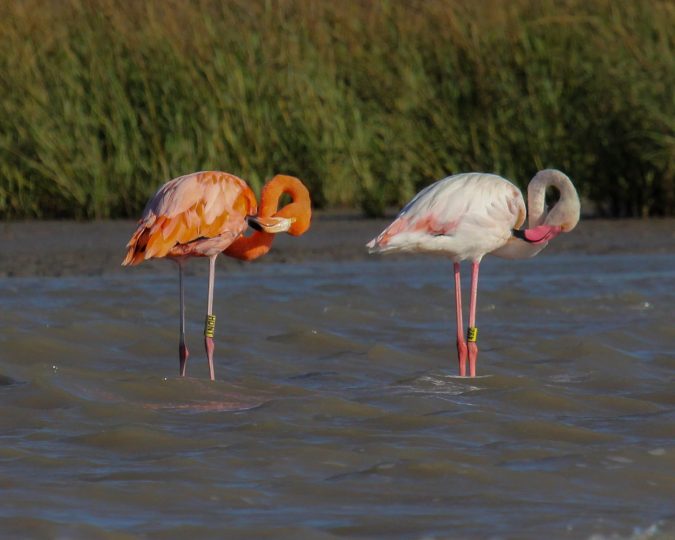 You promised a story about a tiger at the beginning, and this is it. So what was so different about this tiger? The fact that he was and is a wild tiger, who broke himself into a zoo. The zoo in question is Nandankanan zoo in India, which has a collection of 24 tigers in its safari. Apparently, this collection of female tigers in one place was more than this particular wild male could resist and he was seen to break into the zoo to see his girlfriend on more than one occasion (Reference 11).

The zookeepers became worried about the new utterly feral tiger in their enclosure. They collected a group of 20 men to chase the tiger away, which as it turned out, was unnecessary.  After getting what he had come for, the tiger simply left, back to his life of freedom. 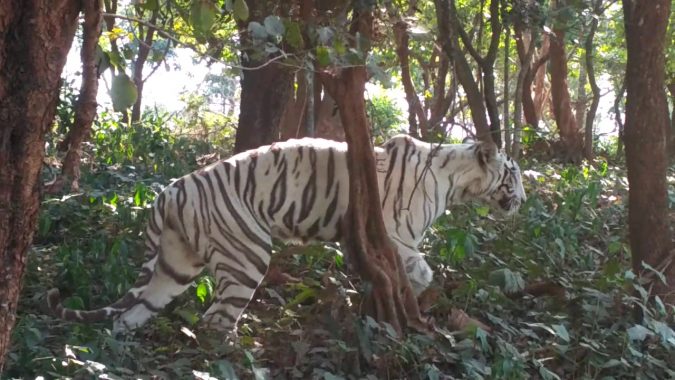 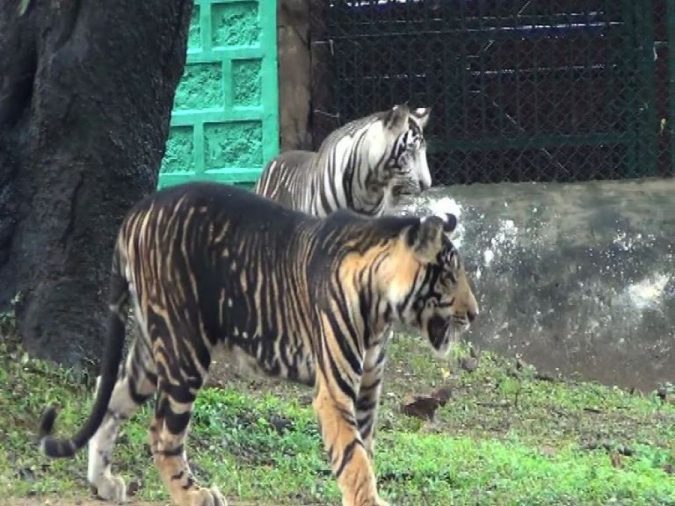 9 The Fox and the Boar and the Kangaroo

Now we move into the territory of real animal teamwork. In a story that could be straight out of Aesop’s fables or Farthing Wood, the wild animals of the nearby forest helped the kangaroos of a German zoo near Frankfurt dash freedom.

One of the local foxes made a small hole in the kangaroos’ enclosure, while a boar worked the same job, creating a larger hole under the fence surrounding the entire zoo. The kangaroos were quick to make their escape once they had been so kindly provided with it. Three of the plucky marsupials broke out of their enclosure, and two of those made it out of the zoo entirely, to roam free around the German countryside (Reference 12). The most recent news available is that one kangaroo is still free, although that was in 2012. So, it seems likely that the dream is over. 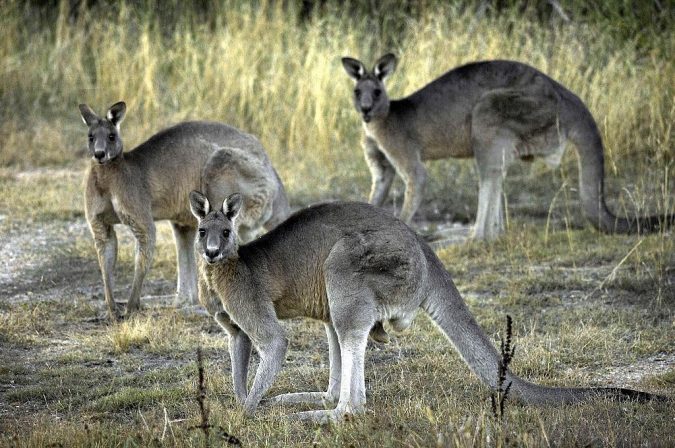 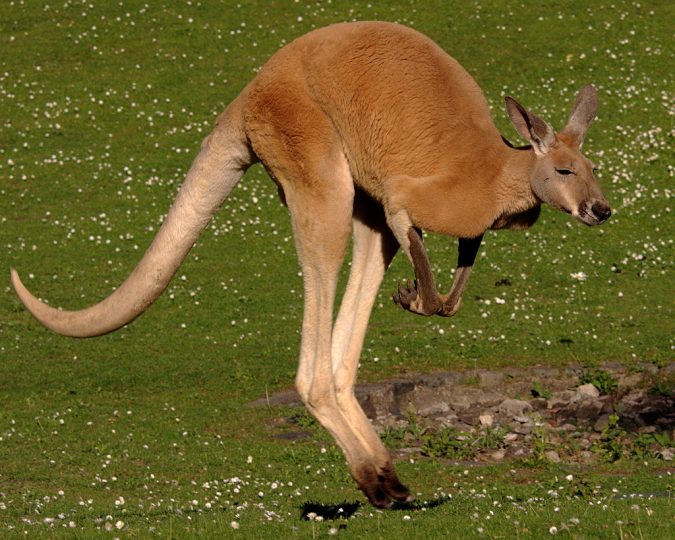 10 The Giraffe and his Cronies

This final entry breaks the rules in all the right ways. Not only does it involve enough animals to be called a stampede verily, but they weren’t even in a zoo, but a traveling circus. The breakout occurred the night of June 30th, 2008 after a giraffe, apparently tired of the performing life, kicked a hole in the animals’ cage and went on the lam. But he didn’t go alone.

Amsterdam police at the time reported that the animals involved included 15 camels, two zebras, an undetermined number of llamas and pot-bellied pigs and of course, the ringleader, the giraffe (Reference 13). Although they were all rounded up without too much fuss by trainers and their dogs, the animals certainly made their mark on the city. It was more of a free petting zoo than a rampage; the fugitives being treated to food by the many locals who saw them. 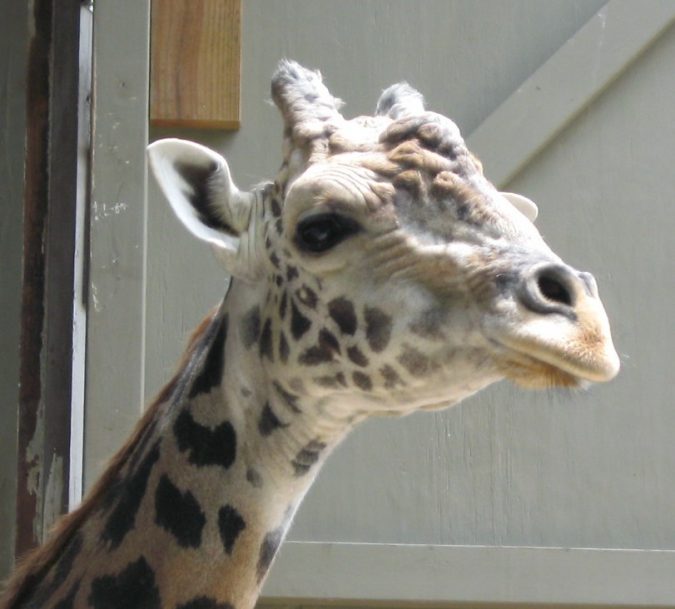 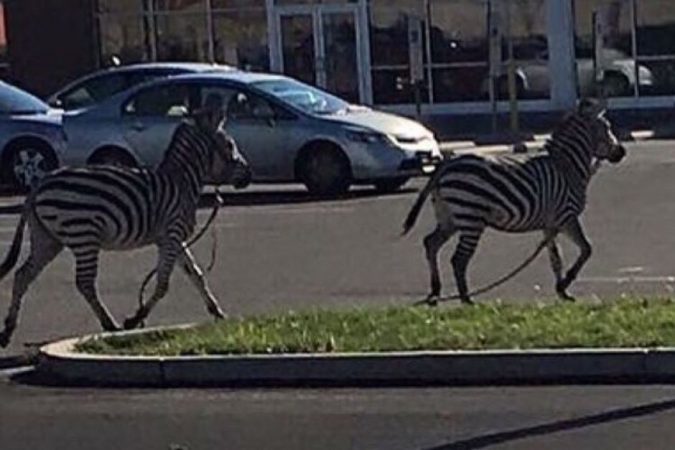 Alexander Richards Likes to share the interesting facts found while trawling the internet and world writing those pointless articles you spend all day reading.