Nature is in a continuous change and the laws of evolution are still applied; only the adaptable species survive and stick around. Thousands of species have come to extinction, especially during the past 100 years. The main causes behind wiping out a great number of different species are human influences and activities such as hunting, deforestation, inhabiting certain areas with new species and climate change. Being hunted or not being able to adapt to changes, many species have disappeared. However, it is estimated that there are over 8 million of different animal species. This number is in continual alteration as new animals are being discovered, others become extinct and some thought to be extinct are refound. Here are 10 animals that were believed to be extinct.

Okapi is an animal first known and documented by ancient Egyptians. Originally, scientists thought that okapi was only a myth, until they found an animal with a shape related to a giraffe; it looks like a half-deer, half-zebra with a relatively long nick combined in a hybrid-like animal which called Okapi and was recorded in 1887. Okapis were rediscovered by Sir Henry Morton Stanley, an African explorer. In accordance with the most recent reports there are currently 20.000 Okapis live in the wild and zoos. 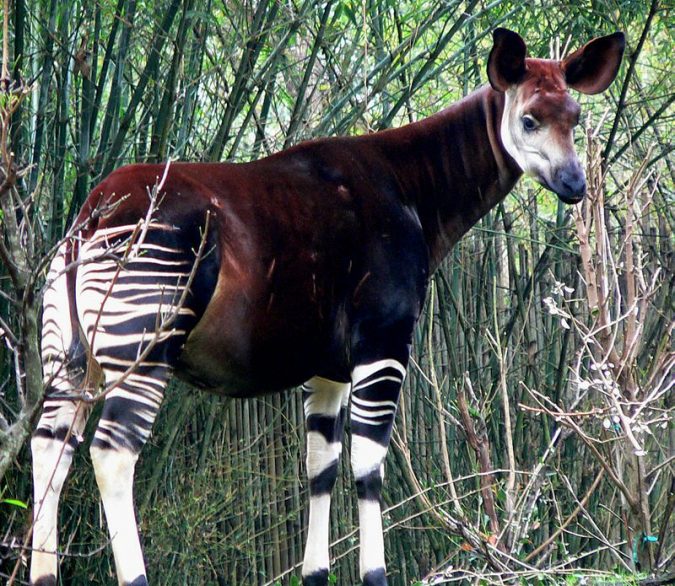 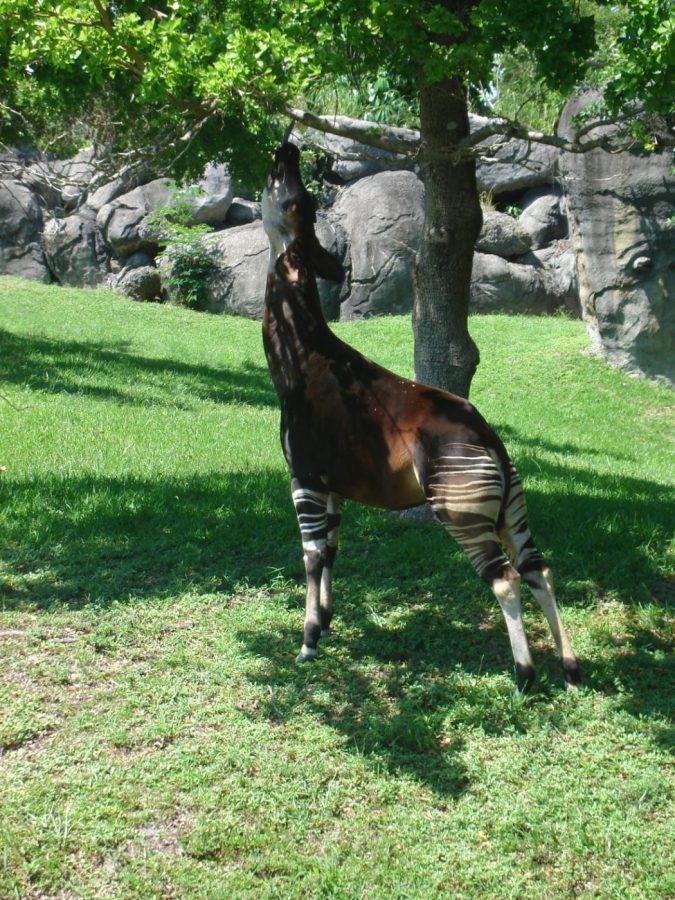 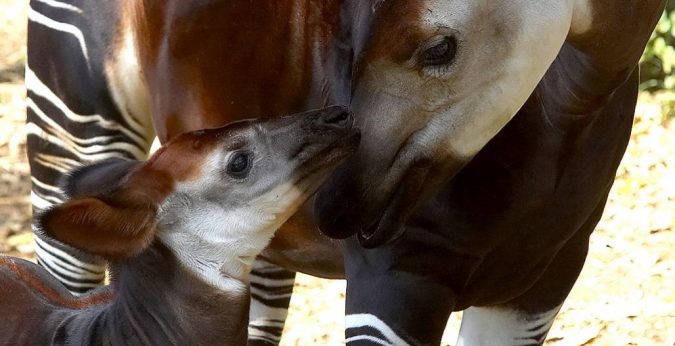 This little animal was thought to be extinct for 50 years until accidently rediscovered. Eastern Quoll currently inhabits the wilds of New South Wales, while it was last seen in Tasmania and Australia in 1963 before rediscovered in 1989. The number of Eastern Quoll species have drastically reduced after red foxes were brought to the Australia. 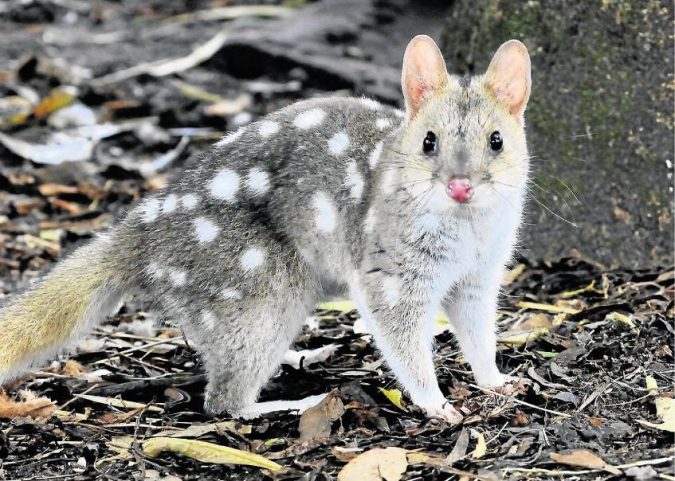 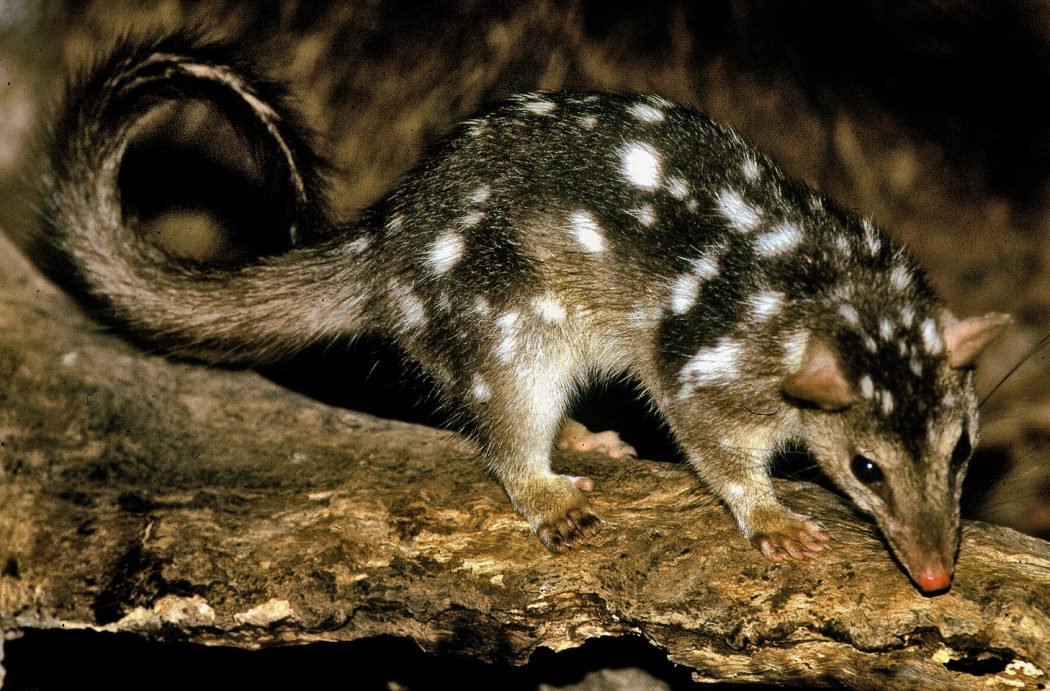 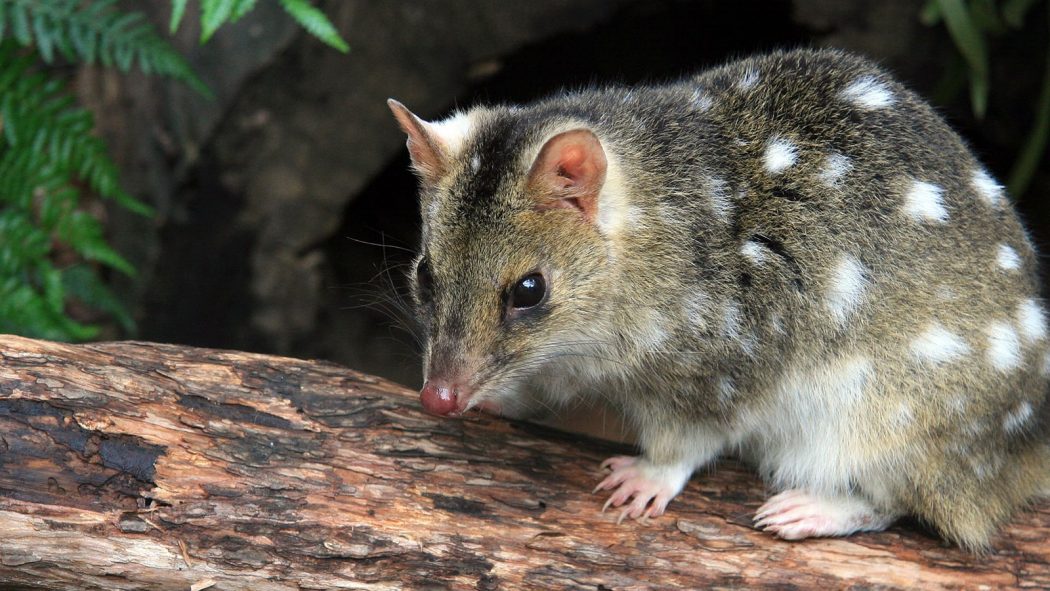 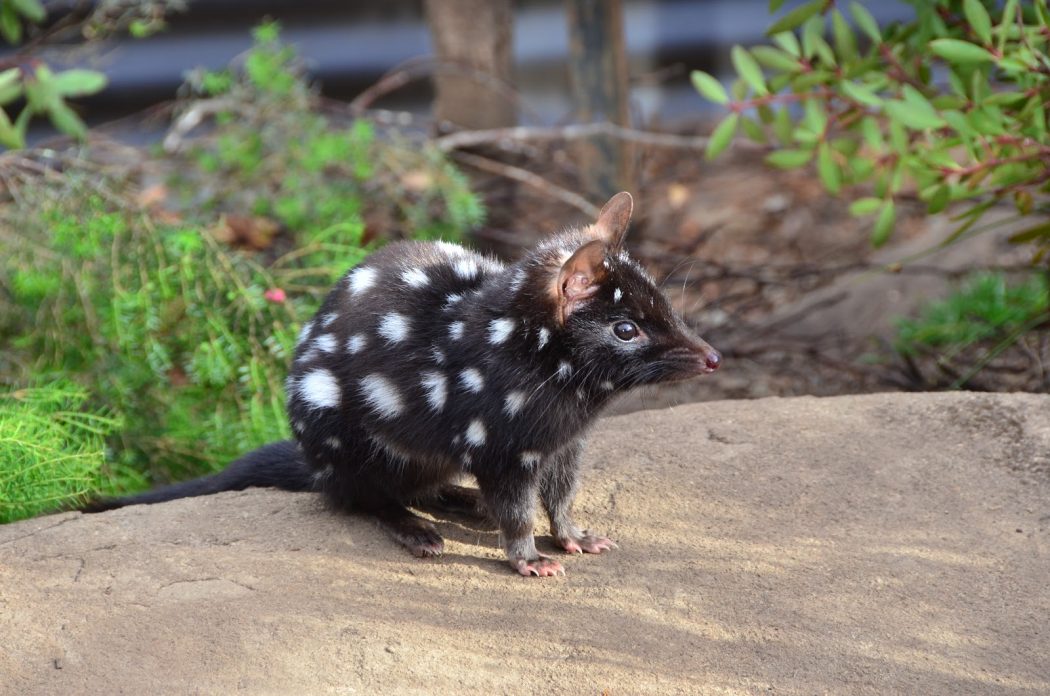 Being a subject of many legends and tales, scientists believed for a long time that Giant Squids are nothing but a myth. This creature’s existence was finally confirmed when the sea washed off a large carcass of a Giant Squid on Newfoundland’s shores in 1878. The 50 feet carcass suggested that there might be more specimens of this species inhabiting the ocean. In 2005 Japanese explorers found more specimens in the water of the Pacific, achieving a groundbreaking discovery. 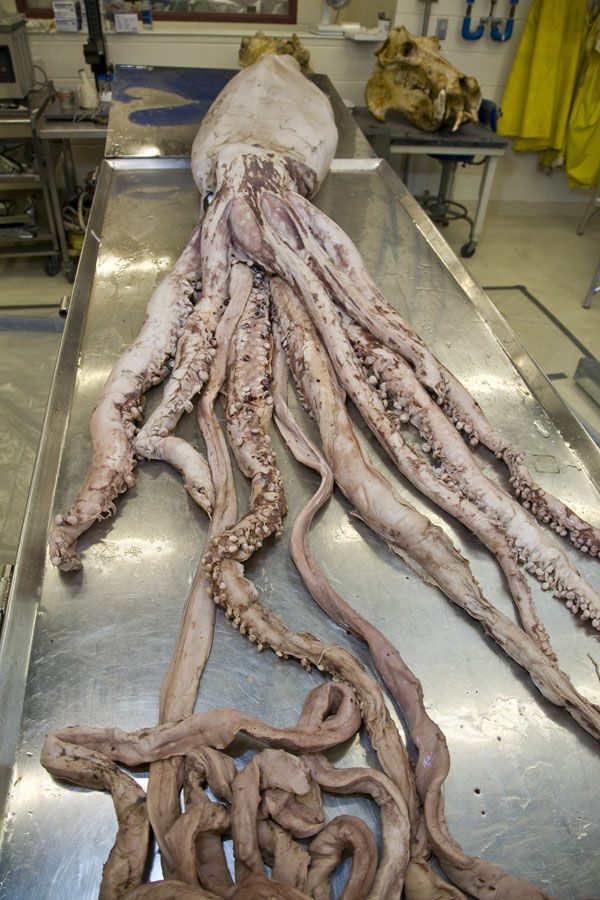 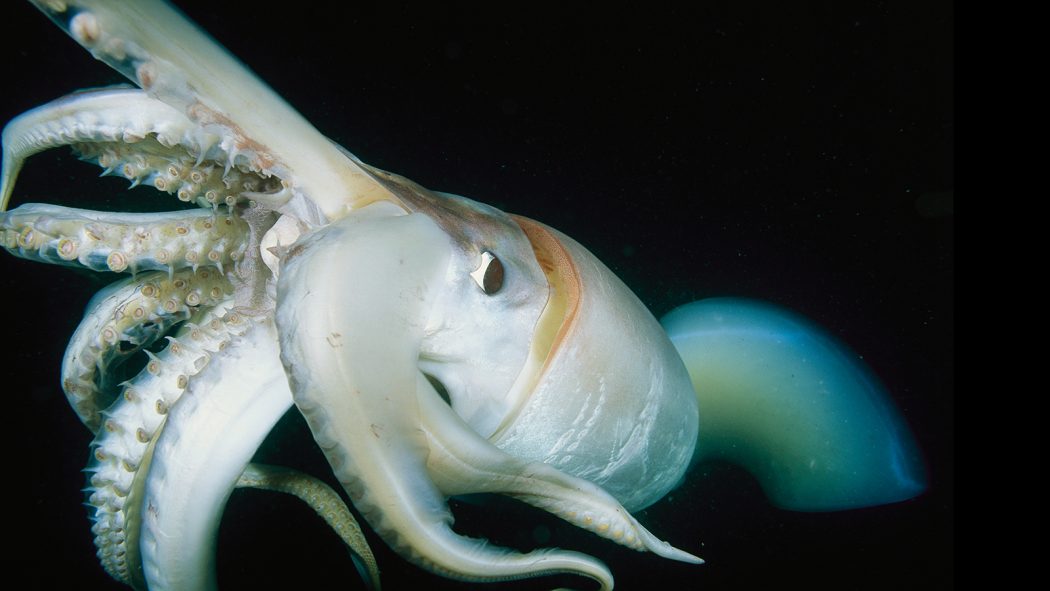 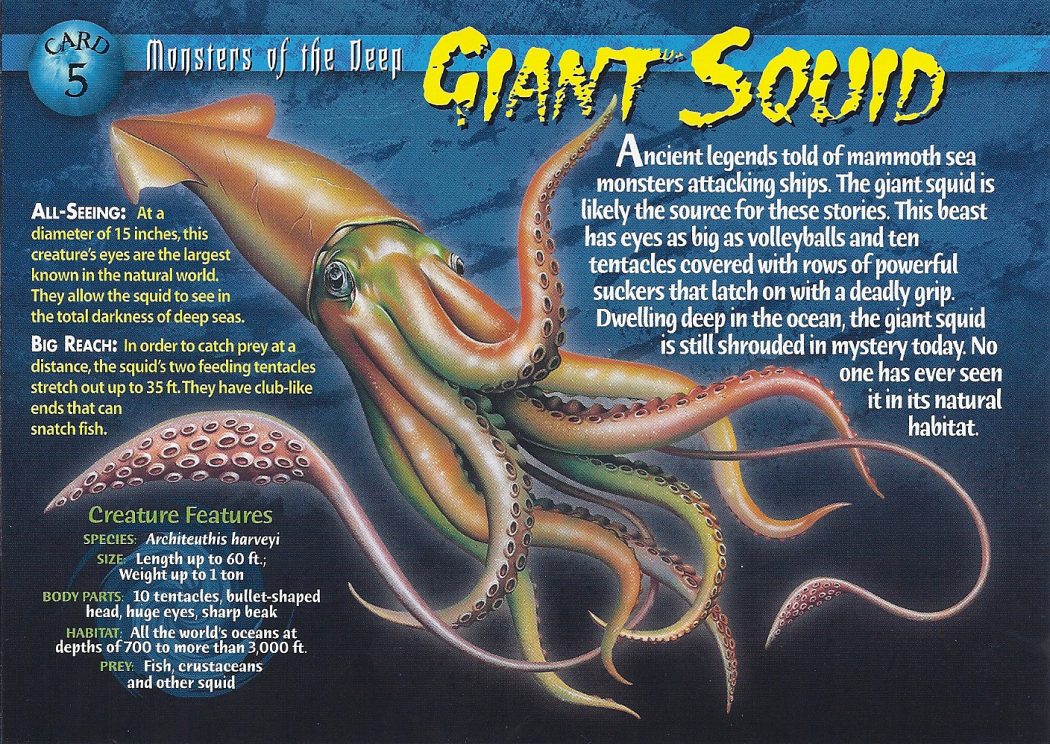 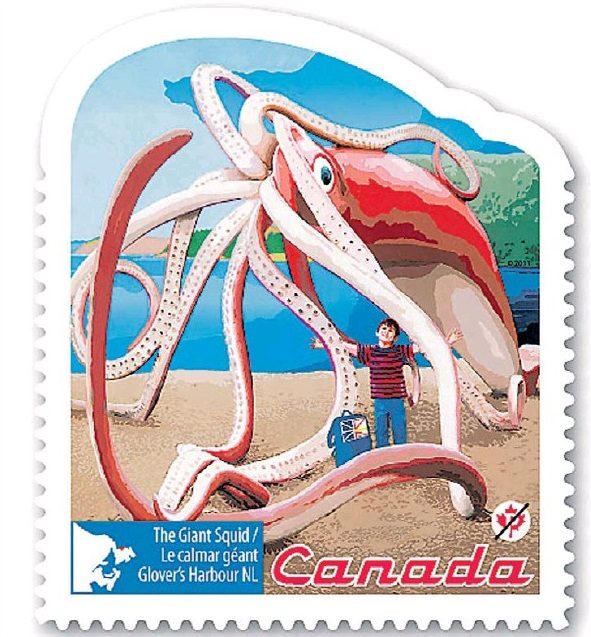 Until the exploration of Africa, during the Victorian era, Mountain Gorilla was thought to be a myth. There are about 800 specimens of this species inhabiting mountain areas of Rwanda, Democratic Republic of Congo and Uganda. They are protected by the law and carefully studied. 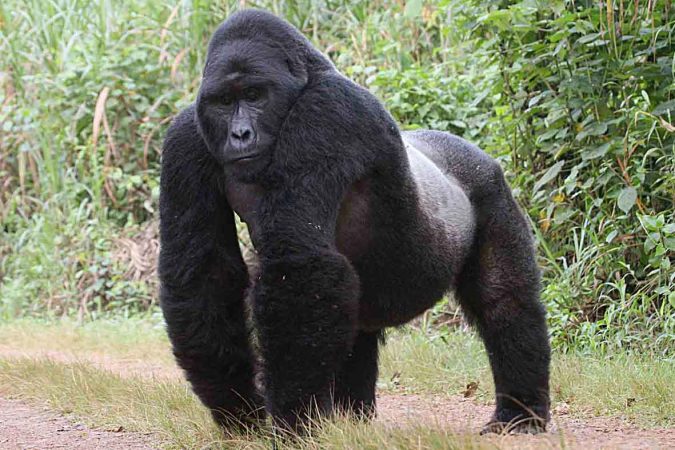 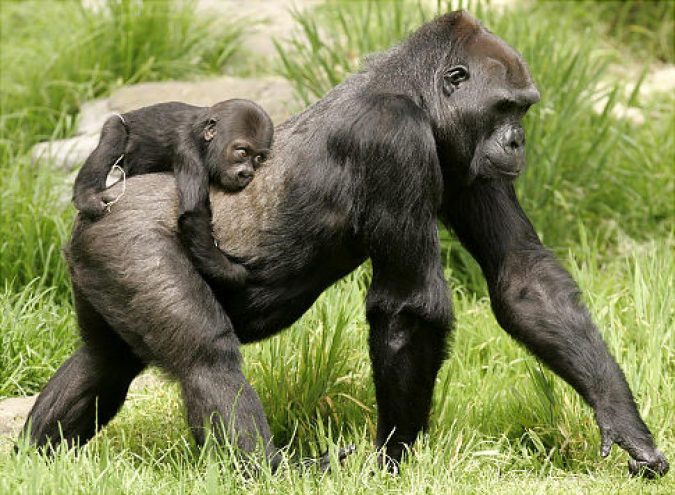 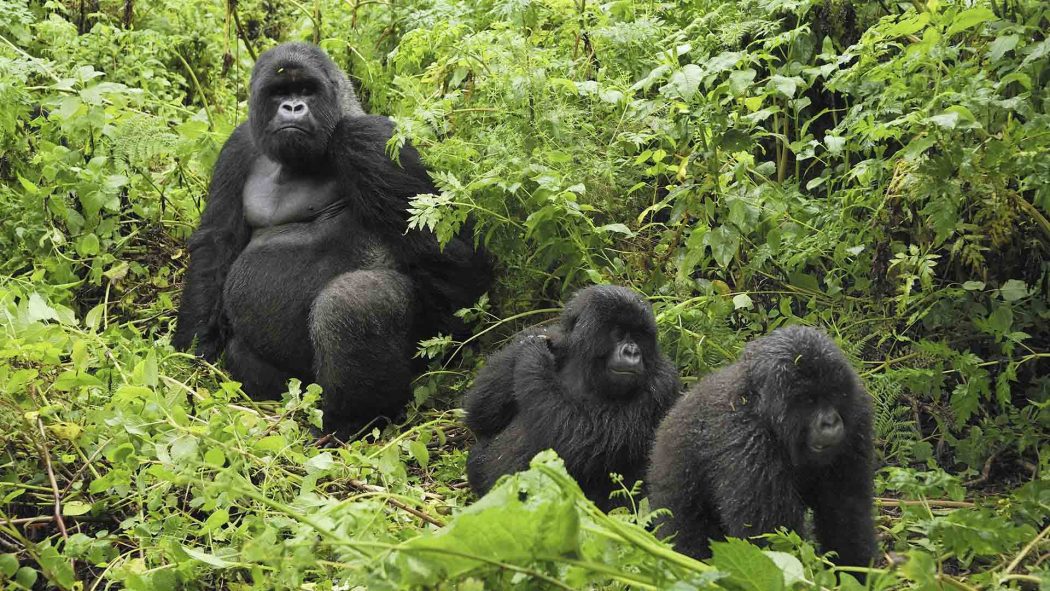 Caspian horses have been on earth since 6000 BC; they have lived by Mazanderan Sea in the area that is now known as Iran. For long they were thought to be extinct until 1965 when Louise Firouz found the Caspian stallion Jehan in the mountain of Mazanderan. After spending one year with Louise, Jehan was exported to the USA. After a long flight and 60 days of quarantine in New York, he finally reached his new home in Virginia and met Mrs. Kathleen McCormick, his new owner and companion. Throughout his long life, he took part in many exhibitions and shows till he died in 1993. Now Caspian horses can be found in England and America as well as their first home, Iran. They are known with their beautiful eyes; almond shaped, large, dark, graceful necks and slim body with deep girth. 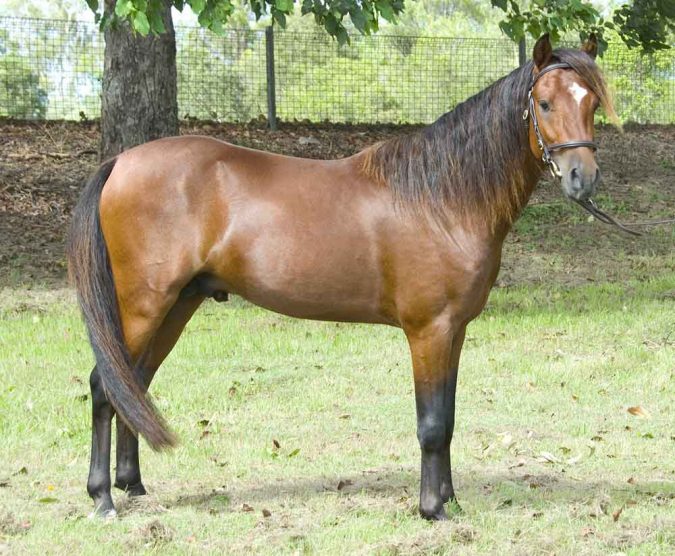 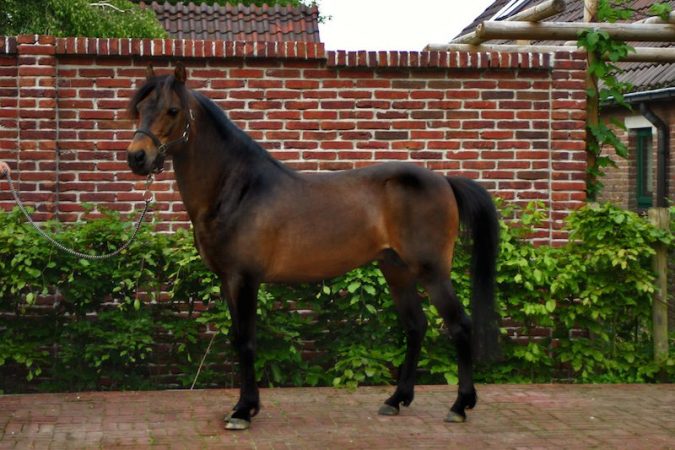 Omura’s Whale is a pygmy type of whale that was last seen in 2003 when it was announced to be extinct. It was later spotted and documented in 2015 by a team of scientists from New England Aquarium. The whale was refound in the northwestern water of Madagascar. 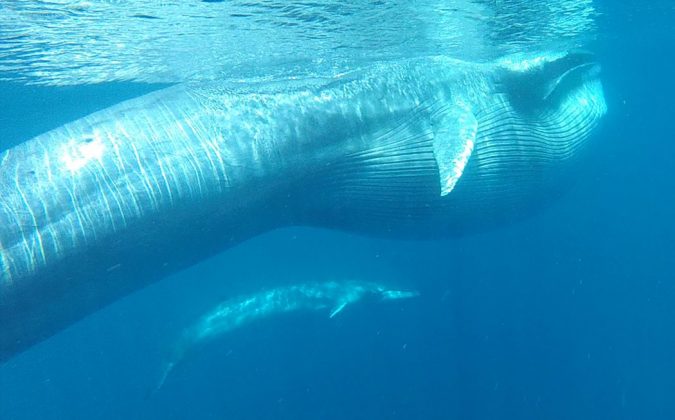 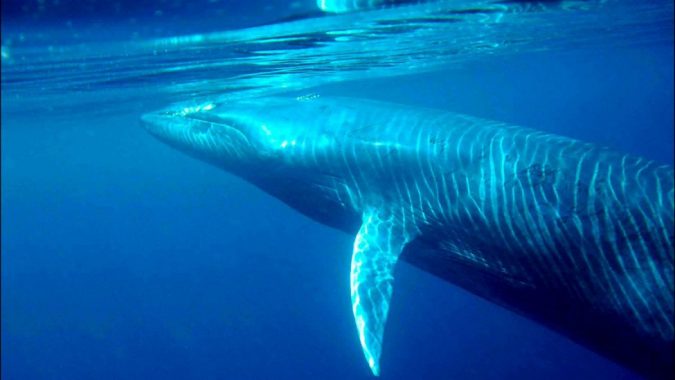 Believed to be extinct for 40 million years, this fish was rediscovered by chance in 1932 by Marjorie Courtenay in South Africa. She went over to meet a friend who had returned from fishing with a strange fish among his catch. Being a museum curator, she immediately became interested in the fish’s origin. Later on, it was confirmed that the fish was definitely a Coelacanth specimen. 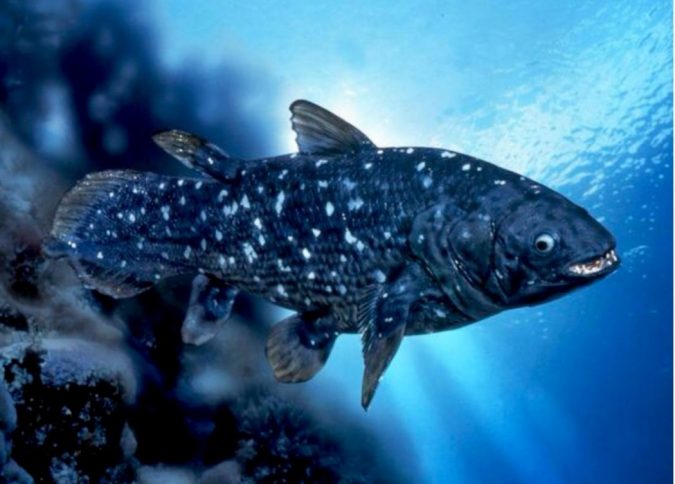 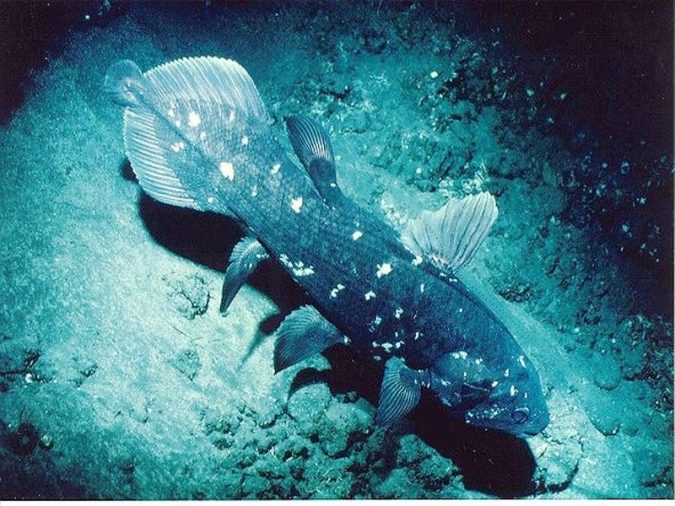 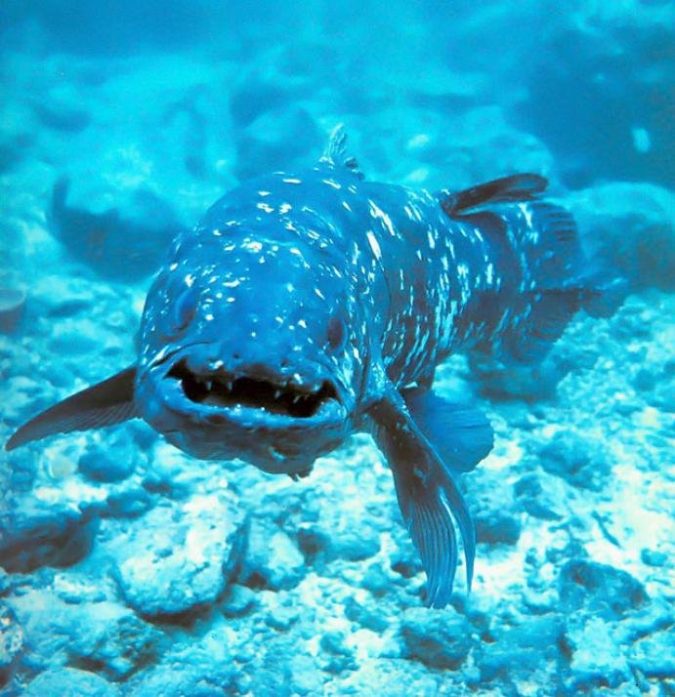 This unique, curved-teethed lizard was thought to be extinct until it was found by a French explorer in 2003. The Terror Skink lizard is categorized among the endangered species; it is estimated that 250 specimens are the only leftover from this species and they exist in the Isle of Pines, an island of New Caledonia. Being a rare and interesting species in the world of omnivores, the preservation of Terror Skink population is very important for scientists, naturalists and explorers. 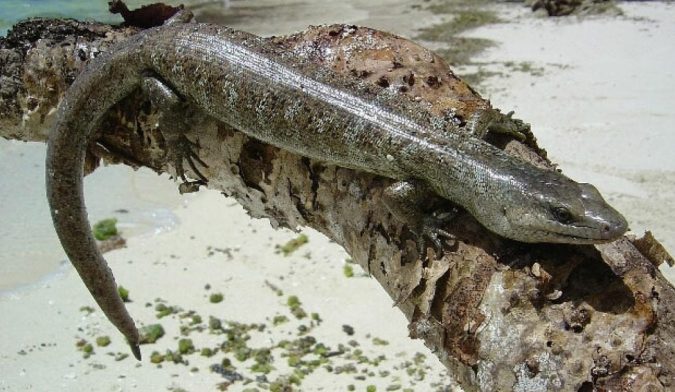 Spotting the Ivory-Billed woodpecker is the biggest treat for any passionate birdwatcher; there are immensely large money prizes for anyone spot and document this Woodpecker. After living in a belief that this bird was extinct for a long time, the rare bird was spotted in Arkansas Big Woods in 2004 and documented on footage. The bird also lives at  Choctawhatchee River in Florida. The Ivory-Billed Woodpecker hasn’t been caught on footage ever since 2004. 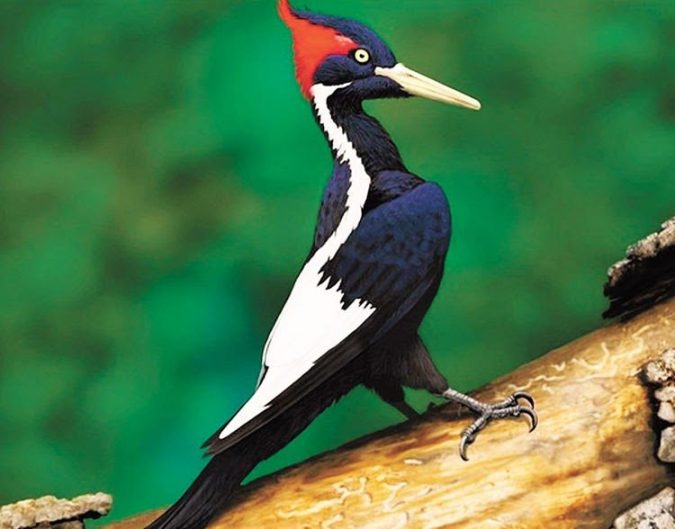 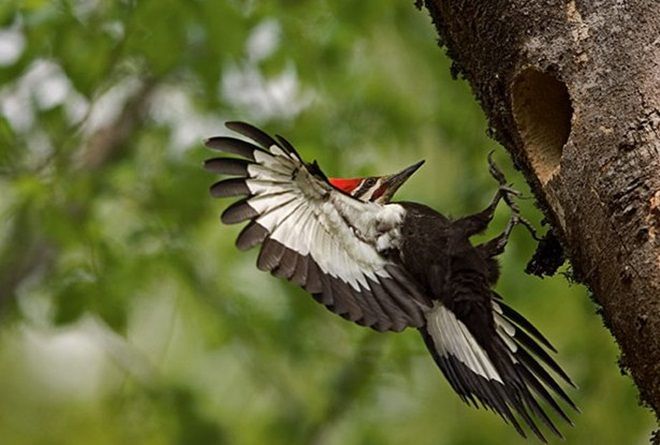 Narwhal is another animal believed to be only a legend until was spotted in Arctic water. These amazingly interesting animals are unique type of whales live in the Arctic and were first spotted and documented by the historian Olaus Magnus in 1555. Part of their singularity goes back to the tusks set on the top of their heads, which is why it is believed that these creatures are the base of the unicorn legends as their tusks remind of those attributed to the mythical horses found in tales. The tusks serve the purpose of establishing hierarchy among Narwhal species, not for killing preys. 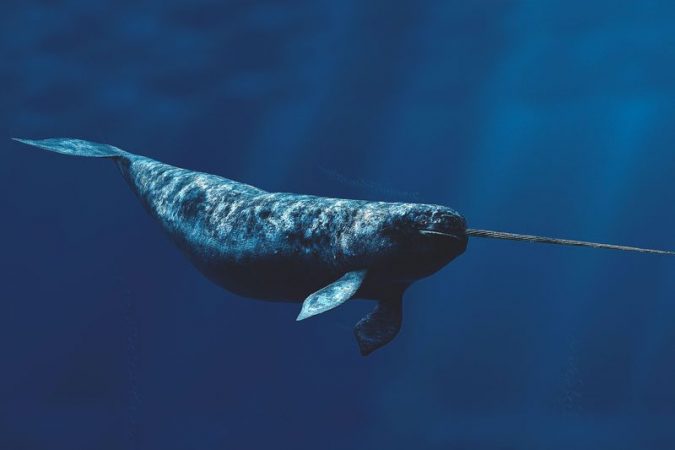 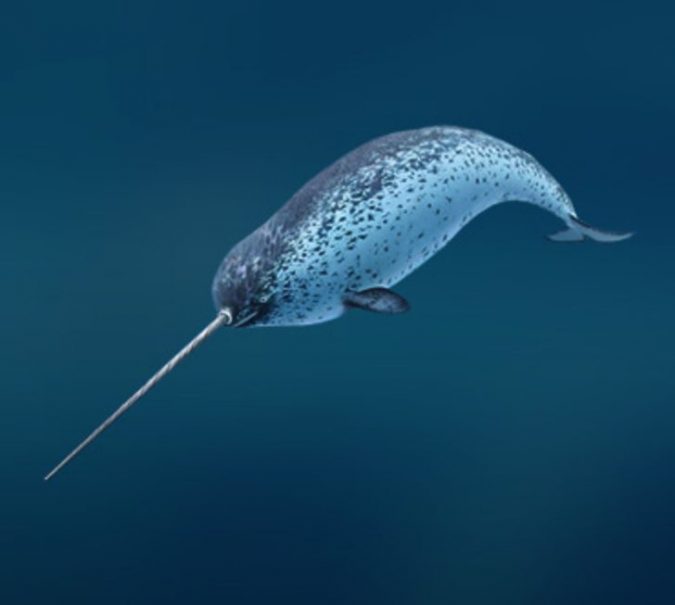 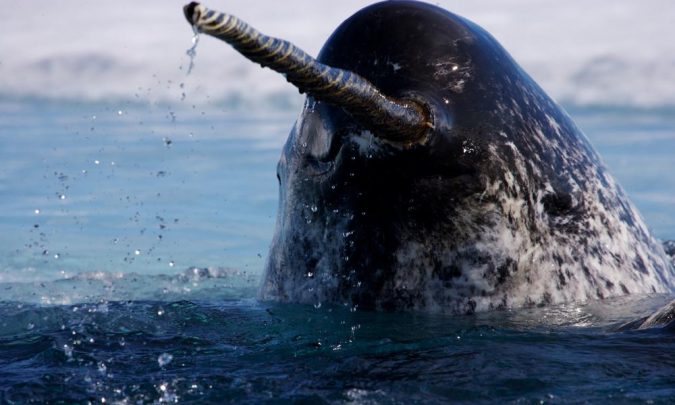 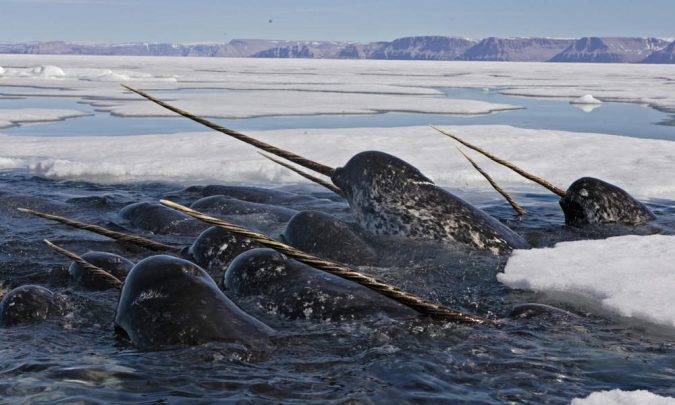