Whenever elections are around the corners, there are usually lots of predictions by experts. While some of these predictions eventually turn out to be true, others don’t. This is why people are always eager to hear from the experts during such times as they will usually give predictions based on some in-depth analysis.

The major aim of this post is to highlight ten of the midterm election predictions of 2018. It is only natural that some of these predictions will be in your favor while the others will not. However, be aware of what the experts are saying regarding that which is to come.

1 Polling Advantage of Democrats Will Be Narrowed

The advantage held by the Democrats over the years is one that has been obvious. This is evident in the year 2017 when it was able to average about thirteen points or even more. However, the numbers seem to be fluctuating since then. It now appears to be in favor of the Republicans more than ever before. This is a trend that is expected to go on and on until the Republicans will take complete control. 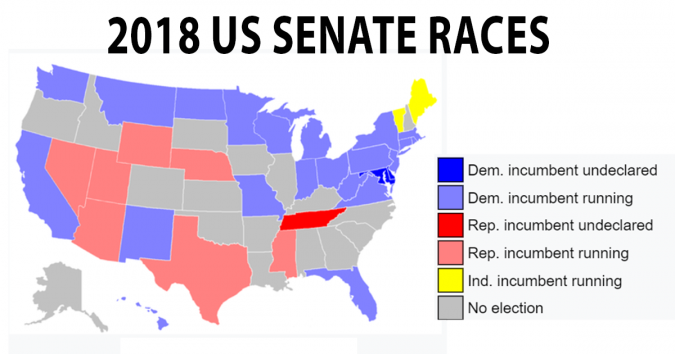 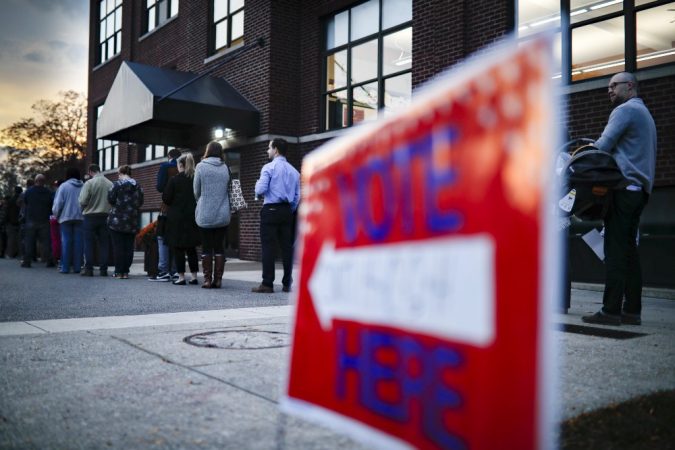 2 Things are likely to Go Wrong with Democrats

There has been a lot of pessimism beclouding the activities of Democrats in preparation for the coming midterm elections. For instance, one fear is the fact that people may just conclude that the economy is not doing bad. America is having an unpopular president in the person of Donald Trump and yet the economy seems to be waxing stronger. There is also the fear of the unknown during the course of the election. All of these fears will play a great part in threatening the stability that Democratic Party members once enjoyed. 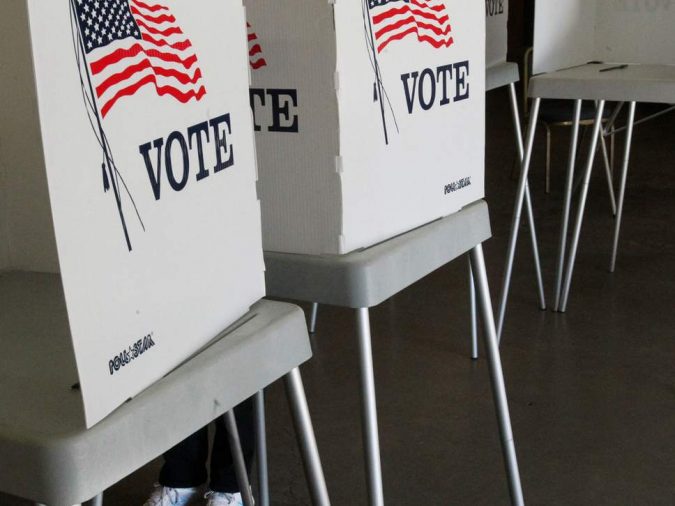 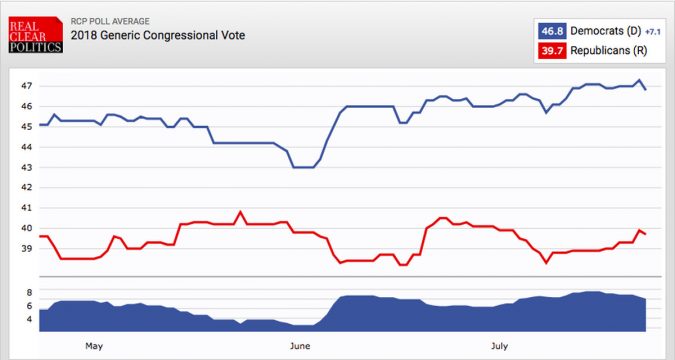 3 Democrats Have a Very High Odd of Taking the House

It has been predicted that Democrats have a better chance of winning the house. A proof of this is that the 17 house districts seem to be in the favor of Democrats. Another reason that has led to such a prediction is the fact that the generic ballot box seems to be led by Democrats at the moment which gives them a much better chance. 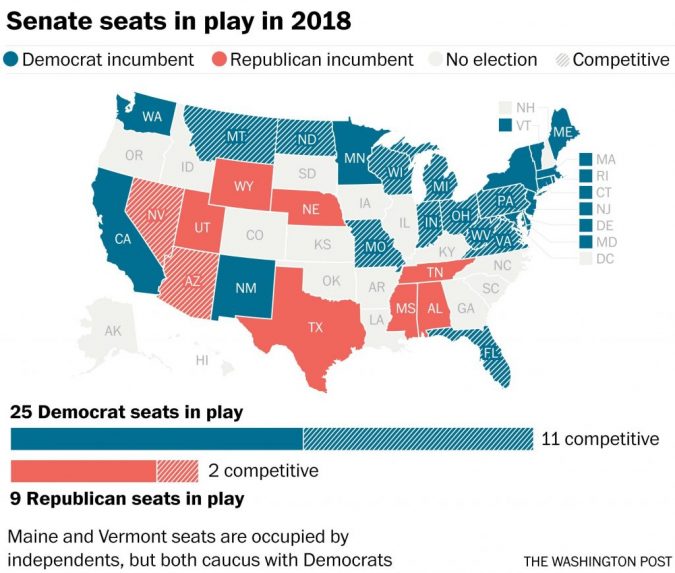 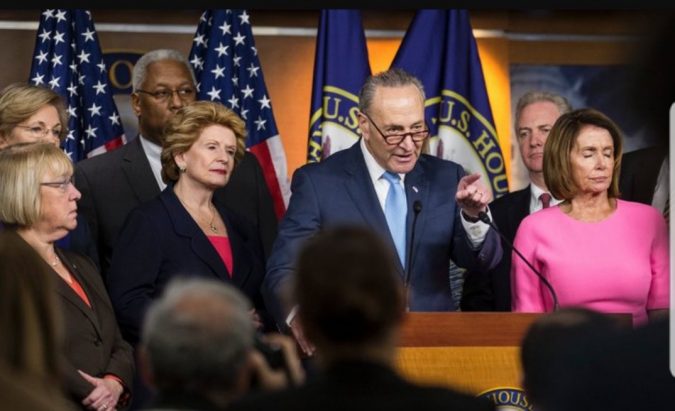 4 Republican Party Will Struggle against Democrats

While there are experts who have a contrary opinion to all of these views as stated above, the signs are there to show that Republicans may struggle to match the Democrats. For instance, the Democrats don’t only have credible challengers but also well funded. This makes them in a position that seems to be much better than 50 – 50. It increases their odds of dominating proceedings in the course of the elections which will be at the expense of the Republicans. A proof of this is that Democrat members have outraised opponents from Republican Party in various fundraising reports. 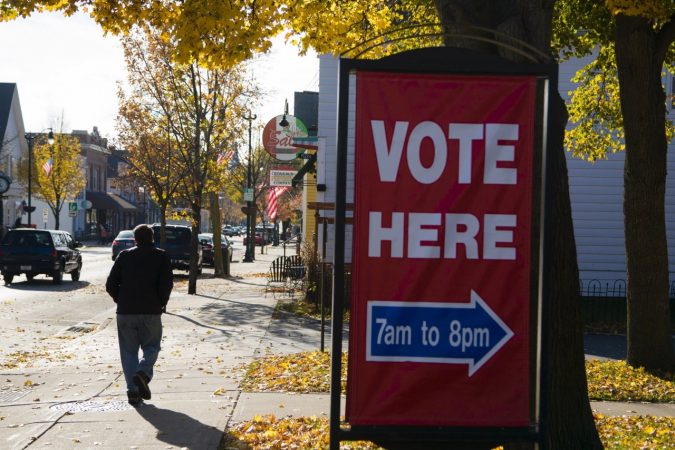 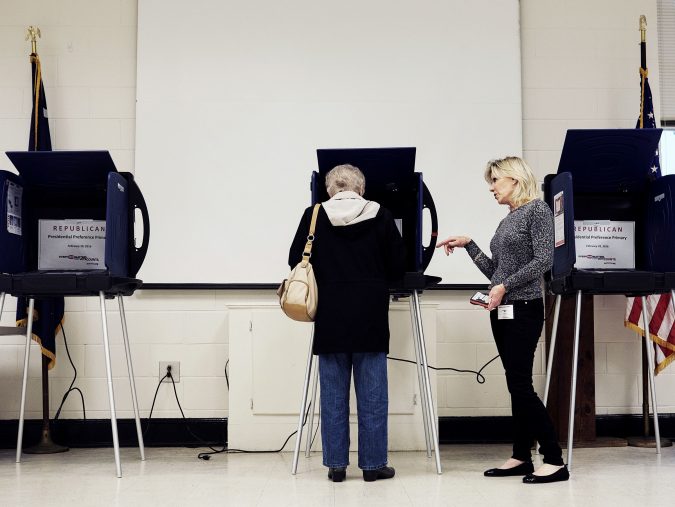 5 Sen. Bob Menendez May Lose Out

There is no doubt that Sen. Bob Menendez has been a political force in the Democratic Party over the years. However, there are question marks on his integrity given the fact that he once got tried for corrupt practices, which is likely to lower his chances of getting re-elected into office again as a senator. It is really going to be interesting to see what transpires. 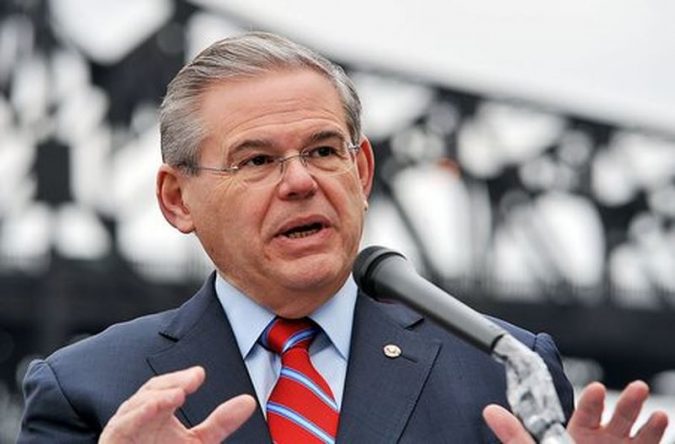 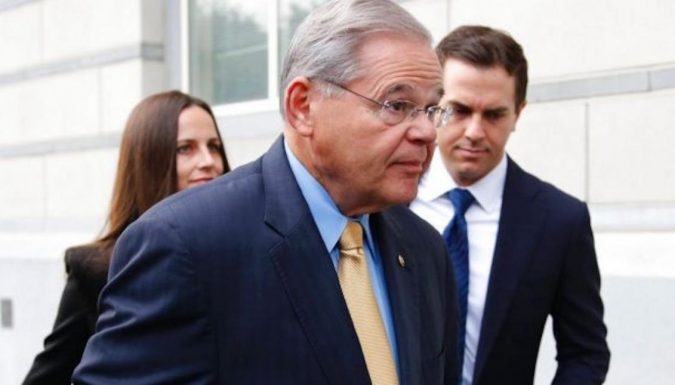 6 Change of Party in Senate

According to experts, there are ten states likely to witness a change of party in the House of Senate. These are states where the oppositions tend to be giving the present office holders a good run for their money. Some of them are Nevada, Missouri, Indiana, North Dakota, Montana, Florida, and Minnesota. The present senators of these states will need to do more to get re-elected. 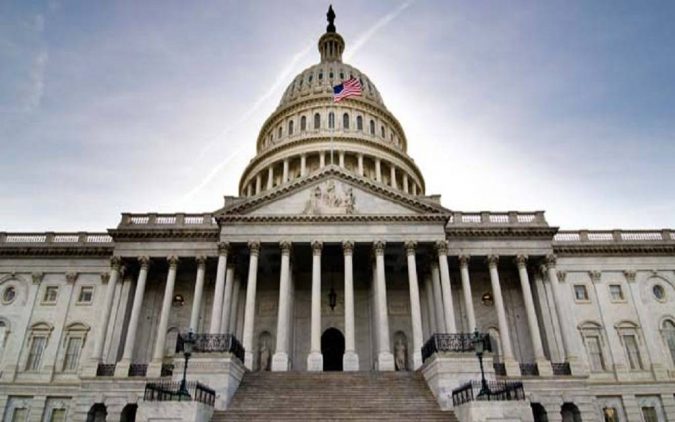 7 Lots of Election Surprises will Come from Utah

The retirement of Sen. Orrin Hatch will bring about the question of who will replace him. There are lots of viable options to explore. Mitt Romney seems to be one of the top options to win the nomination. However, it is still a state that is expected to produce lots of dramas prior to the election. Don’t forget that Mitt Romney has been playing the role of Donald Trump’s intraparty critic all this while which is why everyone is interested in knowing who will eventually represent the party.

8 Phil Bredesen May Lose Out

Again, the seat of Sen. Bob Corker is going to be open since he is retiring. Democrats believe that having succeeded in recruiting Phil Bredesen who is a former governor, they can take that seat. However, experts have a different opinion as they do believe that Phil Bredesen isn’t the force that he once was about 15 years ago. They believe that he doesn’t have what it takes to win the seat. Whatever the opinions are, it will be interesting to know who will finally get the seat. 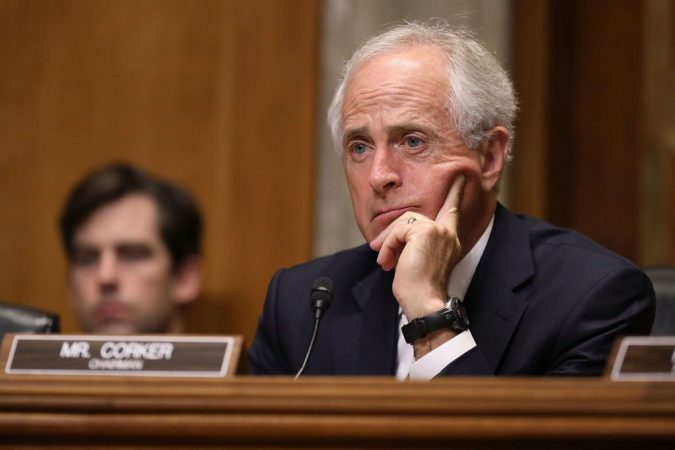 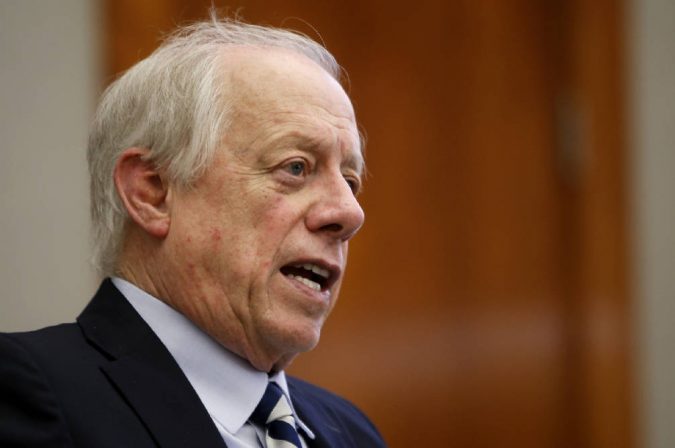 9 Democrats Will Have an Easy Run in Ohio

Despite that Trump won in this state by about nine points during the 2016 elections, it isn’t going to be that easy this time around. For instance, Josh Mandel has just retired, creating a huge vacuum which needs to be filled. From all indications, Republicans seem to be struggling in finding an ideal replacement. This makes it easy for the Democratic Party to take over in the forthcoming elections. 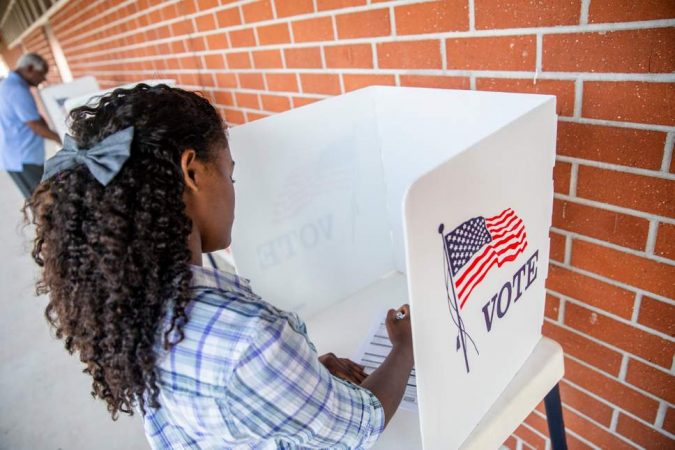 10 History May Repeat Itself

If past records are anything to go by, then the Republican Party may just be behind the Democrats in this coming election. History seems to be pointing out that the party which the president belongs to loses the midterm elections. The average number of seats usually lost by the party of the incumbent is always 33. This means the Republicans may need to do more than they are doing at the moment to change all of these negative records. This is the only way that history may not repeat itself. 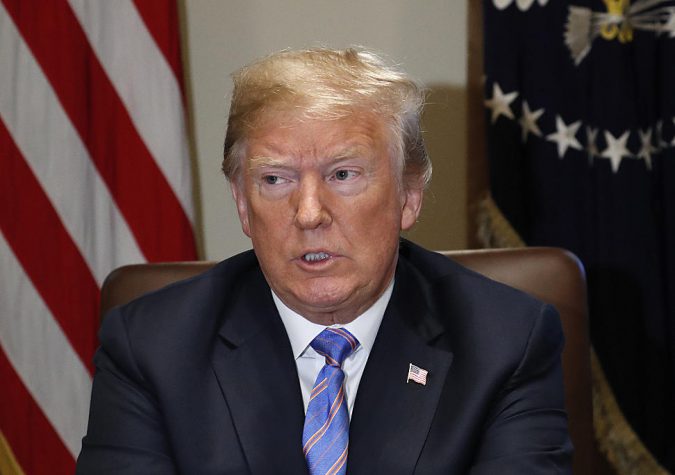 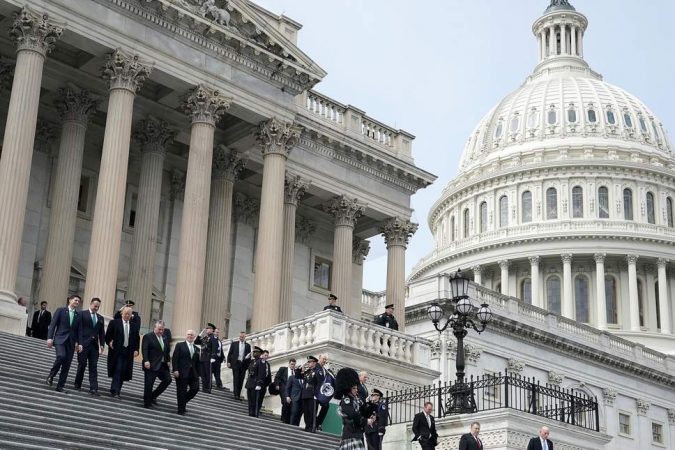