However has always been surrounded with obstacles, Journalism is deep-rooted in Middle East. Printed media was introduced there for the first time with the arrival of Napoleon Bonaparte and the French expedition to Egypt in 1798. However, the first Arabic-language journal appeared nearly three decades later; al-Waqa’i’a al-Masriya ‘Egyptian Affairs’, was born in 1828 on order of the ruler of Egypt back then, Muhammad Ali. Initially politics was a taboo that no newspaper, except for al-Waqa’i’a, could get anywhere near it. Since then the attempts to completely free the printed word from rotating in the orbits of authorities never stopped.

Today, along with the old ones, new challenges face newspapers, weather private, owned by political parties or the governments such as the economic crises in many countries of Middle East, the attempts to control the message, weather by the authorities or businessmen who own the companies that publish the newspapers, and the growing popularity of news websites and social media outlets, which demand resilient and effective strategies in order to correctly deal with it. This time we prepared you a list of 10 famous newspapers that publish in different countries of the Middle East; some of them are new and others are really vintage.

Al-Rai daily, political newspaper has been publishing in Jordan since 1971. The publisher of the paper is Jordan Press Foundation which was established by the government. It is the second paper to be published by a company owned by the government after al-Sharq al-Arabi which first issue was published in 1923. The newspaper launched a Palestinian edition in 2005, and initiated its website in 2008.  Its estimated daily circulation was 45,000 copies in 1985, and reached 90,000 in 2003, then declined to 80,000 in 2010, according to the newspaper’s officials. Al-Rai has a sister English-language daily edition, The Jordan Times. 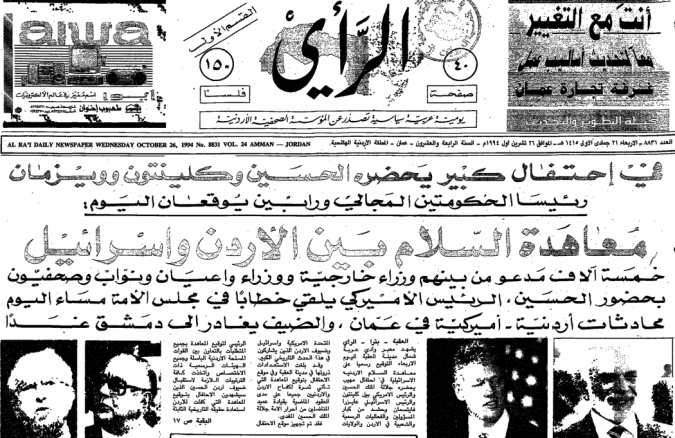 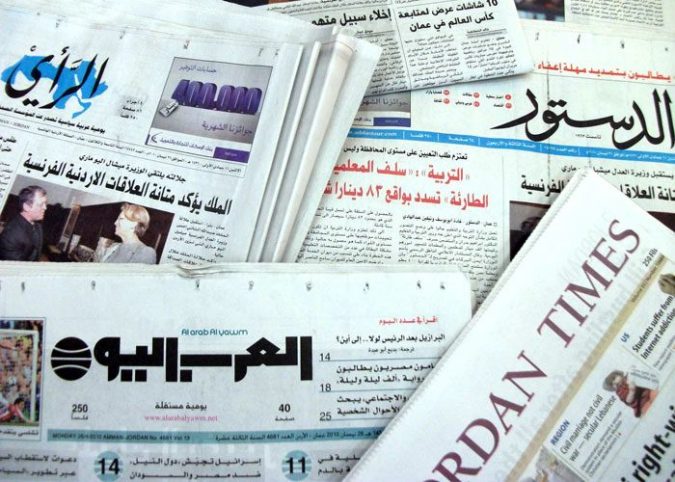 An-Nahar daily, meaning the Morning, is a leading Arabic-language newspaper in Lebanon. Launched in 1933, it is also one of the earliest journals in the country. In its beginning it was a four-page, handed-set paper. An-Nahar is a political, private newspaper that also has interest in environmental issues, regularly cover their news in a daily page for the environment. It’s circulation when started was a mare 500 copies. Mid 90s of the 20th century was its golden age when it had the highest circulation in Lebanon. Since the beginning of the 2000 it reached 45,000 copies which rated it the second after its main rival, As-Safir which was closed in the beginning of 2017 due to financial crisis they couldn’t solve. An-Nahar faced troubles too due to political reasons; it was closed for ten days on 3 May 1961, and in 2005 Syria banned its mass circulation until March 2006, leaving only its online edition. The newspaper has an English-language news website, An-Nahar English. 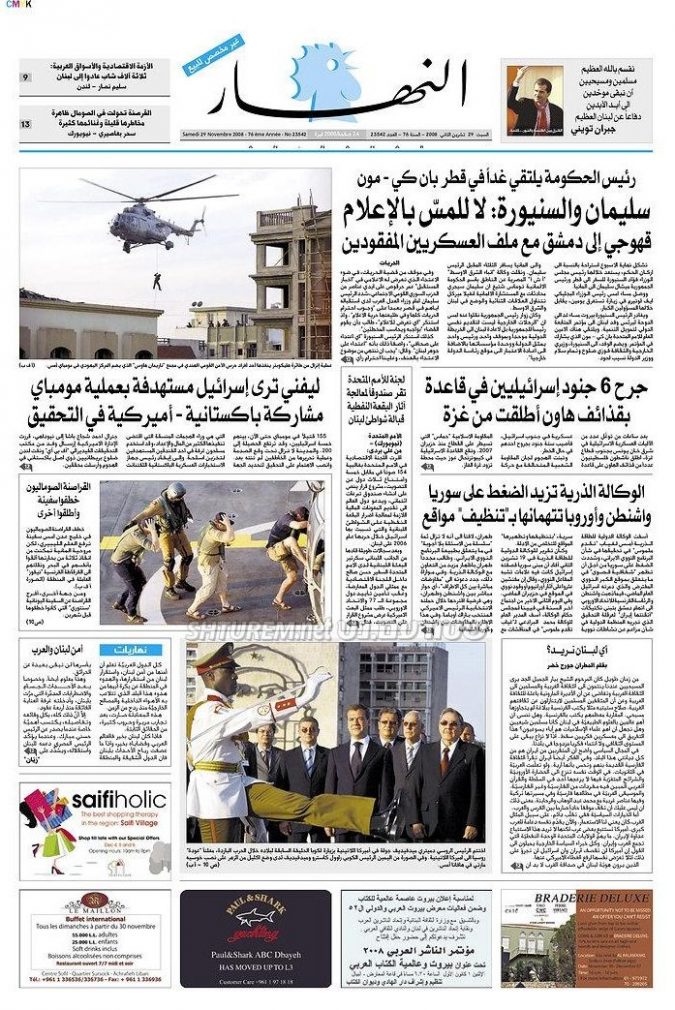 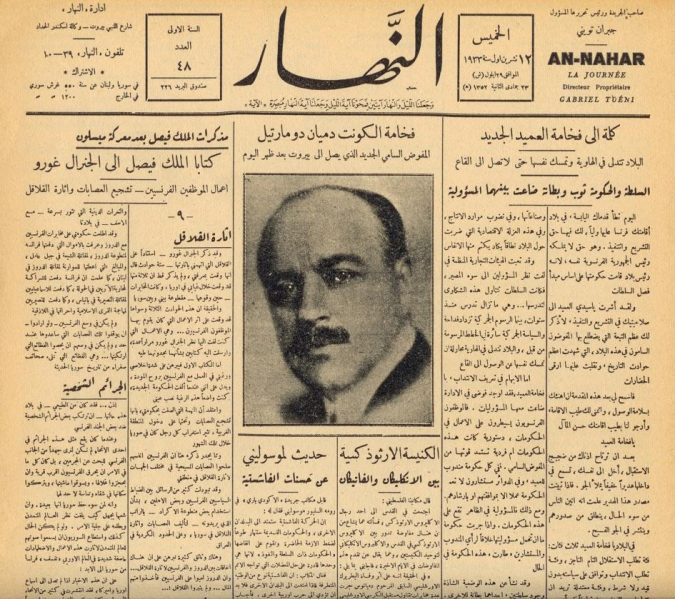 Jerusalem Post is a daily broadsheet newspaper that publishes English and French editions from Sunday to Friday. Its the most read English-language newspaper in Israel. Founded in 1932, it was firstly named The Palestine Post, then changed in 1950 to Jerusalem Post two years after the declaration of the State of Israel. In 1948 an explosion occurred in front of the building contained the paper’s office and other newspaper offices and led to the death of three people and injury of dozens.  The newspaper and its news website offer continual, in-depth reporting from Israel and the Middle East. In the late 1980s, the Jerusalem Post noticeably shifted from to the left to the right. Then from 2004 the paper took a more centrist position. The paper’s daily circulation is 50,000 copies, 80,000 on the weekends and 40,000 internationally. 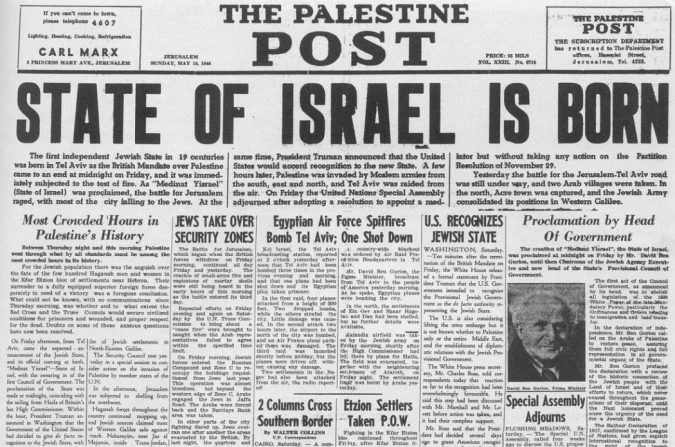 Initiated in 1960, Okaz is a Saudi Arabian newspaper that was originally weekly cultural paper, then has transformed to daily publishing since 1964. The story of the name is a historic one that suits the culture beginning of the paper; Okaz was the name of the popular and largest open market during the pre-Islamic period where eminent poets of that time came together to congregate poems. Okaz has treated distinct topics, critically covered social issues such as the harsh treatment of women by religious police which is almost a taboo subject. Recently it was aggressive in its published material about Yemen. By the beginning of the 1990s, the newspaper has been the most popular in Hijaz, a western region in Saudi Arabia, and was rated the third most popular in Riyadh. In 2012 Okaz website was ranked sixth most effective in the Middle East and North Africa, MENA, region. The paper has an English-language publication, Saudi Gazette, which started in 1978. 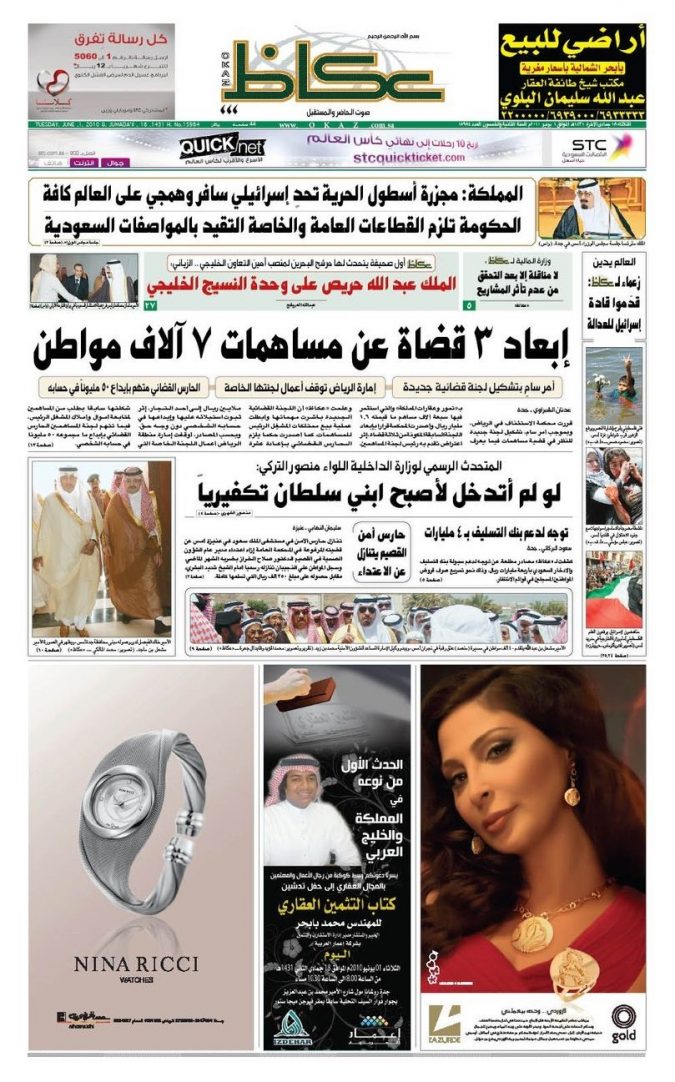 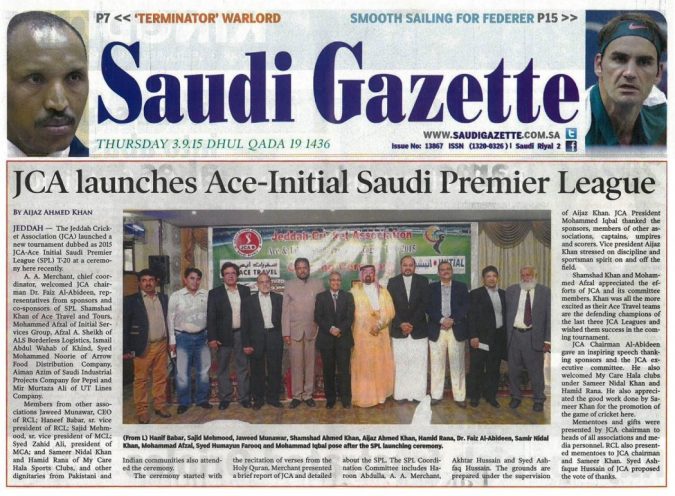 Al-Quds, meaning Jerusalem, is the oldest daily newspaper in Palestine. It was founded in 1951 in Jerusalem. The paper was closed after the war of June 1967 by the Israeli authorities until November 1968 when it resumed publication. Their target is to provide first hand news coverage, in-depth investigative reporting and expert analysis. Al-Quds daily is the largest circulating Palestinian newspaper that distributes throughout Palestine and the Middle east. Its daily circulation exceeds 80,000 copies, and its Facebook page has more than 8 million likes so far. Its website is rated number 41 worldwide, and according to Forbs Middle East it was ranked number 6 on the list of the most visited Arabian news websites in 2012. 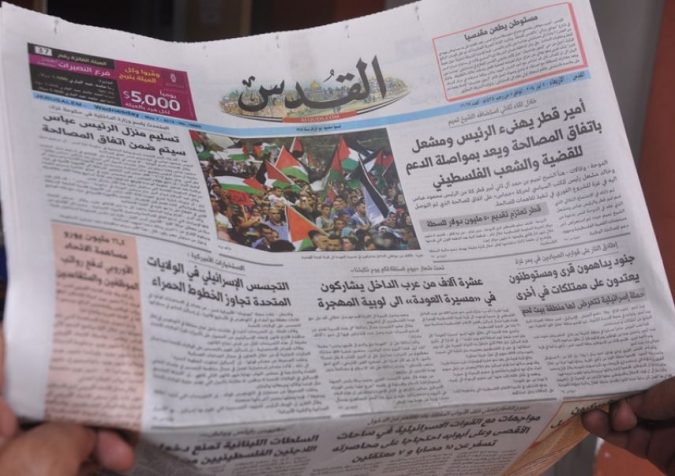 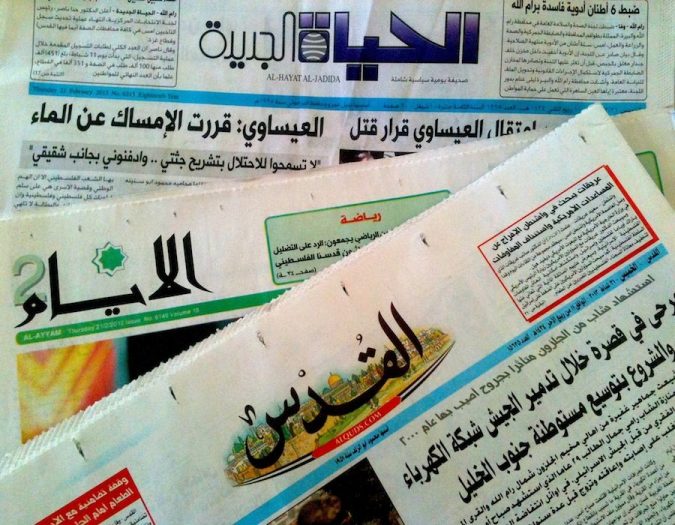 Echorouk is an Algerian daily tabloid newspaper published from Saturday to Thursday. Its first release was in 1990 as a private paper under the name of Echorouk al-Arabi meaning ‘the Arabian Dawn’. The newspaper has often been critical of the government and other authoritative Arab leaders which got them into troubles. In 2006 the Libyan past president, Muammar Gaddafi, sued them in an Algerian court for defamation which resulted in suspending the paper for two months, and sentencing the editor and responsible reporter to jail for six months. They also have been critical to the Islamic rebel movements which have been active since the Algerian Civil War. The paper’s online version, which has developed till become a news portal, is the most popular news website in Algeria and the Maghreb area. It also occupied the third place among the most visited websites in Middle East and North Africa region, MENA, in 2010. The news website publishes in three languages; Arabic, English and French. 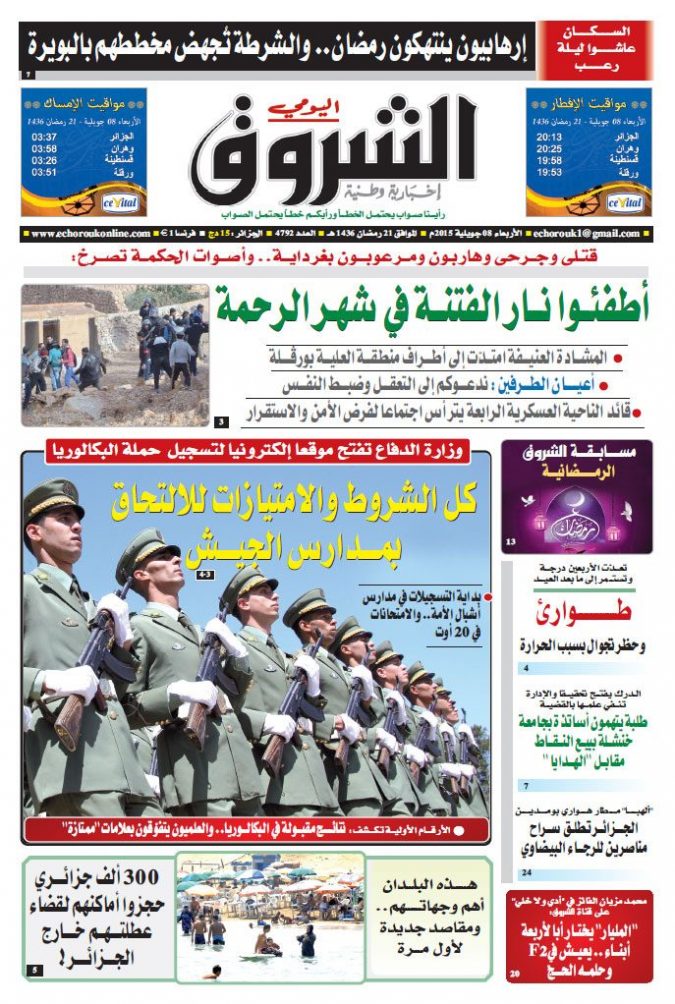 Launched in 1978, the Gulf News is the leading English-language daily newspaper in the United Arab Emirates. It was founded by the UAE businessman Abdul Wahab Galadari in Dubai. In 1984 three leading UAE businessmen purchased the company and formed al-Nisr Publishing. In 1986 the paper began to expand its circulation area to include other GCC countries: Bahrain from 1987; Oman, Saudi Arabia and Qatar from 1989. The online edition of Gulf News was initiated in 1996; being among the first in the region, the paper launched video news in its online edition in the second half of the 2000s. The online edition was rated as number one among the English-language online newspapers in the Middle East by Forbes Middle East in 2010. In 2012 the journal achieved another first by changing its format to berliner or midi. 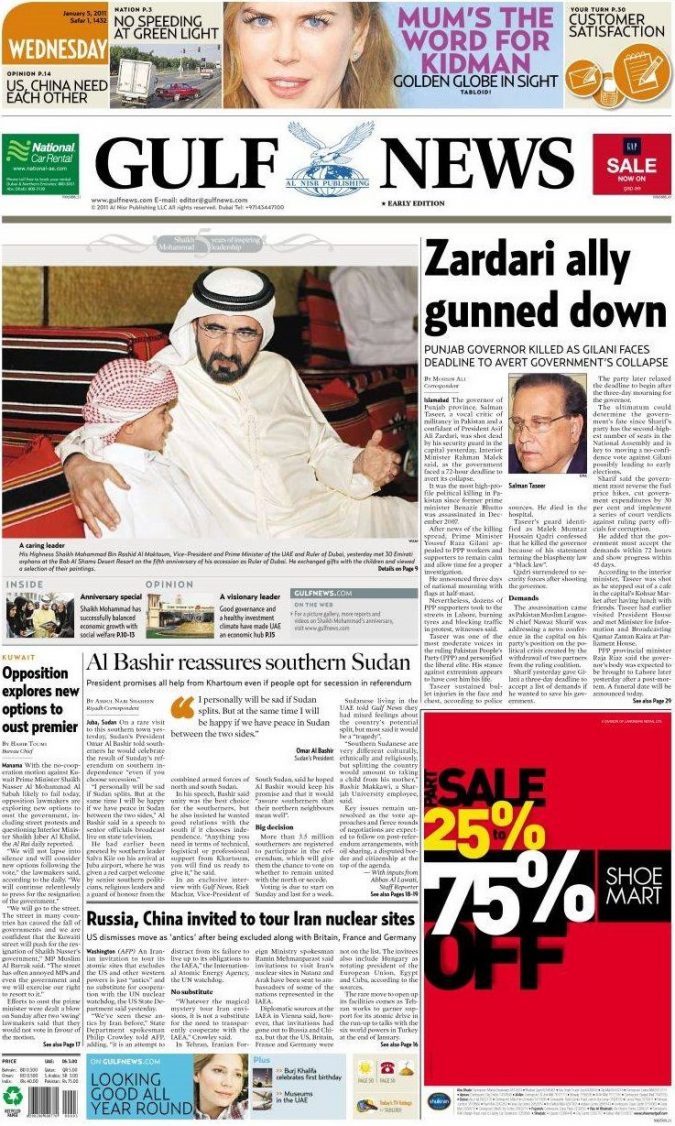 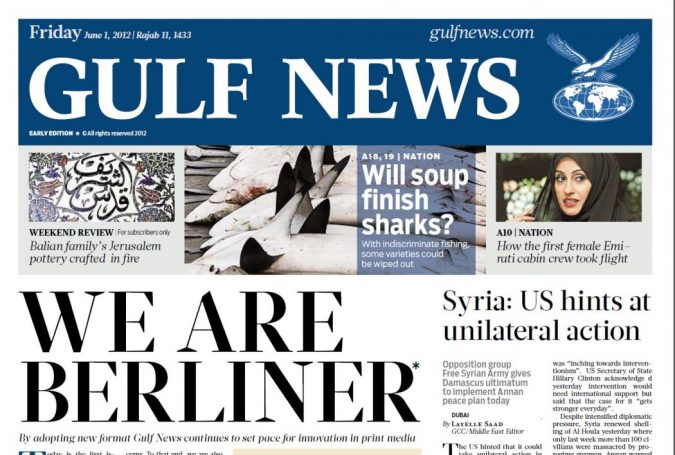 However relatively a new player, Youm7 private newspaper achieved great deal of popularity in Egypt specifically, and the Middle East generally. Meaning ‘The Seventh Day’, It was lunched in 2008 as a weekly newspaper and turned to daily publishing in 2011. The paper initiated an English-language website, The Cairo Post, and its latest achievements was the launch of Photo7 website, a portal for pictures in Egypt and Arab world. According to Alexa Internet, provider of commercial web traffic data, the paper’s website was the sixth most visited one in Egypt in 2012. The website was also selected by Forbes Middle East as the most effective news website in the Middle East in 2011. In 2012, Al-Ahram website occupied number one on the list, moving it to be the second. Nevertheless, the newspaper was accused more than once with publishing inaccurate information. 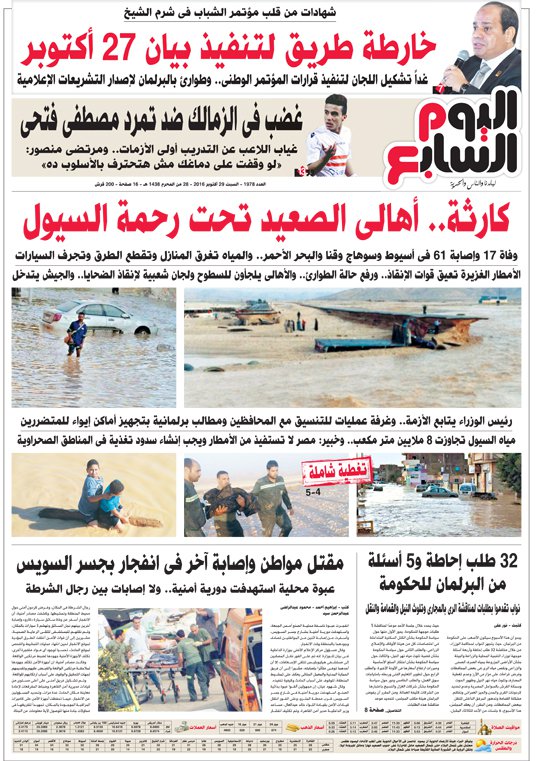 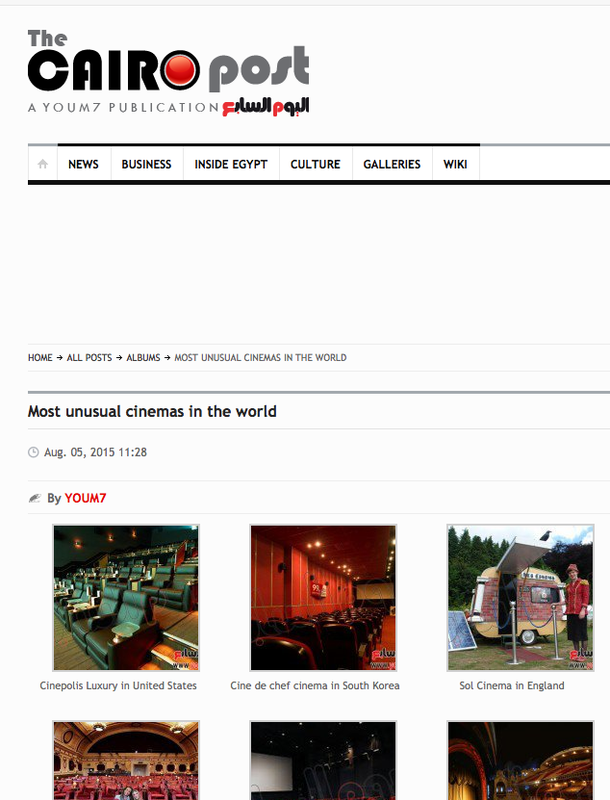 Starting from late 90s of the past century, Egypt witnessed the emergence of private newspapers which are owned by Egyptian businessmen. They are called by many ‘the independent newspapers’, referring to their independence from the governmental news outlets. Al-Masry al-Youm or ‘The Egyptian Today’, was the first daily private journal. It’s first issue was published in 2004. Al-Masry al-Youm was founded by Salah Diab, an Egyptian businessman whose grandfather, Tawfik Diab, was one of Egypt’s well-known publishers during the first half of the 20th century, specifically in the 30s and 40s. Since its first day, al-Masry al-Youm has been a strong rival to other journals, weather owned by the government, political parties or privately by other businessmen; and in few years it challenged al-Ahram itself, which used to be the number one national paper of record for long time. It’s circulation reached 250,000 copies in 2012. Lately, the journal, with the liberal lean, has been facing financial crisis along with other private journals due to the shortage of ads and a general decline in the circulation rates because of the preference of news websites and social media outlets. Starting from 2009, al-Masry al-Youm launched Egypt Independent; its English-language news website. 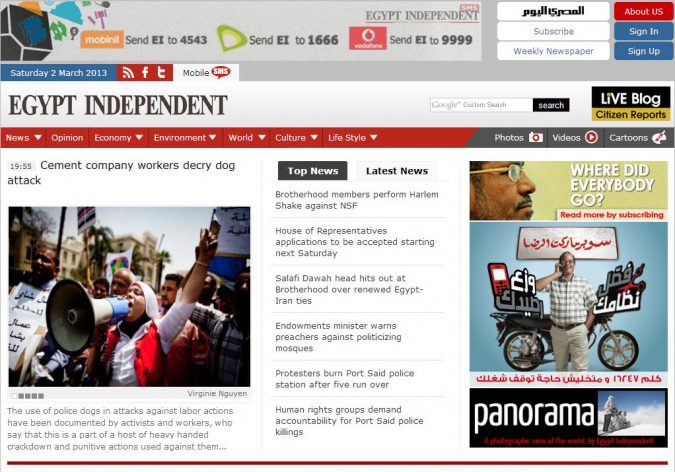 Starting as Levantine newspaper and ending up as a genuine Egyptian one, al-Ahram, meaning ‘the Pyramids’, is the oldest journal in the Middle East that is still being published till today. In 1950 the Middle East Institute resembled what al-Ahram is to the Arabic-reading public to “What The Times is to Englishmen and the New York Times to Americans”. The vintage newspaper was founded by the Lebanese brothers Beshara and Saleem Takla in 1875, launched its first issue in 5 August 1876, and became a daily newspaper in January 1881. It was distributed in Egypt and Levant. Throughout its extended life the paper has witnessed other transformations; moving its headquarter from Alexandria where it was born to Cairo in 1899. Also after its initiation as a private journal, it was nationalized in 1960 when a low was passed eliminating the ownership of private newspapers. However the circumstances has changed and private papers have been showing up since the end of 1990s, al-Ahram still mostly owned by the Egyptian government. The circulation of the paper reached 90,000 copies in 1947, 250,000 in 1976 and 1.2 million copies in 2000. Since the beginning of the 21st century, it has been witnessing strong challenge with the reappearance of private newspapers and the growing interest in the news websites and social media outlets. Nevertheless, it was rated number one on Forbes Middle East’s list of the 10 most effective newspapers’ websites on the Internet in 2012. Al-Ahram has three weekly versions; in Arabic, English ‘al-Ahram Weekly‘, and French ‘al-Ahram Hebdo‘. 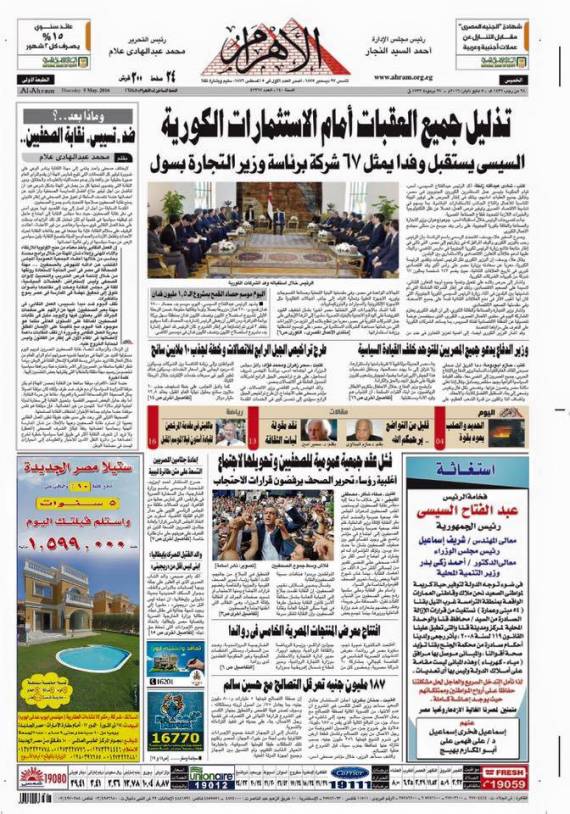 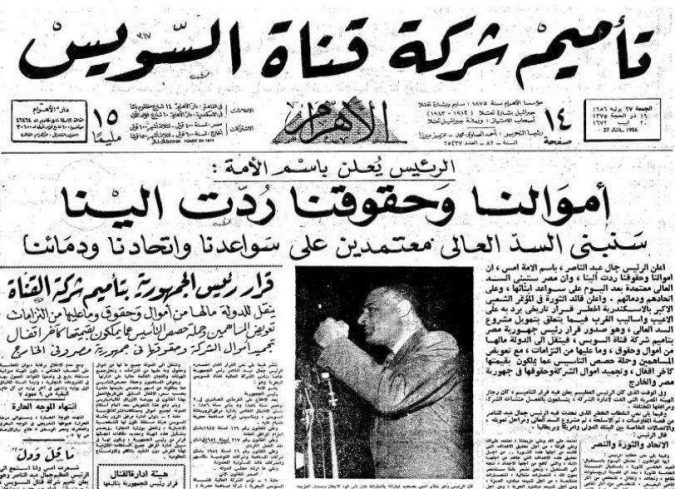 Since the arrival of printing to the Middle East till today, a lot has happened. Newspapers, as an early product of it, has witnessed rises and falls. We can easily notice the dramatically rise in the importance of the online press in the last few years. Many challenges newspapers in the Middle East has been striving to adapt to in order to survive today, and hoping to reflourish in the future.