Swimming pools are man-made simulations of the mother sea. Still, architecture and art collaborated to come up with a more creative idea, which is infinity pools. The infinity pool in most cases is built on a raised part of the ground that could be a hill or a hummock very close to an ocean, sea, or lake. One characteristic of big pools around the world is that they are of the infinity type, also called infinity-edge pool. Viewers see that the seawater starts where the pool ends. The desired effect is a flood of water that is going to infinity as its name indicates. The following are the top ten biggest pools in the world, and mostly they are of the infinity edge kind.

This pool is unique in the choice of its location as it is built on the surface of the Dallas National Bank building or as it is known now, the SPG building. If you stand in the street and look up, you can see it protruding out of the building. The Joule hotel came to fame because of this one different pool. 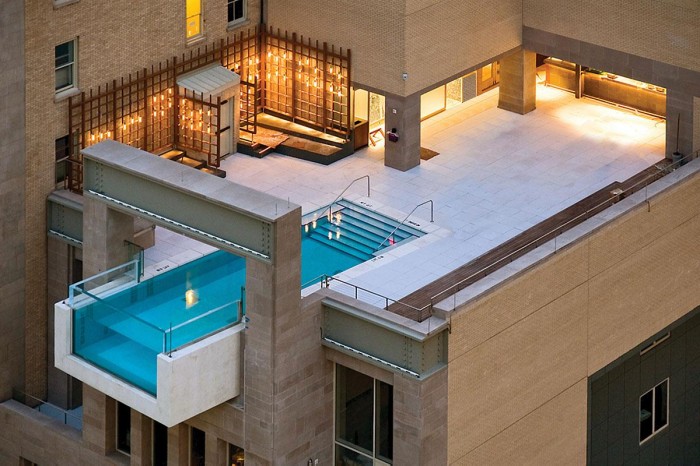 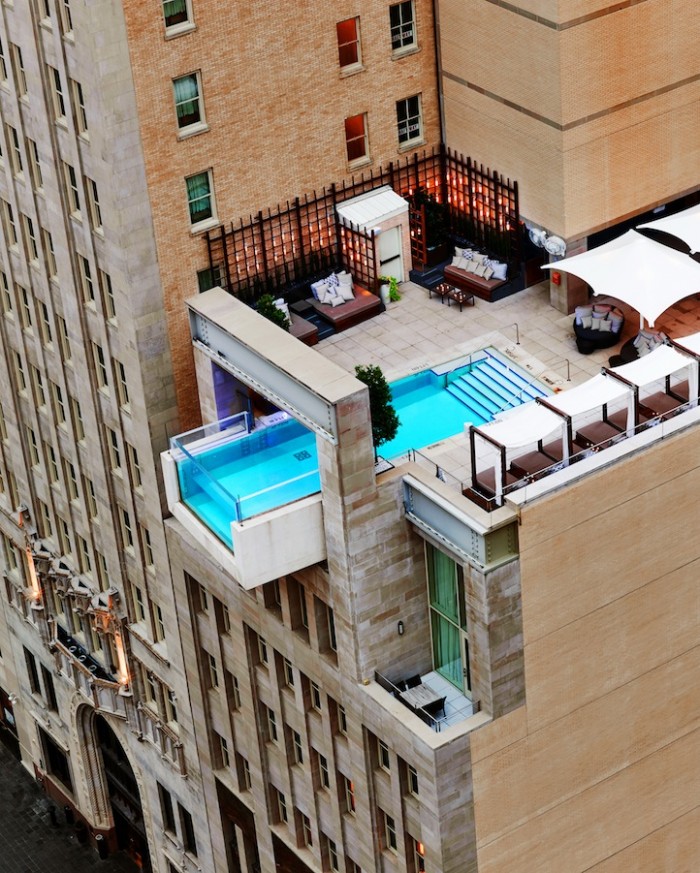 In the Greek Crete, one of the best hotels in the world encloses one of the special pools ever built. The pool overlooks the sea offering an amazing tranquil view. Many of the spa services are offered near the pool as well. 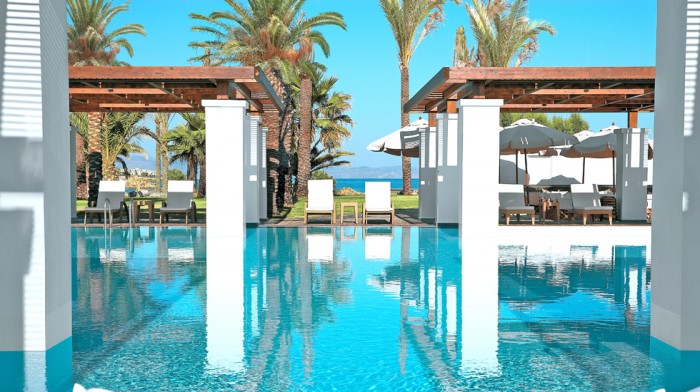 The Mexican Capella is such a unique hotel that is promoting the idea of privacy. Every wing in the hotel has its own pool and even its own beech. Customers can spend a great recreational time without having to share a beech or a pool with strangers. 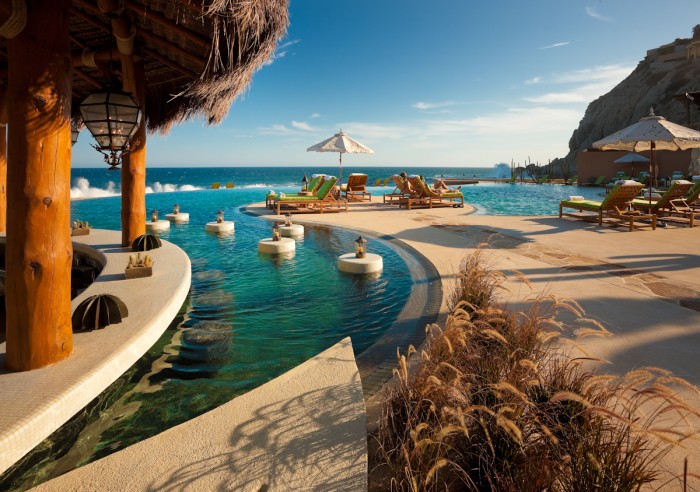 A pool inside a cave, what an amazing idea! This Greek pool is an infinity pool as it merges with the Aegean Sea above which the Katikies hotel is built. Because the pool is inside the cave, part of it is shady and the other is in the sun making the pool’s water warm and refreshing at the same time. 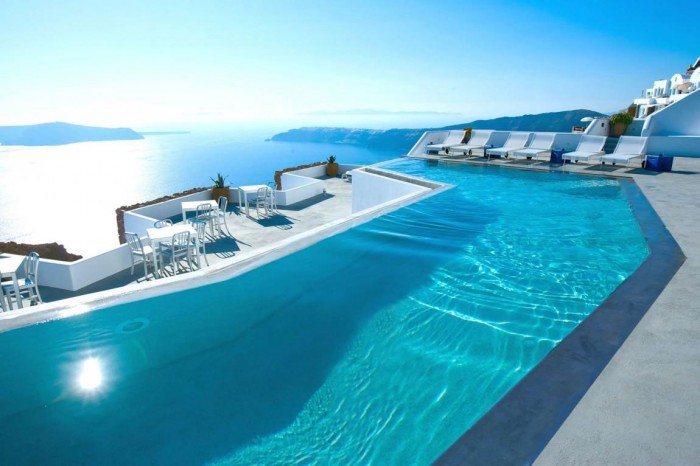 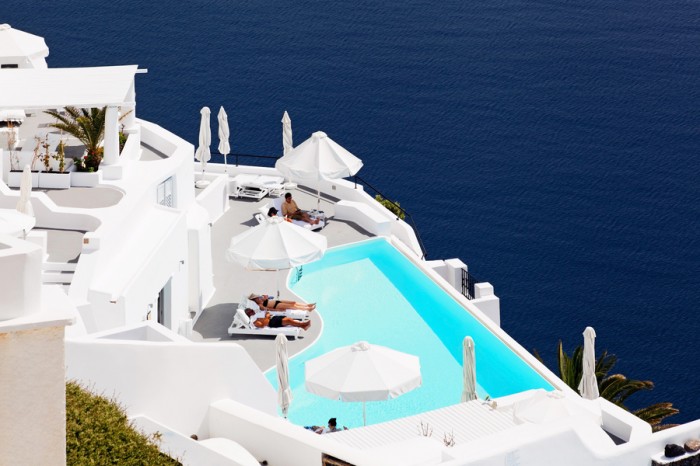 The Turkish Mardan in Antalya follows the steps of the Capella pool in allowing customers to enjoy privacy through having their own beach. The five-acre swimming pool is one of the largest pools in whole Europe. There is a restaurant under water that is surrounded by a transparent aquarium. 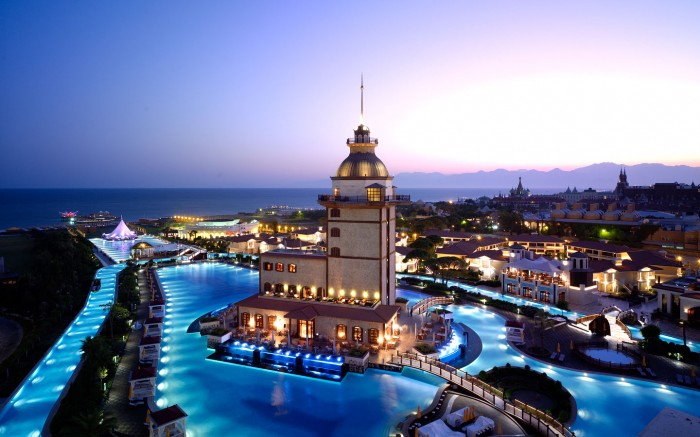 Another infinity pool is located in the Caruso hotel in the Italian Ravello. It overlooks the Amalfi Coast allowing for a majestic scene. With an open landscape and a great weather all over the year, people will enjoy the pool and the beech freely. 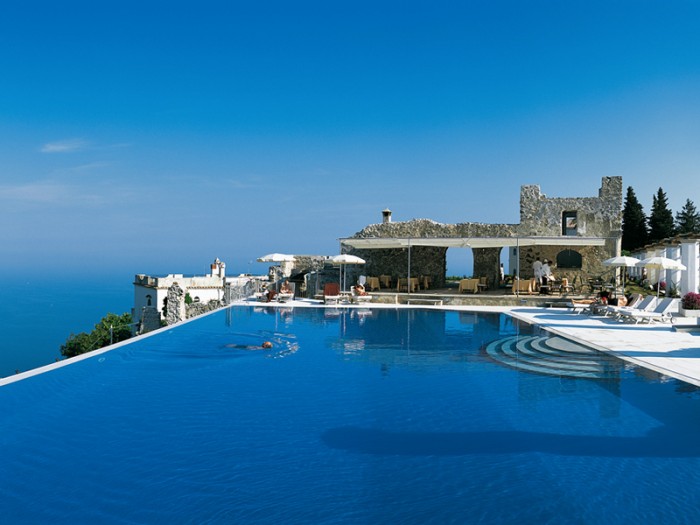 In Thailand, the Sarojin hotel is less fortunate than the previous ones. Though the hotel itself overlooks the beech, the pool does not. Yet, it is surrounded by ficus garden that adds serenity to the landscape. 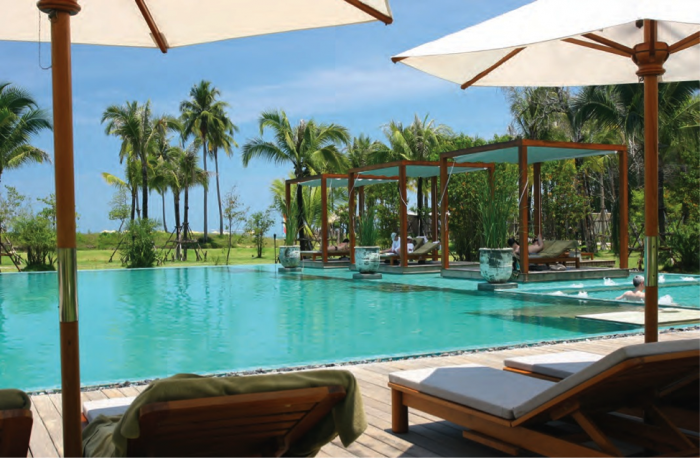 When you build a pool in an island of course it will look stunning, and this is the case in the Maldivian One&Only hotel’s pool. With two pools inside each other, they overlook the see as if they are inside the sea itself! 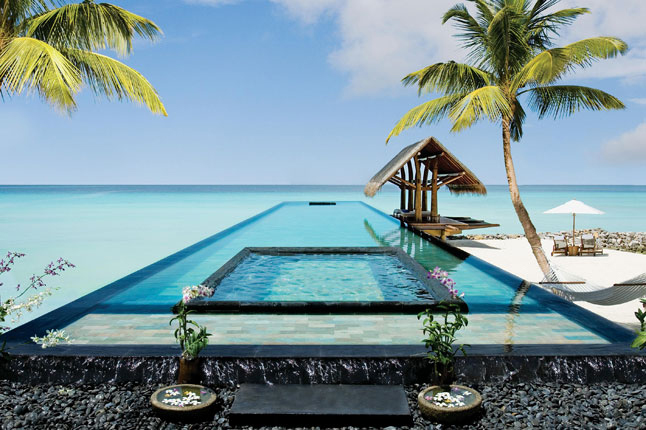 The Indian Oberoi hotel has an infinity pool that borders the Pichola Lake. In addition to the infinity pool, every room privileged with a private pool. Therefore, Guests can enjoy the open landscape as well as the warm privacy in their own suites. 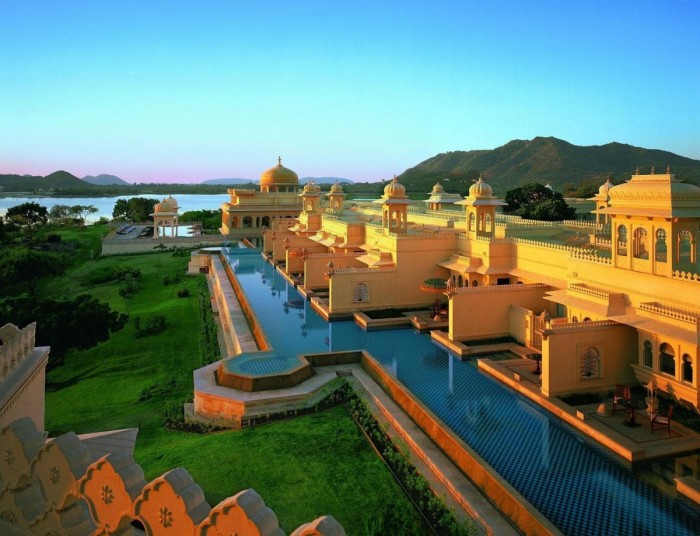 In the South American Chile lies the resort San Alfonso del Mar which encloses the largest pool in the world. Using its water from the Pacific Ocean, the pool covers 20 acres, in other words it occupies the space of nearly one castle! 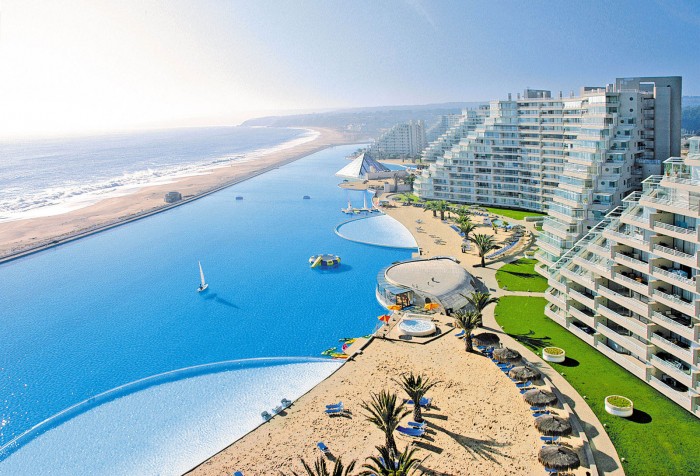 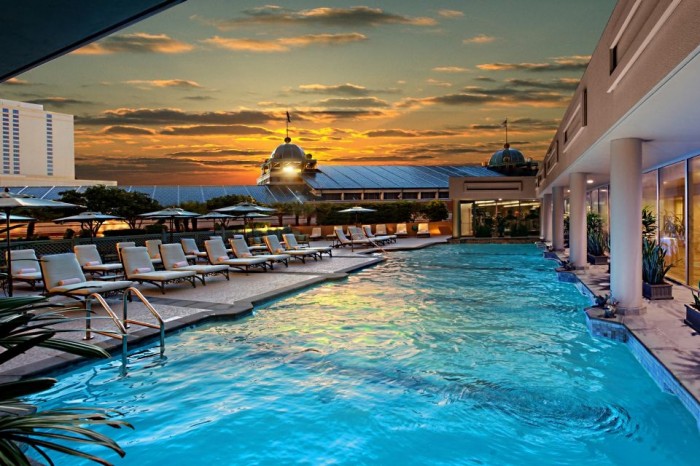 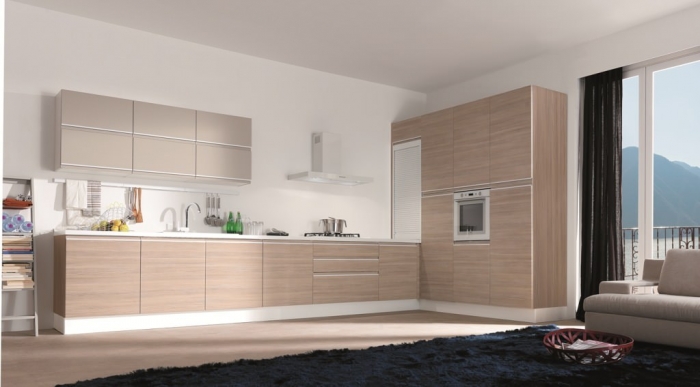 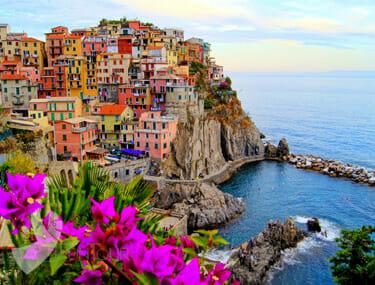 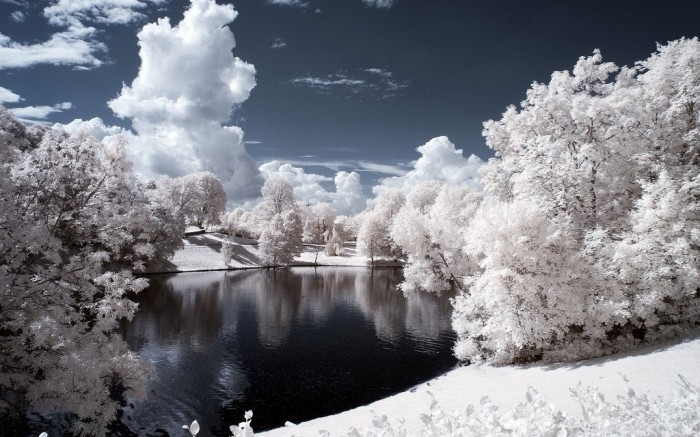 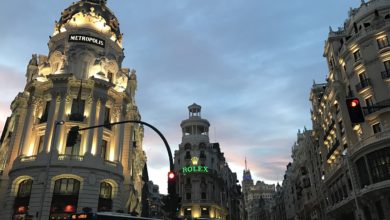