Mobility is paramount in anything that should be mobile ranging from vehicles automation, home automation and robotics. Options in choosing linear actuators include design and assembly of the required system or selecting pre-designed linear actuator systems that have been pre-assembled.The choice of your actuator depends on the amount of time, principle of operation, and size of actuator.

Linear actuators can be in the form of hydraulic and pneumatic, mechanical, electrical mechanical or direct mechanical. Electro mechanical Actuators convert circular motion of the electromotor to linear motion. To facilitate this, the actuator has gearbox and leadscrew.

The top fields linear actuators can be applied shall be discussed below:

For linear motion, 3D printers use a combination of both lead screw and timing belts.

Lead screw: Lead screw provides a mean of translating the stepper rotational motion into a linear motion. The screw has threaded rod that is rotated by a stepper motor and a mating nut which runs up and down the threaded rods.

One lead screw is at least used by every 3D printer to facilitate motion along its z-axis. Typically the screw lifts the build platform one layer at a time while in the build process. Three examples of lead screw include ordinary threaded rod, trapezoidal (ACME) lead screw and ball lead screw. Advantages of lead screw can be their capability of delivering a significant amount of force and the fact that if the power goes off the will stay where they are without moving. Their disadvantages include the need for periodic lubrication and the fact that they wear out quickly compared to other linear motion systems.

Timing Belt: The timing belt is widely used on y-axis and x-axis. 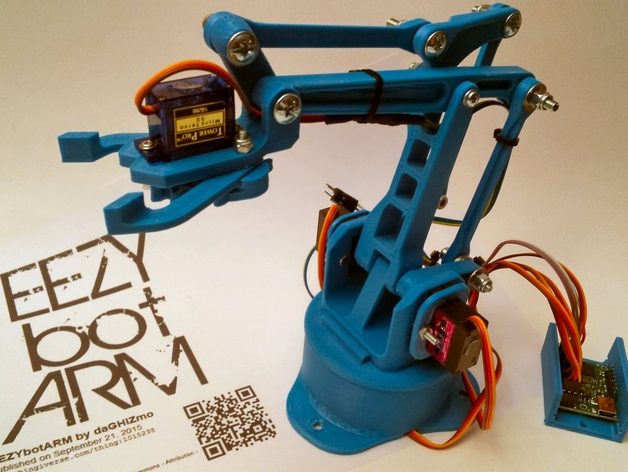 Modern day automotive industry has embraced actuator technology. The technology has aided in providing the simple motors car needed to drive their internal devices. For instance one had to push a “car window” up and down using his mechanical energy and adjusting seat legroom was only possible by sliding up and down the ratchet rail.

Any modern day car would have at least an average of 100 hydraulic, pneumatic and electric linear motor devices, with increased number of these devices the prices too increases. Some of the areas where actuators are applied in vehicles include disengaging the door, power steering and power braking, and everything that used to be on spring example fuel injection and engine.

Rollon Linear Rails and Linear actuator can be applied in:

Linear actuators have played a vital role in enhancing the ease at which nurses can provide health care services. Imagine facilities like hospital beds, healthcare beds, lifters and stretchers that were mechanical operated what a nightmare for nurses? But thanks to linear actuators that facilitate adjustment of heights and surface lying positions. Another area where electrical motion can be found in medical application arena includes motion critical life-saving control. Linear actuators provide movement in this equipment.

So far we have seen where linear actuators and motion systems are applied in industries now let us see how this seemingly modern day vital tools can be of great use to an average consumer.  First, it is important to mention that linear actuators are powered by 12 or 24v power supplies. Say you need fast operating speed or just small stroke length the linear actuators has that provision.

Linear actuators can amaze you with anything that you want to open or close at home. From kitchen, bedrooms, sitting room, windows with shutters to home entertainment actuators can be applied.  For instance, in an entertainment section, you can utilize the magic of this ubiquitous tools to have an automated recliner and TV stand.

Hydraulic linear actuators: Hydraulic linear actuators use pressurized fluid. They are designed to last for at least 100 years and are used for applications that require a lot of force, high power unit per weight, stiffness with a high dynamic response. Typical this actuators are used in precision control systems and engineering using the heavy-duty machine, marine, and aerospace.

Pneumatic linear actuators: These actuators use pressurized gas to transfer load in linear movement. They are applied in high-speed applications. Its use can be found in air compressor, pump, mining, nail guns and mail tubes.

Piezoelectric: Piezoelectric linear actuators use voltage to expand a material. Can take the extreme load and allows extreme fine positioning in a very short range of motion. Advantages include that they consume less power, little abrasion and little magnetic field generated. This type of linear motion actuator is found in the gadgets that we use daily example quartz watch to help it keep regular time, voice recognition software in our computer and microphone to turn sound energy into an electrical signal.

With motion control technology manufacturing has been dynamic. Depending on application production has been projected to rise by 50% with the motion control technology, unlike the old mechanical control. Assembly lines are the biggest beneficiaries of linear actuators. Applications include all types of processing, packaging and forming operations. Linear actuator motion can be found in conveyor belt and assembling of parts.

Robotic arm: This is a mechanical hand that has similarity with human hand in operation though operates at faster speed carrying huge amount of load. Linear actuators are found in different size of this robotic arms ranging from toys to larger robots. Linear actuators are used for lifting the arm up and down and help in opening and closing the gripper.

Installation of solar energy helps in reducing the energy consumed in a facility thus saving on the cost of energy. But a problem comes in when the solar power keeps changing position. Progressive automation can help dealing with this issue so that the panel can take full advantage of the solar energy. Using linear actuators makes this possible as it will assist in shifting the directions of the solar panel.

Rockets have an Electromechanical Actuators for Trust Vector Control (TVC) that controls the gimballed nozzles of the rocket engine commanded by launcher trajectory and attitude control system. Paired linear actuators acting on 90 degrees called Electromechanical Actuators (EMA) are used as a directional device for the launcher. The EMA is coupled to the dynamics of the launcher and the control system. The figure below is an inside of EMA.