“A healthy mind is in a healthy body”; We are all familiar with this quote. Exercising and playing sports are really encouraged by everyone. You can play sports as a way to keep in shape, a hobby, a time killer, a bread earning career or just for fun. There are many types of sports: some require physical abilities and some others require mental abilities, some are individual others are collective and the list of classifications goes long. In this article, a list of top 10 most unusual sports will be discussed.

It is known globally as oil wrestling or grease wrestling. Nowadays, it is practiced around the world but it is originally a Turkish sport. It dates back to 1357 celebrating an Ottoman victory in Kirkpinar, Edirne Turkey, and this is where the annual tournament is held until today. The wrestles cover their bodies completely with olive oil which makes it really hard for them to get a grip. A winning comes by forcing the opponent onto his back. 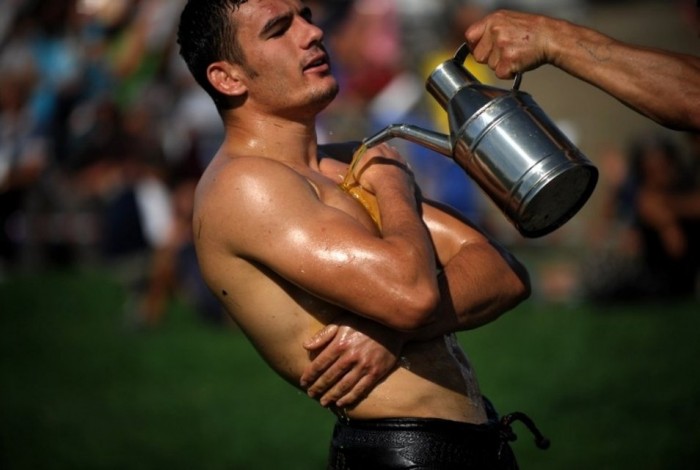 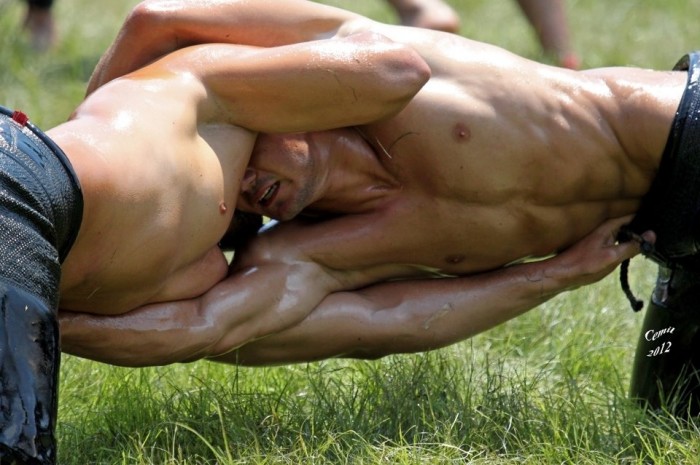 It was first mentioned in The House at Pooh Corner, a Winnie-the-Pooh book by A. A. Milne. It is a really simple sport that can be played on any bridge over running water. Each player drops a stick on the upstream side of the bridge and then the winner is the one whose stick first appears on the downstream side of the river. 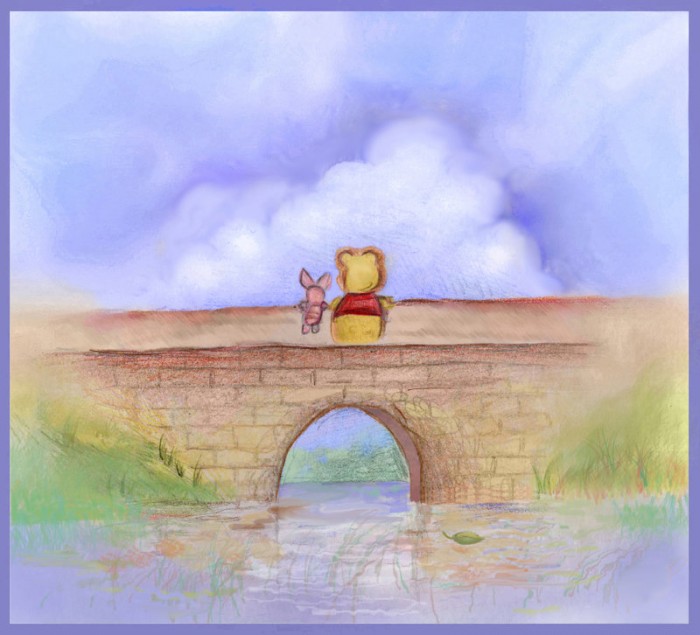 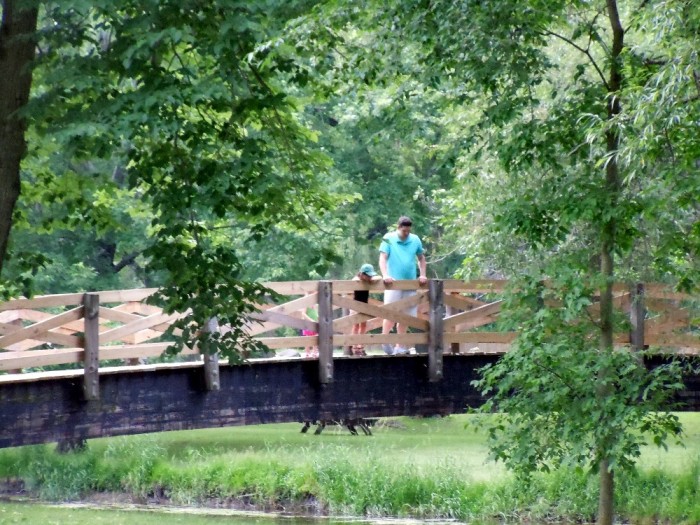 Bed racing first started in 1965, by the people of the North Yorkshire Town of Knaresborough. Each team consists of 5 players, one is the patient while the 4 others push the patient on a hospital bed around the race track. It looks easy, but its difficulty lies in overcoming the obstacles placed in the track. 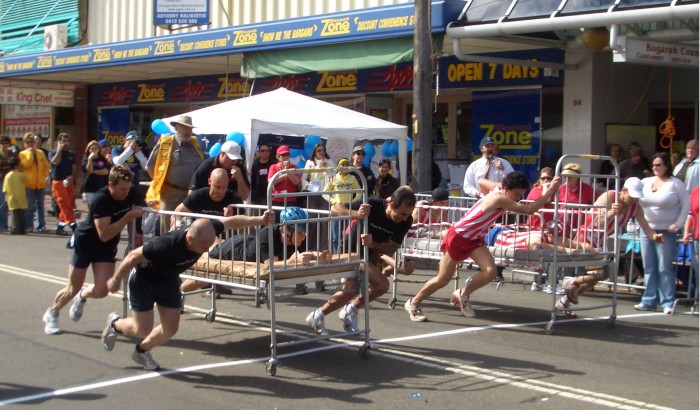 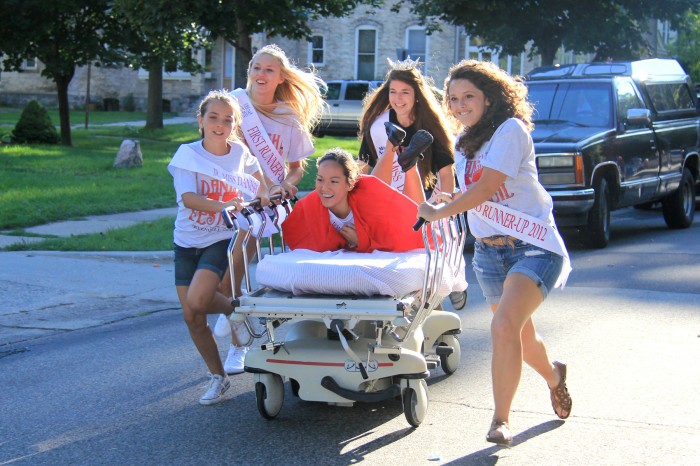 The first zorbing was constructed in Rotorua, New Zealand, by David and Andrew Akers. Zorbing is generally made of transparent plastic; it is the sport of rolling downhill in an orb. Usually, zorbing is practiced on a gentle slope, it is sometimes practiced on wooden or metal ramps in case of the slope’s absence. 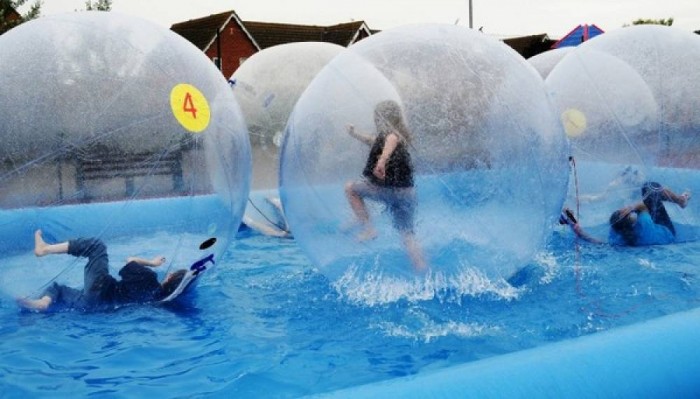 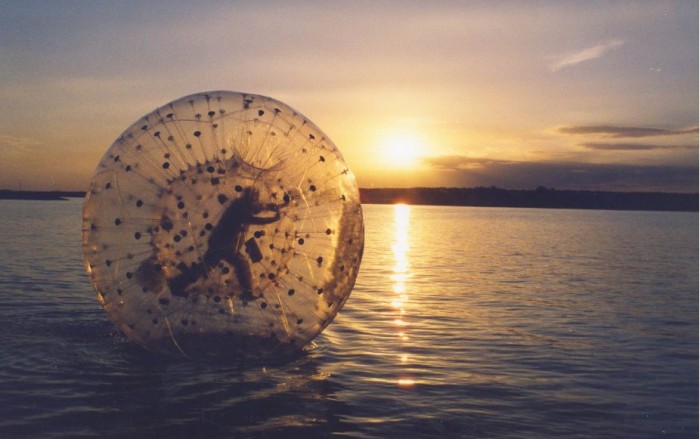 Perhaps the monotony of ironing pushed the need for extreme ironing. People take the ironing board to remote and dangerous places along with clothing items. It is taken to the limit in locations such as mountainsides, canoes, in the middle of the street, underwater and during parachuting. 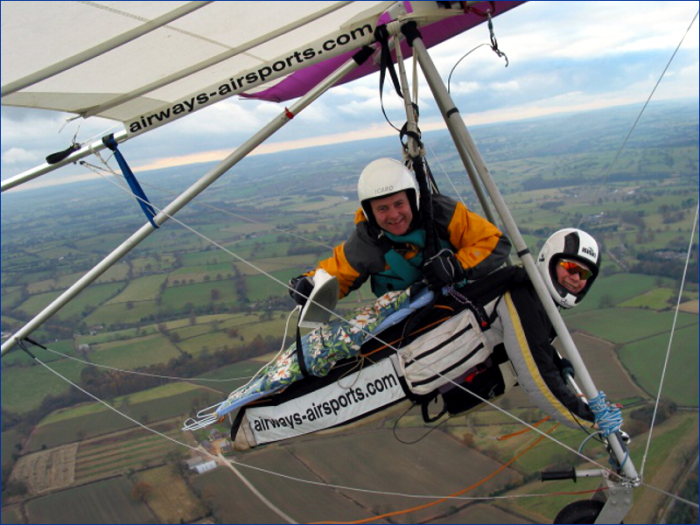 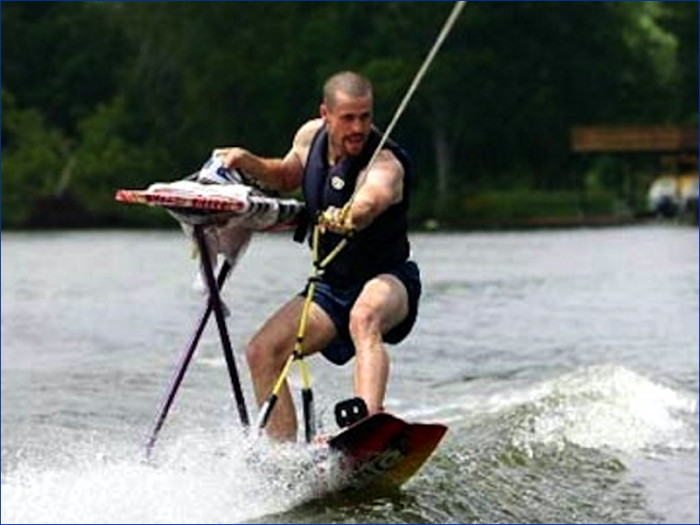 Wife Carrying Competition is held annually in Finland since 1992 in early July. In this competition a husband carries his wife in a special track recording the best time record. The prize is a mobile phone and his wife’s weight in beer. 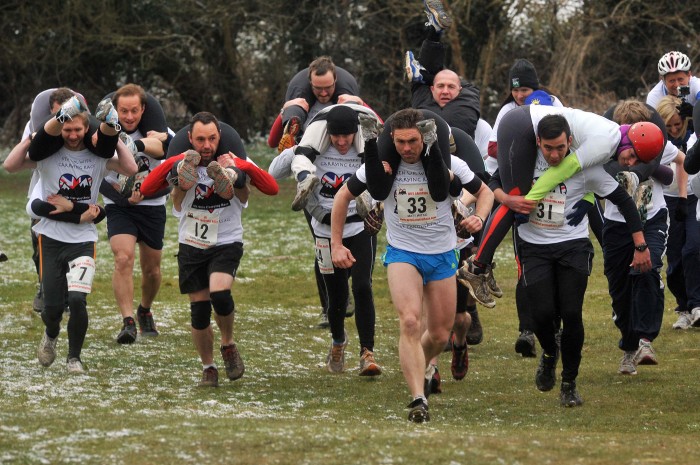 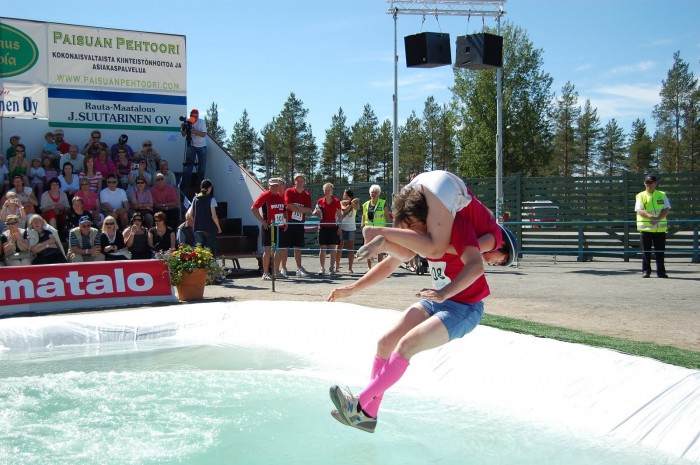 The origins of World Gurning Contest are not known. It dates back to 1267 and it is held annually at the Egremont Crab Fair in the UK. It sounds easy as it is all about who is the best at making the ugliest face, but on the other hand, one thinks it is not that great to brag about winning this title. 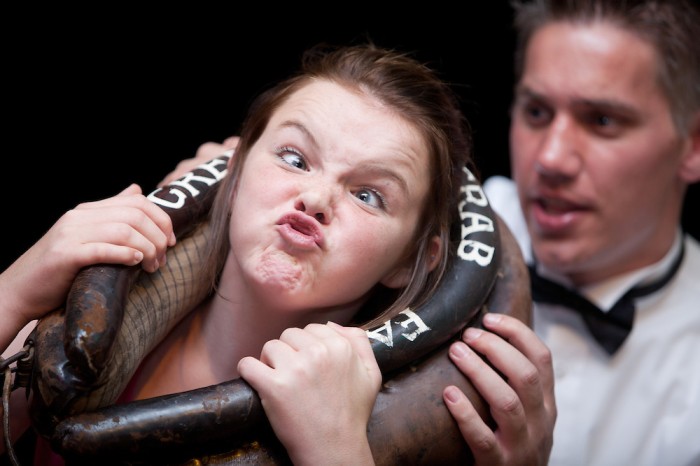 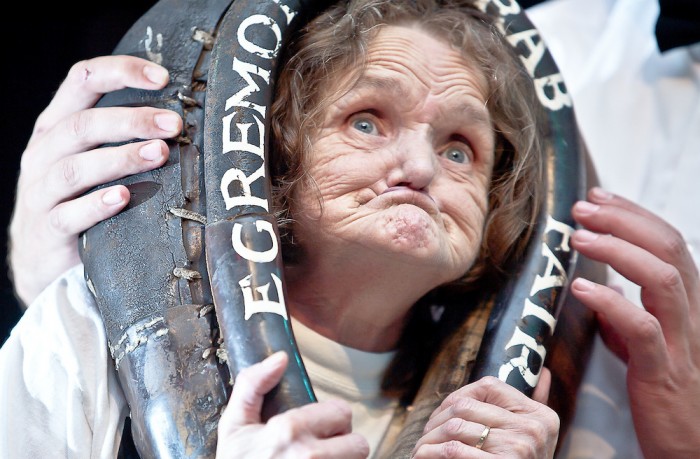 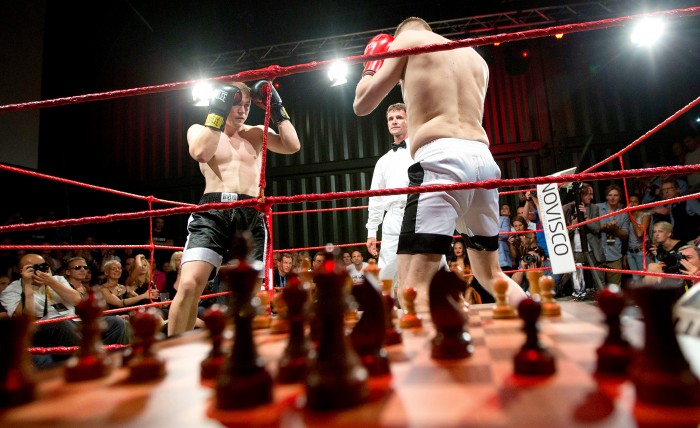 Bossaball was invented in Spain 2004 by Filip Eyckmans. It resembles volleyball, but also has components of football, gymnastics and capoeira. It is a ball game that is played between two teams each of them consists of 3 to 5 players. It is played on a specially designed inflatable court with a circular trampoline on each side of a net. 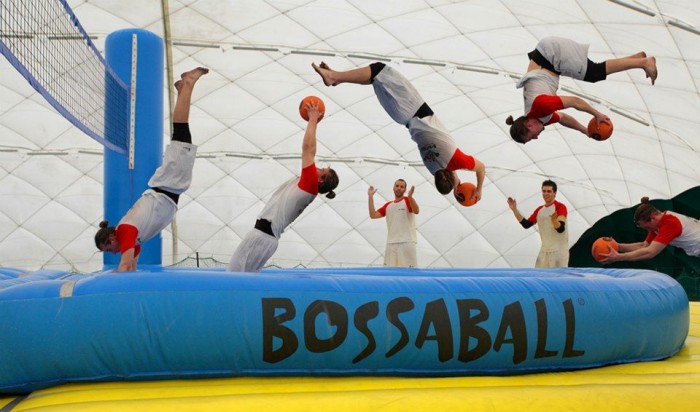 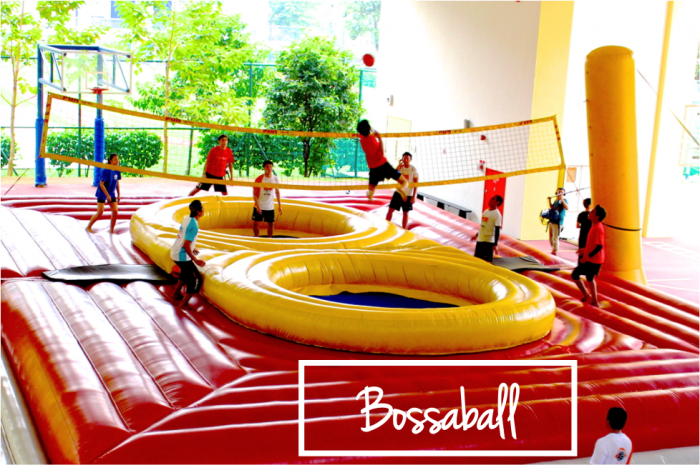 Some people believe that as God created us naked so there is no need to put on clothes. Today, there are many events adopt this idea such as World Naked Bike Ride, international Alps Adria Meeting, International Nudist Swimming Gala and International Naturist Sports Week. 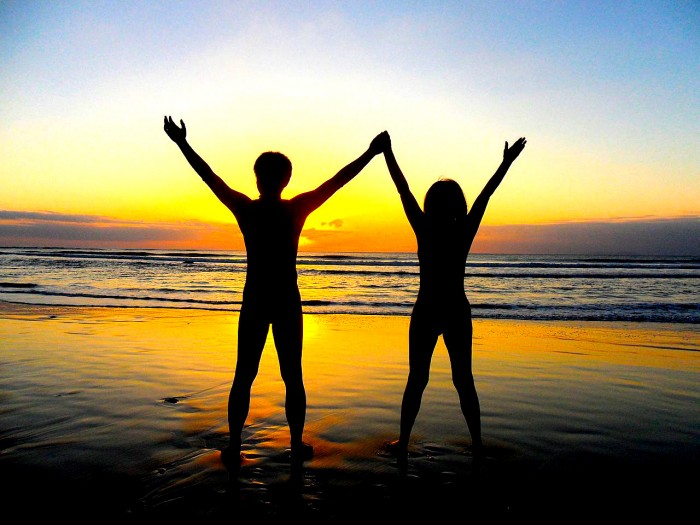 Some of these sports maybe socially unacceptable, some others maybe really hilarious but at the end of the day they are all unusual.