We are already halfway of this year, so the progress of technology is no longer surprising to each of us unless they are deciding to invent some flying cars anytime soon; that one would be astounding. However, with all the technology devices that have been brought into being, smartphones remain the most used of them all. Nowadays, people have prioritized smartphones more than ever, for they are no longer just an apparatus used when you need to call someone or receive calls from, but actually, it is more like a small device in which you can keep all your life in.

Do not take the meaning literally; it is not like smartphones are the reasons we still exist on this earth, but by life, we mean your personal photos, contacts, important documents, emails, messages, personal files, applications that you use for different purposes and more. We bet that everyone can highly relate to this fact, so it is quite anticipated that owning a smartphone became one of the top priorities for the majority.

Although these smartphones are nearly in the hands of everyone around, that still does not change the fact that most of them can cost us a lot of fat bucks; a fortune that is not actually affordable by all of us, yet everyone owns a smartphone. In the following list, you will get introduced to the 10 most expensive smartphones that are available right now.

A cell phone that costs only $3100? Well, of course, this is pretty expensive when it comes to purchasing a new device, but, in a point of fact, on this list, it may actually be the most affordable smartphone. The Mobiado Grand Touch EM Marble is just like any other expensive phone; nothing is actually impressive or exciting about it when it comes to the specifications and features, just like any other ordinary phone, but, again, the outer appearance is the real reason behind this rushing up price, so it surely has to be pretty special and, thank goodness, it definitely is. The Mobiado Grand Touch EM Marble is made out of real marble stones. Beyond doubt Such a design will place this phone at the top of a list featuring the most exceptional and extraordinary designs for smartphones ever, besides, it looks very elegant and cool because, how many times do you actually get to see a phone made up of marble stones? Exactly, not many. 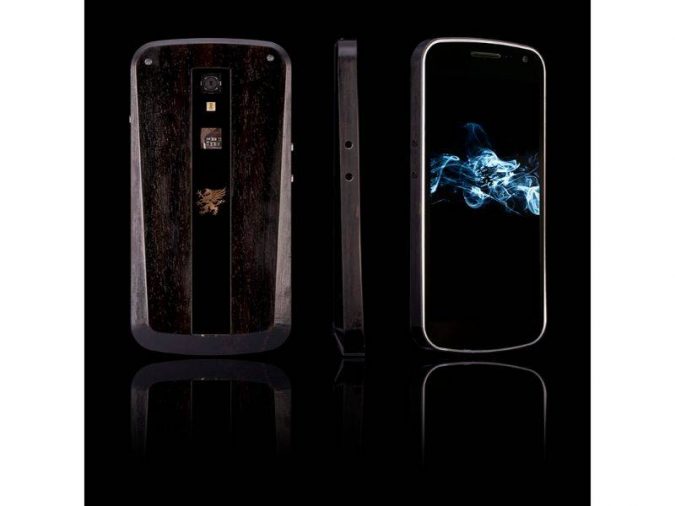 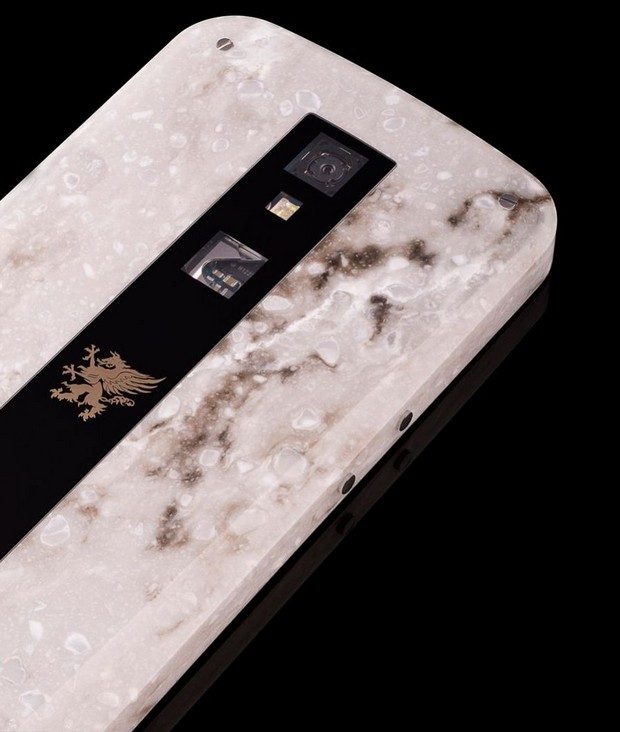 Vertu Aster Collection is a wide series of lavish products that are launched by Vertu, including a set of luxurious smartphones. The devices provided by Vertu are quite expensive, starting at $7000; it is insanely expensive, but the ugly truth is that this number, $7000, is deemed to be the least expensive of all their devices. What makes this collection such costly is the fact that they are brushed up in Titanium, besides, the devices are available in a lot of different colors as well as a variety of leathers. Some of them are also quite colorful too, consequently, their extravagant appearances made them fairly expensive; however, the version of their software is considered outdated and it is slower than the standard versions out there. 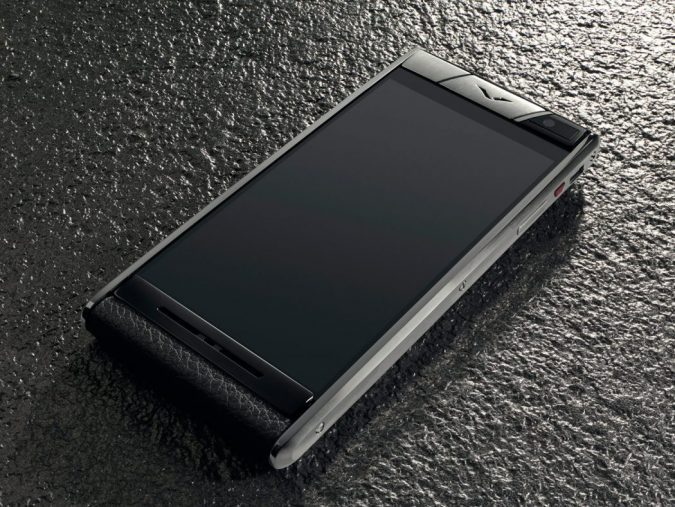 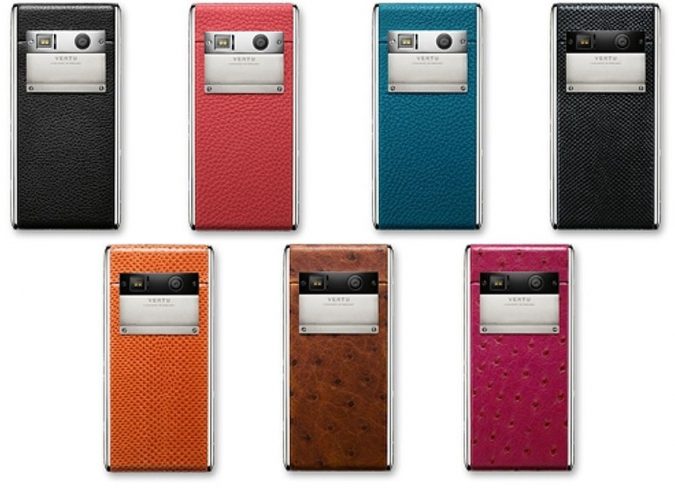 Dior Reveries Haute Couture seems to be the only expensive smartphone that has not lasted for so long. It was formerly produced in 2013 in a limited number and it was not seen ever again after the quantity was over. The Android that was installed on that phone was deemed to be archaic compared to the standards of today’s software and that is probably the reason behind its fairly short lifetime; it was available at the price of $102,000, because the device was covered in real diamonds and pearls, making the device look exceptionally elegant. 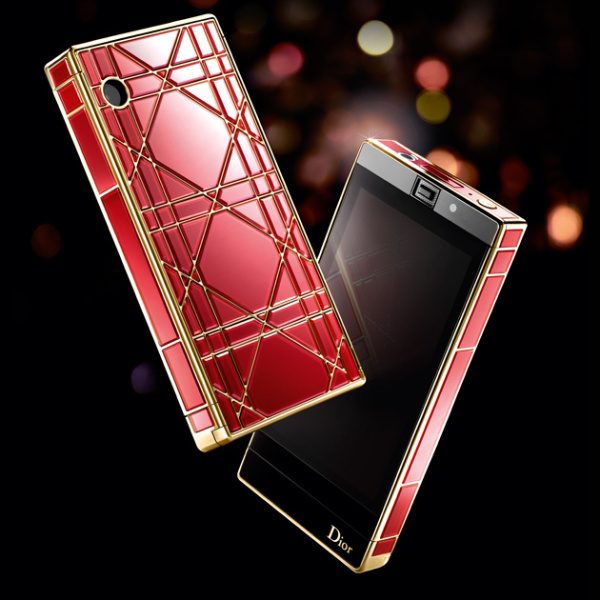 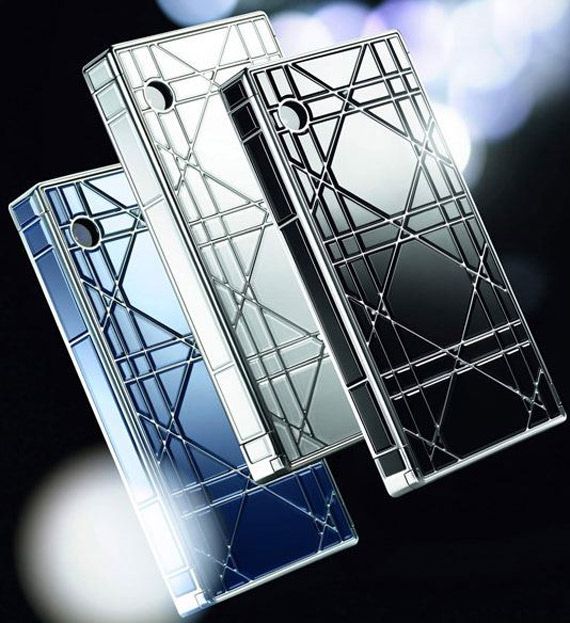 Well, it is true that all Apple products are extensively well-heeled, but they are actually worth those prices, for all the Apple devices are characterized by having their own specifications and different features, besides, they have their operating system and they are not using android as most of the smartphones. However, there is one of all of their products that has broken the record in the highest price throughout the history of Apple; the iPhone Princess Plus. This exceptional device is available at the price of $176,400; however it is no different from any other Apple device when it comes to the features and specifications, what makes its price surges as high is its outer design. The iPhone Princess Plus is made up of real diamonds that have an exceptionally high quality, making the device look very elegant and lavish. 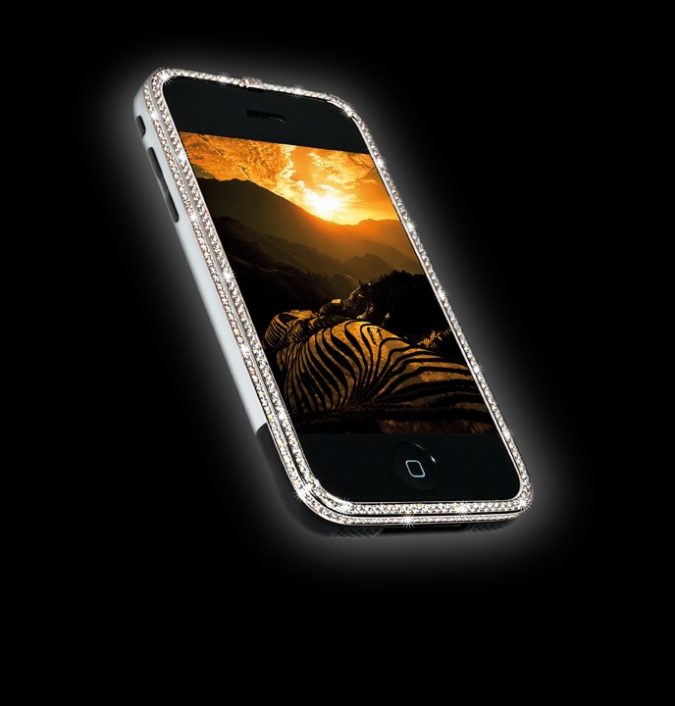 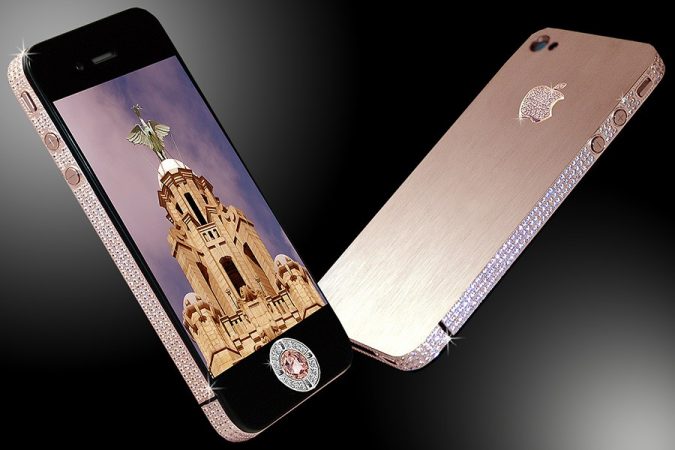 Sony Ericsson is known to constantly launch smartphones that are stylish as well as elegant, but this time, Sony has designed a smartphone that is exceptionally modish in appearance, which is the Black Diamond VIPN Smart Phone. This phone features an organic LED technology, polycarbonate mirror, and mirror detailing. In other words, what makes the Black Diamond VIPN available at a price of $300,000 is mainly the impressive results of its screen, besides; the outer frame of the phone is ornamented with real diamonds; to be more precise, they are two pure diamonds; one is on the navigation buttons while the other is at the back of the phone; as a result, the price of this device has surged that high. 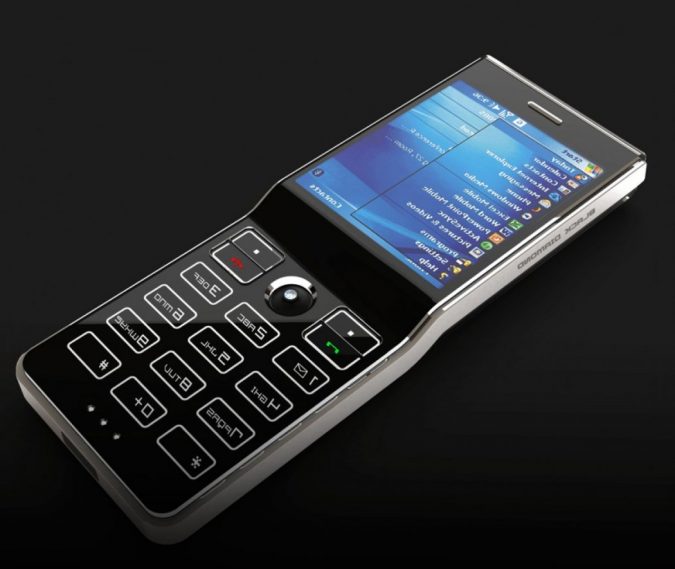 We have previously mentioned that the whole collection of Vertu is deemed to be a set of the most expensive smartphones around the world, especially since the least expensive device among this set cost about $7000. Well, no matter how expensive that number may sound to you, there is always much more expensive ones to the extent that this one from the collection costs $310,000. Pretty shocking, but it is true; this phone is the Vertu Signature Cobra. It does not have any distinctive specifications; it has a memory that is only 4GB, it is about two inches in the display, and available in only two colors; golden and white. However, it has five different designs, but, as usual, this phone is quite expensive due to the fact that it is covered in real Cobra Snack leather on its sides and the rest of the frame is made of real gold. 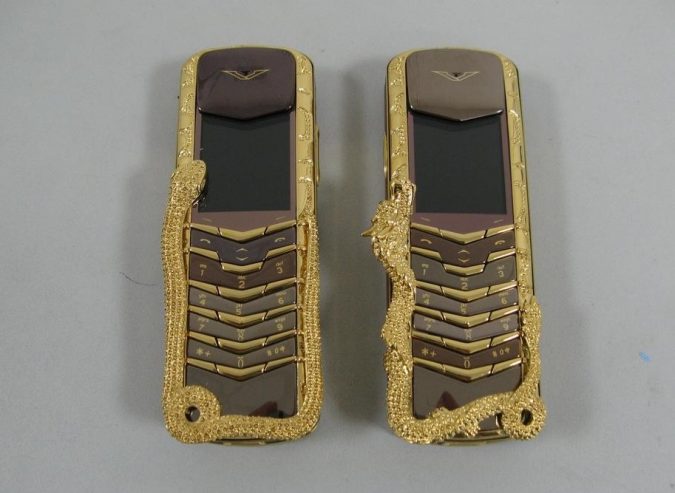 As obvious as the title of the device is showing it, owning a Gresso Luxor Las Vegas Jackpot is like literally hitting the jackpot; this phone is like a large cash prize, a mobile million in your hand. This masterpiece costs about one million dollars and it is claimed that it is the very first device, out of all the smartphones out there, to hit such a price. However, the Gresso Luxor Las Vegas Jackpot share a lot of similarities with any other regular smartphone; it has the same features and specifications, but the real reason for its over-the-top price is its outstanding design, for it is made out of several real bleached diamonds. As if those diamonds were not enough to make it as unique as it is, the creators also decided to add ancient long-living bleached African wood, making the price hit the million, in addition to the beauty that its keyboard holds. 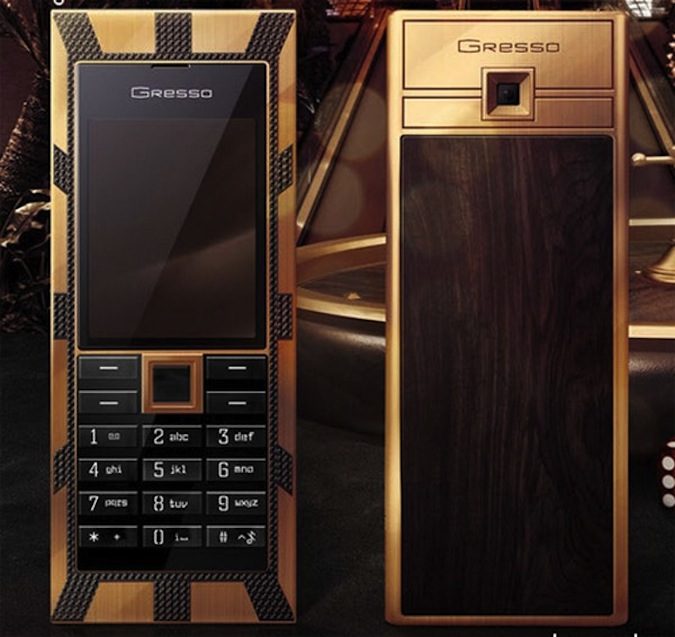 Seeing that a smartphone can cost you a fortune as big as over one million will surely leave you wondering what this phone could possibly be capable of doing to cost such a price, right? Well, taking a close look at its specification, you will not be able to find anything that is too special for such a price as its memory is only two GB, the camera is a primary 2 MP, and the whole device is almost about 3.5 inches, besides; it is only available in just two colors; golden and white, so why is the insanely affluent price? Because this device has such an exceptional appearance, for it is made up of pure white gold and real diamonds. The answer may be a bit shocking, but let’s face it; all the expensive smartphones cost a fortune due to their outstanding designs and not their specifications. 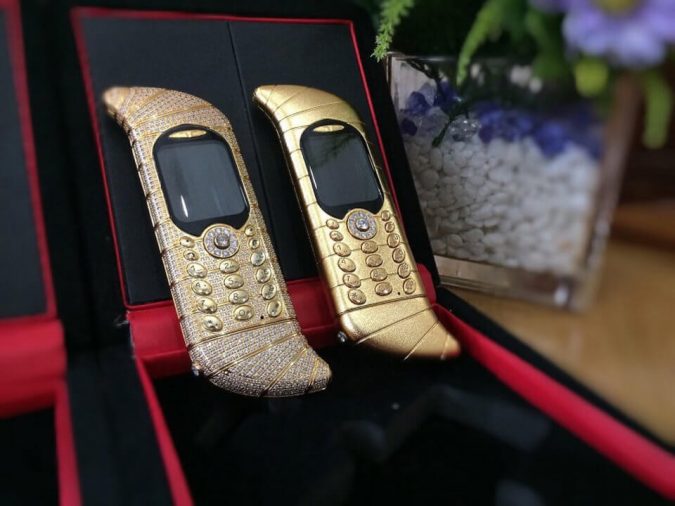 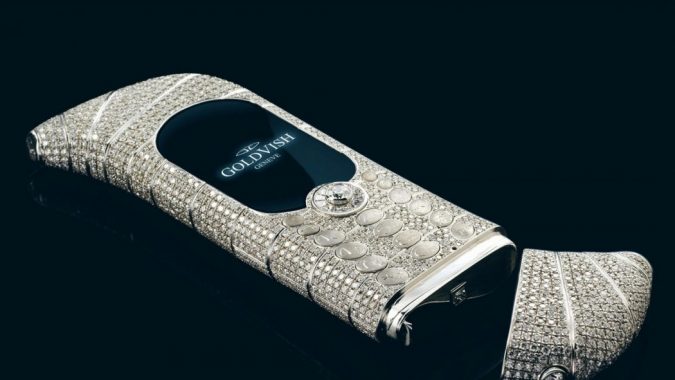 Well, regardless the fact that all the smartphones are actually same on the inside, their appearance can drift them away from being on the same list as it plays a great role in pricing them. What also plays role in the pricing is the name of the designers, not in a literal way of course, but the more famous and talented the designer is, the higher the price will definitely be. This actually the case with the Diamon Crypto Smart Phone; a regular smartphone with super ordinary specifications; the only exception is that it is highly protected against theft and technical threats, but the outer appearance is, in point of reality, designed by the extravagant accessories maker, Peter Aloisson.
Aloisson is known for his exceptional creations when it comes to designing. With the Diamond Crypto Smart Phone, Aloisson has covered it with almost 50 real diamonds, of which there are 10 that are the rare blue ones, besides, there is a section in the outer frame that is covered in rose gold, making the phone available at a price of $1.3 million. 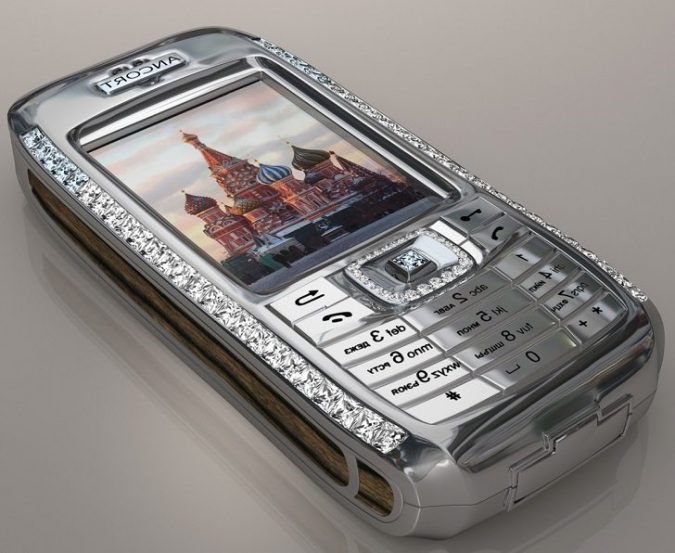 Once again, any Apple product is categorically expected to be expensive, but the Falcon Supernova Pink Diamond iPhone 6 has actually broken all the possible expectations by being worthy of almost 95.5 Million dollars! Beyond any doubt, it is the most expensive smartphone out there for two simple reasons; the first is the fact that it is covered in one huge diamond and the second is, simply, because it is an Apple device. No matter how awkward this is for many, no one can ever deny that this smartphone is literally the number one most expensive phone in the world. 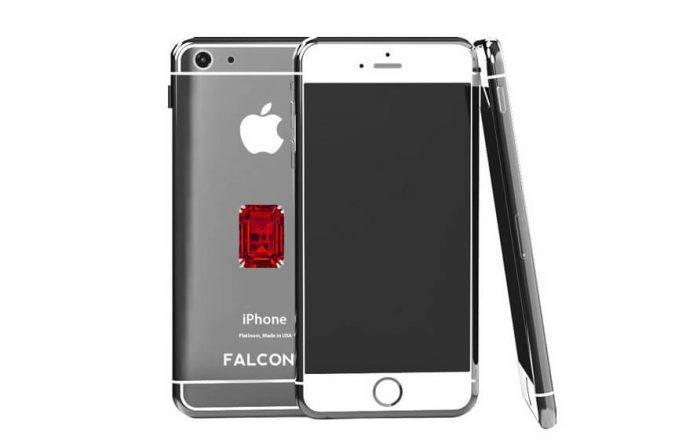 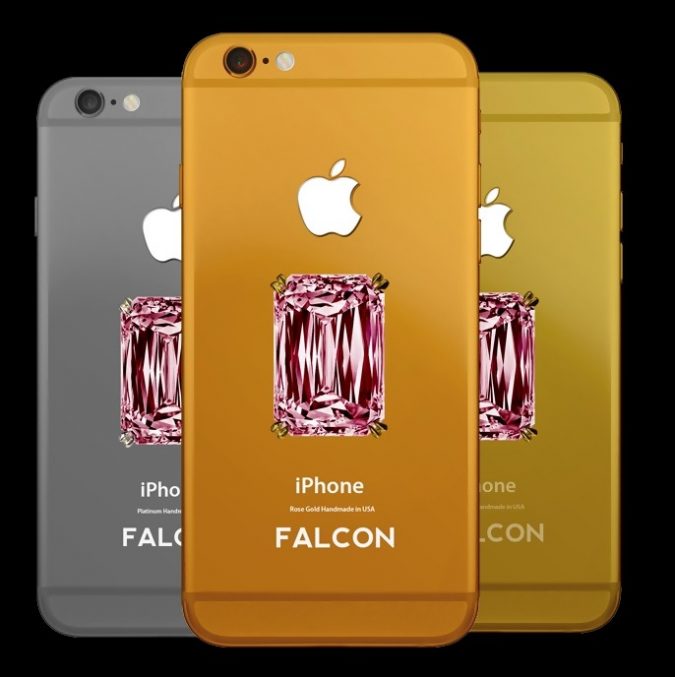 Top 10 Reasons Why You Should Invest In Quality Speakers 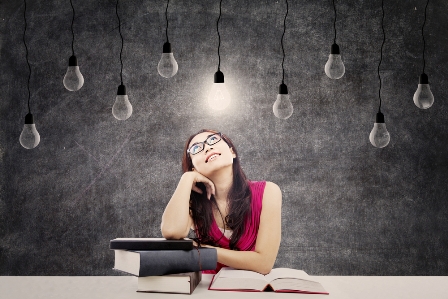 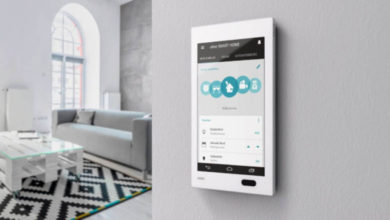 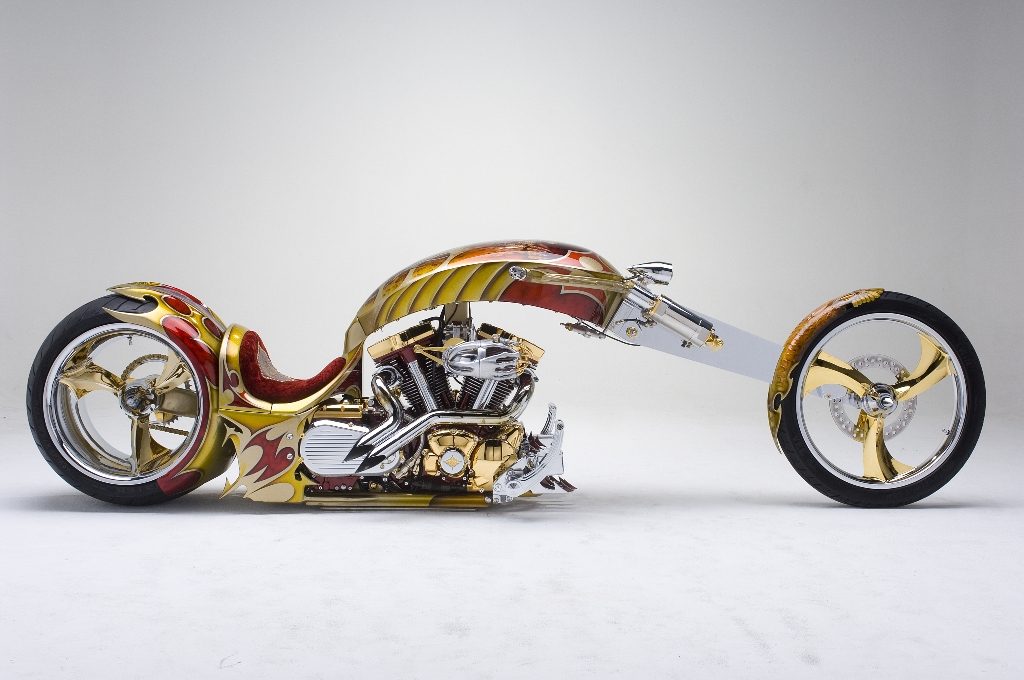 Top 10 Most Expensive Superbikes In The World 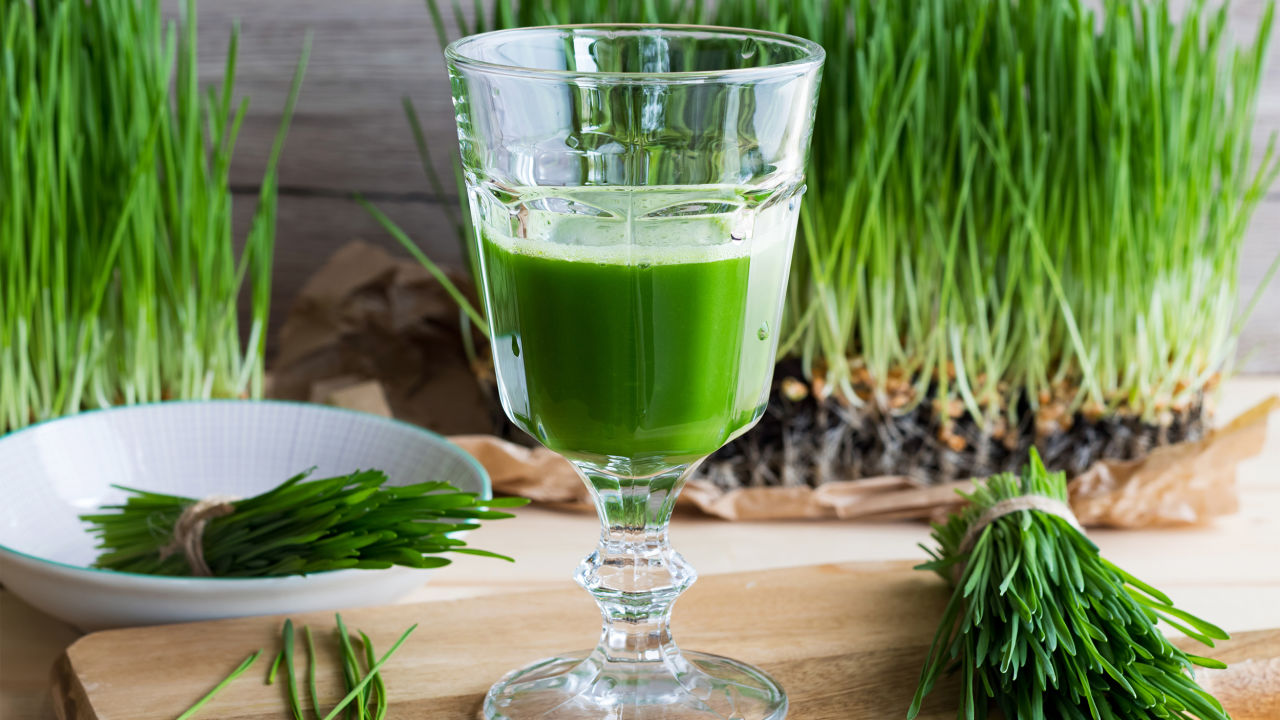 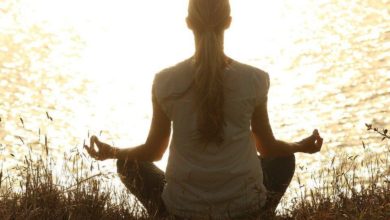 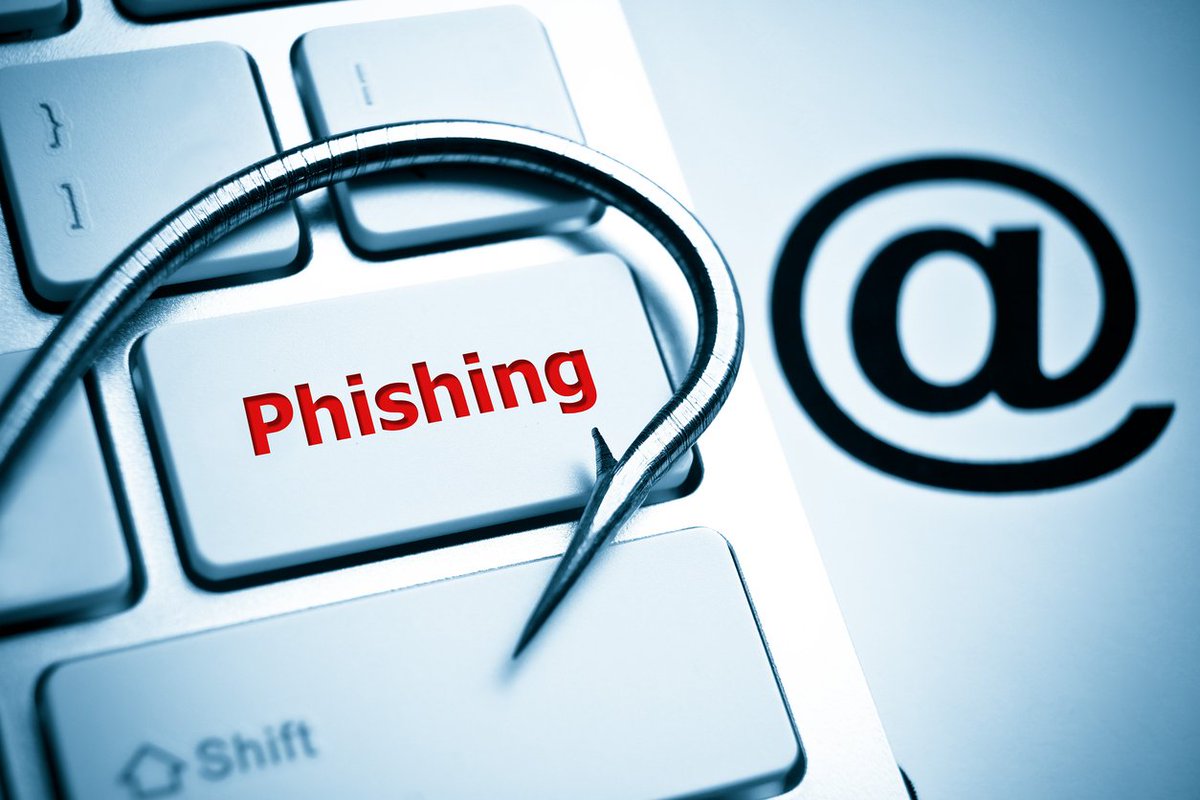