When people fly with non-carriable items, they store them in lockers to be shipped home later. When they get left, it’s the state that receives a special delivery.

State governments that become the unwitting owners of the contents of an airport locker can sell the items for revenue. In fact, states such as New York have filled their coffers with almost $700,000 in items sold from TSA finds. Some states use surplus stores to flog their wares, while others head straight to the internet on sites like GovDeals.com. In England, the rules do not differ much; they include recording the lost items. Those that no one shows up to claim, end up recycled or auctioned.

So what exactly is being left behind and forgotten in the locker most often? While it’s normally nothing more than non-travelable souvenirs, some things might even cause Davy Jones to lift a jealous eyebrow. 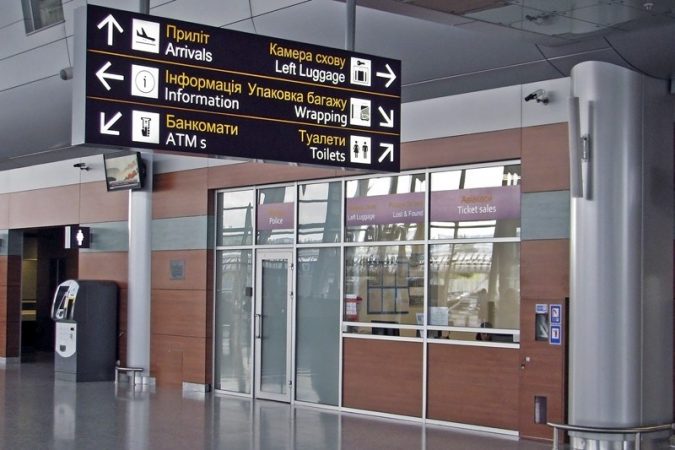 From hand grenades to assault rifles, people attempt to carry on all sorts of weapons and firearms onto airplanes. While the vast majority are small knives and replicas, one airport reported finding an antique rifle that was worth almost $15,000. In another locker, a small arsenal, including handguns, knives, and ninja throwing stars were found. We always wondered how Sonny Chiba got around. 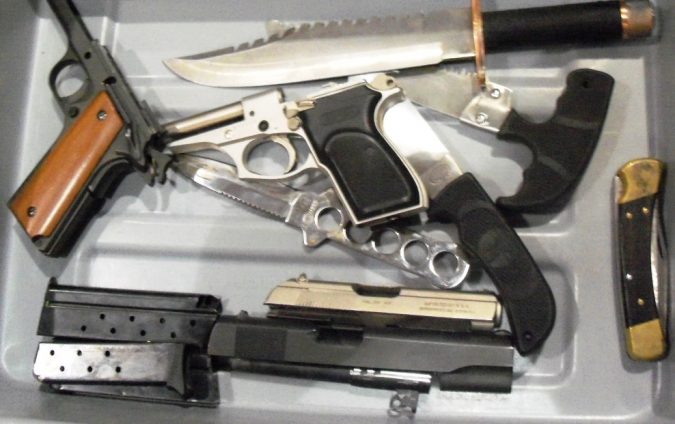 It’s not uncommon for people to try and bring back the weird and wild food that they encounter on their trips abroad. Jellies, gravy, and spreads are all commonly left behind in lockers. Many of which are non-perishable and donated to local shelters. One woman tried to take over $1,000 worth of aged duck eggs home to the states from Asia. Not so abnormal, until you realize that within the egg itself is a fermented baby duck. 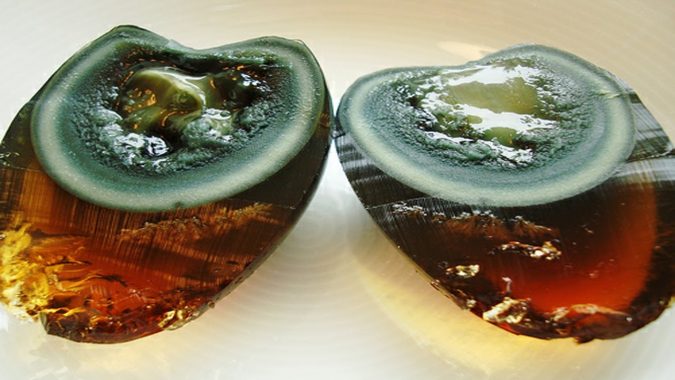 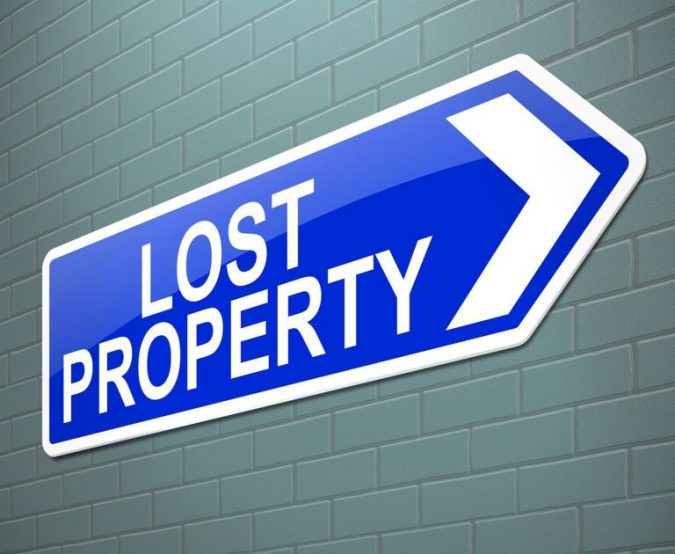 Most souvenirs are pretty TSA friendly, so don’t worry about the personalized mini surfboard holding you up. In a locker in Taiwan, officials found something that was a bit different from your standard keychain. One faithful locker was crammed with over $10,000 of antique swiss francs, $5 in antique American pennies (valued at $2,500) amongst a bunch of souvenir “play money”. The owner was never found, and those bills went straight into the hands of the local government. 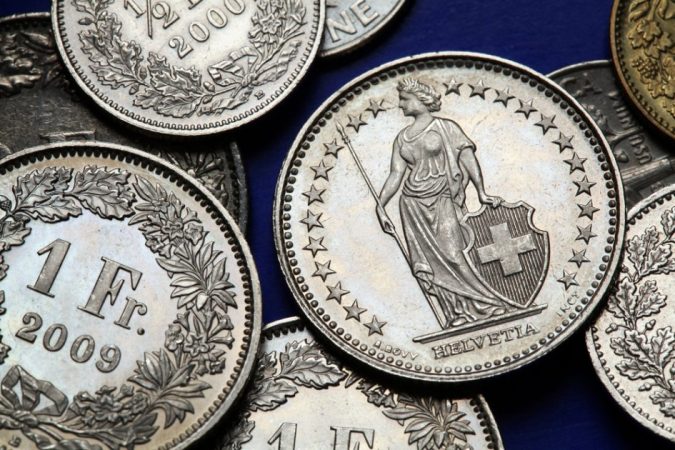 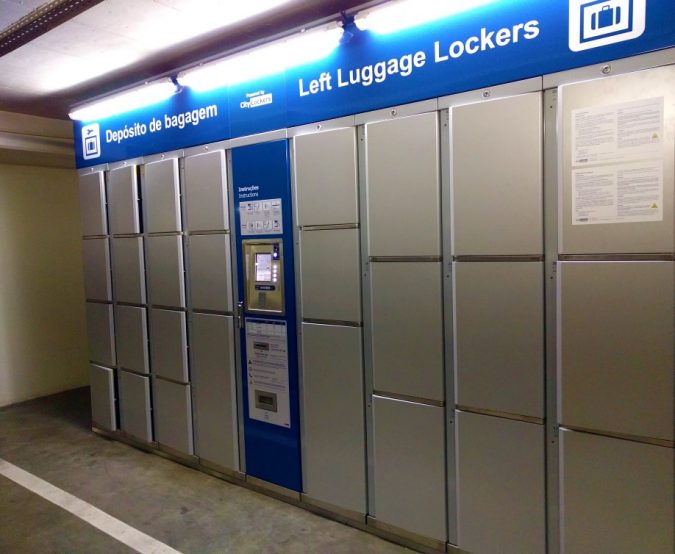 Whether people chicken out at their gate, or simply change their minds about toting their purchases home, airport lockers routinely see adult content. One locker agent reported finding almost six gallons of personal lubricant, along with “affiliate items”. We’re not sure what party they were planning, but we’re absolutely positive we don’t want an invitation. And no need to say that no one shows up to claim this kind of lost items. 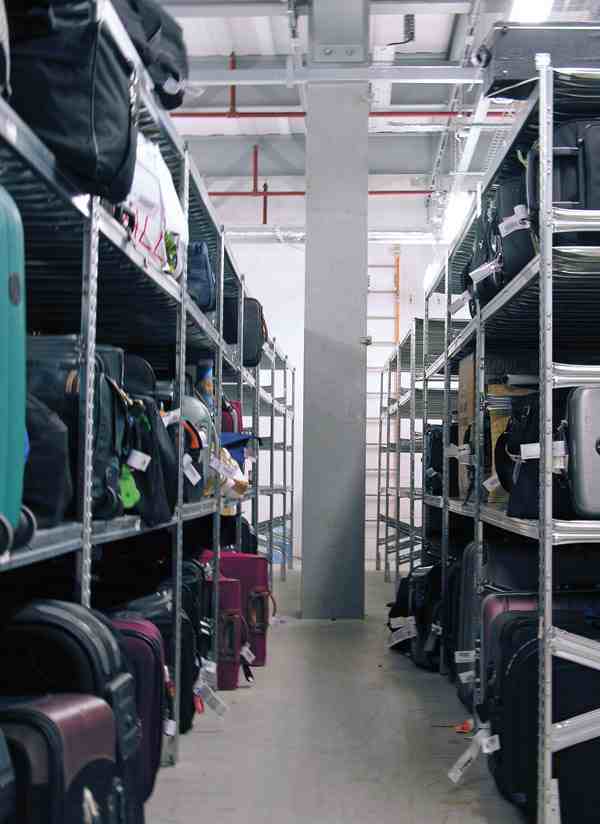 It’s not unusual for articles of clothing and trip accessories to be left behind and forgotten in the hustle and bustle of travel. If you’re traveling across the globe with animals, however, you may not want to forget your purchase. In a locker in California’s airport, 16 live kittens were found abandoned. When the owner was tracked down, she panicked, reportedly telling officials that she didn’t know she was unable to travel with “that many kittens” because “they were small enough for the carry-on”. 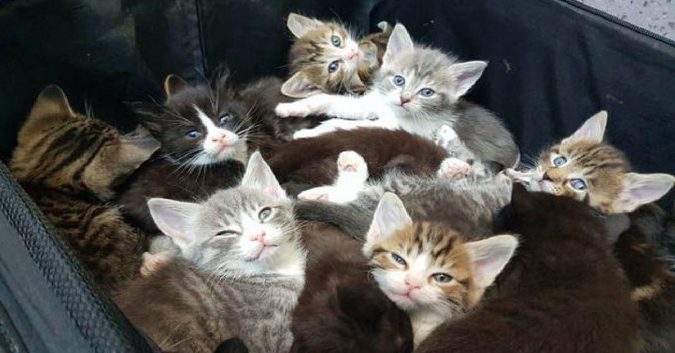 Kuala Lumpur International Airport, or KLIA, is the primary international airport of Malaysia and one of Southeast Asia’s leading airports. Therefore, its lockers must have witnessed interesting forgotten items. However, it is fair to say that no one, including the Lost and Found staff in the airport, would expect to find voodoo dolls left behind. Apparently, their owner is one of those you do not want to drive mad. If that was the case, we hope that s/he decided lastly to forgive the opponent, or that the one drove him/her mad apologized before the owner gets other dolls. 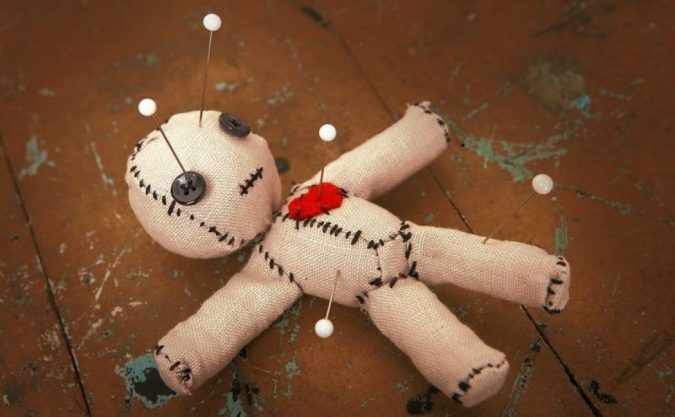 Sometimes hasty travelers forget extra valuable possessions such as pricy jewelry; in KLIA store room dedicated to keeping valuables, lies Cartier engagement rings left behind by a couple; we hope they still have each other. Life is a big airport where you could lose things too. Back to the KLIA, other missing items include luxury-branded watches, gold rings, necklaces, and earrings. Because of the nature of these things, the lost and find department staff asks those who claim losing jewelry for proof such as the receipt of the item. So, if you are thinking of heading to the guys and say you lost your Rolex watch, just forget it. 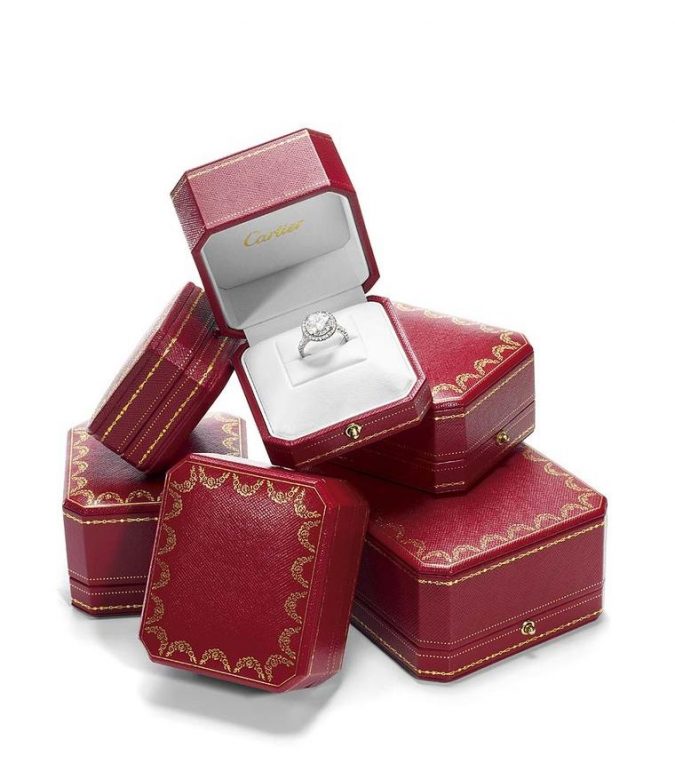 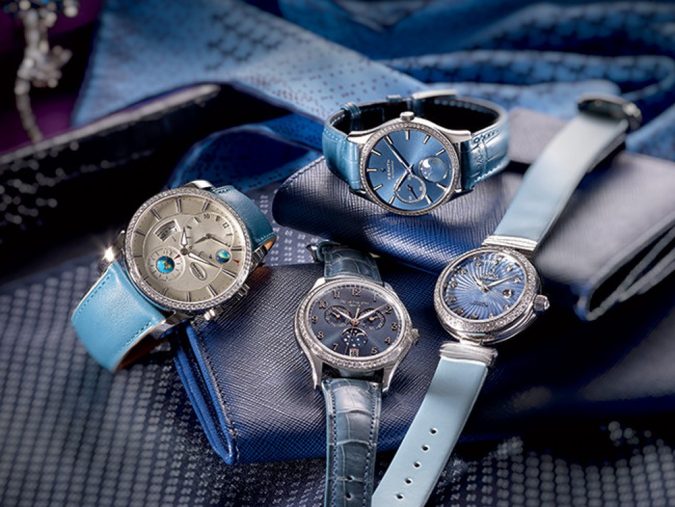 As we already know, from Home Alone movies, people forget their kids. Among the places where they could do so are the airports. It is quite strange, and even unbelievable that parents or relatives forget their children on board airplanes; it is more predictable to happen in the middle of a crowding airport than on the aircraft itself. However, kids’ neglect cases in the airports and on board the planes do exist. In fact, not just kids; a staff member of the Lost and Found department of KLIA states that a passenger headed them saying that his friend is lost! 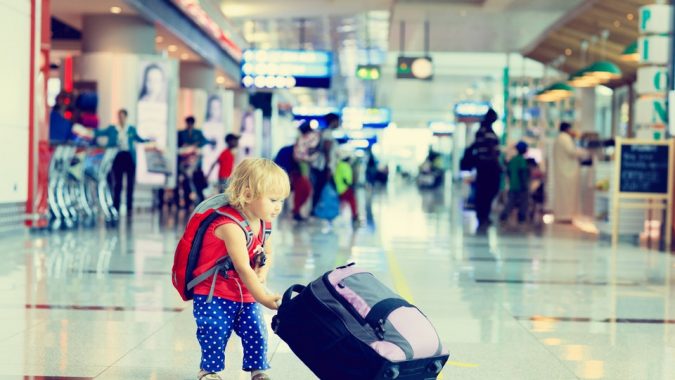 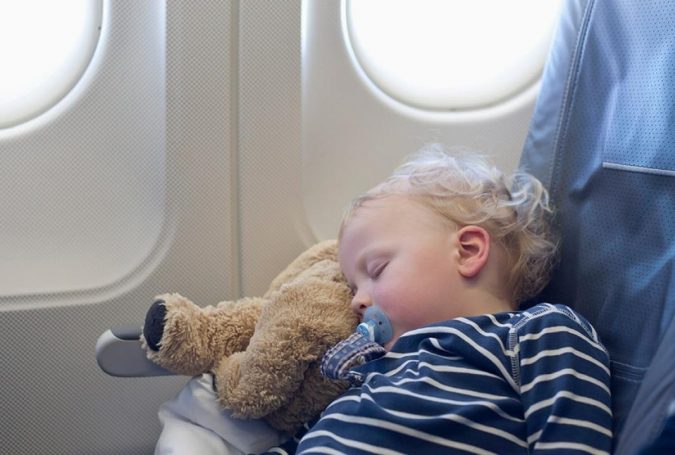 9 Body parts.. False ones of course

False body parts are among the most forgotten items by passengers, especially false teeth and wigs. Maybe these are easy to forget, but what about false arms and legs?! Weirdly, they are found neglected too. A cabin crew reported finding a false leg with a trainer on the false foot while doing a security check on an aircraft after the passengers left. Another one found neglected breast implants left behind under a seat. 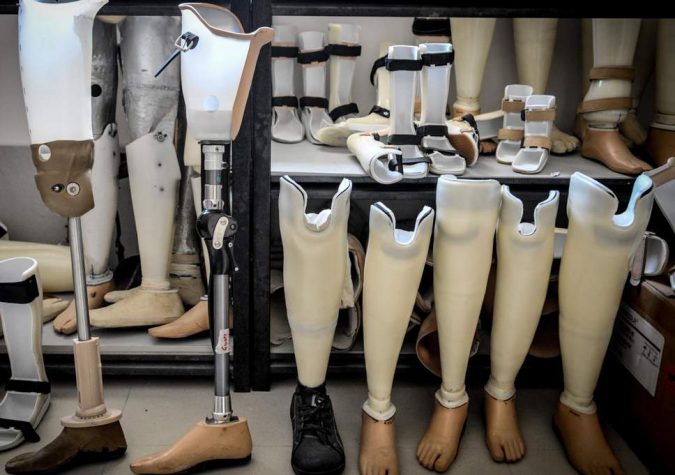 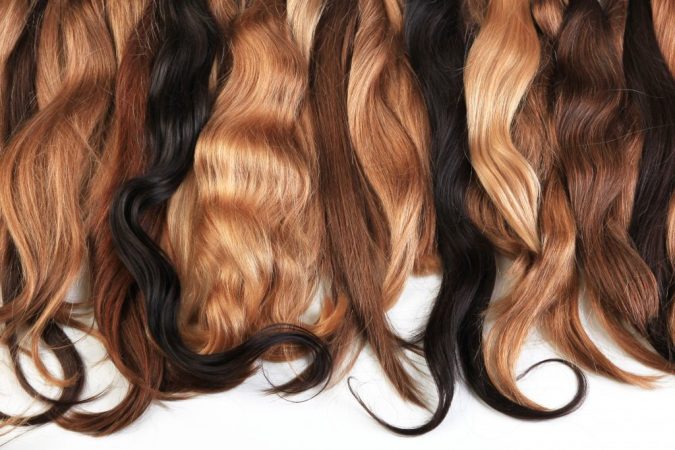 What could be better than music to conclude the list? It is a bit sad to see a music instrument left behind. An Australian didgeridoo was found in the KLIA and ended up in the Lost and Found Room in the Malaysian airport. The didgeridoo is an ancient wind instrument that the Indigenous Australians developed. The Indigenous Australians are descendants of native Australian groups existed before the British colonization. Speaking of the UK, among the lost items in London’s Gatwick airport was guitar amplifiers. 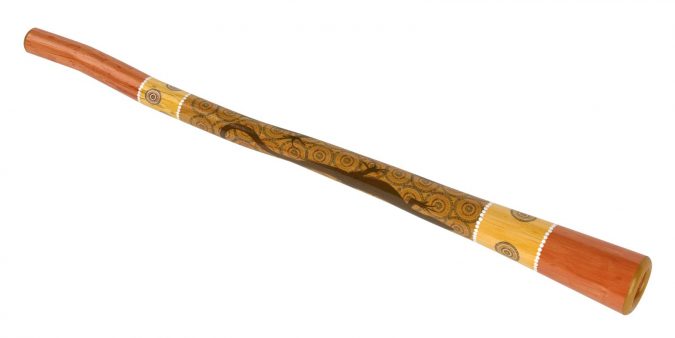 Different ways to deal with one situation

As we saw, the lost items in the airports comprise the normal to be forgotten and the odd, the valuable and the worthless. In all cases, it is a significant aspect that demands rules to determine how to deal with smoothly and effectively, for however many passengers retrieve what they left behind, the unclaimed items still countless.

In the US the State governments become the owners of the content forgotten in the airport lockers; they could sell them for revenue. In Gatwick airport in the UK, the law states that the airport stores the lost items for 90 days. Then, those whose owners do not reach out to retrieve within the determined period end up auctioned for charity.

In other areas, no smooth rules were put to benefit from the lost items in the airports. In Malaysia, for example, the Department of Environment receives the lost possessions of the passengers in the airports that no one claims for a month to dispose of them. 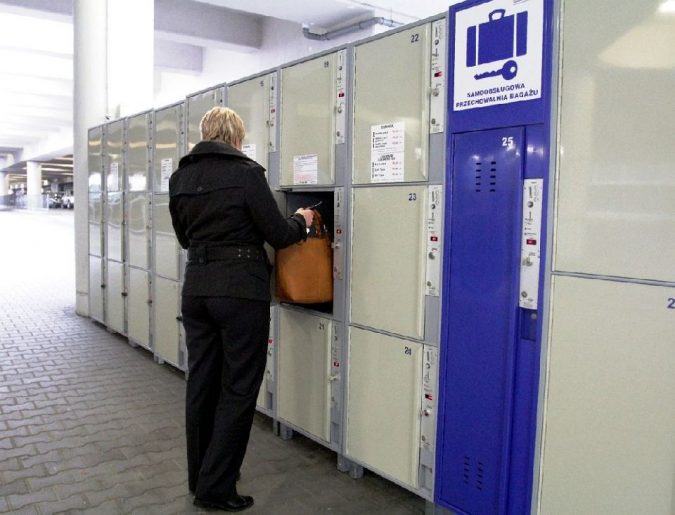 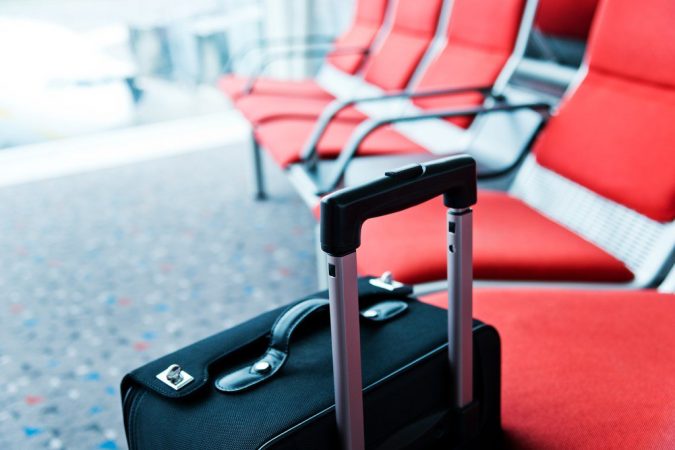