Most of us know what a koozie is used for – it’s a can cooler that serves to keep your beverages cold and provides extra grip so it’s harder to drop your drink. While the basic functionality of a koozie is what attracts most people to get one, the imprints and designs are really the main influence on the buying decision. While there are plenty of blank and single-colored koozies to choose from, custom imprints are some of the most purchased can coolers on the market because people want to add a bit of personality to their koozie. With that said, here are 10 of the coolest custom koozie imprints and designs you’ll find on the web.

As the name implies, this increasingly popular type of koozie has a carabiner attached to it, so you can easily hook it to your belt buckle or anything else. Of course, this gives you hands-free can-carrying capabilities. You can visit Express Imprint to design your own custom carabiner koozie. 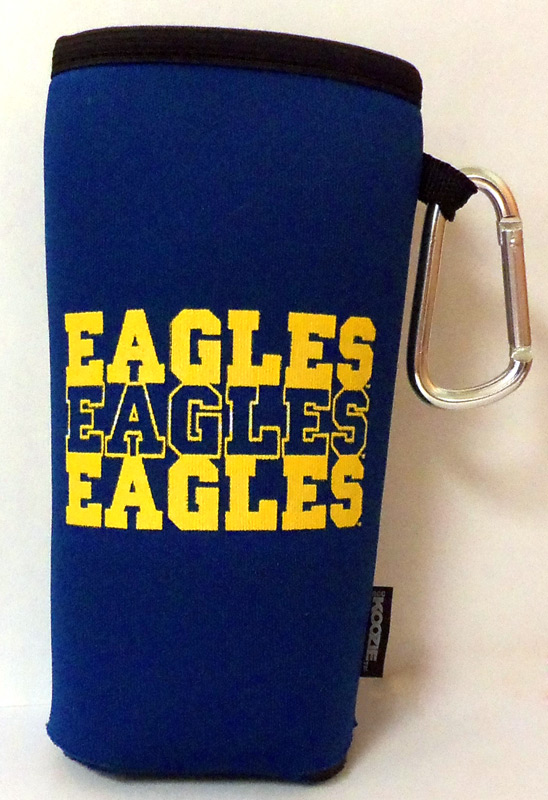 Having the names of you and your significant other along with the date of your anniversary is another common design approach for custom koozies. Usually, the names will be at the top and the anniversary date will be at the bottom, but there’s plenty of room for customization here. Some people also include a drawing or portrait of themselves with their loved one. 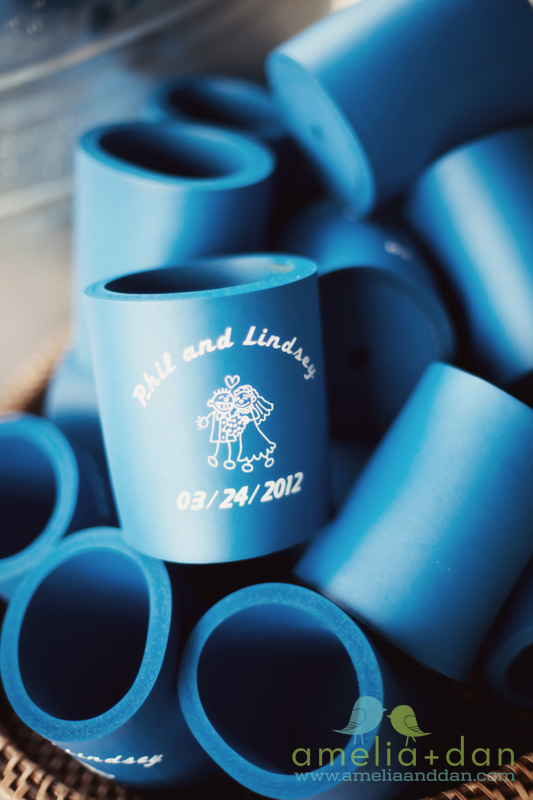 There’s a trending koozie going around with the phrase: “Something, old, something new, something borrowed, something brewed.” It’s a simple message, but people seem to love it as it’s making its way onto koozies of all kinds and colors. 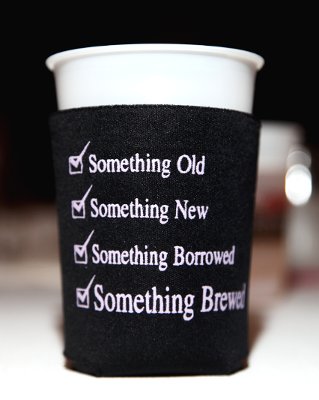 Another common customization appearance is to add an interesting slogan or phrase to the design as a sort of can-side business advertisement. People often are curious to read what another person’s koozie says. Placing an ad on custom koozies is another way for small businesses to improve brand awareness. 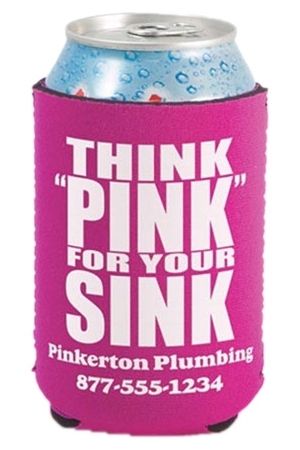 One thing you’ll notice if you’re browsing the web looking for custom koozie ideas is that there are a lot of people who’ve chosen to go with a camouflage background. Of course, that’s not surprising considering a huge percentage of beer-drinking Americans who use koozies also go hunting, so there’s an intersection between niches. 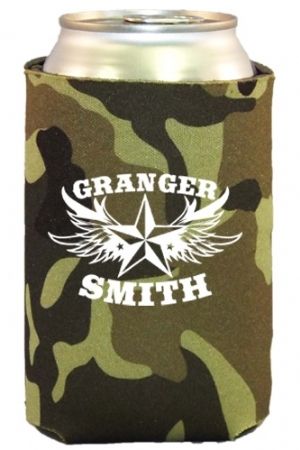 Another common theme you’ll find in the most popular custom koozie designs is the use of the word Texas and the shape of the state. The Texas longhorn symbol is also commonly incorporated. Of course, Texas is a huge state with a lot of beer-drinking, Koozie-using folks, so there will probably be millions more who want to represent their state on their koozie. 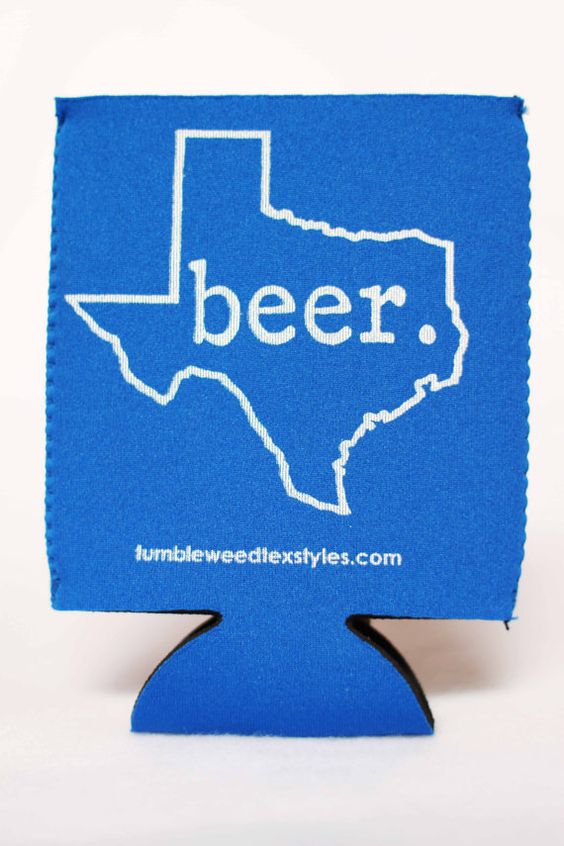 Koozies with company logos on them have become practically ubiquitous because companies big and small are having custom koozie designs printed as part of their branding and merchandising efforts. 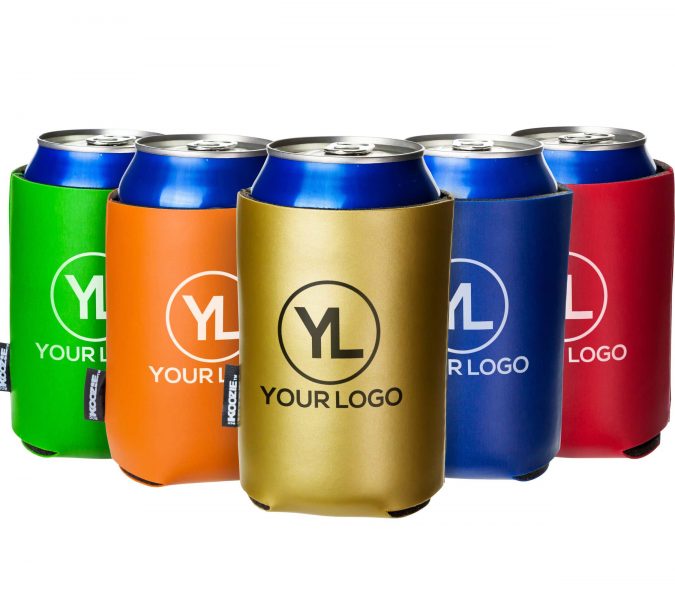 Of course, anything that can be customized will eventually have prints of popular quotes written all over it. You could think of your favorite quote and have it added to the koozie in the design style of your choice. You could also put a spin on an existing phrase to give it your flare. 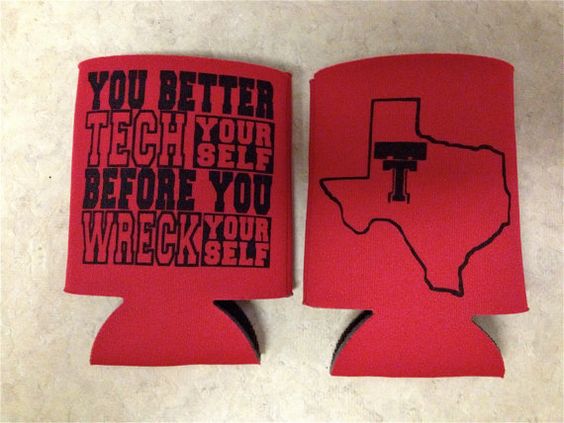 Everyone likes a bit of humor; so you could go with a joke or funny cartoon as a design option. You could also incorporate some sarcasm into your koozie’s print. Whether it’s an existing joke or your own little comedic riddle, making your koozie funny is a great way to put a smile on someone’s face. 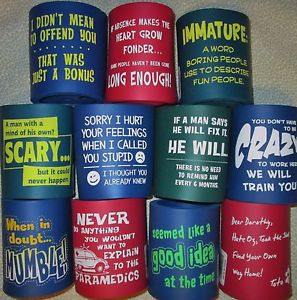 Similar to coffee mugs, koozies are commonly decorated with family portraits. You can use a real picture as the print source or go with the artistic drawing approach. This is one option that most people wind up doing eventually, even if they go with other some of the other aforementioned ideas first.

Making Up Your Own Design

While the above trends are certainly worth considering, you could always make up your own design ideas to be innovative. Besides, who wants to do something that has already been done a million times before? Or, you could just put a simple spin on one of the themes listed above, and you’ll have a one-of-a-kind koozie that will serve as a great conversation starter and can-cooler.

For example, you could put any design in the world on a carabiner koozie. Ultimately, custom koozies are affordable enough to buy and easy enough to have printed to justify the cost. If you really want to go all out, you can pay a freelancer to create custom artwork for your koozie design.