For the past few years, banks have been weighing the pros and cons of replacing their outdated core banking solutions. Some of them have taken a proactive approach. For example, Silicon Valley Bank replaced its core with new Oracle Flexcube software. Smaller financial institutions, such as Community Trust Bank or the Vibrant Credit Union, also took the plunge and replaced their core.

Still, these are only a few isolated cases while the reality is far more pathetic. As NTT Data shows, although 80% of U.S. bankers would like to modernize their core IT systems, only 15% expect to do this in the next three years. Then, who chose the right strategy – proactive banks or those that move with utmost caution? Let’s see. 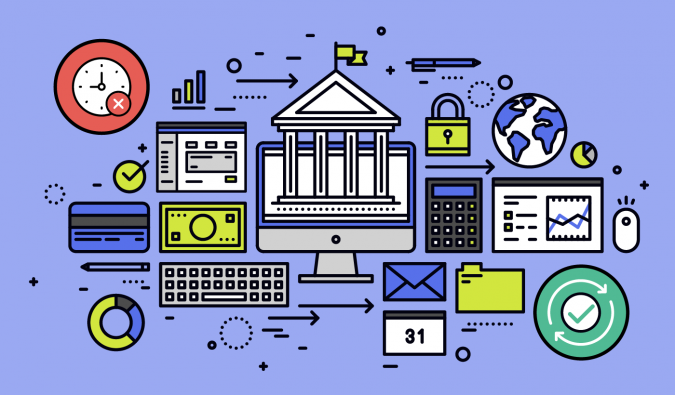 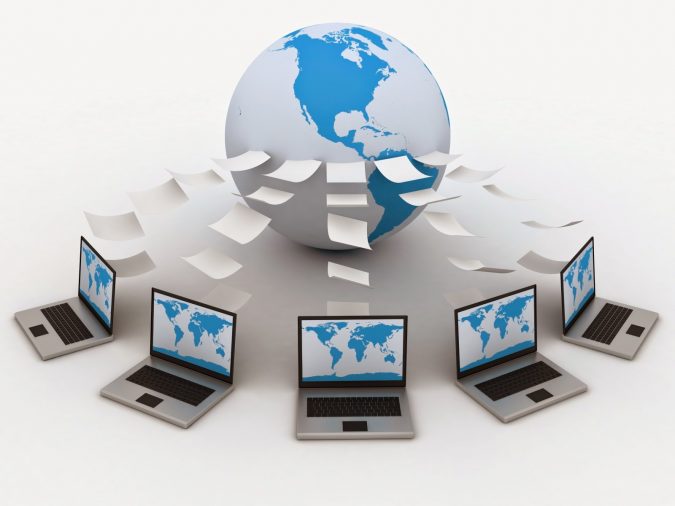 Why banks strive to maintain the status quo?

A core system replacement usually implies high-risk investments, because a migration mistake can potentially affect all banking services. That is why most CTOs prefer to stay away from any career-killing failures hoping the system won’t fail during their employment.

Still, bankers have a number of other arguments to refuse to update their core banking software: 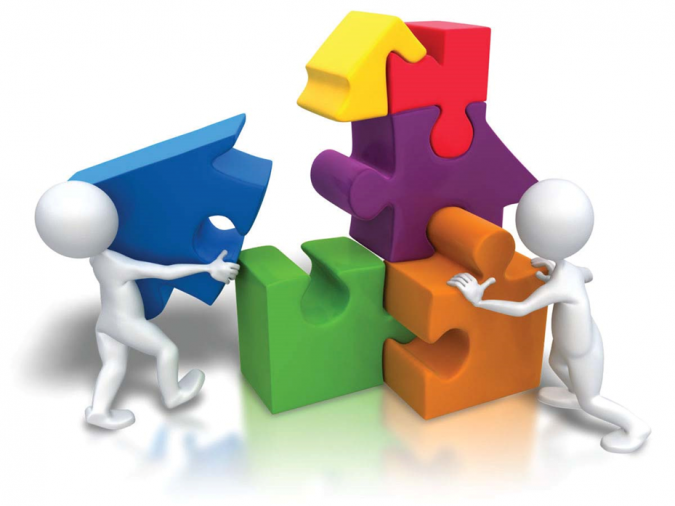 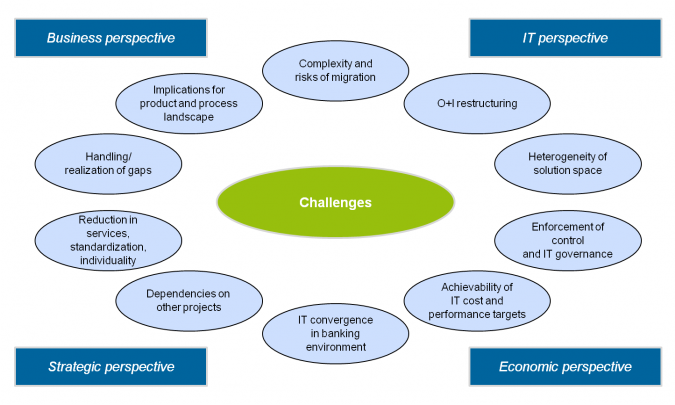 Why keeping the status quo is risky?

Though these objections have the right to exist, the risks of not upgrading core systems are grave. For example, Royal Bank of Scotland had to freeze 12 million customer accounts for a week because of a glitch in core software. These technical problems cost the bank £175 million and greatly damaged the company’s reputation. Thus, it may be just a matter of time until something similar happens to a U.S. bank. 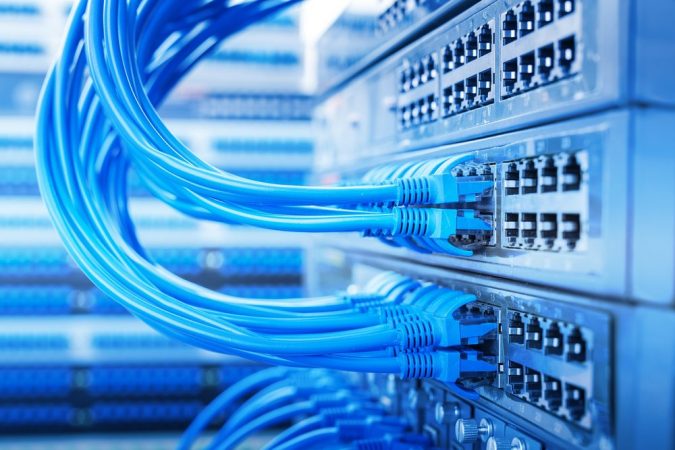 Why update your core IT systems?

Apart from money loss and reputation damage, ScienceSoft’s IT consultants have identified other reasons why it’s unreasonable to keep your old sprawling and overlapping core IT systems.

1 The integration within a bank’s IT infrastructure becomes painful

Most core IT systems were designed to solve challenges of the time they were created (for example, to calculate transactions balance during the overnight batch processing). However, these systems were not prepared to meet the banks’ increased competition around the customer experience. To adapt to the rising consumer expectations, most banks invested in the internet and mobile banking development. Other banks started cooperating with fintechs whereas some of them even went for providing APIs to third parties.

All these changes led to the exponential growth of banking software solutions, which needed large-scale integration with core IT systems. Unfortunately, this task became a chronic headache for most bank CTOs, because modern banking solutions use a progressive technology stack and as a rule cannot work seamlessly with legacy systems written in Cobol, Fortran, and other old programming languages. Besides, multiple mergers and acquisitions that affected the banking industry during the recession have complicated the integration between banking core IT systems even more. 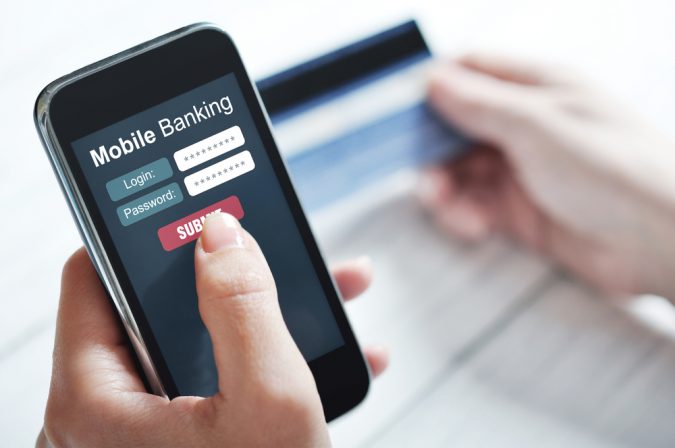 The majority of banks currently have core IT systems and software solutions centered on financial products and services. As a result, marketers and sales representatives cannot trace the entire customer lifecycle and maximize lifetime value, because customer information is scattered across numerous banking IT systems. Thus, to increase their share of wallet, banks should upgrade core IT systems and restructure them around customer data. 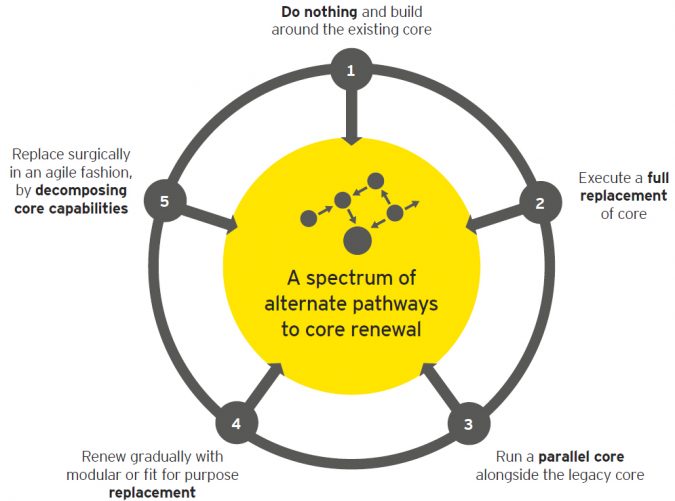 Though bankers usually point at the cost of replacing core banking software, the costs to support current systems may actually outweigh. In fact, some banks keep an immense amount of workforce to maintain the existing IT infrastructure. Chris Skinner, a prominent writer and fintech commentator, even called banks software development powerhouses, because some of them have more developers than the world-known software companies. For example, while Microsoft employed 1,000 developers to produce Windows 7, HSBC needed nearly a ten times bigger team just for software maintenance and support. No surprise that when it comes to implementing innovative software solutions, banks usually point at IT budget limitations. 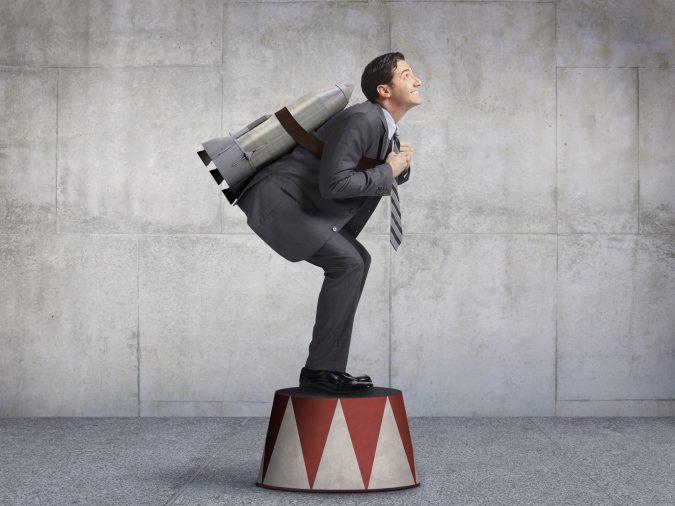 4 The competitive pressure in the banking industry is high

While in the past customers switched banks in search of more attractive interest rates, now people pay more attention to a bank’s ability to provide exceptional customer experience. Unfortunately, outdated core IT systems hinder a bank’s technological prowess and don’t let it timely adapt to the industry change and customers’ demands. With the appearance of highly innovative fintech companies as well as giant retailers, such as Target or Walmart that also started offering financial services, banks may paint themselves into a corner by keeping snail-paced and clumsy core systems. 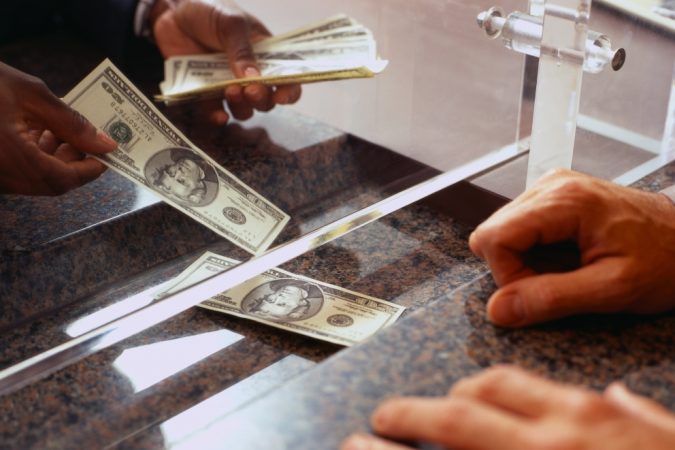 Don’t bury your head in the sand

The realities of the digital age require secure and agile core IT systems so that banks could benefit from all the opportunities of progressive software solutions. However, until core banking software reminds a relic of the Stone Age, banks jeopardize their operational efficiency and risk becoming a relic themselves.