Every country or nation is in a dire need to save its borders and actual land against enemies or pouncing world powers which target it. The danger that falls over that country is the reason behind large and small nations attempting to take out a considerable and sometimes tremendous amount of budget to develop power, implemented technologies, the number of allies, the size of the army, tanks, submarines, land weapons, helicopters and military budget which play a vital role in the ranking on the military list. Here are the top 10 most powerful military forces in the world.

It is easy to recall the major role Japan played in World War II although the results are unpleasant, devastating and inhumane! [Heroshima and Nagasaki!] Notably, Japan’s peace treaty included restrictions over army size, a little bit like the Versaille treaty that Germany signed after World War I. However, Japan’s frosty relations with ever-expanding China prompted it to set military on outer islands for the first time in forty years. It worked on its military budget that reached from $39.1 billion to $41.6 billion. It features more than 247,000 active personnel, nearly 60,000 in deposit and 678 tanks. In addition, Japan possesses 1,595 aircraft. Its army is well equipped and prepared with 131 warships and 16 submarines. WE can say also that Japan’s defense initiatives promote its status as relatively small military force, yet considerable and well prepared. 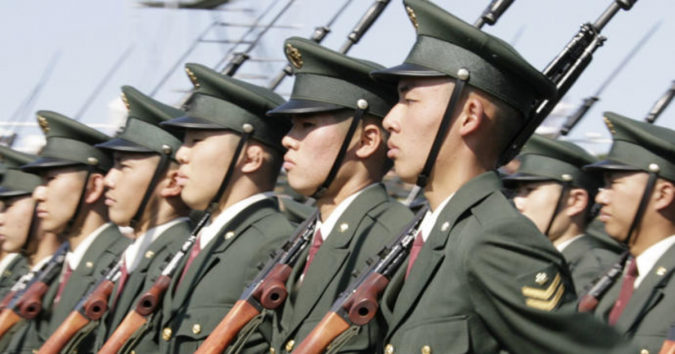 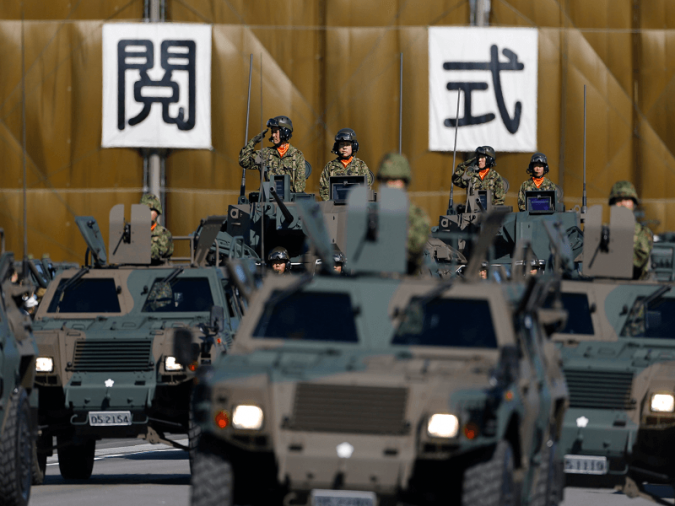 South Korea faces a serious danger due to its border with North Korea. South Korea has to be cautious while dealing with its Northern borders and especially the fake city that lures poor South Korean to be driven to North Korean where life is not so good, well it is not good at all. South Korea had military aid and training provided by western countries such as the United States and NATO allies so South Korea can develop arms and security and defend itself against any potential danger. The country does have around 2,500 tanks, 1,500 aircraft and a navy of 166 ships so Korea is well armed and prepared for any assault. Its defense budget stands at nearly 3.5 million. In addition to defending and maintaining borders, South Korea has participated in peacekeeping missions alongside naval transmissions near the Horn of Africa. 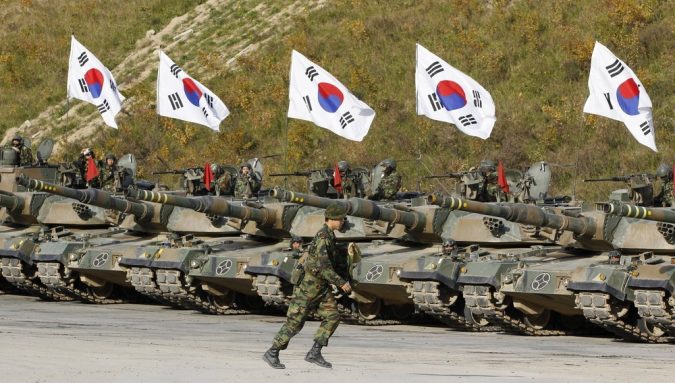 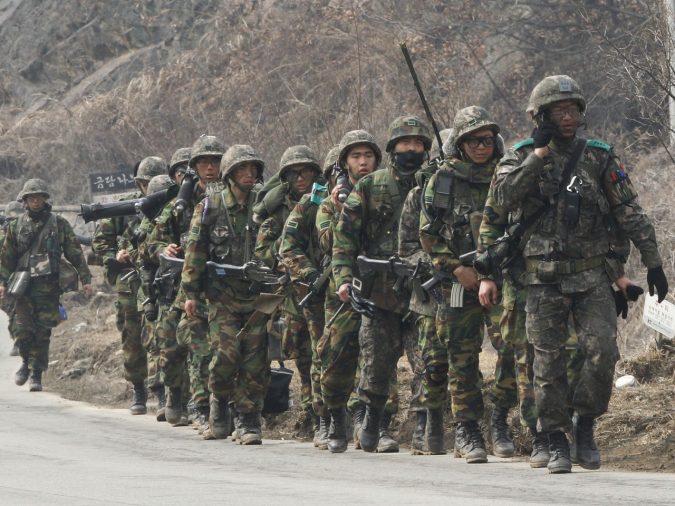 Maybe the reader would not expect to encounter this state on the list for a handful of reasons, including the usual domineering of western countries on the list and the failed attempt of the coup. Turkey, however, has proven that it has strong military forces, which is definitely seen in the airstrikes that hit Syria and non-stop conflict with militant Kurds. Turkey keeps more than 1,000 aircraft, around 200 ships, and nearly 16,000 land weapons. Interestingly, the Turks have lent some of its ships to operations carried out in areas near the Black Sea. Its defense budget increased in 2015 by 10% that it reached $18.18 billion. Furthermore, Turkey President Recep Tayyip Erdoğan met with U.S. President Donald Trump over a week ago to discuss the issue of THE U.S. funding Islamist Kurds in Syria against ISIS, which is opposed by Turkey as it has a frosty history with Kurds and, of course, the United States tended to discourse about the issue with the new powerhouse of the Middle East. 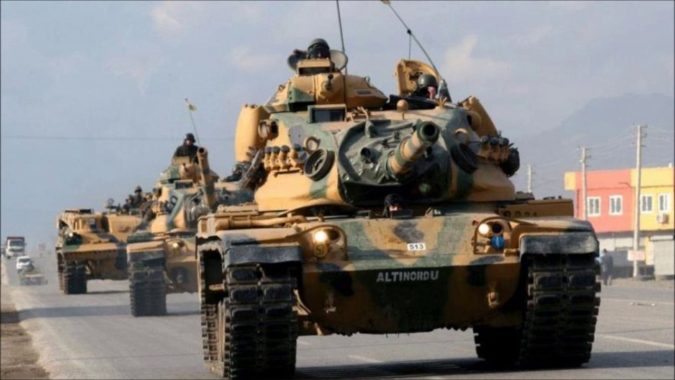 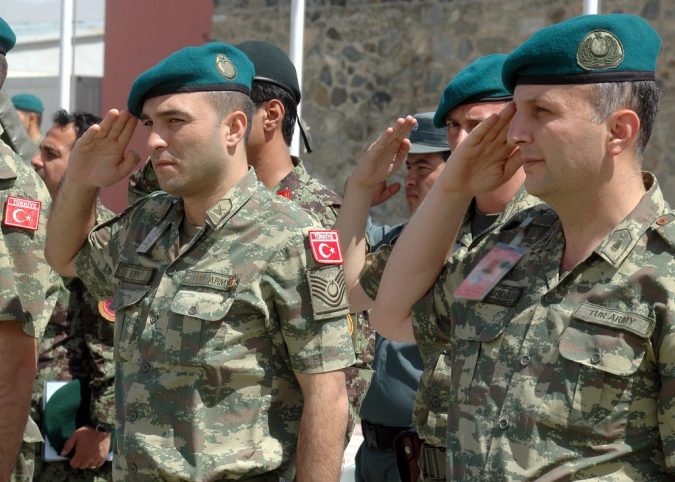 Germany has earned the reputation of a European economic powerhouse, and it has long been known as a military powerhouse as well. Germany has a military budget that ranges from $36 billion to $45 billion. Germany has a handful of attack helicopters. Moreover, Germany has started sending military support to eastern European NATO members. It has only 183,000 active frontline personnel and 145,000 reservists, 710 aircraft and on-land armament of around 5,000 of different types. So, we can proudly say that Germany’s military forces are well-funded. However, Germany is not the military power, we mean it is powerful, but not to the extent that everyone used to know or expect to be; it does not have an aircraft carrier and has, more or less, few submarines which, in turn, drops its position on the military forces list, according to the Credit Suisse methodology. Furthermore, the generations who were born and raised after World War II do not encourage the prospect of getting involved in wars. In 2011, mandatory military service was discarded to halt the militarization of the country. 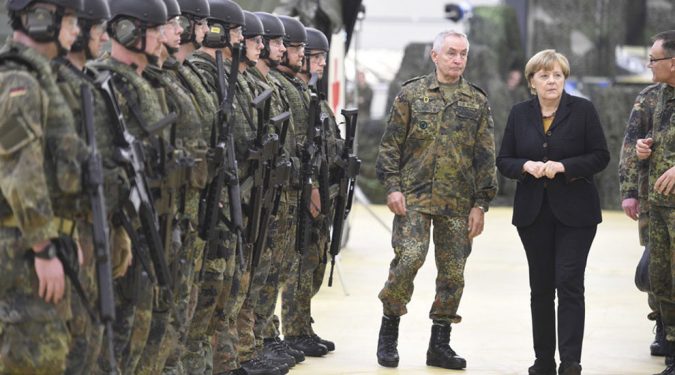 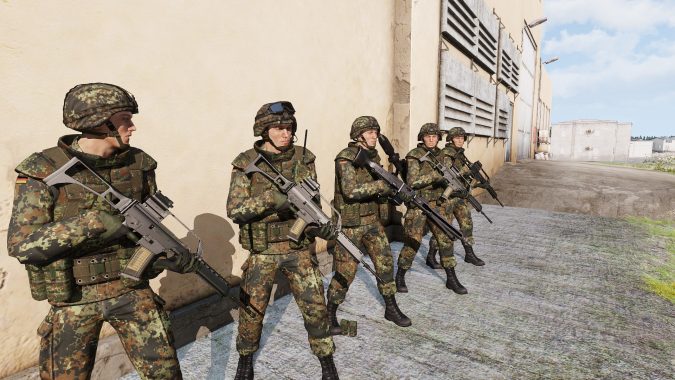 France has taken a little unusual decision as it tended to ‘effectively ‘freeze’ the military spending, and reduce the defense jobs by 10%, in order to save money so it can be able to buy technologically advanced equipment. Its current budget for military purposes is estimated at $225,000 a year. The forces of the French military hit just over 400,000 and nearly 1,300 aircraft. Although France’s military spendings and equipment fall short of what readers expected, France’s status among European Union states and in United Nations [VETO!] and a sum of 290 nuclear weapons renders it powerful and strapping. 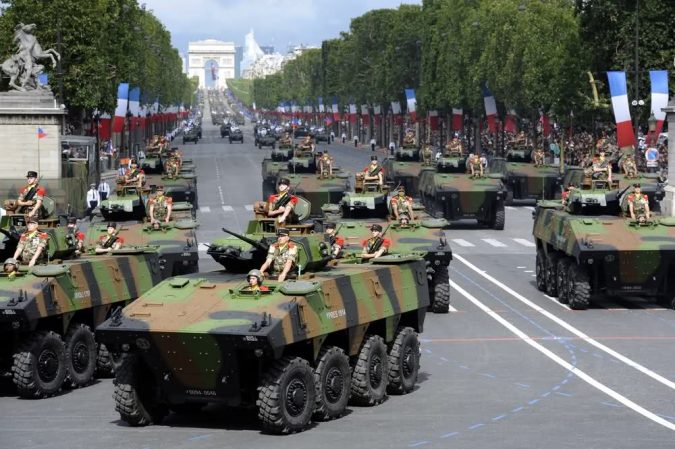 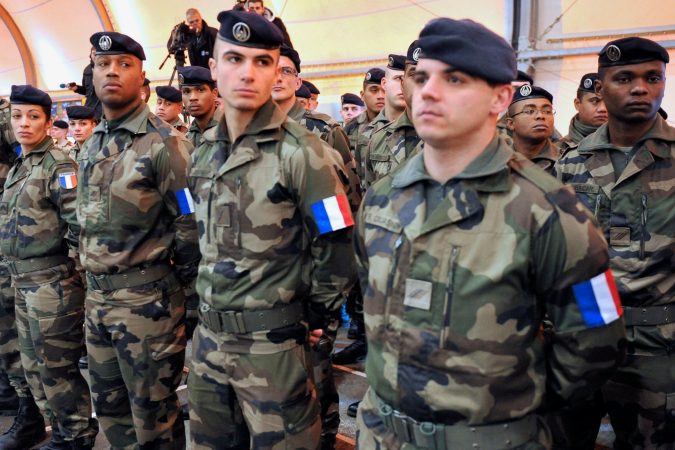 The British armed forces include members from North Ireland, Scotland, Wales and Britain. However, you may not expect the 19 century’s world power to consider minimizing the size of the armed forces by 20% from 2010 till 2018 while working on increasing the Royal Navy and RAF. The defense budget of the UK is purportedly estimated at $54 billion. Its regular force revolves around 205,000, with an air force of 908 aircraft, and Navy of 66 ships. Nonetheless, holds major equipment and 160 nuclear weapons. The Royal Navy is looking forward to putting service HMS Queen Elizabeth, in 2020. 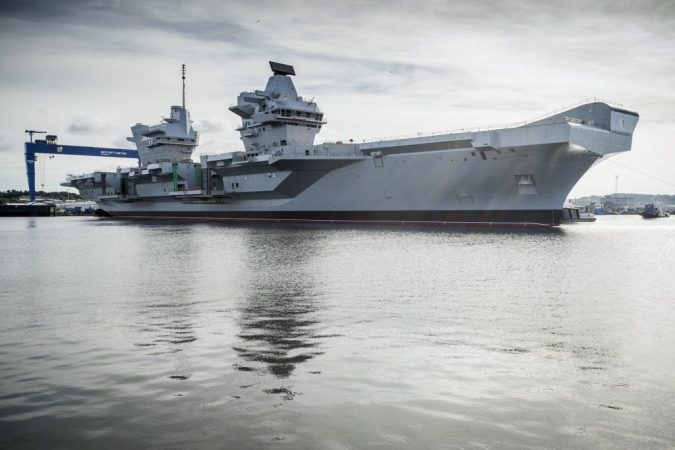 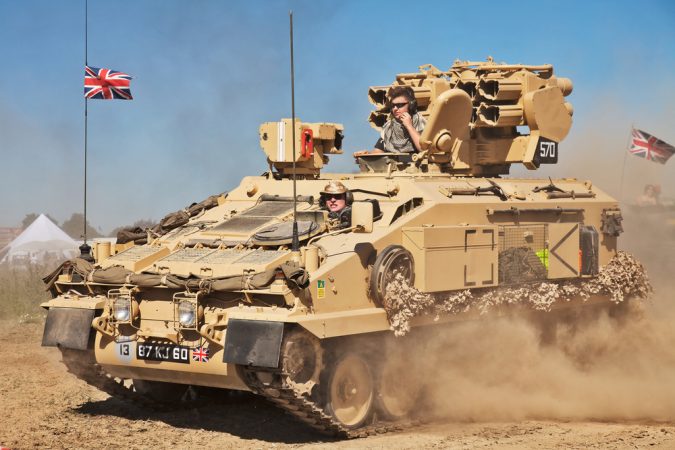 India is not only a powerhouse when it comes to filmmaking, but its significant military manpower is considerable, which qualified it to make it into the list. It has the most active manpower worldwide behind China and the US, as well as the most tanks and aircraft behind the US, China, and Russia. The army of India consists of 3.5 million, including 1.325 million active militaries. Not only its manpower is significant, but the sum of 16,000 land vehicles which include 3,500 tanks and 1,785 aircraft is genuine. Its current defense budget stands at $53 Billion, but it is expected to rise, in a bid to modernize the military power and be the 4th highest spender by 2020. 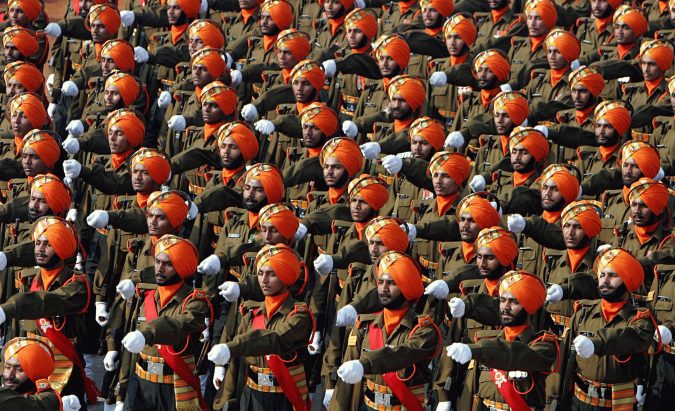 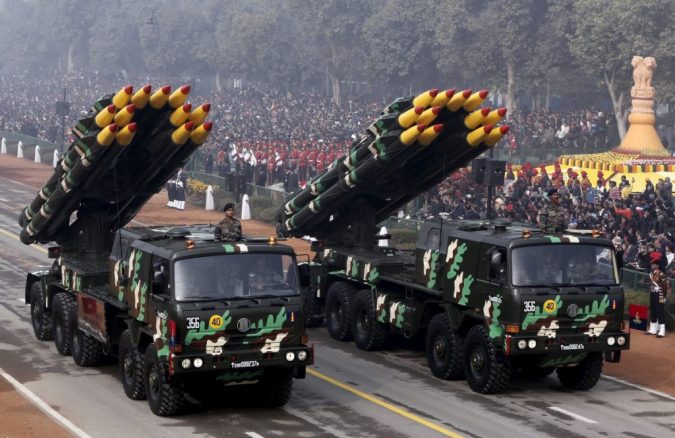 Beware the Chinese are coming! We all acknowledge the fact that Chinese merchandise and product are swarming all over the world, but, when it comes to military forces it takes the bronze medal, which is impressive after all! The Chinese military forces are rapidly mounting in terms of size and capability over the past few decades. Of course, China is wildly known for hard labor and how workers pull their weight and are on pins and needles. so, it is easy to conclude that China comes first in raw manpower. In addition, it has the second largest tank fleet behind Russia and the second largest submarine fleet behind the US. China’s budget for defense is estimated at $126 billion, and, as China puts defense as its ultimate priority, it is looking forward to investing an increase by 12.2%. China is in possession of around 2,800 aircraft on its air force and 300 nuclear weapons. 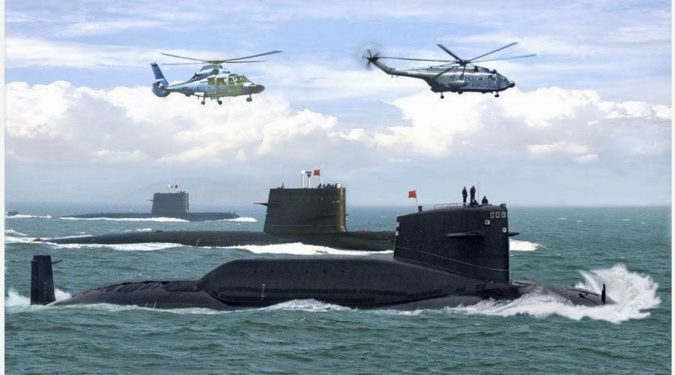 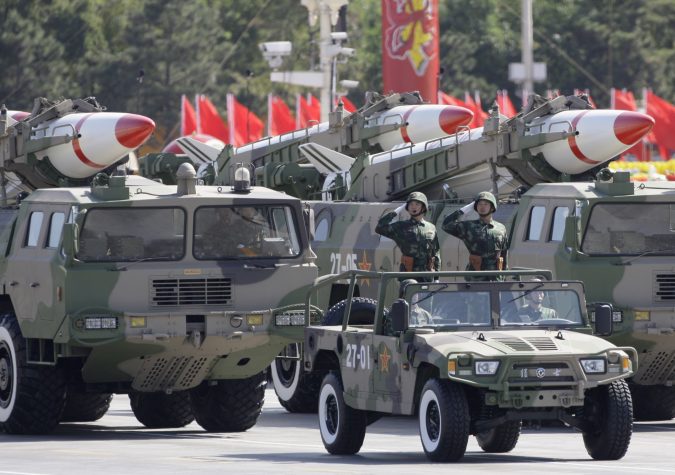 Russia is not just a country that is identified with St Petersburg Cathedral, bears or Vodka! It is a world power, and we all know that there is no world power falls short of a strong army that defends its borders. That is why Russia put a total sum of $84.5 billion as army budget, and there are prospects of increasing the budget three times in the upcoming years. Russia is marked by the world’s largest tank fleet with 15,500 tanks, and when it comes to aircraft fleet, it comes second to the US. Moreover, it has the third largest submarine fleet following the US and China.
When a military force has around 2 million soldiers, 350 ships and over 10 times that many aircraft, it is, then, deserves to be the ultimate runner-up on the last. Not to mention nearly 8,500 active nuclear warheads. 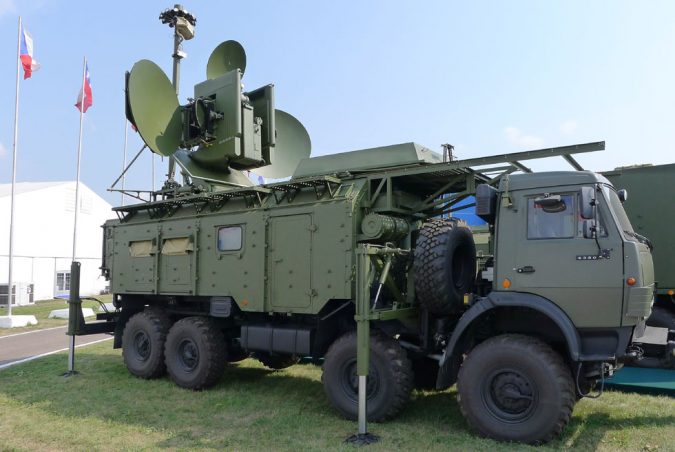 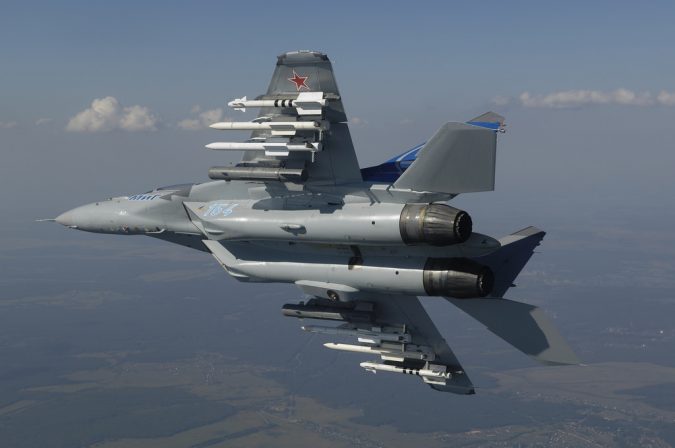 We bet you saw that one coming! Actually, the US always makes it to the top when it comes to any field including cinema production, military forces, economy etc. Hence, the United States is on the top of the largest military troops and arms industry. The United States is known for its long record of wars, including Iraq war, Afghan war, Japan war and the most famous war with Vietnam. The United States spends $612 billion of their budget on defense, which is more than the budgets of all the countries on the list combined, to keep their prominent status as the world’s most powerful military forces. In addition, it maintains a support of 1,400,00 troops and a further reserve force of 1,100,00. When it comes to the arms they the United States Army has 8,848 tanks, 41,062 vehicles, 1934 Self-propelled Guns, 1,299 Towed – Artillery and MLRSs reaching 1,331. Nonetheless, the air force, the United States’ speciality, has put the United States at the top unrivaled with 13,892 aircraft, 2,207 interceptors, 2,797 Fixed wings, 5,366 transport aircraft, 6196 helicopters and 920 attacks or gunship helicopters.

Nonetheless, the air force, the United States’ specialty, has put the United States at the top unrivaled with 13,892 aircraft, 2,207 interceptors, 2,797 Fixed wings, 5,366 transport aircraft, 6196 helicopters and 920 attacks or gunship helicopters. The naval troops, on the other hand, consist of 62 destroyers, 72 submarines, 13 defense crafts, ten frigates and 11 mine warfare arsenals. Not to mention that the U.S. reserves 7,500 nuclear warheads. 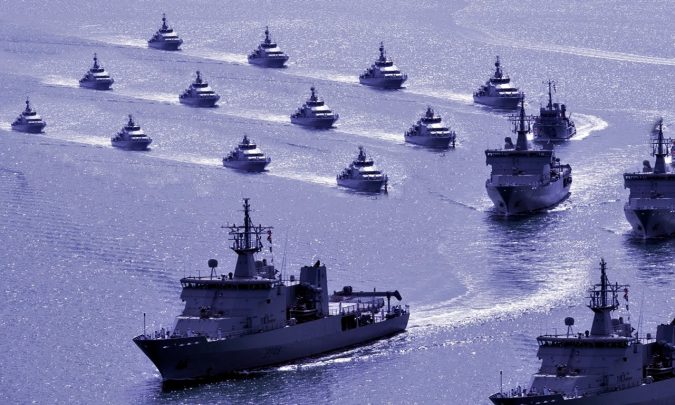 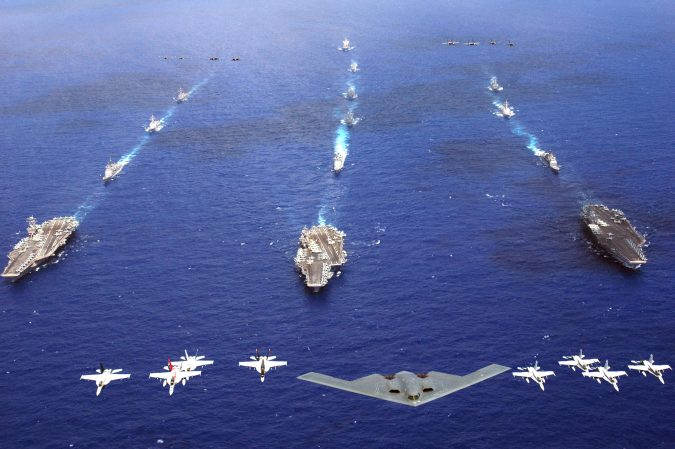 Although we firmly disdain wars, blood, hatred and violence, a nation should defend itself against any potential danger. However, we all constantly dream of a world without wars, disputes or conflicts where nations and peoples live peacefully and feel safe. Just imagine how the world will be like and how we will perform better as human beings rather than stubborn, hating citizens.