There is no doubt that CBD is becoming more popular amongst both medical experts and members of the public. This is majorly due to some of its health benefits which it has been discovered to provide for users over the years. Such is the primary reason why you will find various forms of cannabidiol in your favorite supplement store.  Having said this, it is important to note that the CBD industry is still in its infant stage. This has been evident in some areas with its methods of extraction being one of the most notable. There have been lots of innovations and ideas to improve the methods of cannabis oil extraction in recent times. This post will be focusing on 10 methods of cannabis oil extraction.

There are various forms of cannabis extraction which majorly rely on solvent like alcohol. In this method of extraction, the cannabis will be soaked in ethanol after which the plant will then get removed. After the liquid has been filtered, the alcohol will be removed through evaporation. There is a challenge with this extraction method, though; it is the fact that the alcohol may likely get mixed with water. This can get water-soluble molecules dissolved. This method is usually carried out at atmospheric pressure. It is important that the temperature is controlled during evaporation. 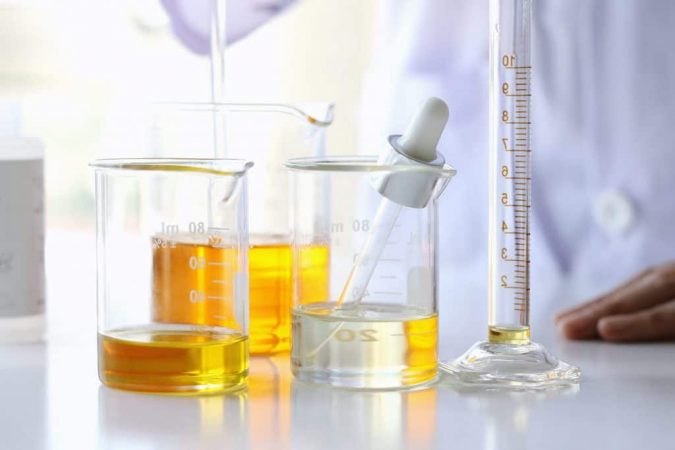 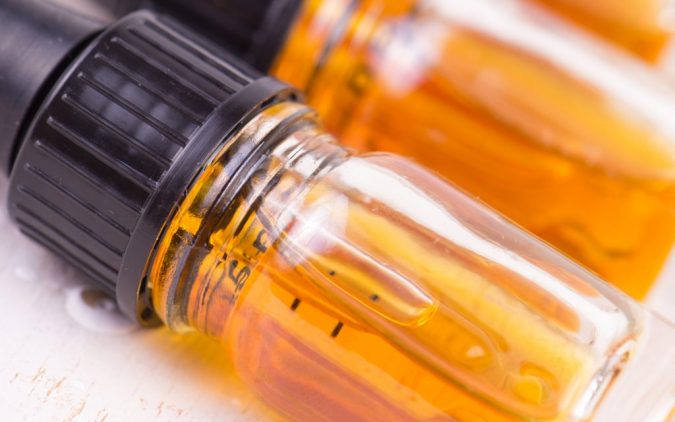 This is another form of cannabis oil extraction method which is very effective. It doesn’t make use of alcohol like the one mentioned above. However, it ensures that the components of cannabis are removed from the plant through carbon dioxide. In this method, the CO2 becomes supercritical through heat and high pressure, meaning it becomes like gas and liquid simultaneously. This method is more popular than the first one explained above. The reason is that fewer materials are lost during extraction, thereby ensuring that more yields are produced. 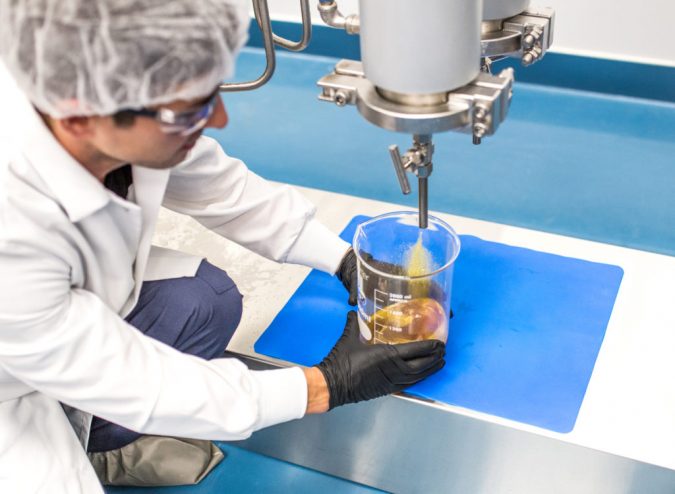 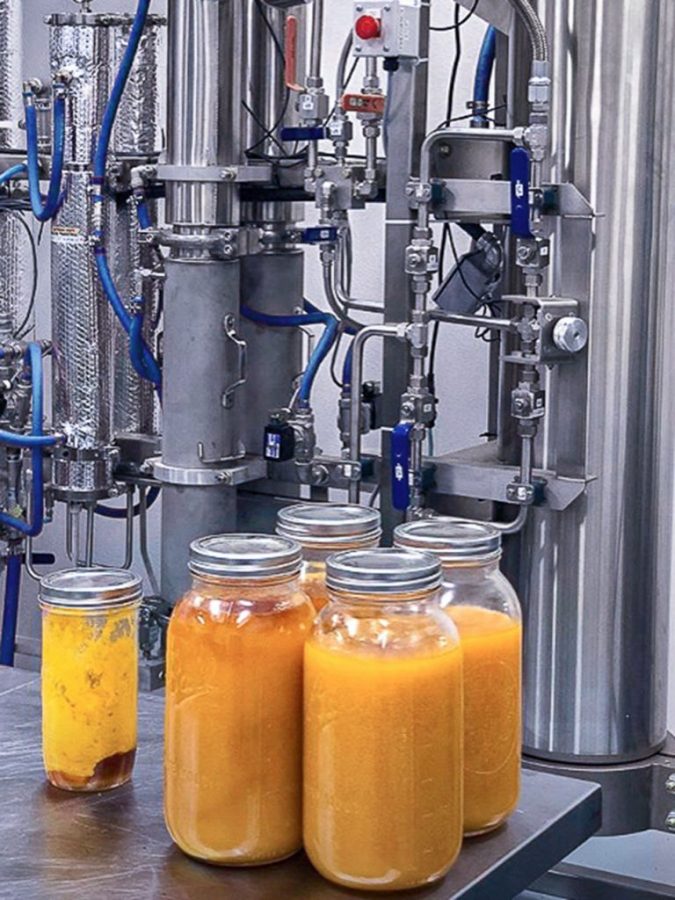 Butane becomes the extraction solvent in this method. After the process is completed, butane hash oil will be created. In this method, liquid butane and cannabis are combined in a system that is heated and pressurized. Once evaporation is used under a vacuum, the butane solvent will then be removed. Through the vacuum, the butane will then become vapor and can be removed easily. Shatter is what this form of material is usually known as. It is a material which contains chemical components like terpenes, THC, CBD, and others. The major challenge with this method is that it has to be carefully managed in order to avoid an explosion. The reason is that butane burns easily. 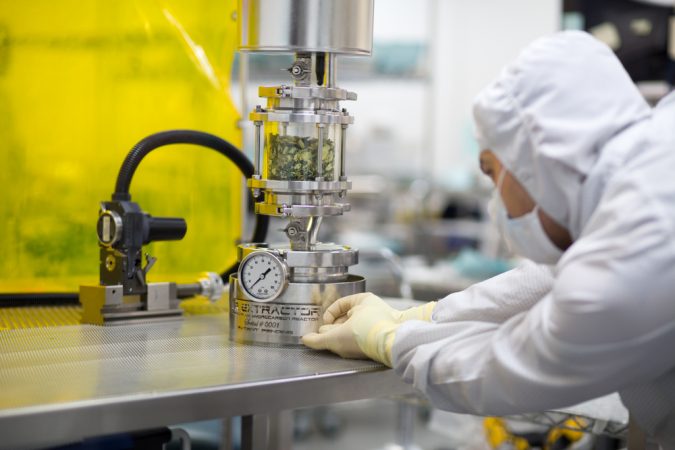 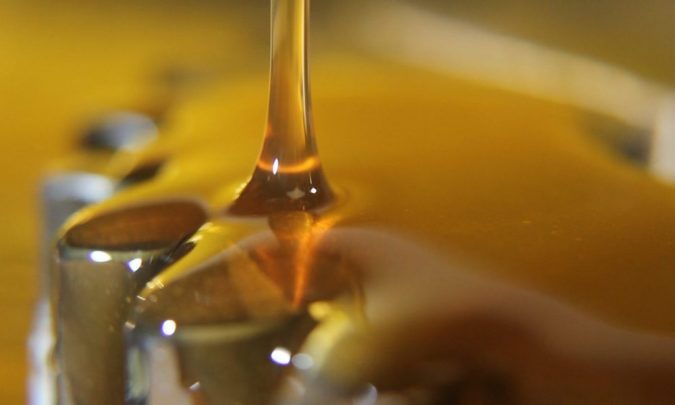 There are basic techniques which can be used in the extraction of cannabis plant’s components. For instance, through grinding and sieving, it becomes possible for keif to be separated from buds of cannabis. These are crystalline formations which form trichomes which can be found in cannabis as well as other plants. Keif can look like powder or pollen when separated. This can be added to cannabis preparations, thereby making it become more potent. Also, it can be used alone. 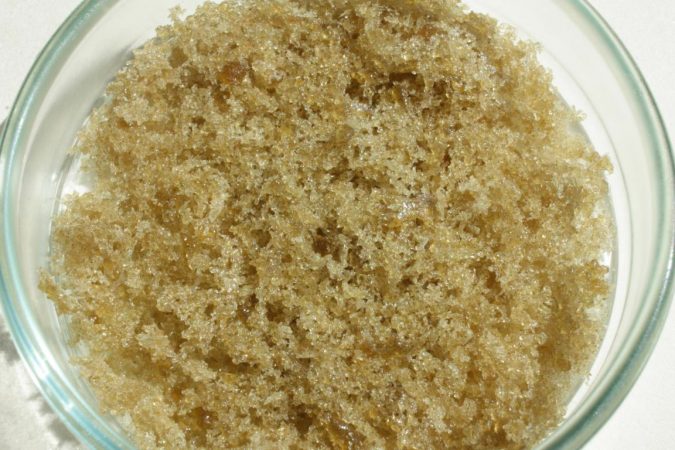 Dimethyl ether is a new method of evaporation amongst others. As compared to butane above, the extraction capacity for Dimethyl ether is stronger. Wax which has been blown through the use of Dimethlyl ether is referred to as DHO. The processing of DHO takes place in a neutral (ecological) way. It has been included in various food as well as pharmaceutical products over the years.  It seems to be much better, given that the yield being provided is higher, and it is less risky. Its rate of evaporation is faster, though. The differences existing between both can be traced to the presence of Oxygen molecule in Dimethyl ether. 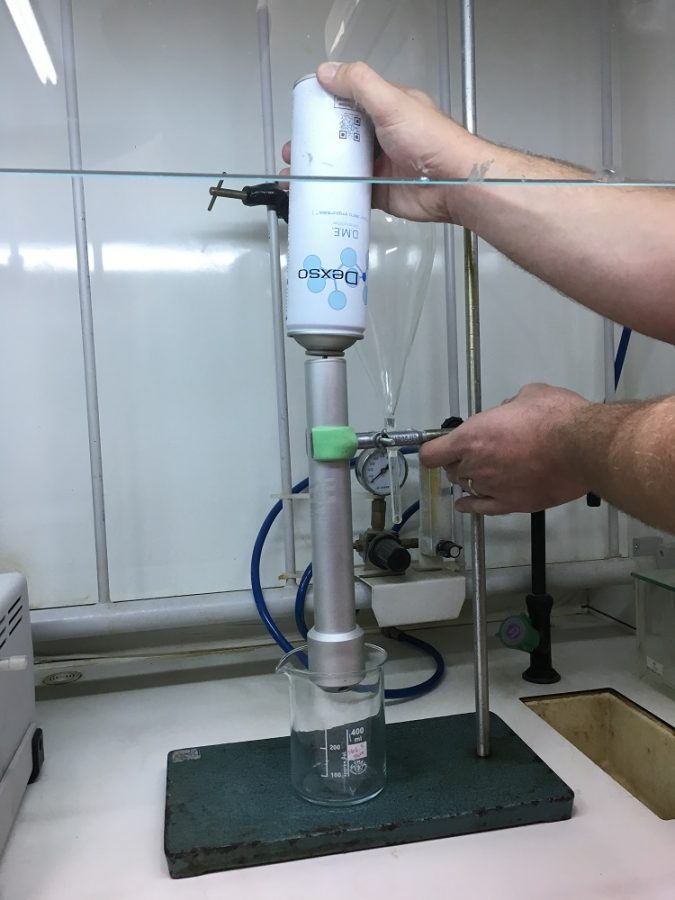 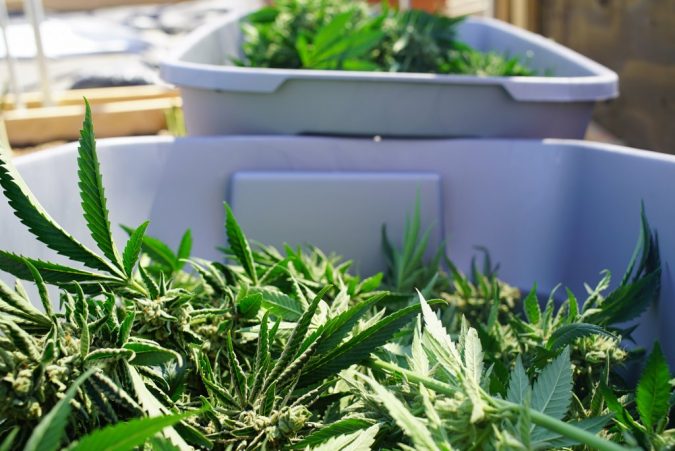 This extraction method doesn’t actually have to do with a solvent. As a matter of fact, the end product which will be gotten after the extraction is going to look like other extracts since rosin is a concentrate. What is used instead of the solvent is heat and pressure. As compared to the other methods mentioned above, which involve solvent extraction, this method is less complicated. This is why it is used by homeowners. 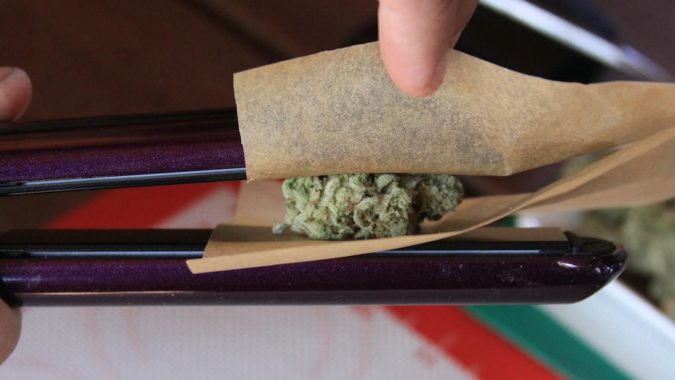 It involves the use of vegetable oil in producing CBD oil. In order to extract the resin, the fats and oil from natural plants will be useful. One of the benefits of this form of CBD extraction method is that it doesn’t involve any harmful chemicals. Some of the carriers that can be used are sesame oil, olive oil, hemp seed oil or others. Although oil-based extractions that can be used in homes are safe, it is important that they are properly stored. 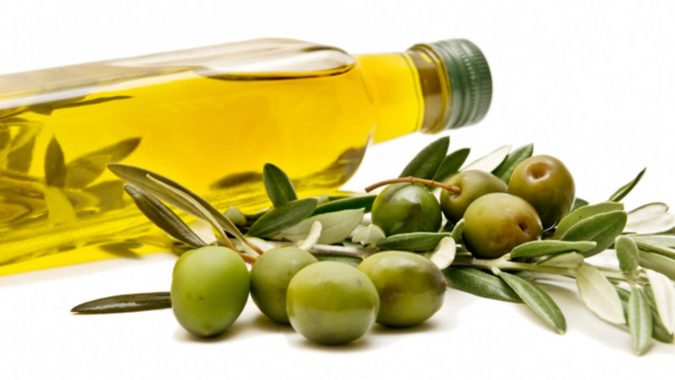 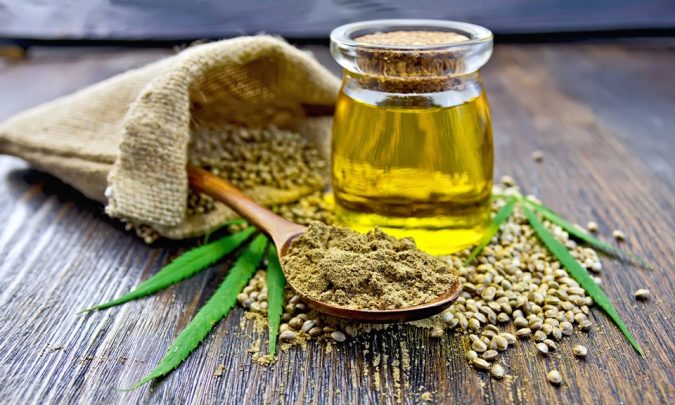 The use of a chemical solvent in the extraction of CBD is quite cheap. The process isn’t only simple but also less expensive as sophisticated equipment isn’t required. The only drawback is that solvents can be highly flammable. Also, it contains some harmful substances thereby it is not suitable medically. Finally, removing solvent residues isn’t easy. 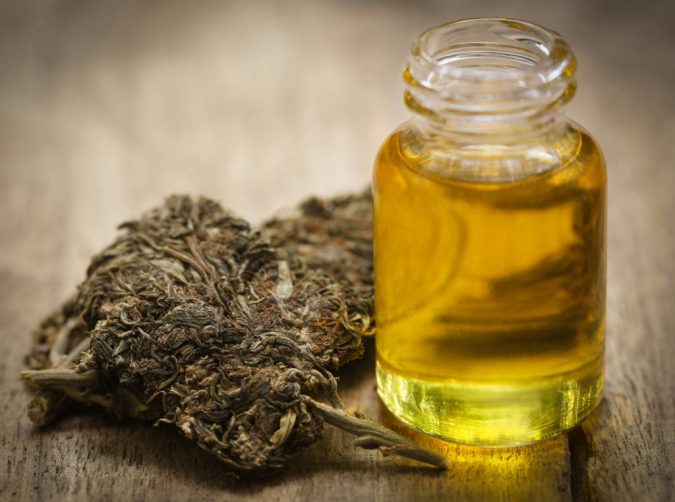 Propane is one of the lower forms of hydrocarbons, which are a combination of both carbon and hydrogen. Most of the time, they are being produced by petrochemical industries. Also, they are components of gasoline, diesel fuel, and natural gas. Propane is very effective when it comes to cannabis oil extraction even though it can be highly inflammable like butane explained above. As a result of low heat evaporation of hydrocarbons, the solvent can be easily removed. 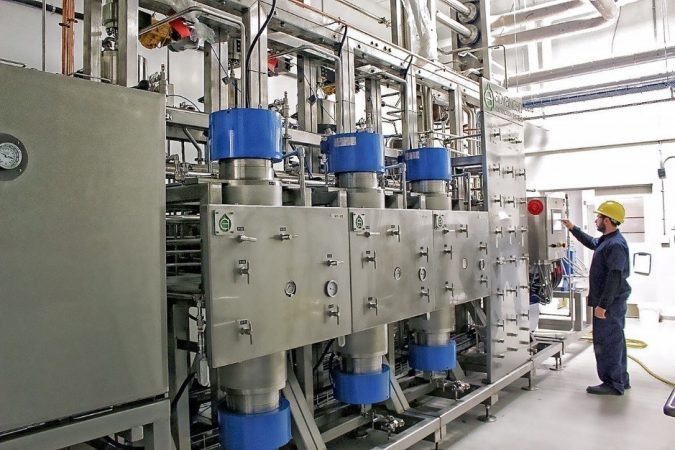 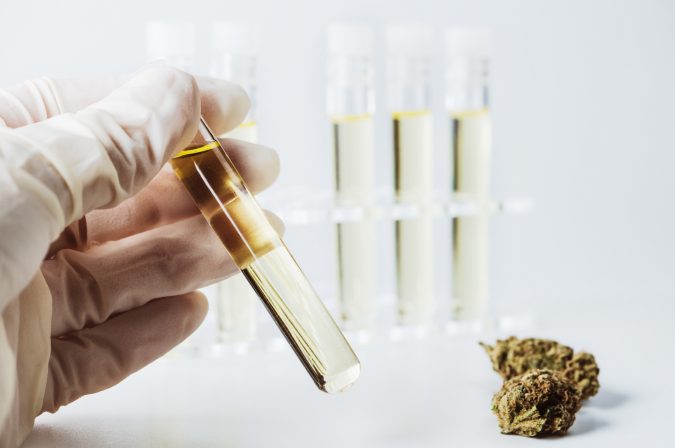 This is a method which the Indians, Arabs, and Asians have been using for centuries to extract cannabis oil. Hashish can be made by ensuring that resinous trichomes and the plant material are separated. In this method, kief will be heated lightly while pressuring it. It is also possible for solvents to be used in the making of hash. These could be ethanol, butane, propane, or water. 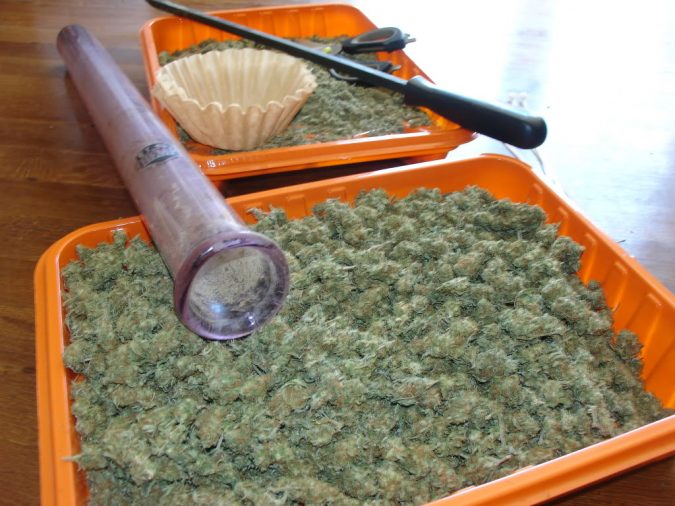 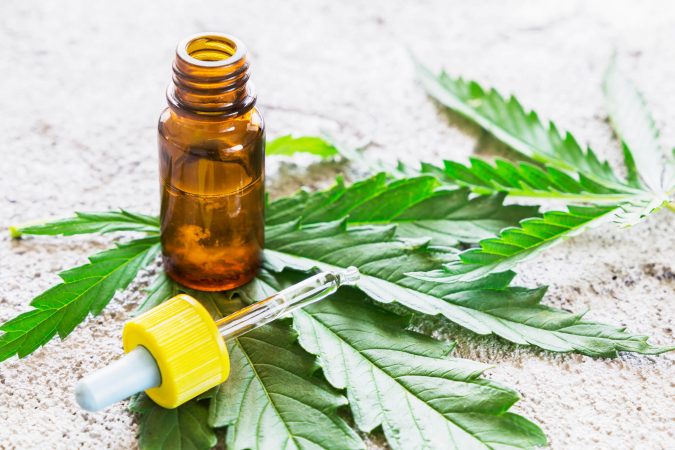