William Shakespeare was an English poet and playwright, he is deemed to be the greatest writer in the English literature. He is called England’s national poet, having 38 plays, 154 sonnets, two long narrative poems, etc. His works have been translated into many languages are performed more than once. If you are interested in the Shakespearean works, you are at the suitable spot. This article provides you with the top 10 most famous works of Shakespeare.

10 Othello, The Moor of Venice:

Being one of the most popular Shakespeare’s work, this tragedy is written in approximately 1603. The work deals with four fundamental characters: Othello, Desdemona, Cassio and Iago. The play came into light in seven editions. It suits every era, as it revolves around principal ideas as love, jealousy and betrayal, thus, it remains applicable to the present. It has been performed in many theatres and has also experienced many adaptations. 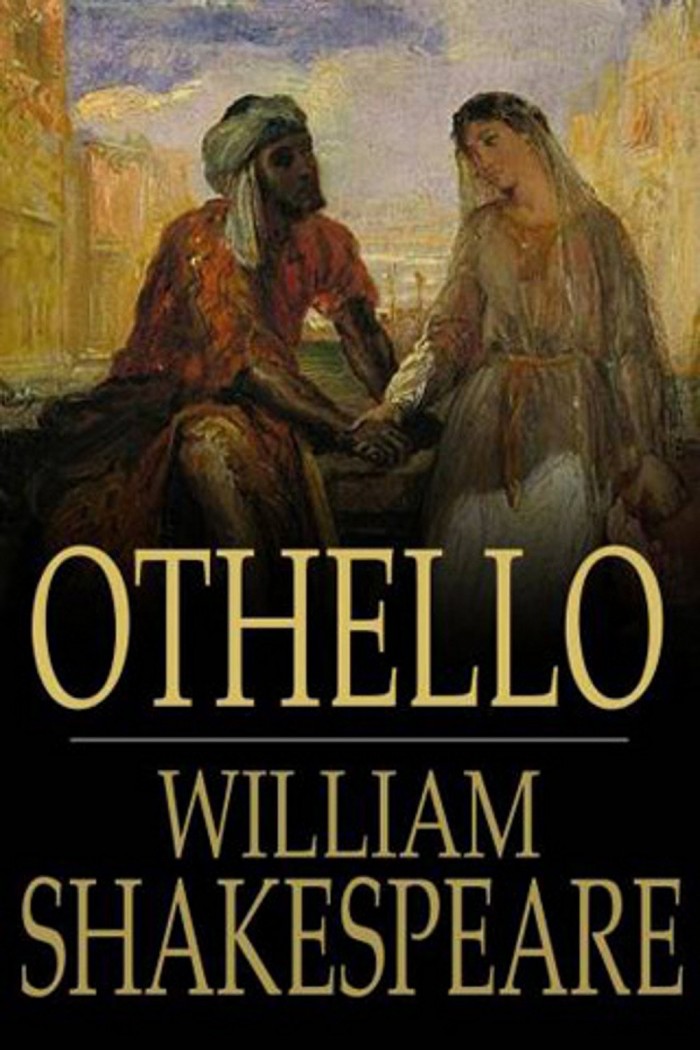 This masterpiece is written in 1599. It depicts the conspiracy opposing to the Roman dictator Julius Caesar, his assassination and its consequences. It is one of historical Roman plays based on true events, which also includes “Coriolanus” and “Anthony and Cleopatra.” Caesar is not the fundamental character of the play; as he appears in just three scenes and is murdered at the third act. Instead, the protagonist of the play is Marcus Brutus and the vital psychological drama is the struggle between the differing demands of honor, patriotism and amity. This tragedy mirrored the common anxiety of England over sequence of leadership. When the play is first performed, Queen Elizabeth refused to nominate a successor, lest worries of a civil war like to that of Rome shall emerge after her fatality. 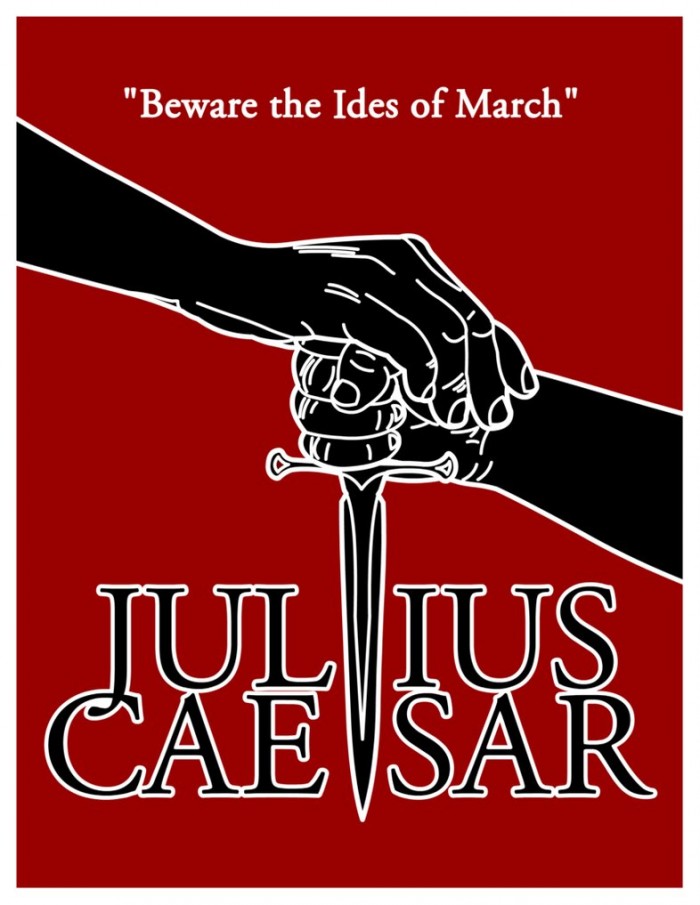 Macbeth is an amazing Shakespeare’s play, written between 1603 and 1606. It is regularly performed and has been adapted for opera, movie, theater and screen. The play deals with the themes of the over-ambition, betrayal, power, etc. Shakespeare managed to highlight these themes through techniques of soliloquy, monologue and through using supernaturalism, which renders the play into a different sort of work. 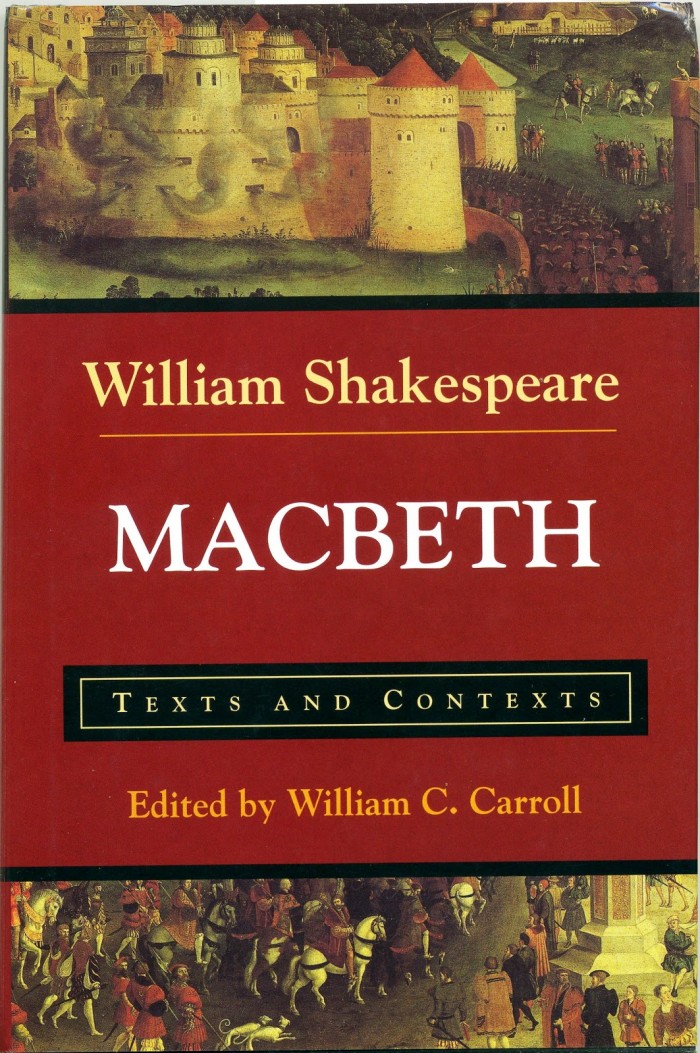 It is another work, based on historical events of the life of King Henry V of England and highlights the events right away prior and after the Battle of Agincourt during the Hundred Year’s war. The central character in “Henry IV” plays as an untamed, unmanageable lad known as “Prince Hal.” In this brilliant literary work, the young prince has turned out to be an adult man and attempted to invade France. 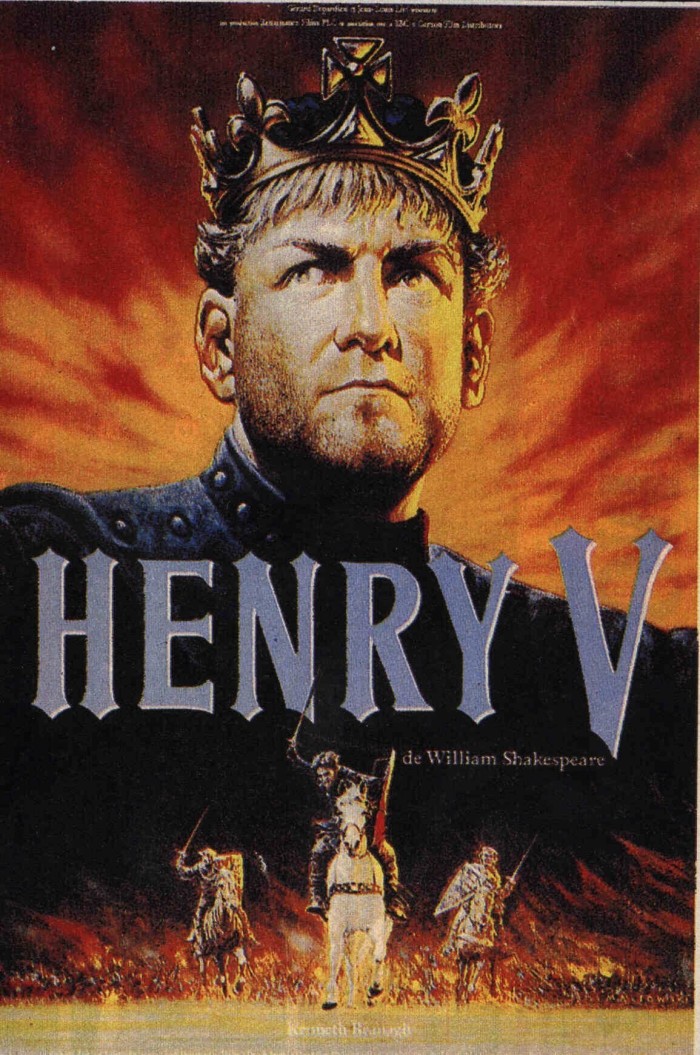 Sonnet 18 is so popular, being one of the most wonderfully written poems in the English literature. The sonnet’s continued existence caused by Shakespeare’s ability to capture the spirit of love. It is now usually accepted that the theme of the poem is male. Yet in 1640, a publisher named John Benson issued an extremely inexact edition of Shakespeare’s sonnets with some adaptation for young man, replacing “he” with “she”. It is an éclat. 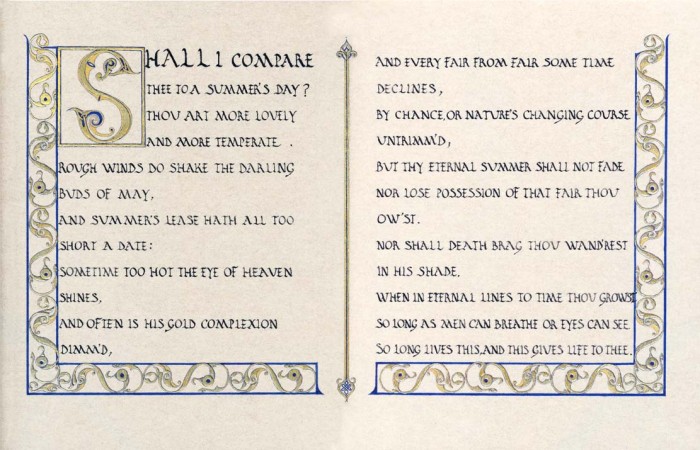 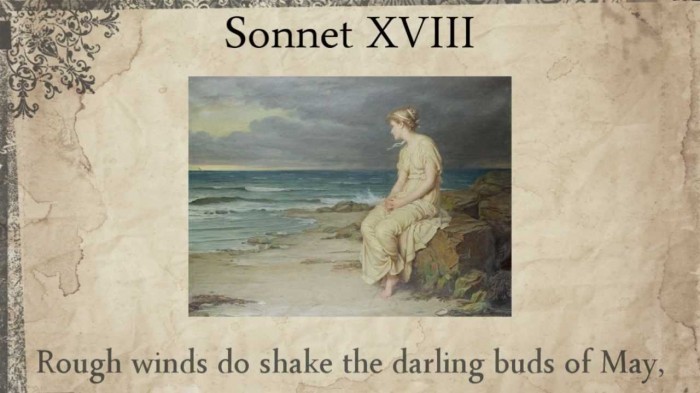 This play is written between 1599 and 1601, taking place in Denmark and tells the story of how Prince Hamlet revenged on his uncle Claudius, who murdered the King, The play colorfully explores concepts of betrayal, revenge, and moral corruption. “Hamlet” is Shakespeare’s longest play and one of the most influential tragedies in the English language. Throughout his lifetime, the play was one of Shakespeare’s most well-liked. It has inspired writers and has been depicted as “the world’s most filmed story after ‘Cinderella.’ 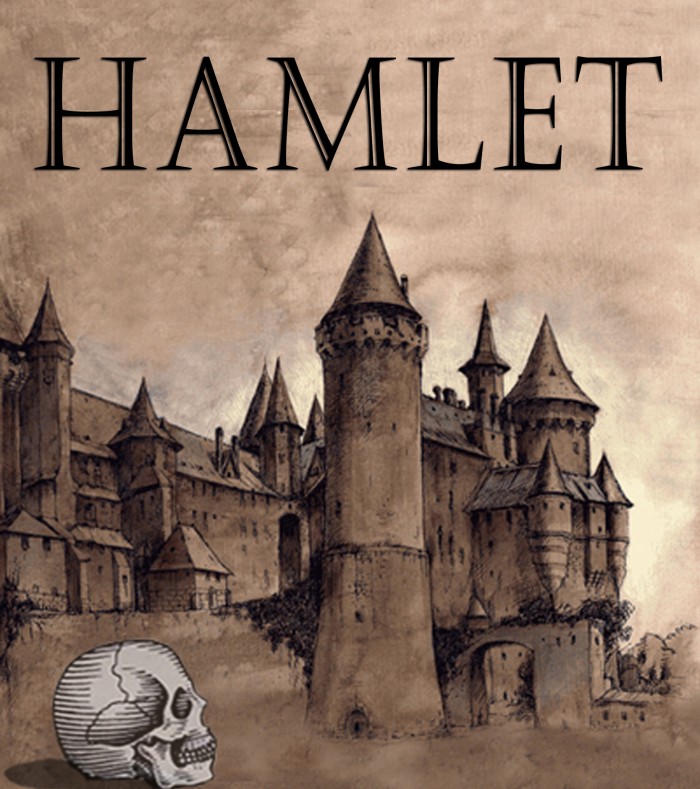 Shakespeare’s Sonnet 73 is called to be one of his most beautiful sonnets. The narrator in the poem refers that his lover will love him more, even if he gets older, but the love will get stronger, because his bodily ageing will strike a chord to him that he will take his last breath soon. The main themes of the sonnet is ageing, enduring love and approaching death exciting stronger love. 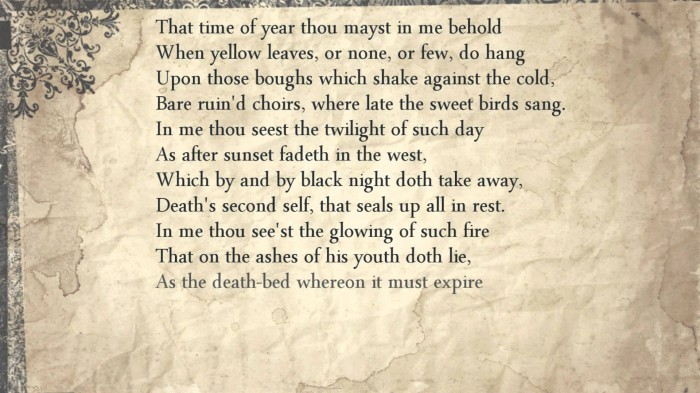 3 Twelfth Night or What You Will:

This play took its name from the Twelfth Night holiday of the Christmas season. It was written in 1601. In the vein of many of Shakespeare’s comedies, this one focuses on misguided identity. Orsino loves the bereaved Lady Olivia, whose brother has lately died and makes a decision to use “Cesario” as a mediator. Olivia believes that Viola is a man, she falls in love with this attractive messenger. Viola, in turn, has loved the Duke, who believes Viola to be a man and treats her as his close friend. 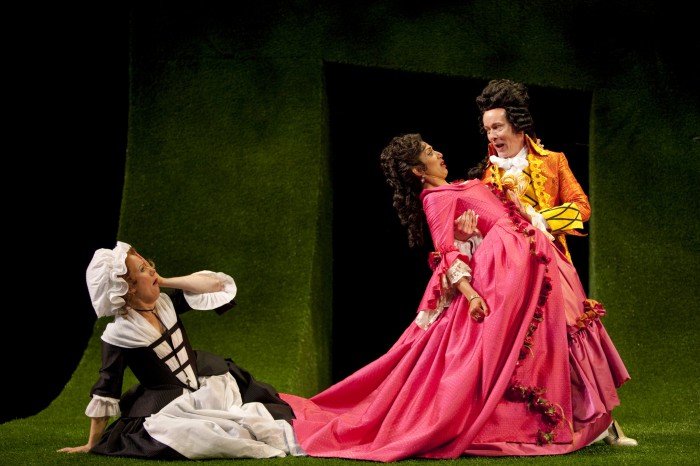 Shakespeare’s Sonnet 1 is the first of his 17 poems related to the fair youth sharing his gorgeous genes with the world. It is almost certainly one of the superior poems of the 17 and, there is theory that it was not the first to be written. Instead, it was selected as the first sonnet. Shakespeare refers in this poem to if the fair youth does not have children then it would be very self-centered; he would be meanly sign his attractiveness. 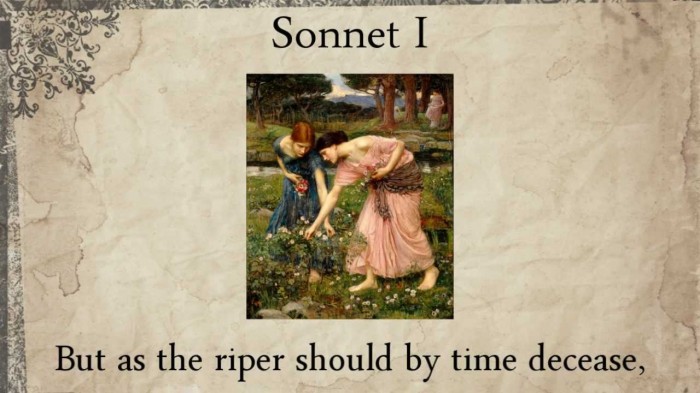 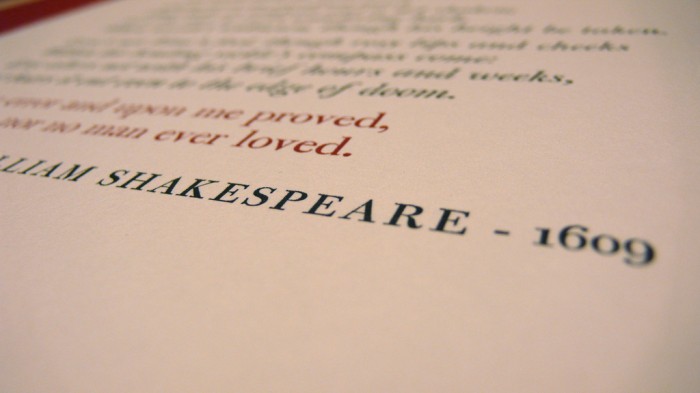 1 The Taming of the Shrew:

This comedy is written between 1590 and 1594. It begins with an induction in which a drunkard is tricked and convinced to be a nobleman who then watches the real “play”, which portrays a nobleman, Petruchio, that marries an intelligent and bad-tempered shrew called Katherine. Petruchio tames her till she is respectful. The main subplot marks the courting of Katherine’s more unadventurous sister Bianca by plentiful suitors. The topic has become the theme of substantial controversy. The comedy has been adapted into opera, theater and screen. 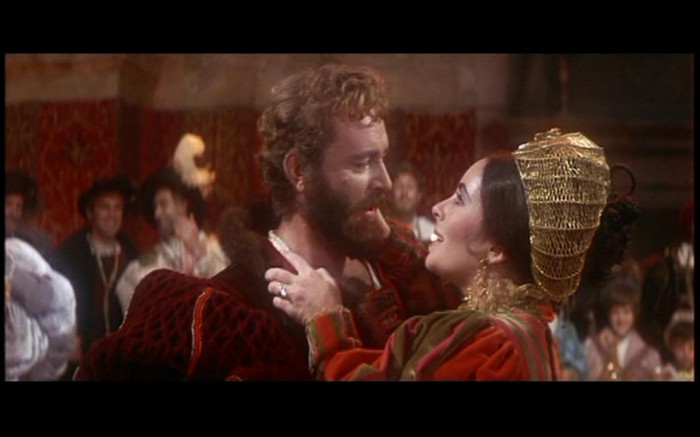 Undoubtedly, Shakespeare is of high quality, and these works are his most famous ones. Do you find your favorite literary work in this previous list?