On one hand everybody seeks peace, on a personal level, a societal level and more importantly on a global one. Actually these three levels lead to one another. If a person enjoys inner peace he will certainly manage healthy relationships with his family members and the society, and more likely the country as a whole will enjoy internal peace. On the other hand we all agree that sometimes war is inevitable. This is the reason behind the perpetual fierce arms race taking place among the world’s countries. These countries are placing themselves in a dominating position to guarantee the upper hand in negotiations and peace talks. Moreover being on alert for any upcoming war is a paramount long term goal for financing arms. In this article a list of top ten deadliest weapons used in wars will be tackled.

It is manufactured in Germany and based on DSR-1 with upgrades and modifications for a more powerful firing. The DSR 50 is bolt-action and chambered in .50 BMG (12.7×99mm NATO). It ensures a quick reload time with an adjustable trigger and a 31.5in barrel. All these specifications give an amazing experience to a sniper and a professional closure to his opponent’s existence. 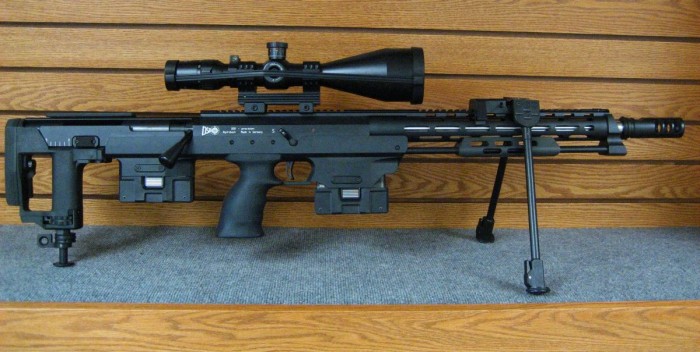 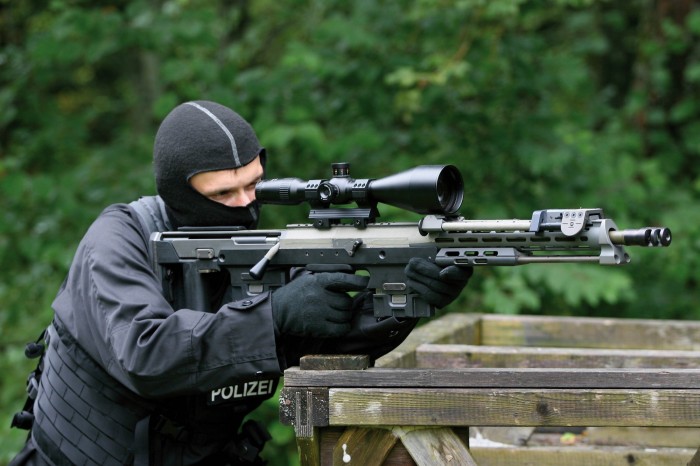 AK-47 first designed in Russia during World War II (1945) by Mikhail Kalashnikov while in hospital after he was injured in Battle of Bryansk. In 1949, the Soviet Armed Forces officially adopted the AK-47, also known as Kalashnikov. Up until today the Kalashnikov and its variants is still produced and used widely. The weapon’s durability and low cost production and maintenance are main reasons for its success throughout the last six decades. 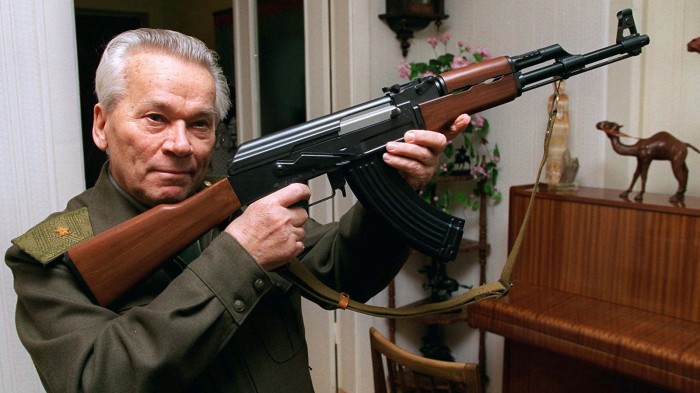 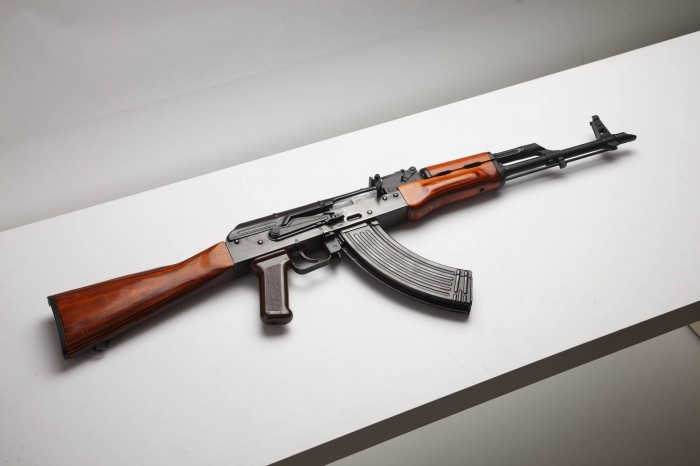 The Uzi was developed in the late 1940s by Uziel Gal a German born Israeli Weapon designer. In 1951, it was officially accepted by Israel Defense Forces and was called Uzi after its designer although he didn’t want that. It is an open-bolt blowback submachine gun that can fire 600 rounds per minute. Until 2001 the Uzi total sales reaches over $2 billion (US). It was used in the armed forces and the police by over 90 countries. 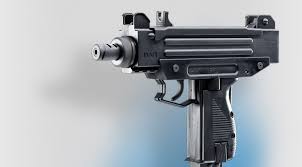 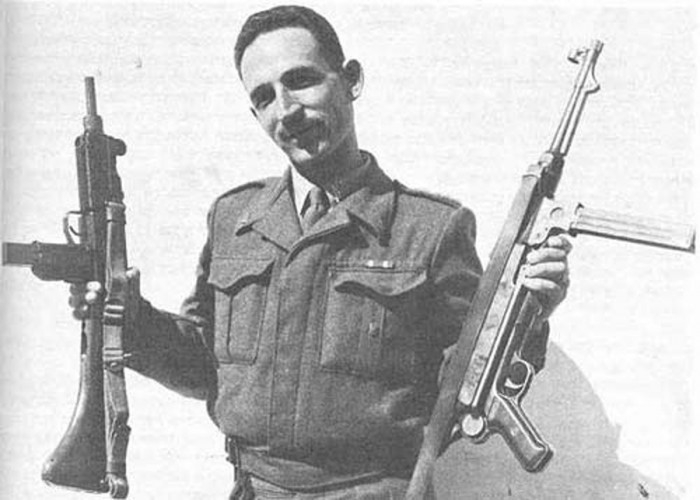 The Barrett M82 is designed by the American Barrett Firearms Manufacturing company in 1989. It is a semi-automatic rifle chambered in .50 BMG (12.7×99mm NATO) and this is why it is also known as “Light Fifty”. Its mobility guarantees that it can be used at a helicopter too. It is used by many corps and armies around the world until today. 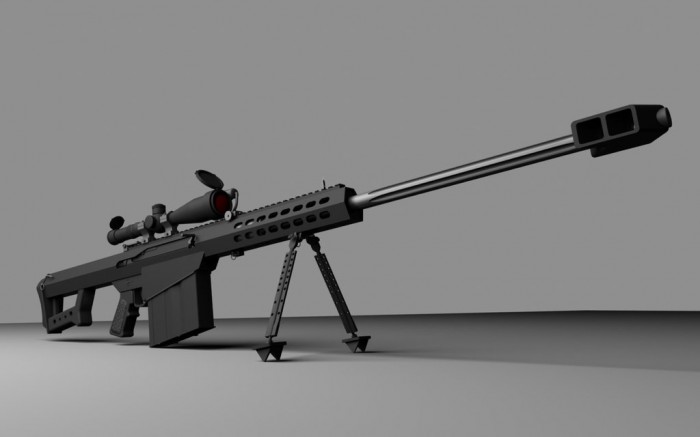 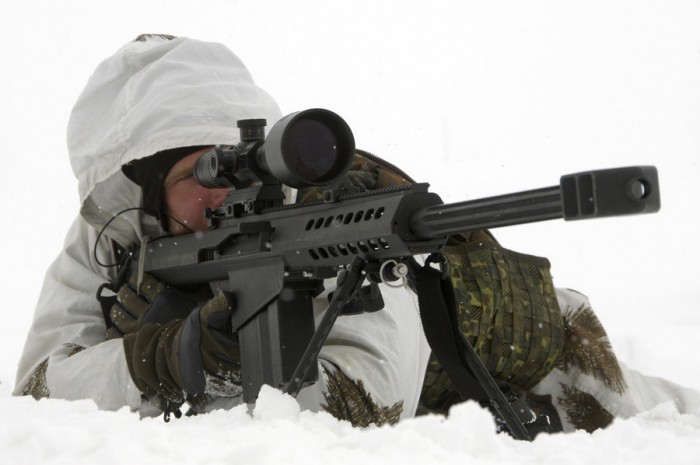 MG3 is the first after war variant of MG42. In 1959, MG3 was launched in Western Germany by Rheinmetall arms factory. A NATO gun chambered for the 7.62×51mm NATO cartridge that is used since its production until today by more than 30 countries around the world. 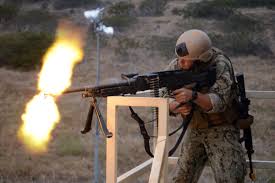 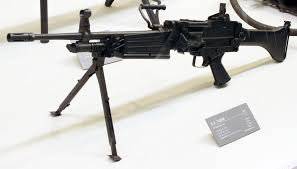 The Magpul FMG-9 is a foldable machine gun developed by Magpul Industries in 2008. What distinguishes this gun is the fact that it can folded as an external laptop battery, a small package or to be carried in a pocket as it is small enough to fit in. It was developed for personal protection but by 2014 Magpul production was stopped due to lack of demand. 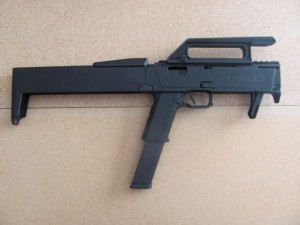 HK M320 Grenade Launcher is a replacement for M203; but it is safer than M203 more reliable and accurate. It is single-shot 40 mm grenade launcher, designed in Germany by Heckler & Koch. It can be used by itself as a grenade launcher and it can be attached onto M4 Carbine or M16 assault rifle to add to its power. 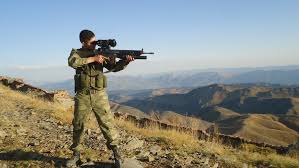 XM25 is an air burst grenade launcher that was first used in the War in Afghanistan in 2010. It fires 25 mm grenades that are designed to explode in the middle of the air near or at the target perhaps this is why it is also known as the “Punisher” and “Individual Semiautomatic Air Burst System”. 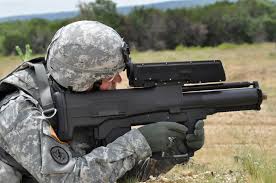 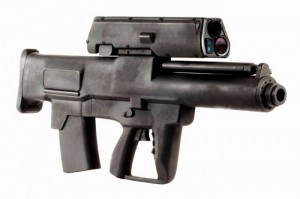 It is not only a 40 mm grenade launcher but also it can be bended up to 60 degrees with 150 meters target range. It is Another Israeli contribution to the arms industry that was designed in 2003 and is widely used by US security forces until today.

The F2000 was first released in March 2001 at the IDEX defense exhibition held in Abu Dhabi, in the United Arab Emirates. It is designed by FN Herstal in Belgium. It is a 5.56×45mm NATO bull pup assault rifle that also can be used as a grenade launcher. 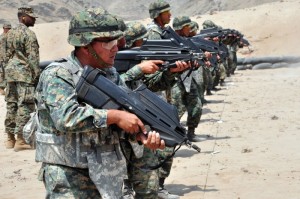 After all we all wish peace to prevail. Although each country has to defend her nation in worst case scenario of war break out and to deter any attack.

Top 10 Most Famous Bridges Around The World 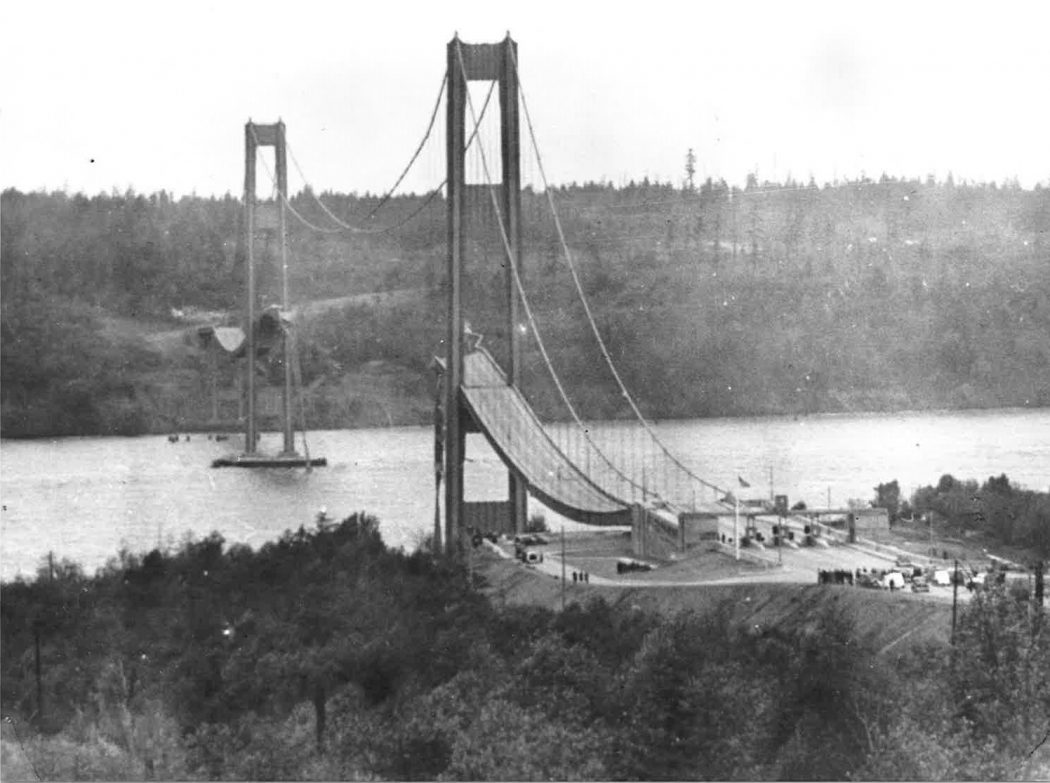 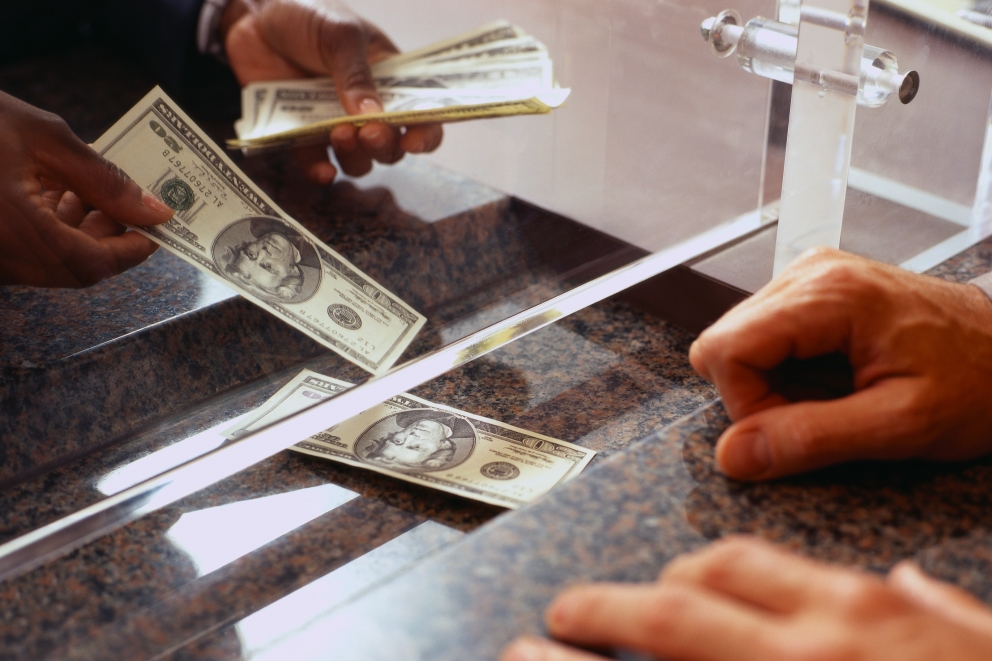 Don’t Fall into the Trap: 4 Reasons to Update Your Core Banking Software 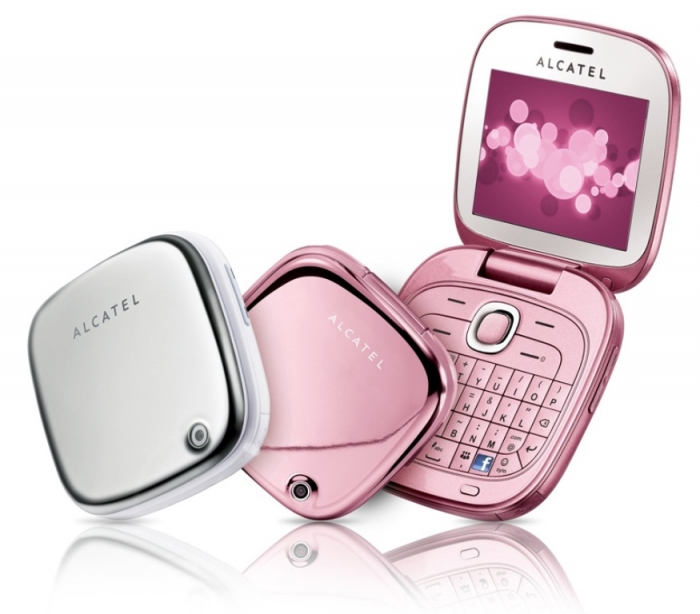 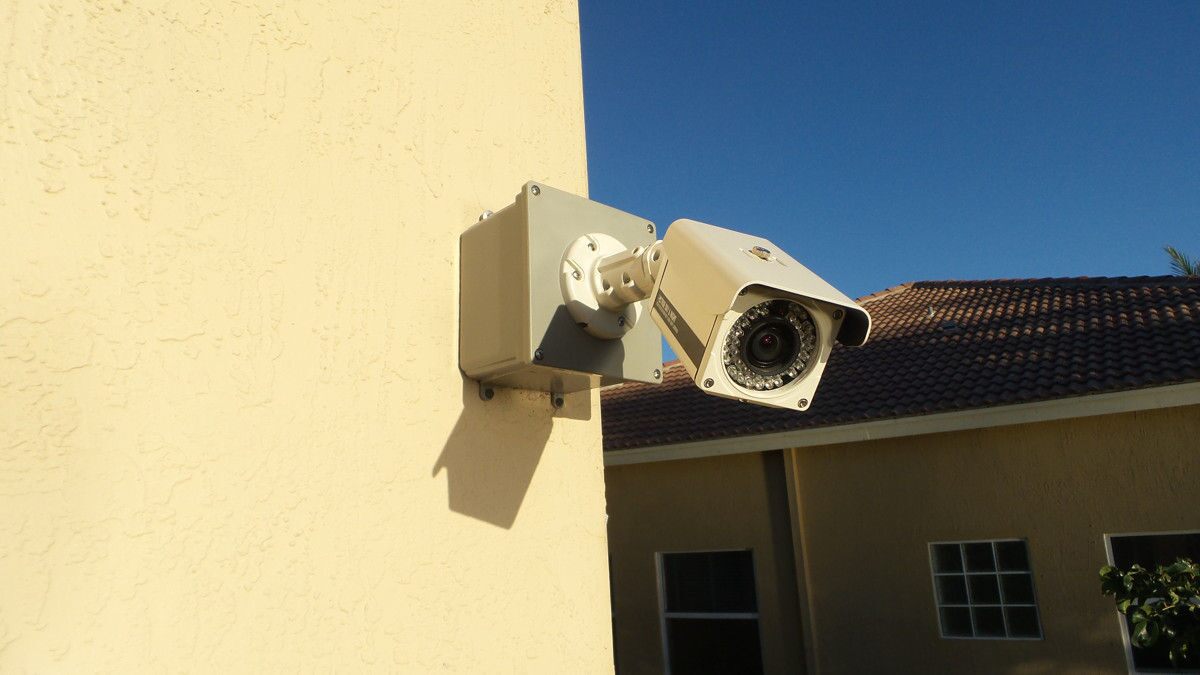 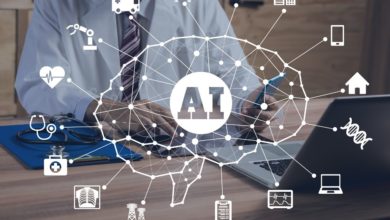 Top 10 Schools for Artificial Intelligence in the USA