In all probability, you have already heard about that science, but maybe you did not know that this is how it is called Forensic Science. This science is actually the application of scientific techniques that highly aid in investigations. Yes, it is exactly the one you used to see in TV shows that are based on crimes like CSI, Law and Order, Medical Detectives, and so on, but what is not known to everyone is that those portrayals of that science are imprecise because, actually, most of the investigators’ of the crime scenes job has more to do with administrations and official procedures that it has with shoot-outs and gun battles.

However, that does not change the fact that forensic science is really cool and interesting, but it only changes some people’s beliefs that they know a lot about this science. We are really sorry, but, no, you don’t. Because forensic science of the real-life is fairly different from the one being presented on TV, but it can still be the perfect job for those who love learning about fascinating sciences and those who want the honor of working for the FBI or the CIA, helping to solve the crimes and love the thrilling life of this job. Well, since we have always been introduced to a false representation of the forensic science, there are definitely a lot of things about this science that we have no idea about and that is why in this article we are going to introduce you top 10 of the top and most interesting facts about that fascinating science that will make you feel like you want to start an investigating career right away, check them out. 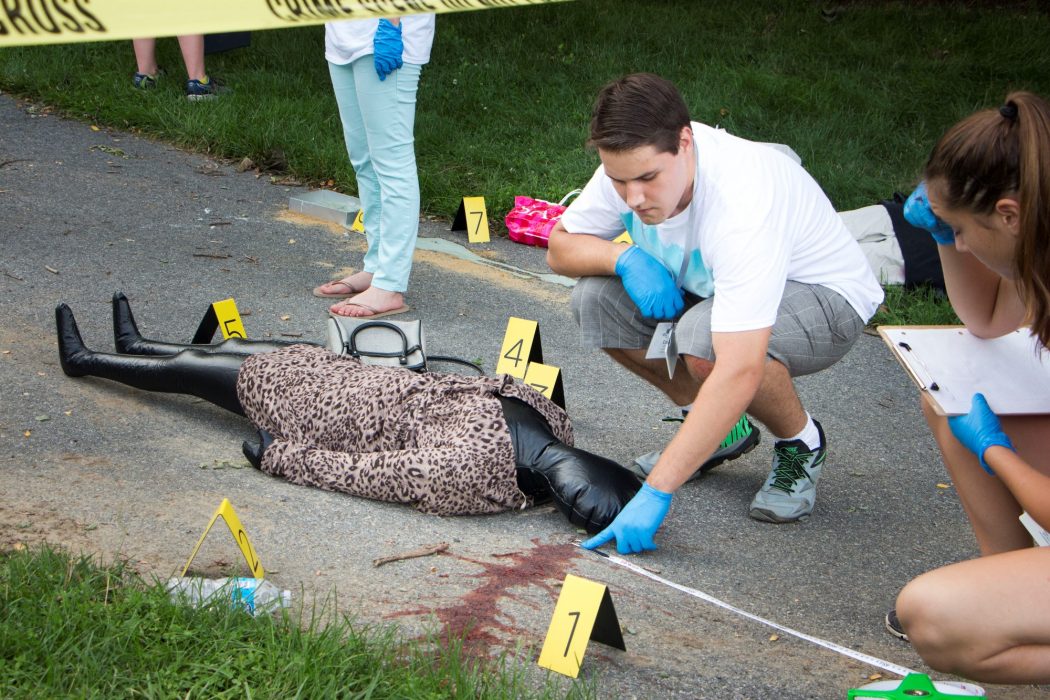 10 Entomologist Play a Great Role
It is true that we have never heard about the great assistance of insects when it comes to investigating a crime scene, right? Well, it is the time that you know this fact, but you are probably wondering how this is even possible, are not you? Okay, first of all, flies and bugs are usually attracted to the strong scent of blood, so murderers can actually be recognized when there are a great number of insects hovering somewhere. That is exactly when the significant role of the entomologists comes into play; entomologists are scientists who study the insects’ behavior, habits, and whole life cycle, so when there is a crime taking place and there are insects swamped to the scene, they start examining those insects by evaluating the exact stage of life that the insects are at, consequently, they can get an approximation of the time when the victim was killed. Yes, insects turned out to be more significant than we have ever thought. 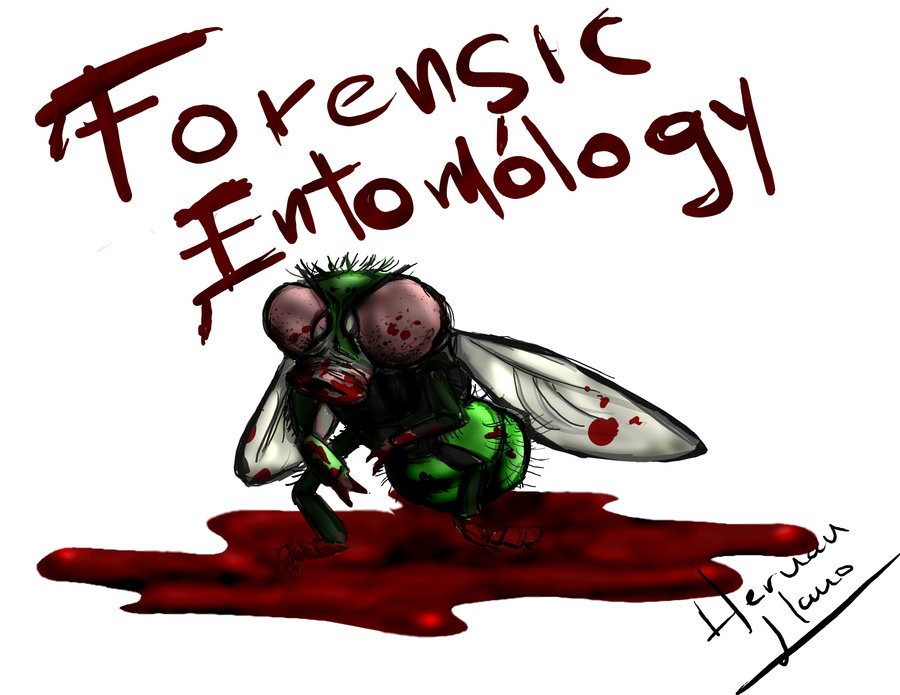 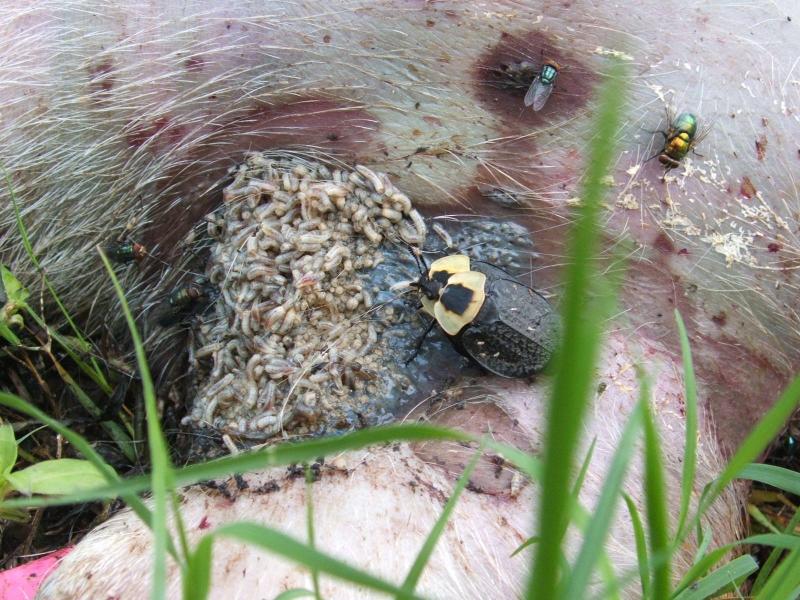 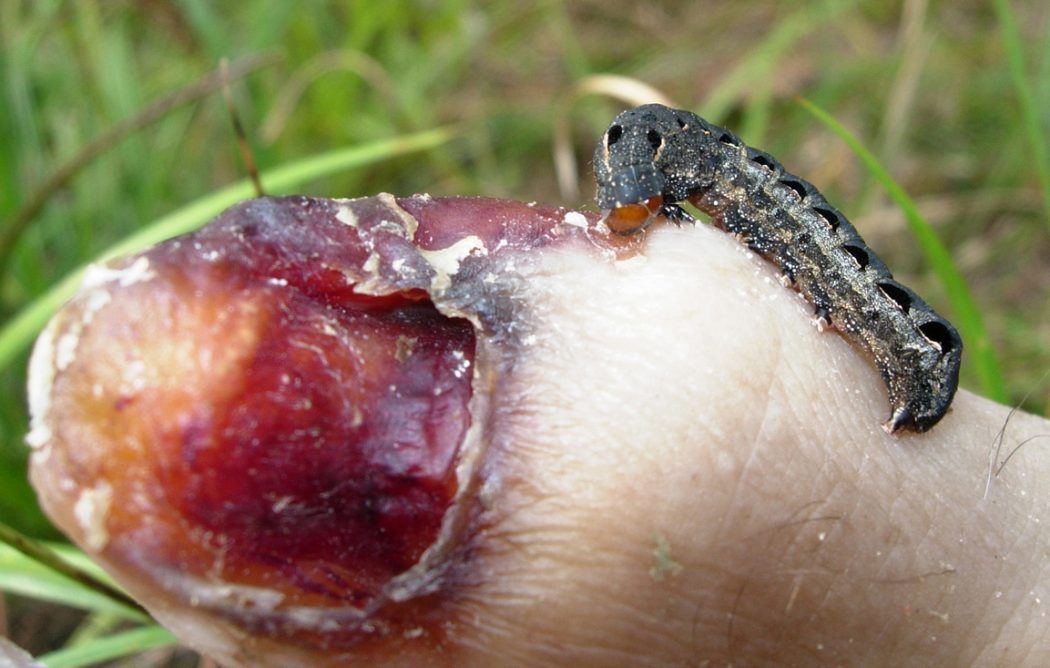 9 The Power of Luminol
Luminol is a powder that is prepared by using several gasses including oxygen, hydrogen nitrogen, and carbon. This powder radiates in a bright blue color as soon as it runs across the hemoglobin in blood, allowing it to spot the littlest amount of blood, but, this glow only lasts for a few seconds as long as only 30 seconds, so the long-exposure photography is used to help in sharply capturing the immobile elements, however; the elements that are in motion will appear blurry and smeary. 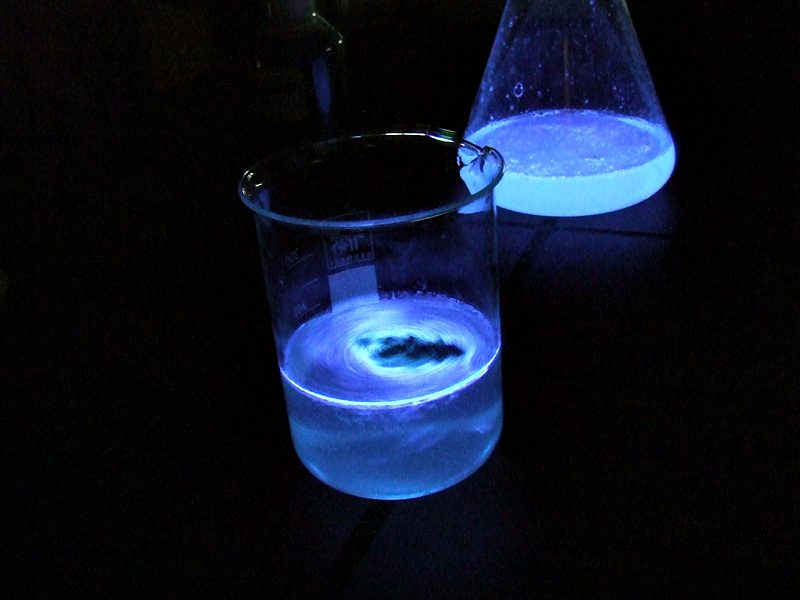 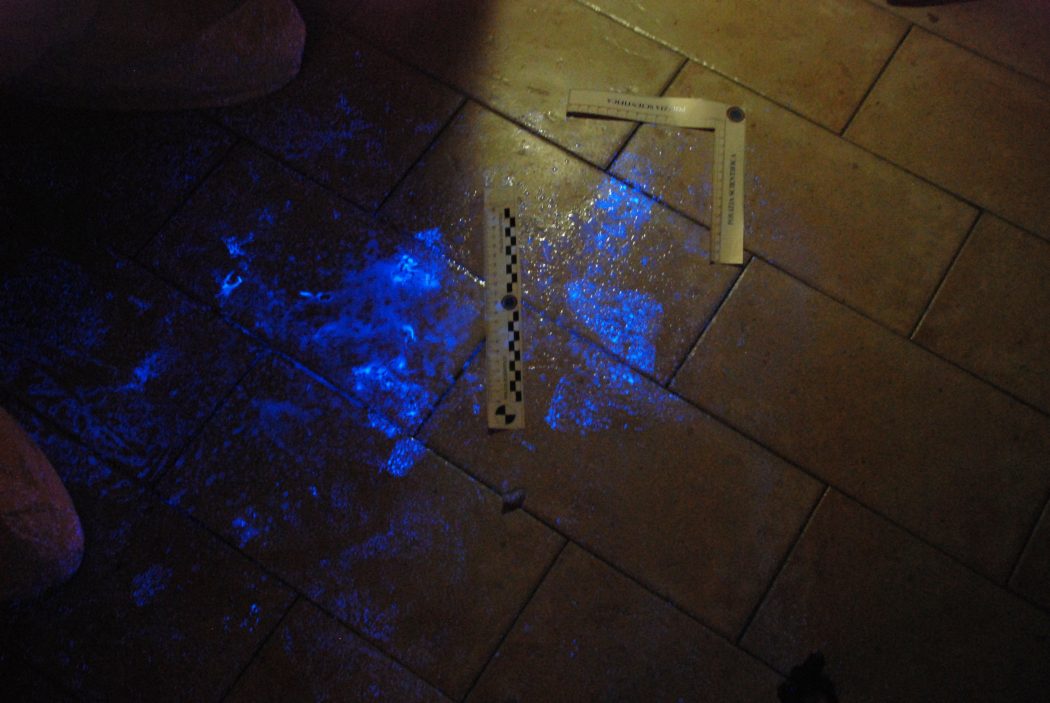 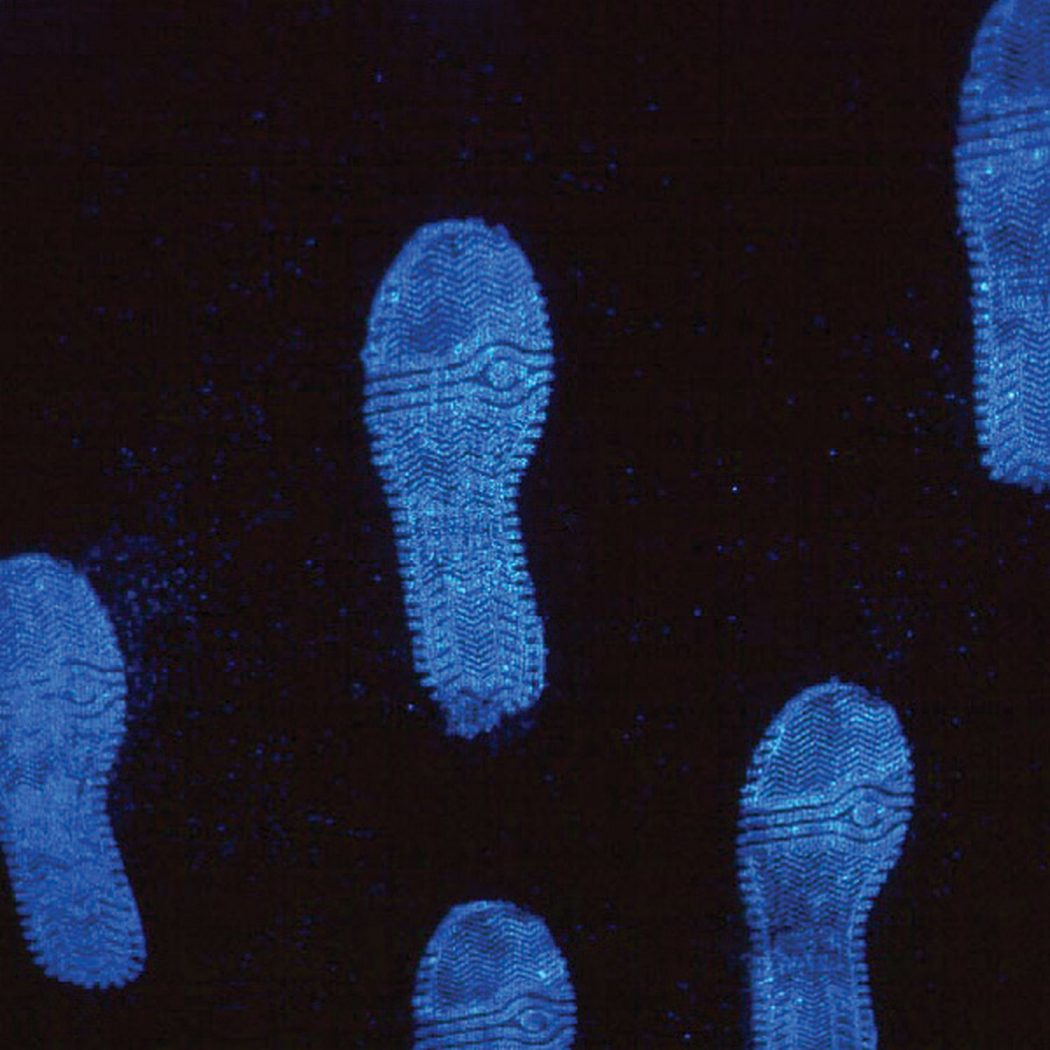 8 DNA is Important but Not 100% Accurate
Thanks to the advances in the technology of DNA, it has always greatly helped in solving the uncertain and doubtful convictions by using the DNA testing; it helped in saving the lives of so many innocent people by successfully absolving them from being accused of committing the crime. These successful results have led most of the governments to require the DNA testing, but, unfortunately, it turned out that DNA testing can make mistakes at some times. Although this testing is deemed to be a precise science, but still, it has proven that it had so many false incriminations because the testing was actually out of order, but the likelihoods of getting an error are fairly low, but that does not change the fact that mistakes can take place. 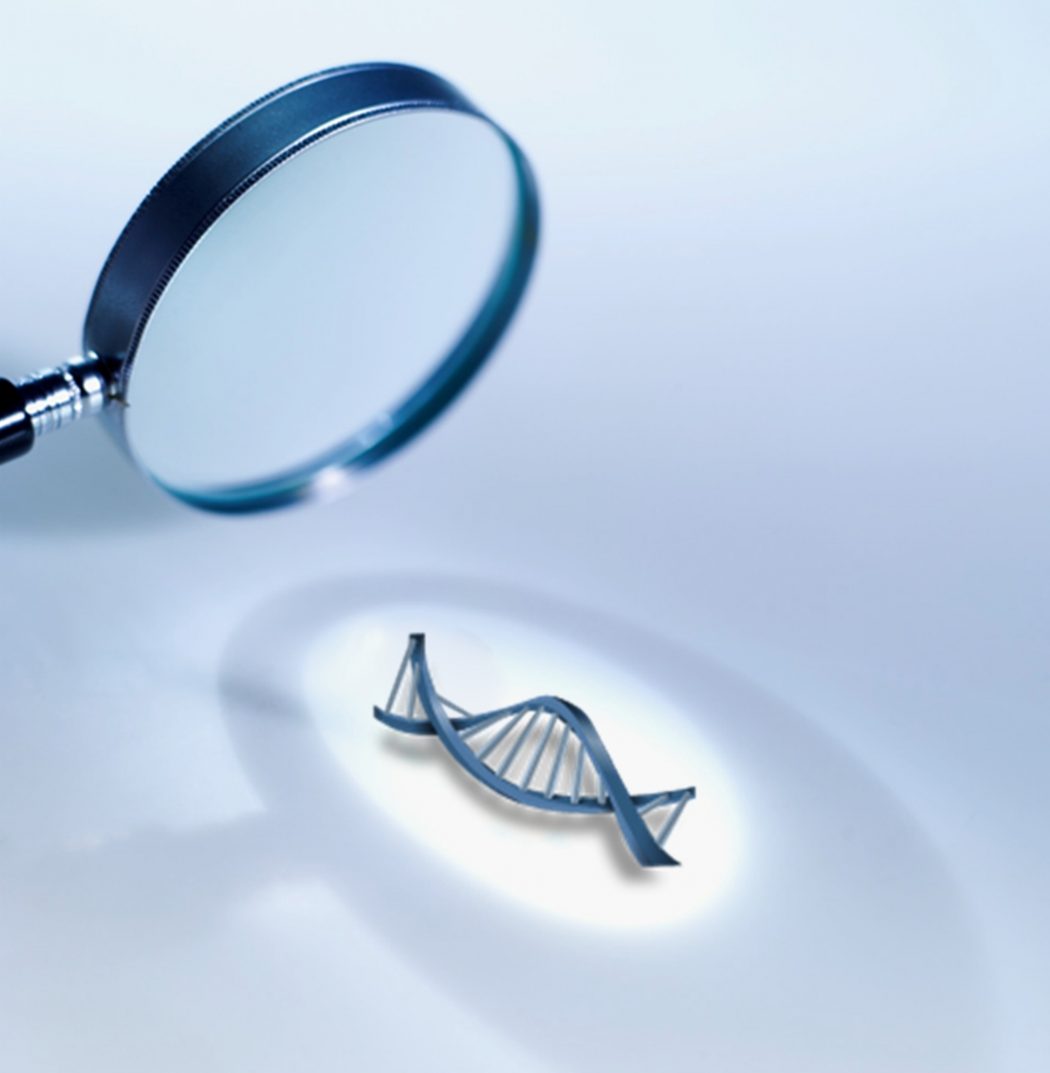 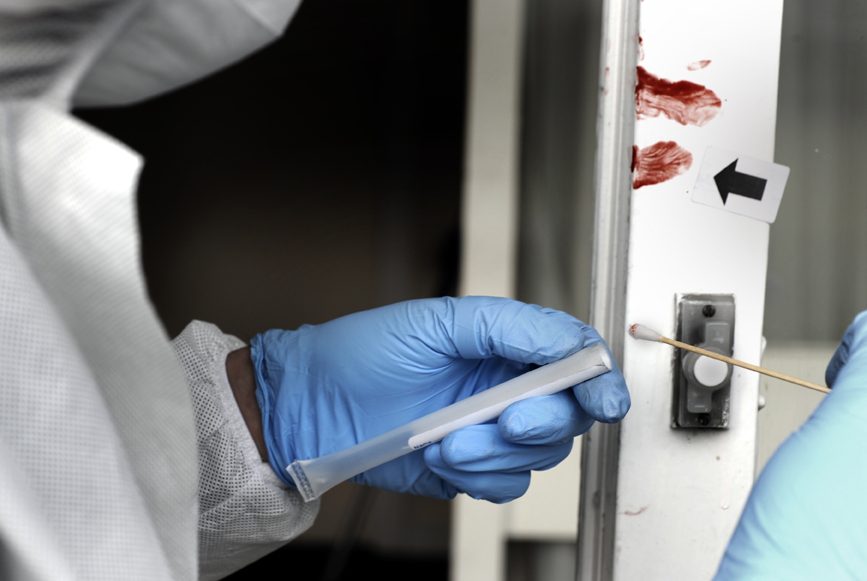 7 Teeth can be Counted On.
Dental records are proven to be the only pieces of any crime scene that are capable of recognizing a nearly accurate percentage of remains. Well, here is the reason why; bones are known to be some of the strongest parts of the body, so they are usually the parts that are incapable of being spoiled when it comes to recognizing the remains, thus, they can be highly trusted. Besides, it is a fact that each individual is characterized with their own exceptional dental print, thus, teeth are used in those cases when the victim looks distorted and unable to be recognized due to being burnt, mutilated, or disfigured. 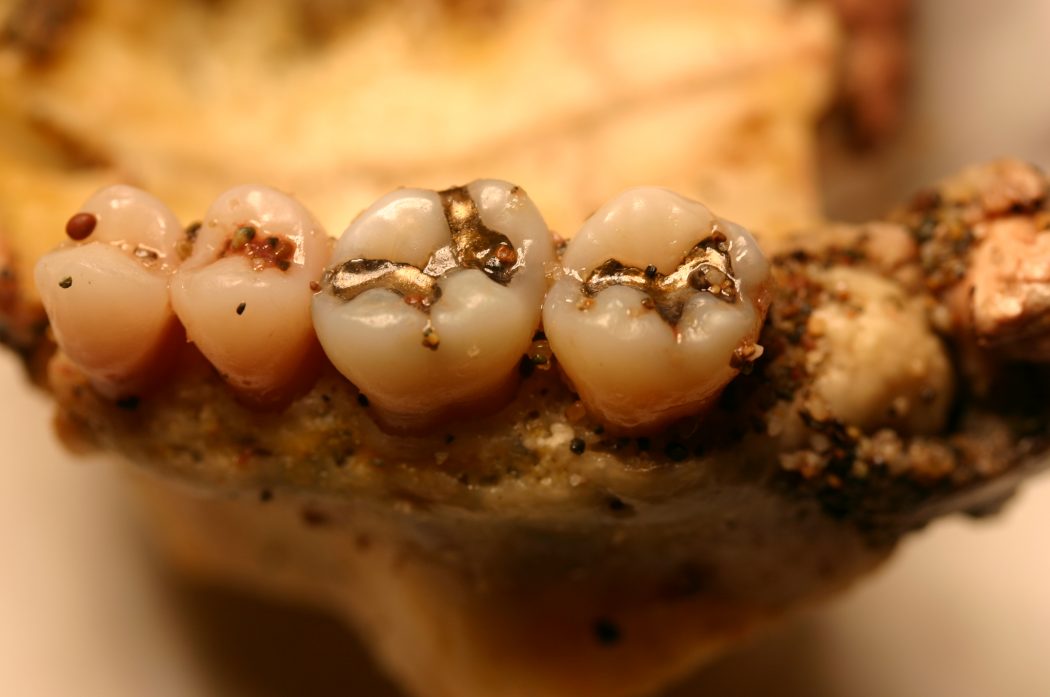 6 Glitter can be the Perfect Hint
Glitter has the properties that make it capable to be used in investigation, for glitter is made up from foils which have different shapes and thicknesses and they are actually produced by factories, thus, the properties of these substances can be analyzed to ease the process of the investigation, but, in point of fact, we are all pretty sure that most of the crime scenes are not going to have glitter involved, for it can be used in several things including designs of clothing and cosmetics. The ultimate piece of trace evidence can be easily transferred from one person to another and the good news is that it cannot be easily removed from that second person, thus, the criminals hardly know these details, so they do not take that effort of removing any stains, besides; that makes it much easier for the investigators to find out only by flashing a light at that specific area, but if the spot happened to be damaged, the investigators will hardly detect it. 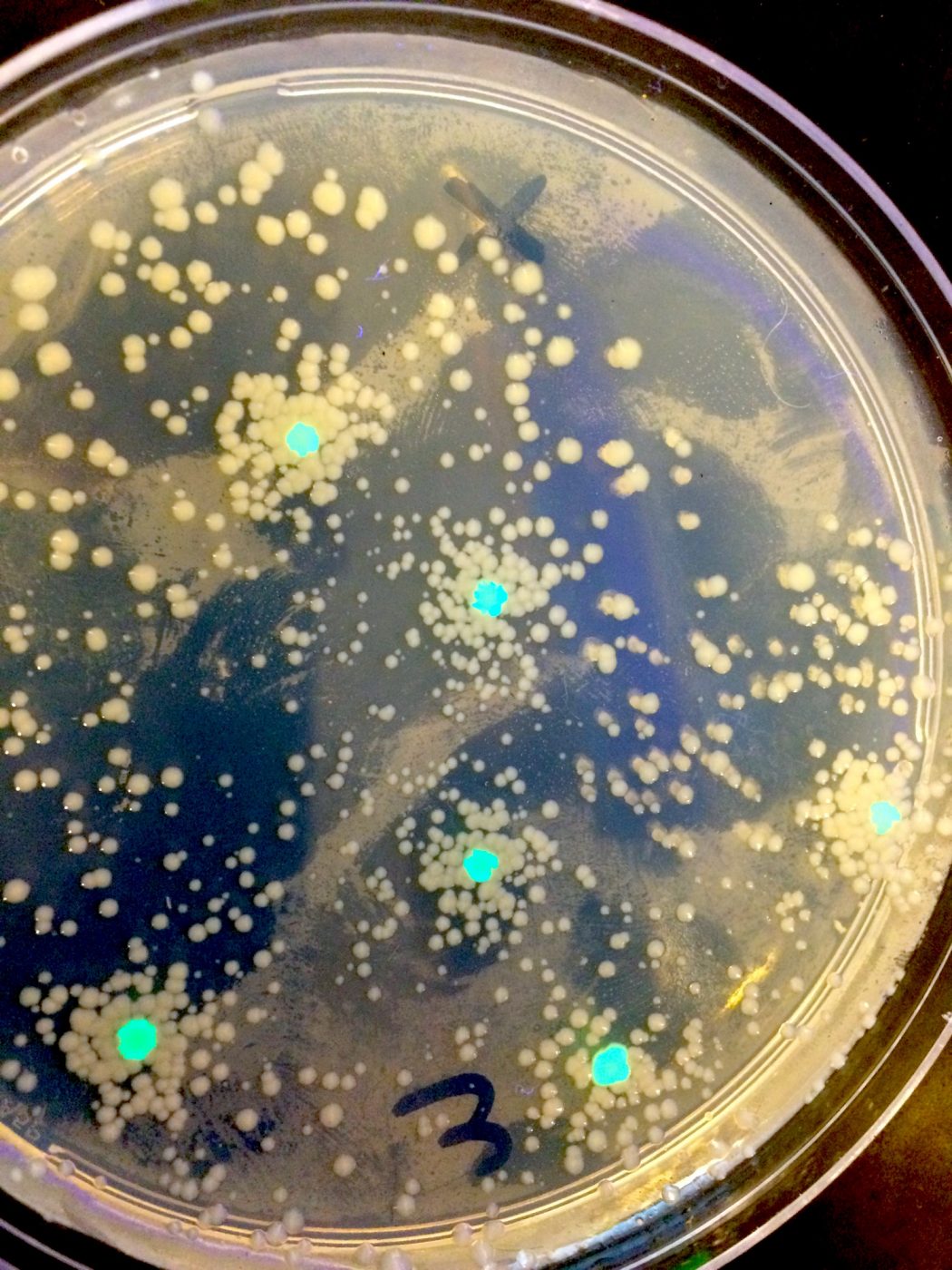 5 Arsenic no Longer Goes Unnoticeable
Cyanide and arsenic have always been the most popular poisons of all times, but there was a slight difference between them that actually played a great role in the world of forensic science which is that cyanide is detectable, for it leaves a revealing scent in the body of the victim while arsenic has always been silent and undetectable throughout a very long time and the problem was it was so obtainable because every house nearly held some products that contain that poison, but in the 18th century, they discovered one method that did not actually last for so long; this method involved mixing the fluid that is suspected to be arsenic with either zinc or nitric acid and the solution would produce a gas that smelled like garlic or else, it will remain the same. Later, the Marsh Test came into being; a method that is known to be highly sensitive that has been used for detecting the presence of the arsenic poison since the 19th century and it is much simpler and cheaper, besides; it is capable of detecting even the slightest and tiniest amounts of that poison in the body of the poor victim. The Marsh Test is a method that has proven to not ever give incorrect or inaccurate results and ever since arsenic poison no longer took place in sneaky crimes thanks to the forensic science that helped in detecting it.

4 Ecological Forensics
It is really interesting how the science of forensics is unlimited that you can usually use it for almost everything in life including even nature. Yes, you read that right; you can actually solve the crimes that are performed against the natural environment by using what is called the ecological forensics. These crimes are detected by realizing the death of the plants or figuring out that they are developing mutations; that is exactly when the role of the ecological forensics comes into action; they will find ways to discover the reason behind the death of the plants if it was not due to pollution. Well, to be more precise, nature is not only limited to the plants; that could also include the death of the marine creatures. What makes the forensic science more fascinating is the fact that is actually wider than it is ever represented in movies or in books. 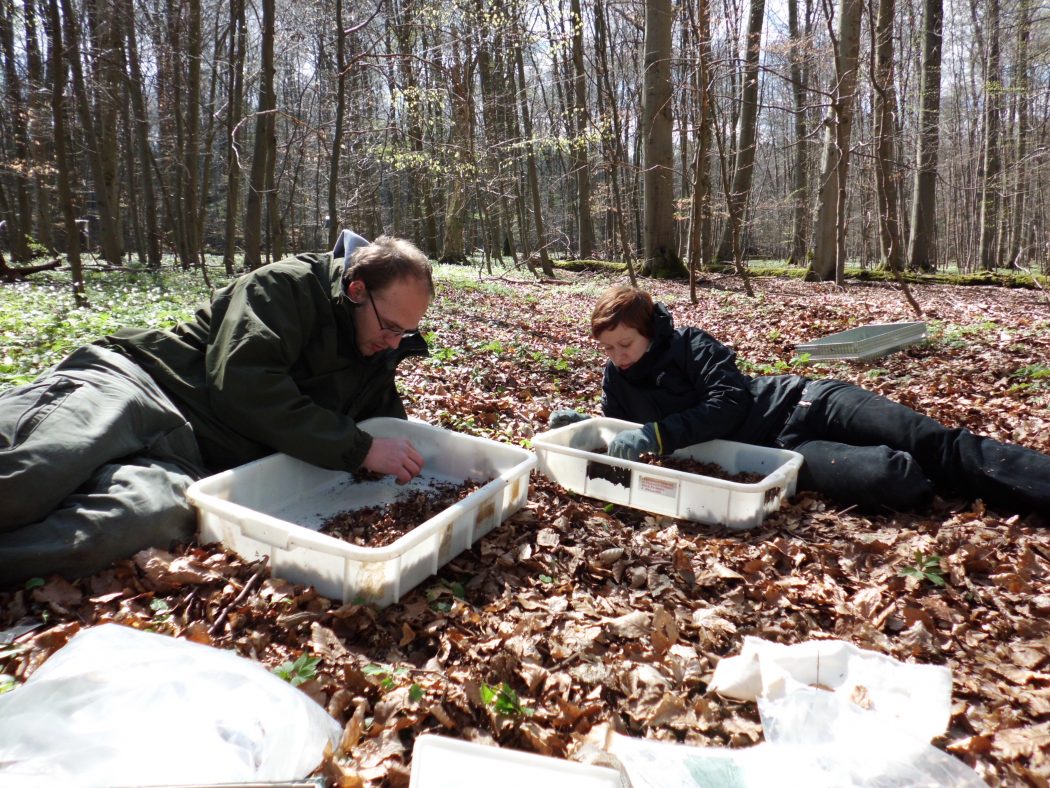 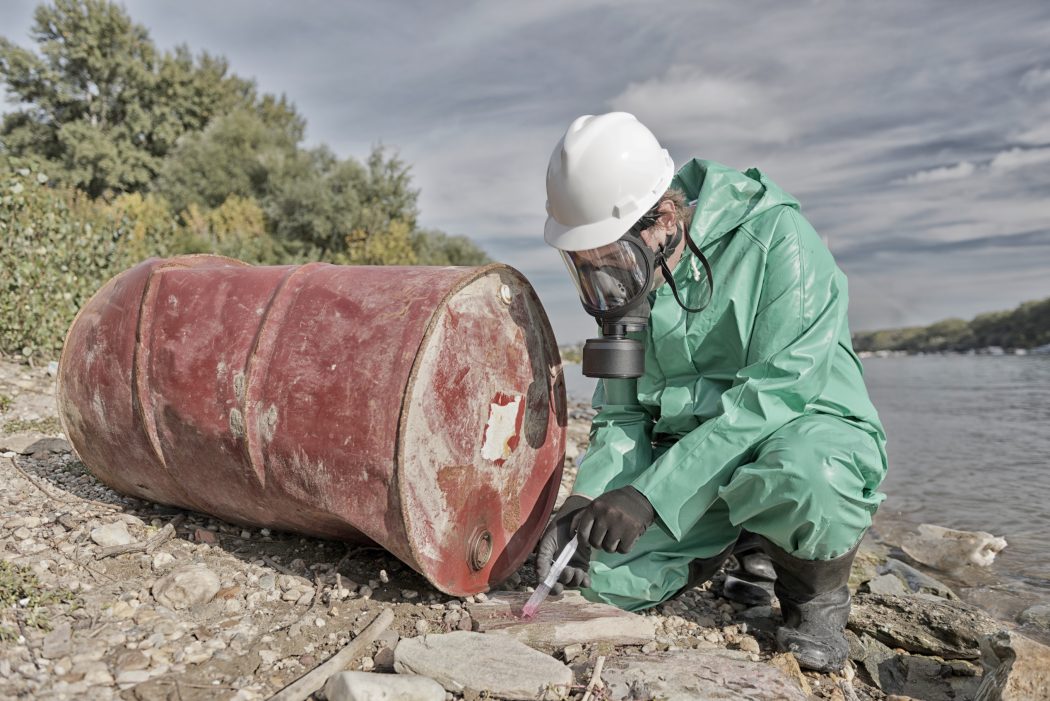 3 Digital Forensics
It seems like this science has actually more surprises and branches that we have ever thought it to be; it turned out that this science is not only limited to the laboratories. Yes, we already mentioned that it can be used in nature as well, but one more thing where this science is used in is the internet and it is known as the digital forensics. The Internet turned out to be really powerful and can be very helpful in investigating the crimes, here is how this happens; the investigators can use Google especially, the crimes that involve brutal, sexual assaults, for the rapist or the murderers can be caught watching porn websites frequently. 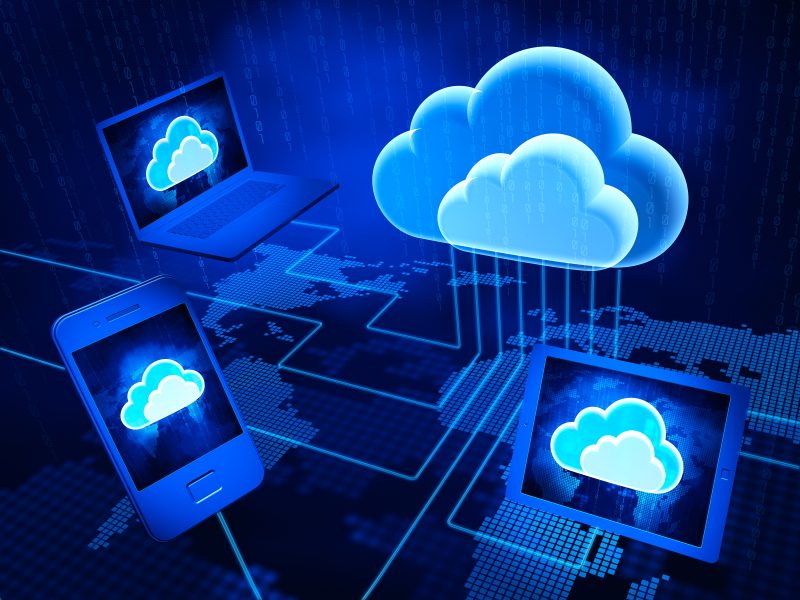 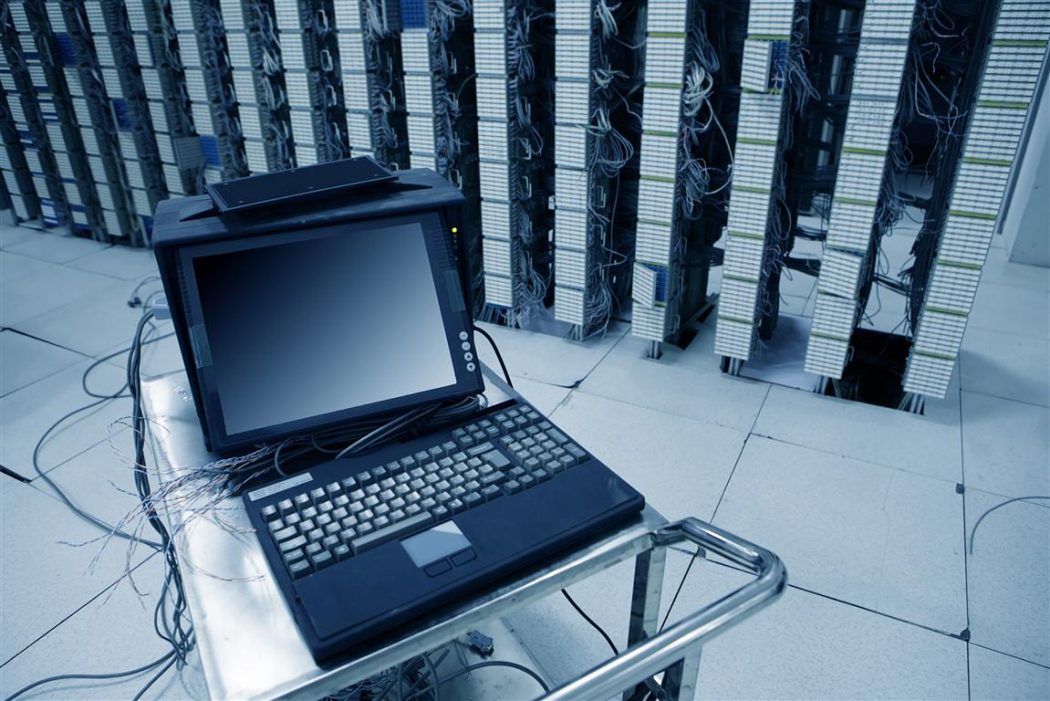 2 Non-Surgical Autopsies
Autopsies are known to be important for figuring out the real reasons behind any deaths that occurred, but some cultures and religions have banned the practice of the autopsies, believing that it is too far from being human to rip up a human’s body apart right before it is supposed to be buried, thus, the University of Leicester in the UK introduced an alternate that is considered to be more dignifying and that is called the digital autopsy. This autopsy does not include any surgeries and it works by giving a jab of dye through a small slit in the neck of the victim and that gives an access to scanning the body fully through a CRT scan by diagraming out all of the blood vessels. This method has proven to be of a great accuracy and usefulness when it comes to figuring out the cause of death. 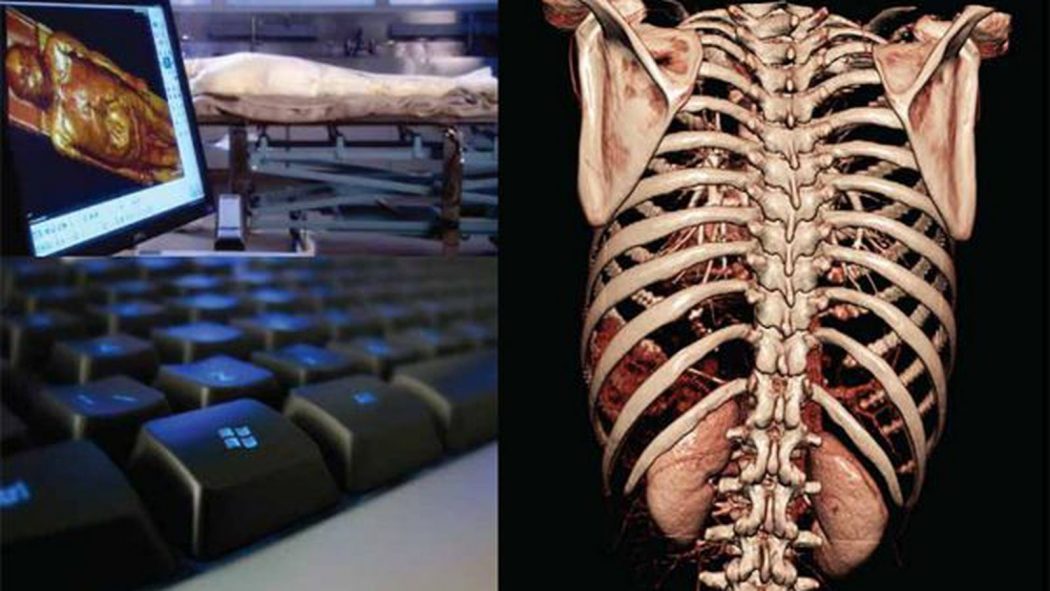 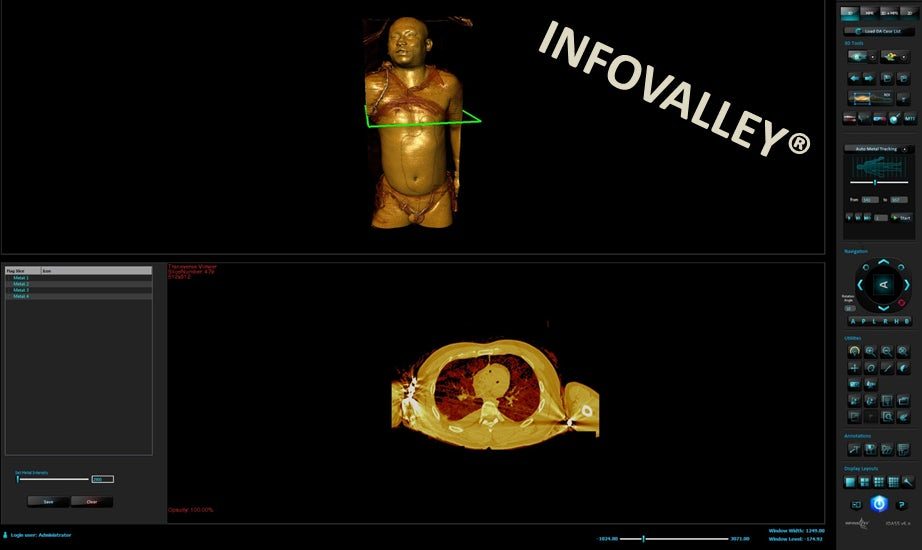 1 Hair Roots are Important too.
Well, it is true that you can use hair to extract the DNA in it, but it is not actually known for everyone that the roots of the hair are capable of revealing the gender. Why the roots? Because it is the only spot where the DNA is present, thus, it one of the best biotic measures that are used by the scientist in order to unravel the gender of the suspect, narrowing down the choices and make it easier to catch the criminal. 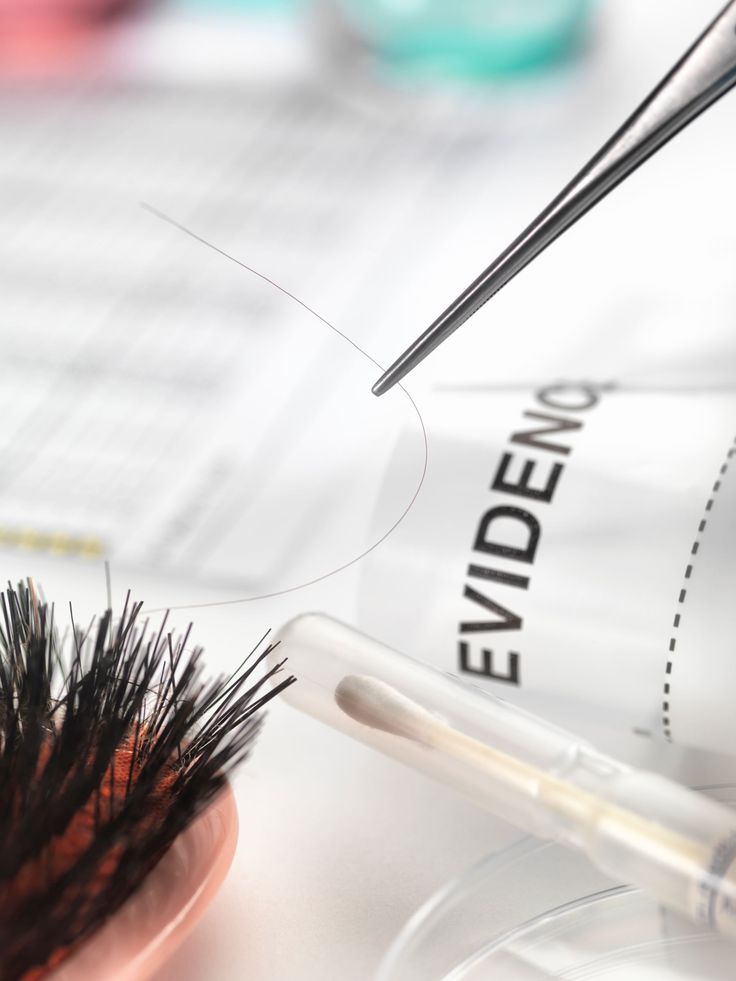 It is true that movies and TV shows have always been giving us a false representation of how forensic science is, but, as luck would have it, that did not make it any less fascinating.

Top Tips to Feel Better About Yourself 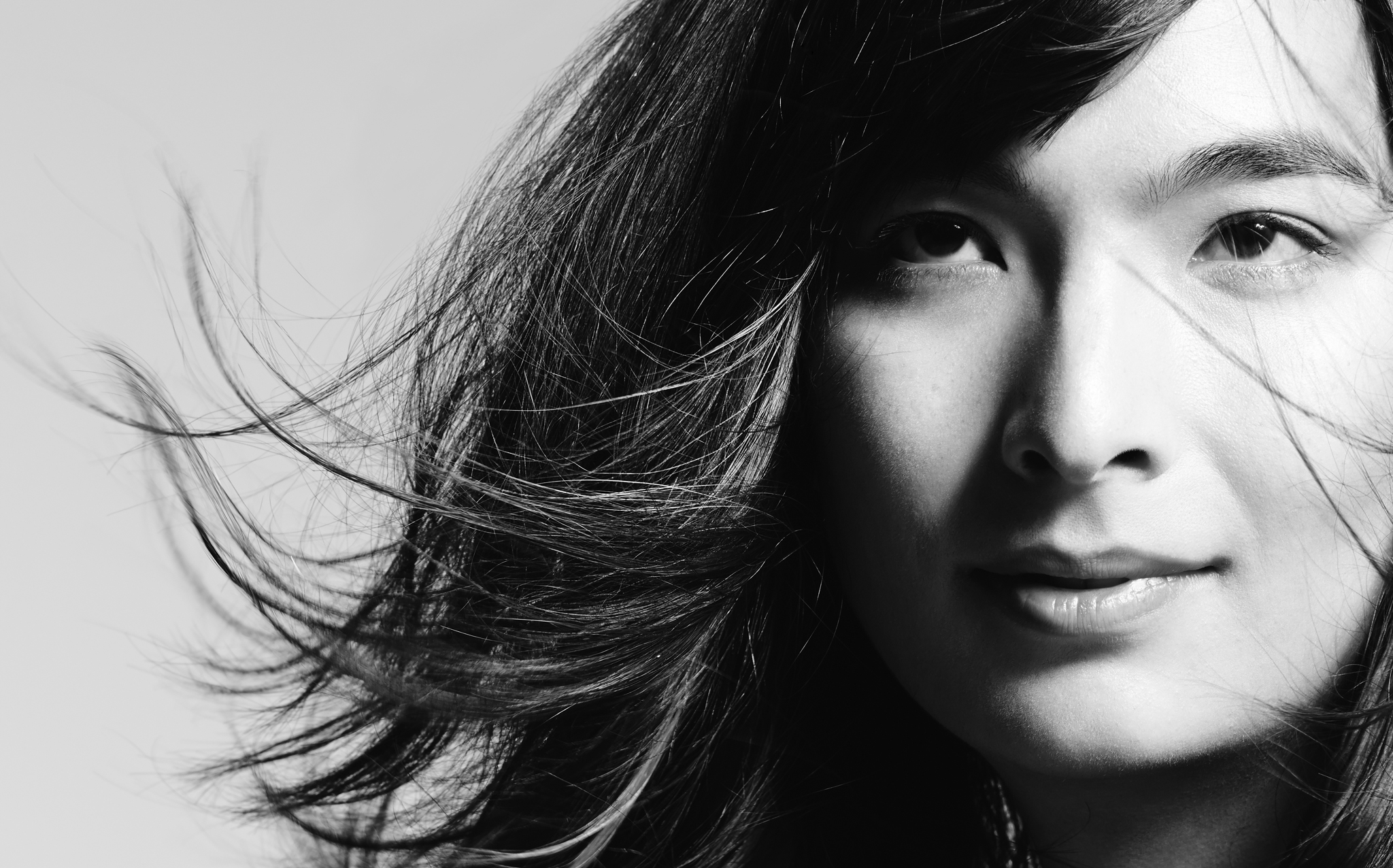 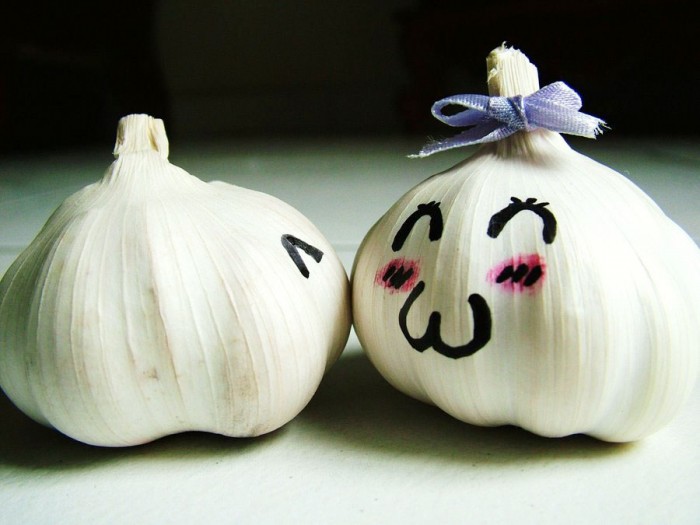 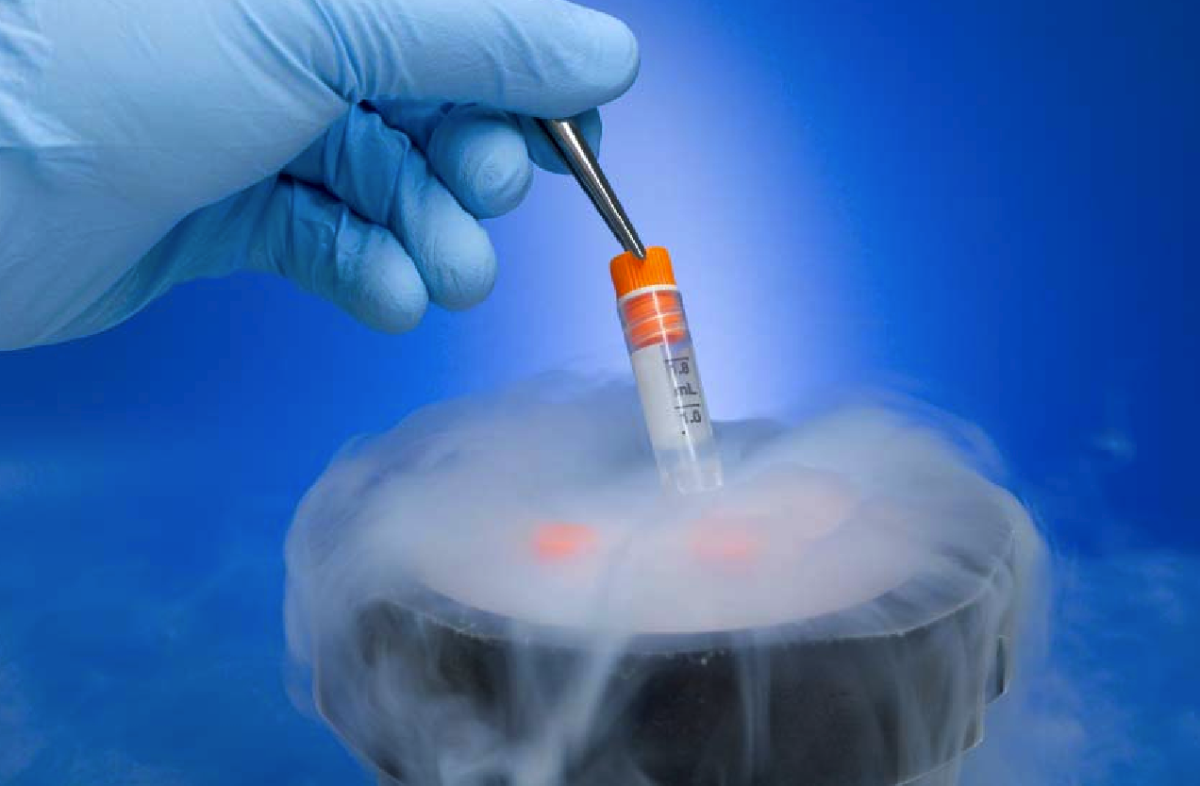 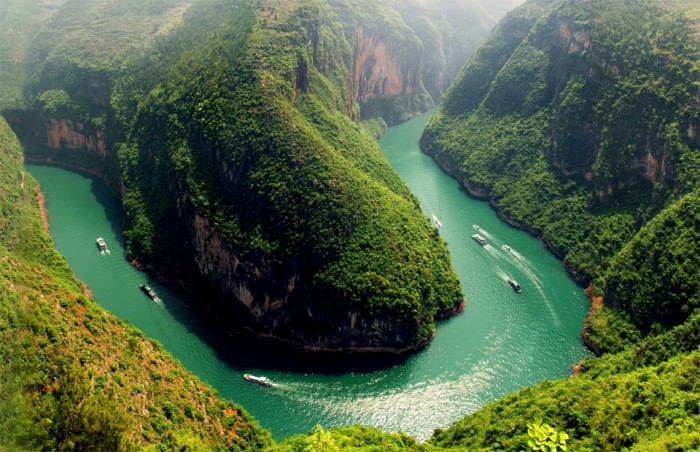 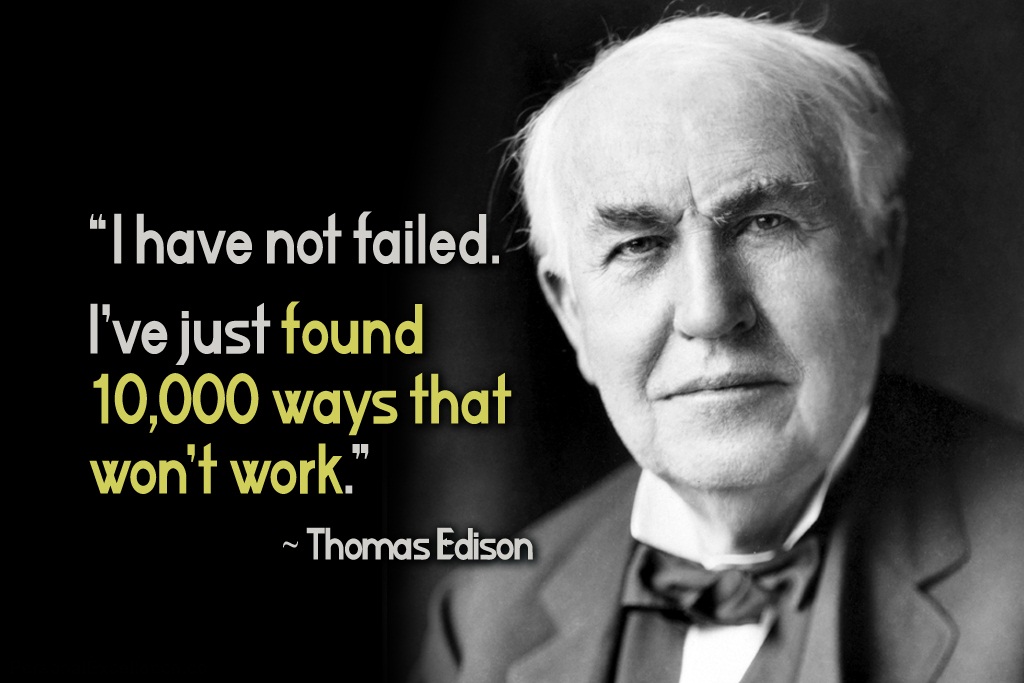 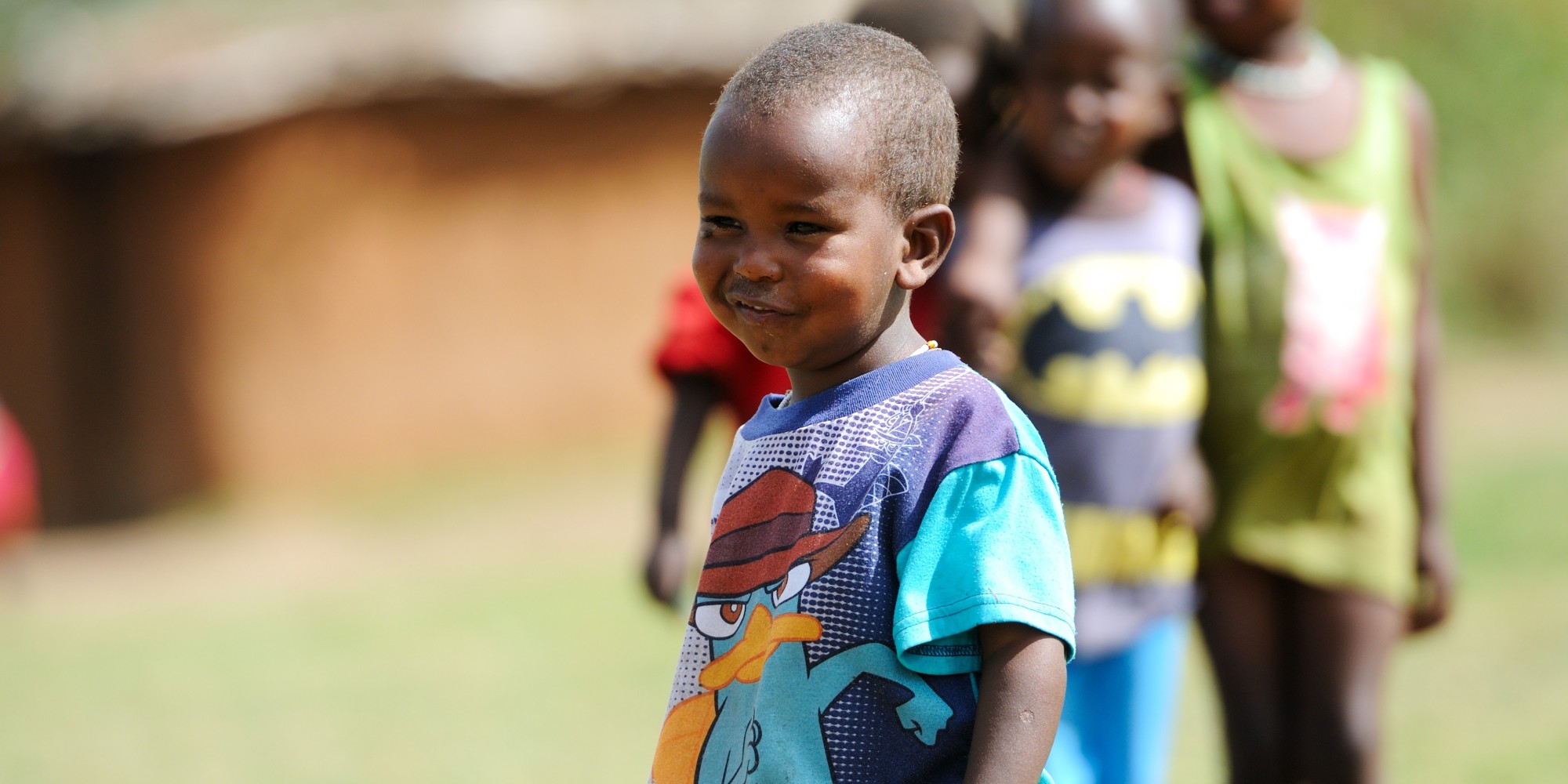