When Alfred Nobel invented dynamite for good, he was shocked that his one creation was misused and exploited to kill people. That is when he decided he would dedicate a prize bestowed to these with excellent and remarkable achievements; he did not want his own creation to destroy the world and kill. We have to admit that The world has fallen prey to wars, conflicts, and battles. People have given up on their humanity and mercy and started to fight, steal and kill for no apparent reason. Although there is no reason for taking somebody’s life. We know that advanced weapons and guns mustn’t be in the wrong hands and given to regular customers, but military weapons are essential if you want to defend your own land and people against those who invade you and deprive you of your own rights. However, we also prefer the peaceful way.

Here ten of the most deadly weapons in the world. We have categorized them in accordance with their firing range, the capability to carry bullets, and, of course, its caliber.

The word ‘Kalashnikov’ sparks off fear in one even if he/she does is not fully aware of types of guns. Originally, Kalashnikov AK-47 has been ubiquitous since it was designed by Mikhail Kalashnikov. It is mostly seen in hands of local rebellions, soldiers, and terrorists; the gun does not demand special potentials or requirement to pull the trigger. Surprisingly, it has potential to drill a rate of 600 Rounds per minute. Being armored when confronting a Kalashnikov AK-47 would not assist. 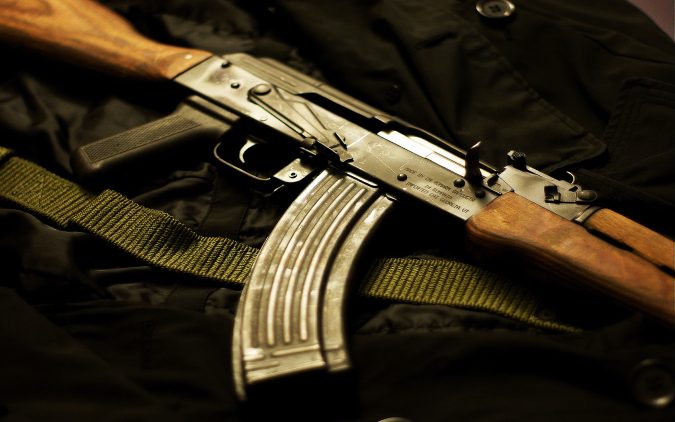 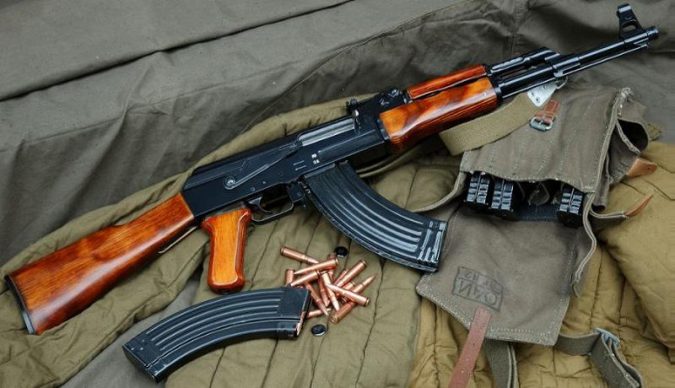 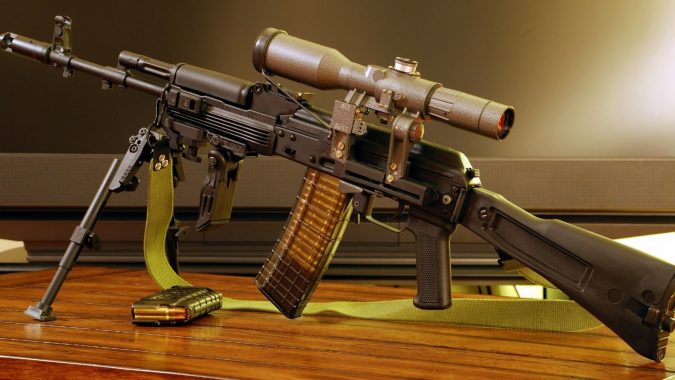 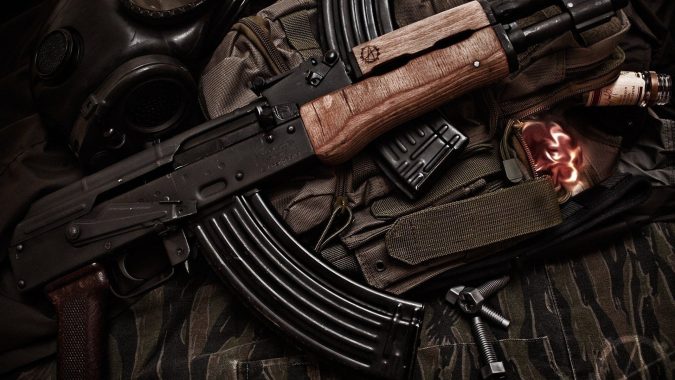 Designed by infamous German company Heckler & Koch, Heckler & Koch MG4 gun made into the world of war and violence in the early nineties as belt-fed 5.56 mm light machine gun. Moreover, the field gun weighs 8.55 kg. The gun machine thundered for the first time in September 2001 even though it was given rise to in 1990. With a firing range of 1,000 m, Heckler and Koch MG4 secured its own festive spot among other eminent gun machines. 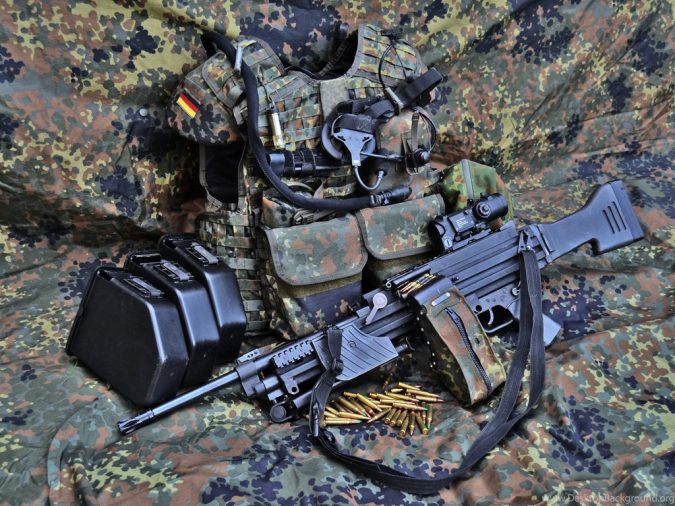 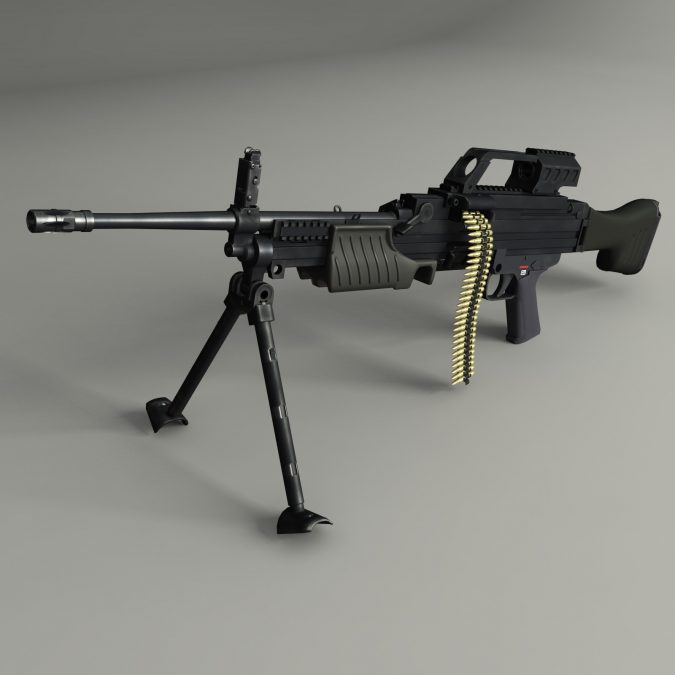 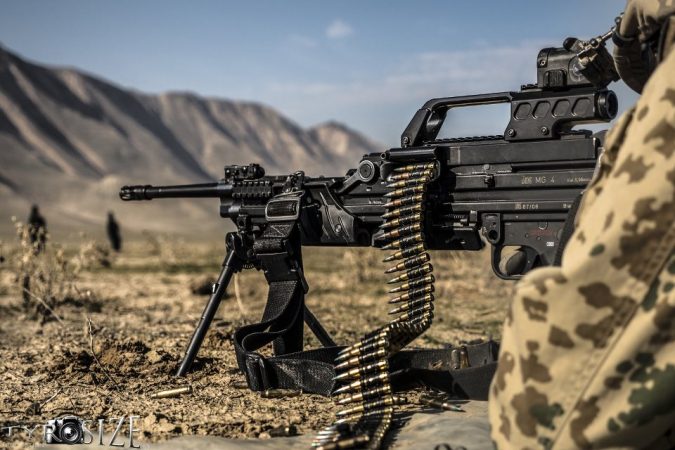 Here we go again stumbling over a Heckler weapon again. Stating Heckler twice on the list implies that Heckler & Koch HK416 is unrivaled when it comes to efficiency. What makes this weapon dangerous is that it gives the user an opportunity to wear gloves while pulling the trigger, which -in turn-leaves no signs to reveal the identity of the shooter. Designed in 2004 by Ernst Mauch, the rifle was exploited in brutal wars and battles in Afghanistan war, Iraq war, Northern Mali battle, and Lahad Datu standoff (2013). It weighs 2.950 kg (6.5 lb). Its maximum fire range is of 400m. 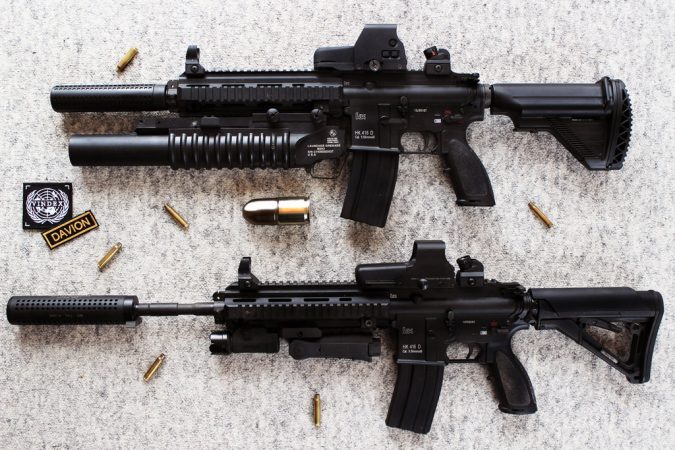 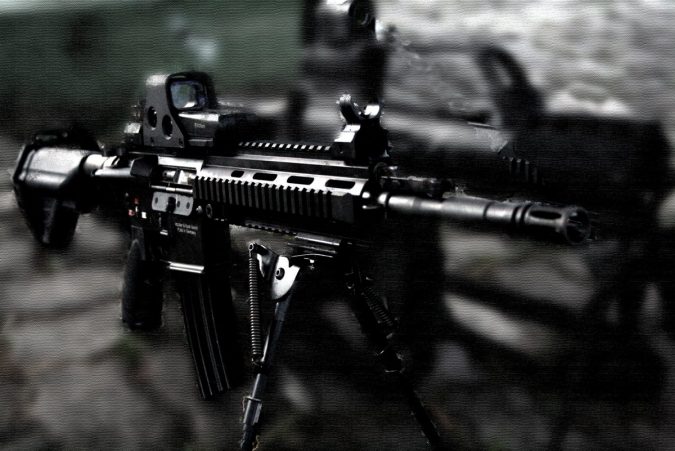 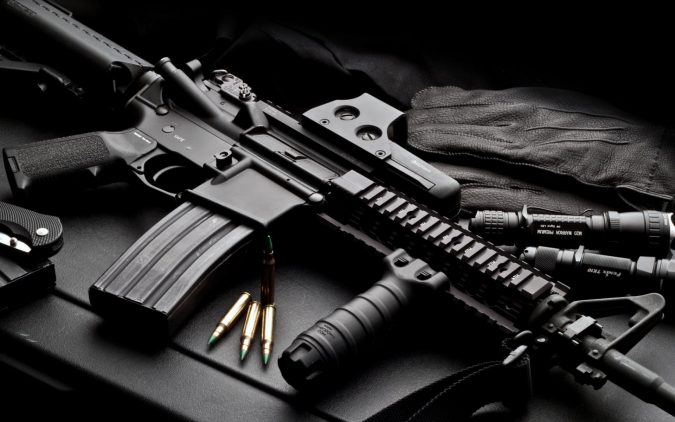 Thompson M192 Machine Gun is well known for its peerless potentials. Designed by Capco,  Thompson M192 Machine Gun is an unrivaled three-legged assault rifle. It was labeled as one of top ten inventions in 2005 by the United States military. It has proven efficient during brutal battles. Not only does it weight 3 kg (6.5 lb) but it has rear legs that happen to stimulate the operator to move easily to target fast preys. 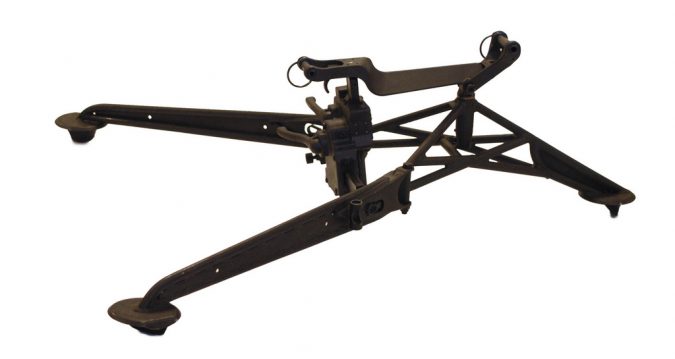 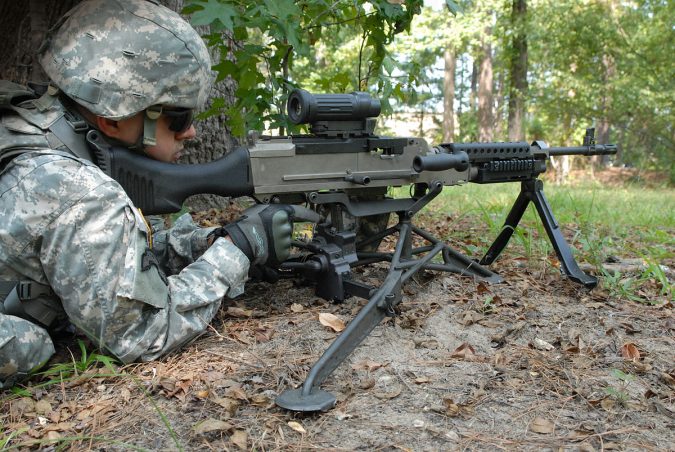 Accuracy International AS50 Sniper Rifle is dubbed as “Death shot” due to being critical and portentous. This anti-material rifle or sniper was designed by a British company. What makes this gun special is its accuracy. It has the potential to shoot the target at a long range. Moreover, Accuracy International AS50 Sniper Rifle has a caliber of 12.7mm and its range is 1800m. The weight of the gun ranges from 31 lb to 14.1 kg. Furthermore, it has the potential to shoot 5 rounds of fire in 1.6 Seconds. Impressive, isn’t it? 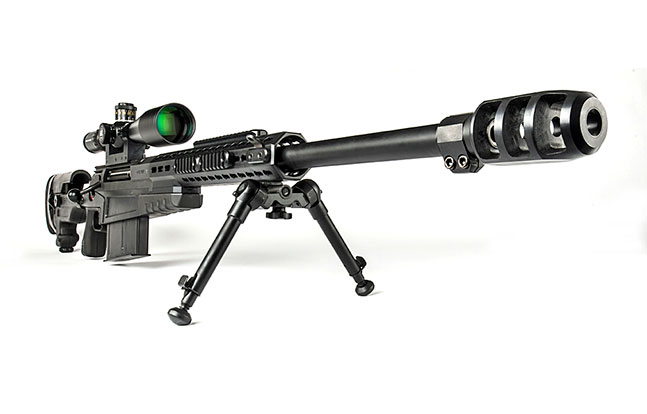 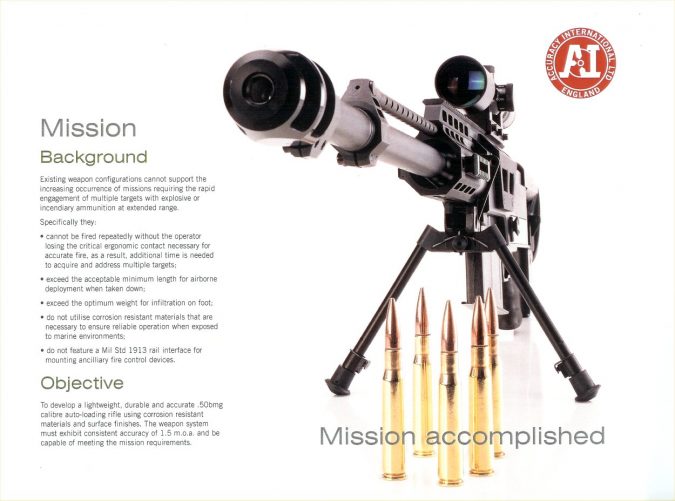 The FN F2000 is not simply a sought-after gun; it is a 5.56×45mm NATO bullpup assault rifle framed by FN Herstal in Belgium in 1995. Despite the fact it was designed in 1995, the assault rifle made its first debut at the IDEX defense exhibition conducted in Abu Dhabi (United Arab Emirates) in March 2001. FN F2000 weighs 3.6 kg (7.9 lb). Moreover, the assault rifle has the potential to shoot a target with fire range of 500 m. Not to mention it can make 850 rounds in a single minute. This potent weapon has NATO caliber of 5.56x45m that renders it mortiferous. The gun consists of 2 major assemblies and a hand-guard opposed to the trigger; however, the hand-guard can be taken off easily. 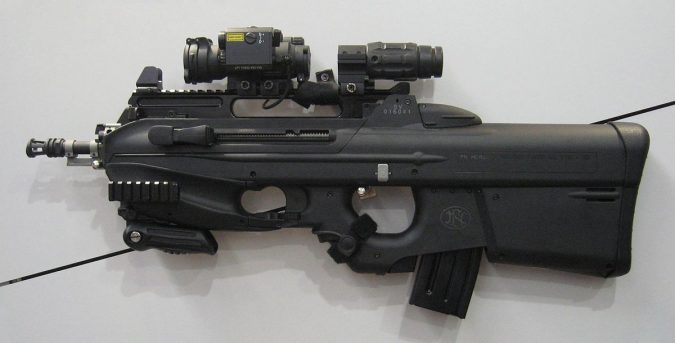 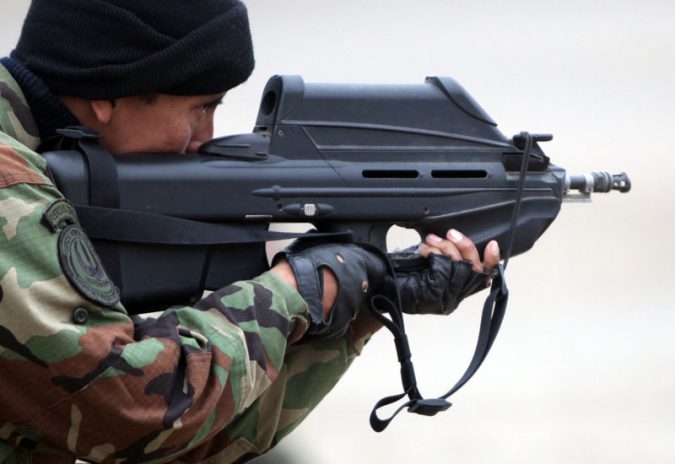 This corpulent gun, FN FAL, was initially designed in Belgium. Its size has a reputation of dropping jaws; the size is the feature that renders the gun corpulent. As one of the most powerful guns in the twentieth century, The gun has the potential to generate around 7.62mm round. This gun is ubiquitous and favored by around 90 countries and militias. It can be transformed into a squad light machine gun, a combat rifle or a sniper rifle. This gun is very meticulous and perdurable. 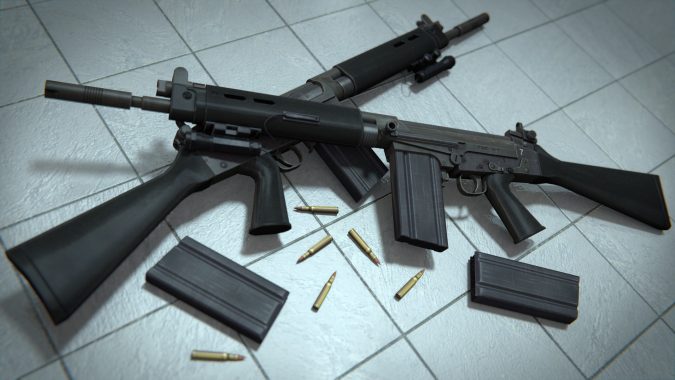 Prime Contractor offered one of the most potent weapons, implementing the design of  XM307 Advanced Crew Served Weapon. After all, it is a 25-mm belt-fed grenade machine gun with the smart shell potentials. XM307 was formed regarding the OCSW or Objective Crew Served Weapon project in 2004 in the United States, has 22.7 kg (50 lb) weight. The machine gun has a powerful firing range of 2,187.2 yd though the most range of 3,937 yd (3,600 m) which is rather dangerous. Furthermore, it works on gas and rotating bolt. Speculations sparked off that it is a lethal handgun. 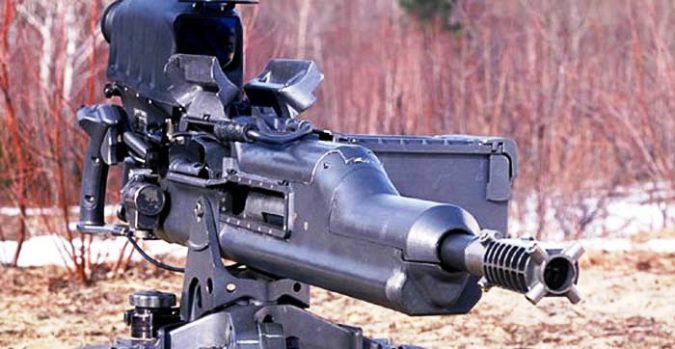 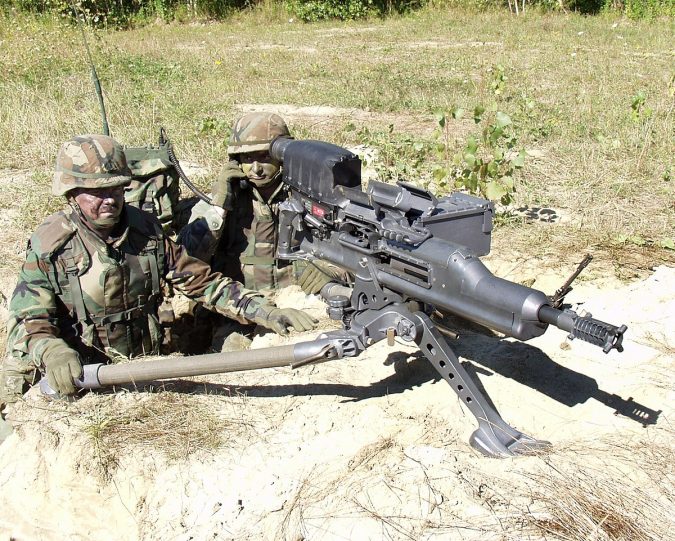 Uzi Sub-machine Gun is one of the most sought-after weapons all over the globe due to its powerful fire rate of 600 rounds/min, plus noteworthy firing range of 200 m. The idea originally belonged to Israeli designer Uziel Gal in 1948 and molded by Israel Military Industries. Apparently, Uzi Sub-Machine Gun had no remarkable weight. However, it has noteworthy results projected on its targets. The weapon partook in brutal scenes as of the Syrian Civil War, Mexican Drug conflicts, and South African Border battle. It purportedly had the weight of 3.5 kg (7.72 lb) and owned an essential role with momentous results. That is probably the reason behind it being exported to over 90 countries. 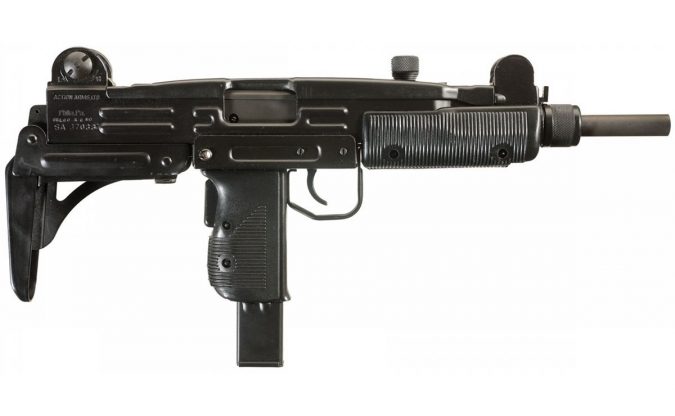 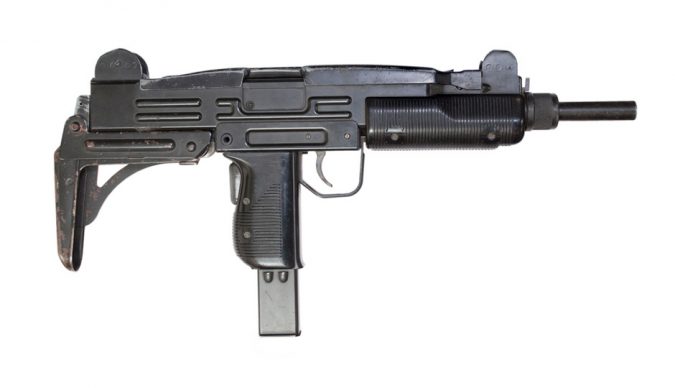 When the Germans set out to mold a product, they render it efficient. Germans have long been known for their effective machines. However, what makes DSR-Precision DSR-50 remarkable is the fact that it contains a holder for extra bullets or magazines that shorten time wasted to refill the gun during the process of the shooting. As a dangerous rifle, it has 7.62x51mm and 660 mm NATO caliber.

German Ingolf Reuter tended to introduce the world’s finest sniper rifle in the ’90s but put his master creation on display in 2000, then DSR-Precision GmbH produced it in weeks. DSR 50 has the weight of 10.3 kg (22.71 lb). It was one of these weapons used in secret operations, which renders it potent and remarkable. 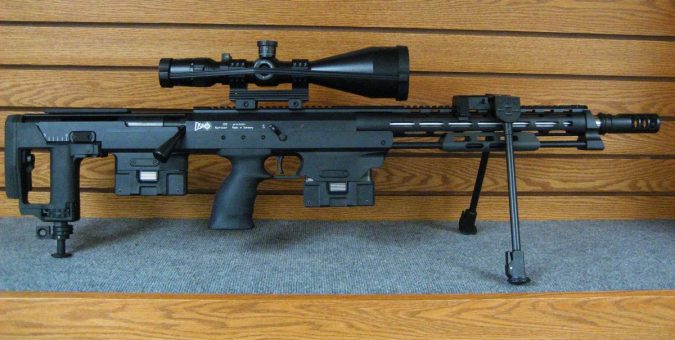 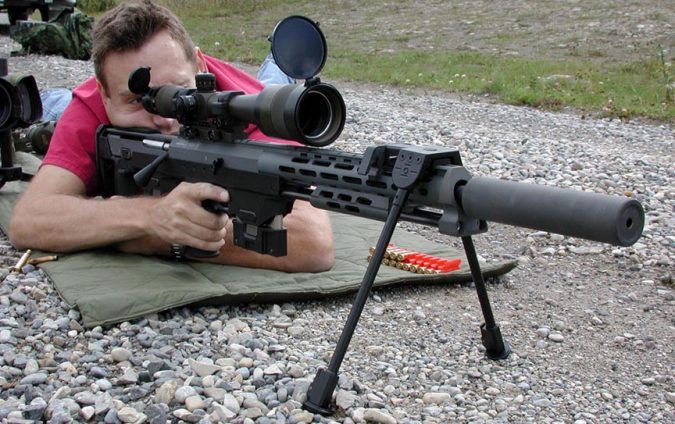 It is essential to remark that the human race has failed us. However, we will pray for humanity and underline the hope that we need to take the peaceful pathway and realize that we were meant to make the world a better place. Nevertheless, we have to defend ourselves, our land and people against those who attempt to deny our rights in such messed up world and era.