Fashion is a charming world of creativity made by designers who love their work and are very talented in designing costumes to enrich our world with designs that express us in different moods and cases. The fashion designer is an artist who impresses people and provides them with outfits that suit their needs. Today, the whole world thinks and breathes fashion, and the designers seek to produce distinct designs. Therefore, the fashion capitals, often in central cities, have emerged from the world fashion links (fashion weeks). In these capital cities, you can find the largest fashion houses in the world, and they are often cultural commercial, and economic centers for the people of the country as well as foreigners.

These specifications are often the most significant aspects of transforming the city from a normal one into the capital of fashion. Fashion is an international language, but not all countries are equal when it comes to their importance to the fashion industry. We used to know that Paris is the leading fashion capital, but recently other cities have emerged to rival Paris in its position. Following Toppteny introduces you to the top ten fashionable countries in the world.

Milan is a unique fashion city and the most famous Italian city as a fashion capital. The Italians are known for their excellent taste and choice of clothes and shoes with top-quality designs and materials. Not only celebrities but even ordinary citizens, whether men or women are unique in their outfit choices which represent the distinct Italian style. Italy is the home of quite talented fashion designers, and fashion is an important part of Italian culture. Among the top fashion houses in Milan are Roberto Cavalli, Guccio Gucci, Giorgio Armani, Gianni Versace, Parade, Dolce and Gabbana, Valentino Garavani, and Fendi. 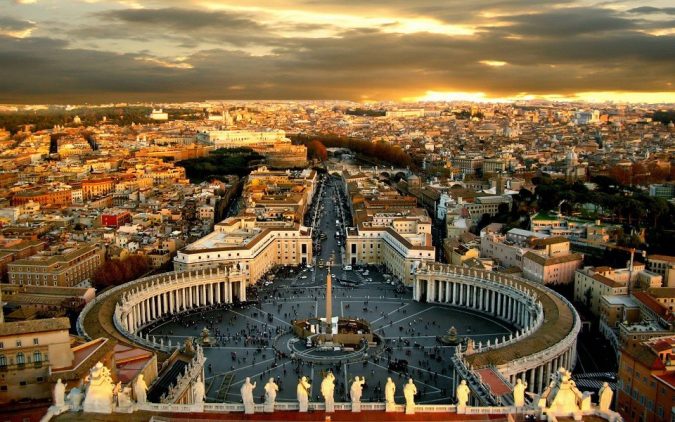 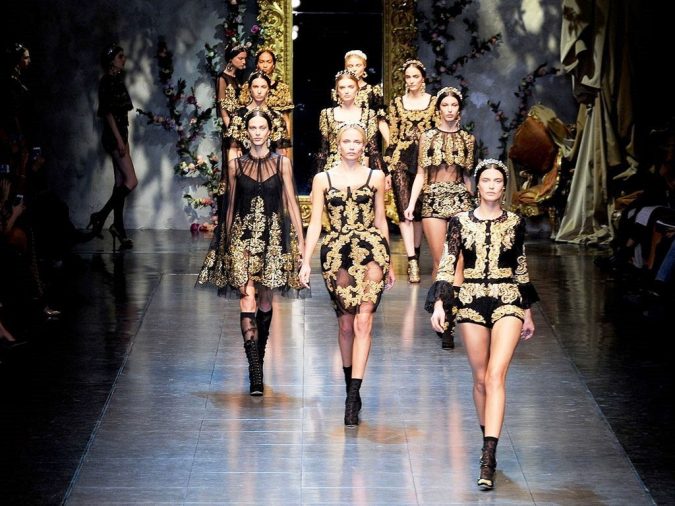 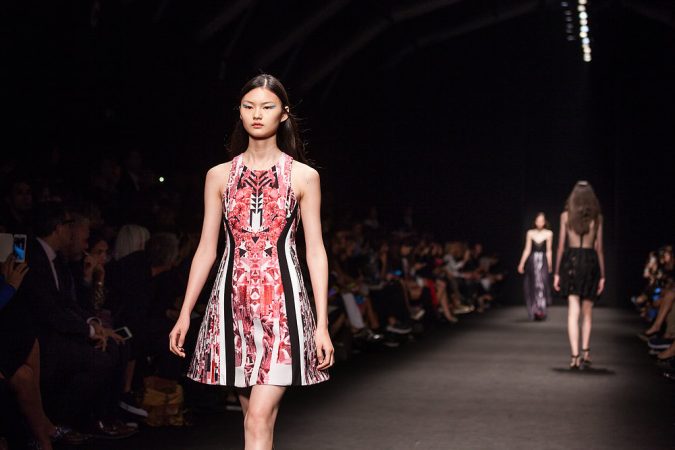 London is the city of fog, but now it is one of the most fashionable cities in the world; besides Paris and Milan, London fashion week attracts a lot of the world’s grand fashion houses. London is a mixture of modern and old in cultures, and you see that clear when looking at the style of inhabitants. The fashion changed from brash styles and bold to be more traditional and refined dressing. The designers are mixing between the old and the new in their inspiring designs.

After the emergence of many British fashion designers, London has become a fashion capital.  British fashion designers are known for their uniqueness and elegance, and they have influenced the launch of the fashion industry around the world. And the latest evidence of the evolution of fashion in London is Kate Middleton’s fashions that have successfully grabbed the world’s attention. Since the Duchess of Cambridge appeared in her wedding dress designed by Sarah Burton in the house of English fashion “Alexander McQueen”, she has turned an icon of the English upgrade fashion around the world. 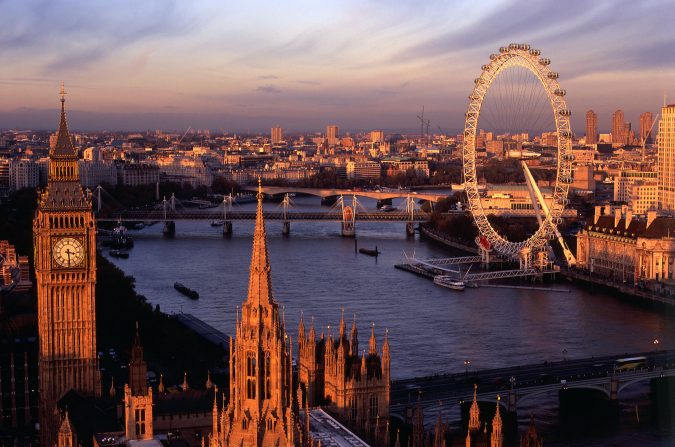 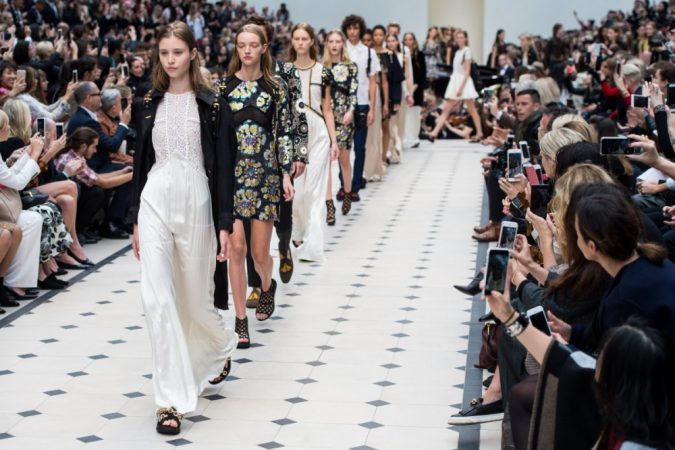 We all know that New York is known as a reflection of the economic development around the world and also to the suitability of the rise of the United States as a superpower in the world. Well, now it is also known as the capital of fashion. New York is the home of quite talented designers and also a welcoming place to international fashion weeks. 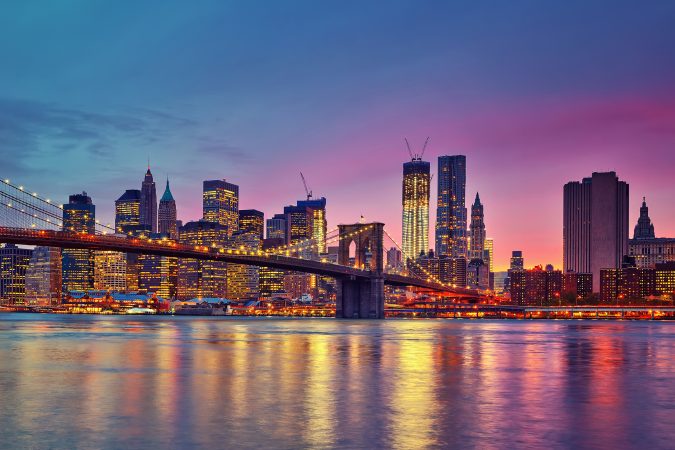 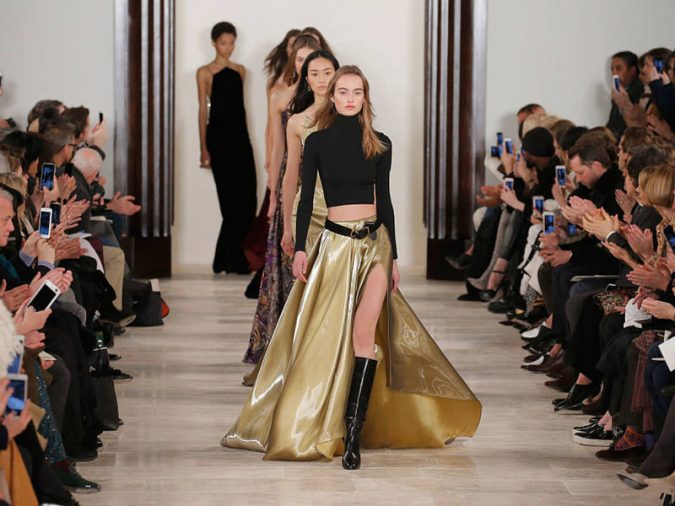 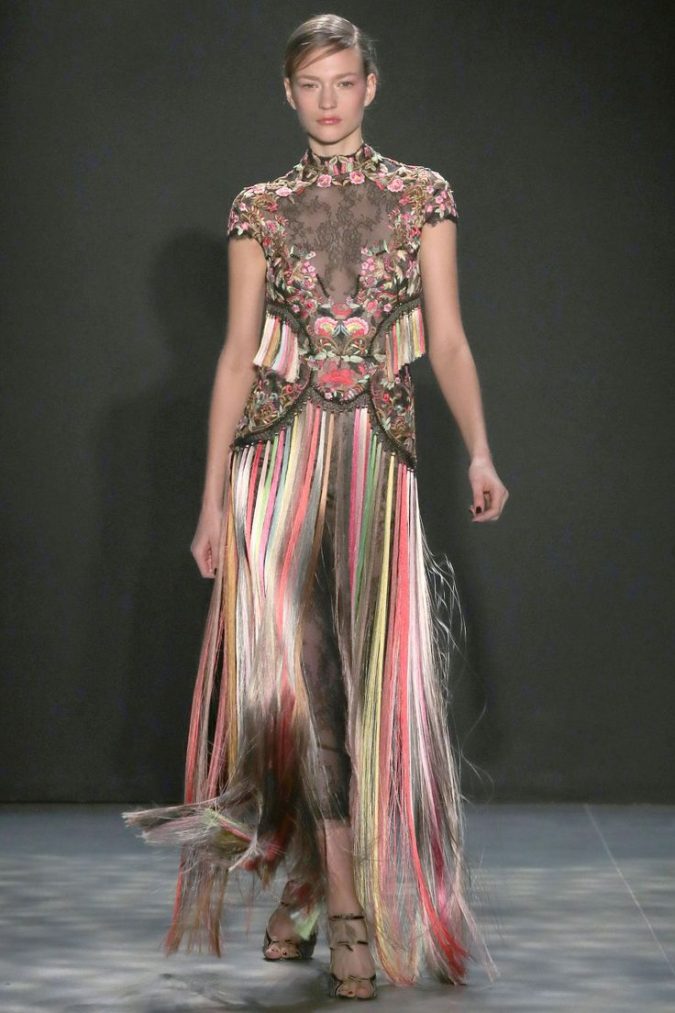 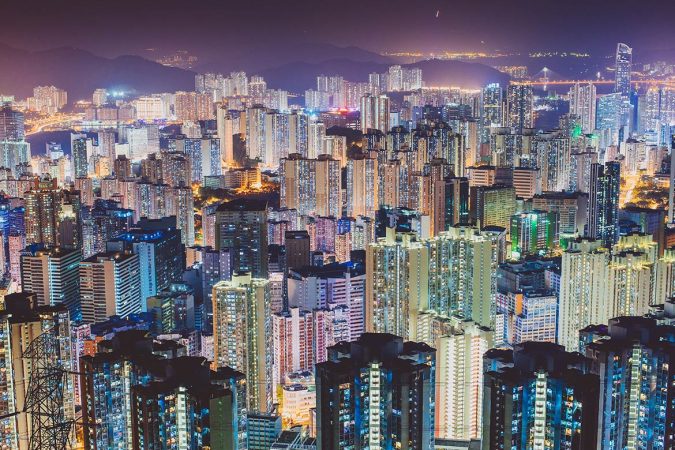 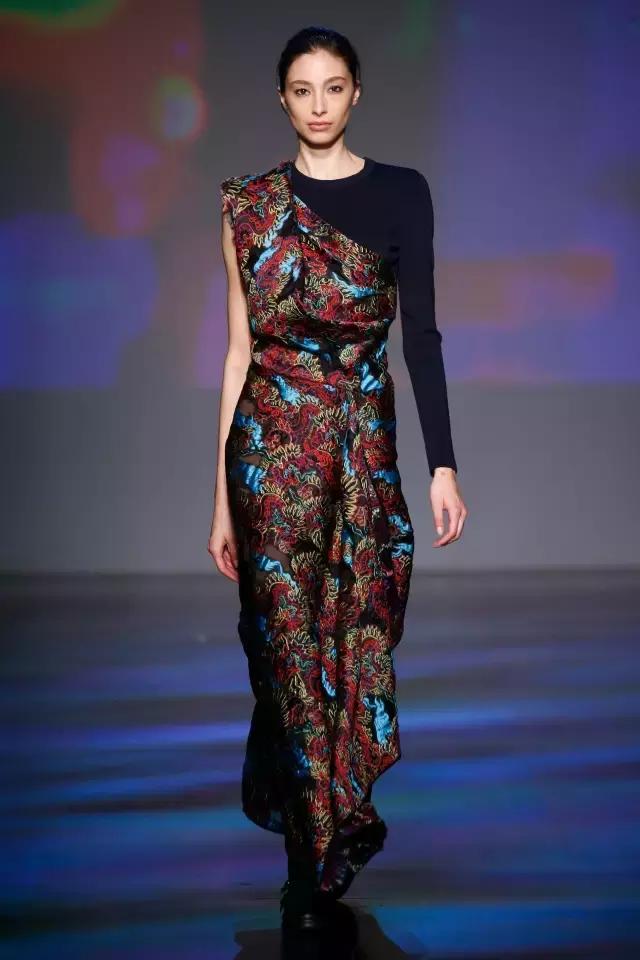 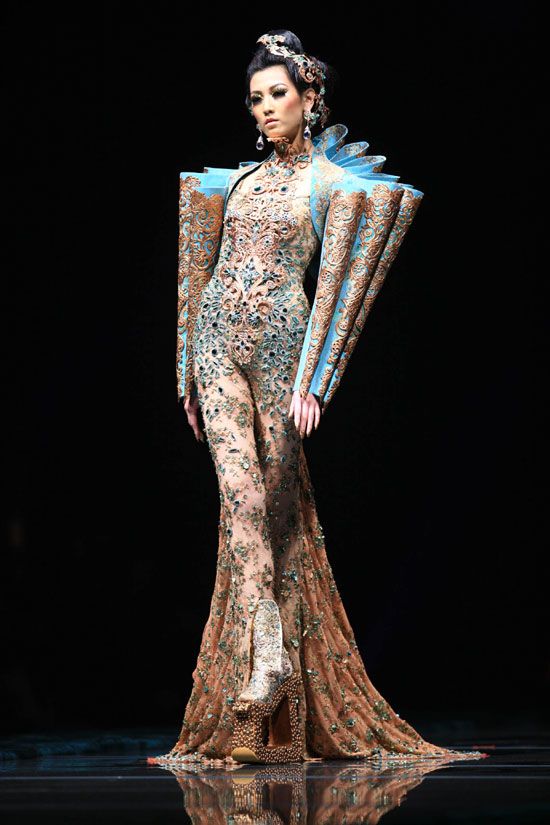 Recently Dubai has become one of the most well-known and important Arabian cities since it turned into a global economic center in the Arabian region. Today, Dubai attracts investors from all around the world. Dubai is also a fashion capital for its lovers in the Middle East; its fashion suits the special nature of the region. 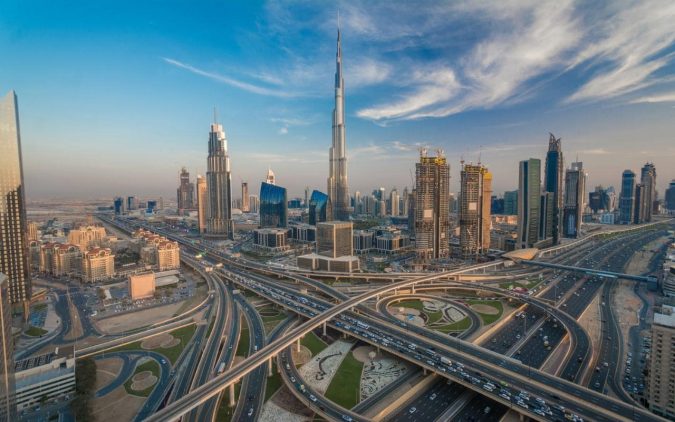 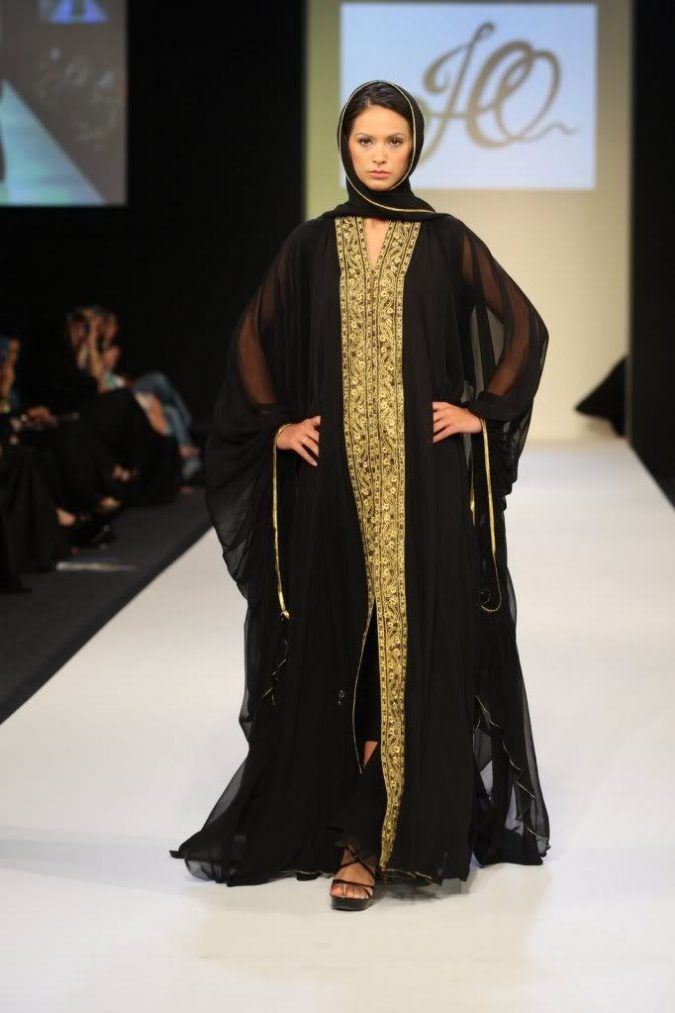 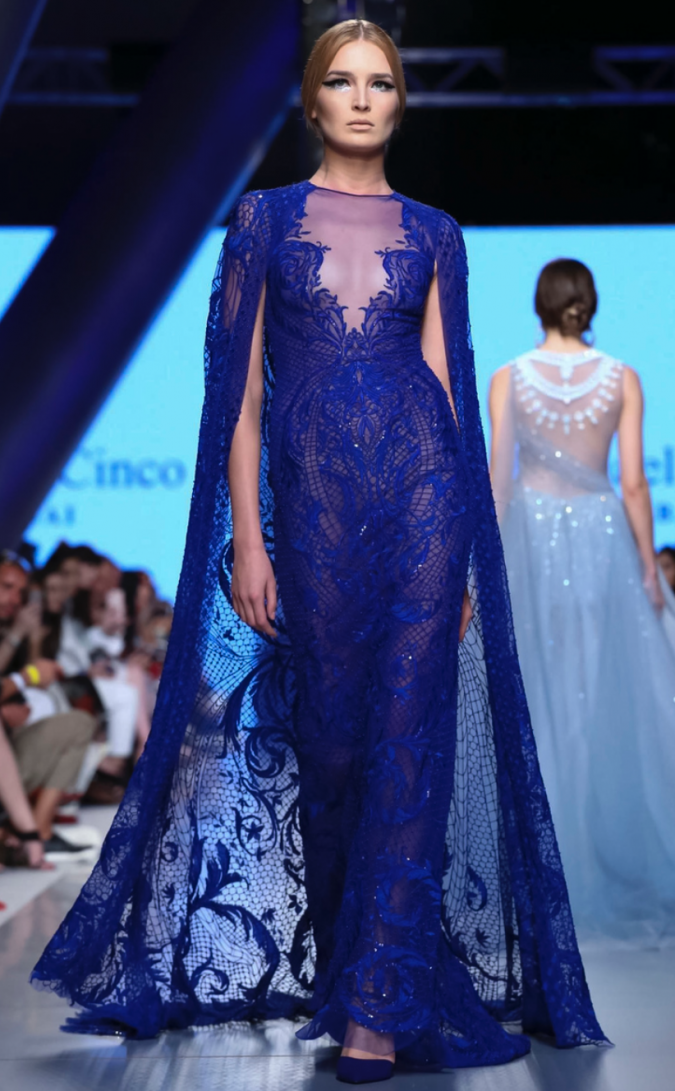 Melbourne has been a state of different cultures. The most important inspiring aspect that influences the designers there is the beautiful landscapes of Australia, which has been contributing to forming their signature in the fashion industry. The city is also home to one of the biggest fashion festivals in Australia “the fashion week”; it is the most popular event in Melbourne that made it the fashion capital of Australia. The residents of Melbourne have their fashion style. 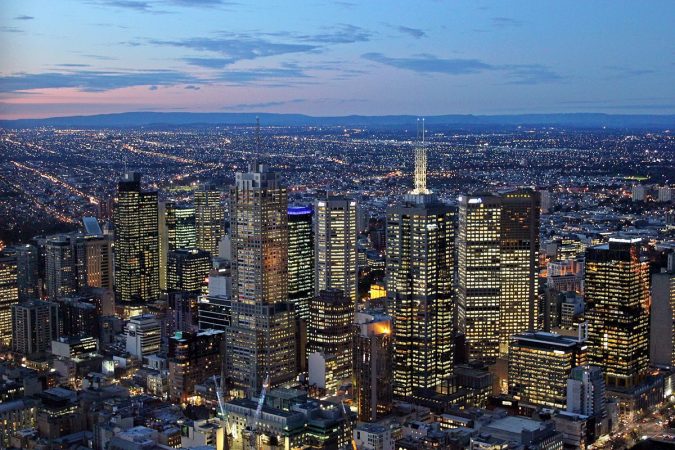 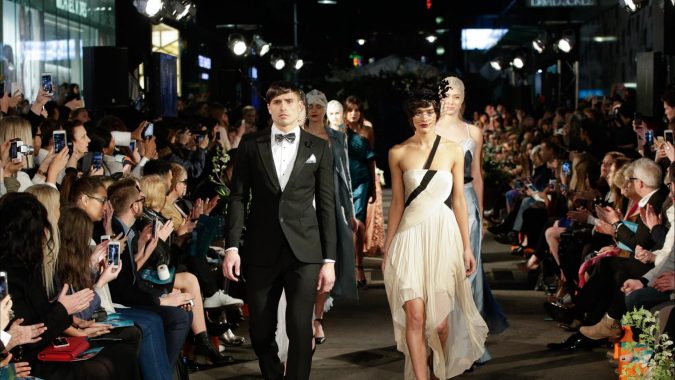 Istanbul is a very inspiring city due to its breathtaking architecture and beautiful landscape. Istanbul is one of the oldest fashion markets in the world. The people there prefer clothes that make them feel comfortable and light; the outfits which you can move everywhere such as blouses, light shirts, skirts, shorts, and trousers. They love colorful clothes and light materials. Istanbul has been successfully attracting the eye of the world towards its fashion lines. 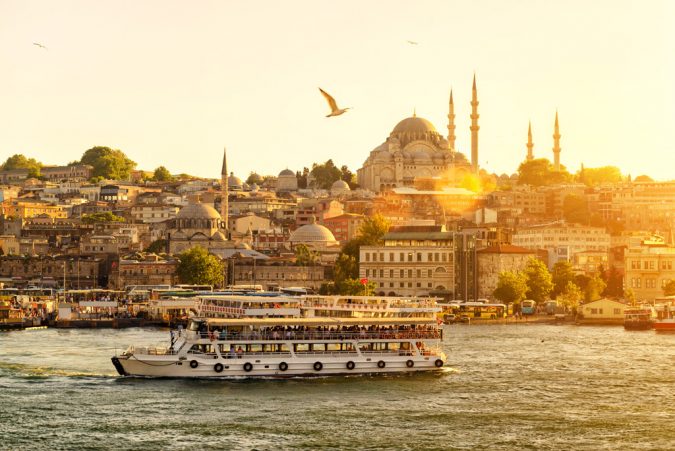 Stockholm is a beautiful city over an expanse of fourteen islands. It attracts tourists to see the beautiful nature, but it also has its mark in the world of fashion and street style. The fashion industry is quite flourished in Sweden. They depend on local brands like Acne Studios to popularize fashion movement. They are not like European contenders as Paris and Italy, but they have been working on achieving a bigger impact in the world fashion industry. 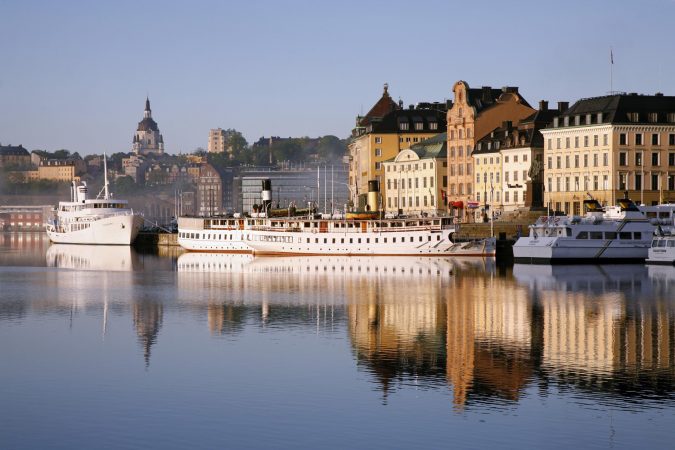 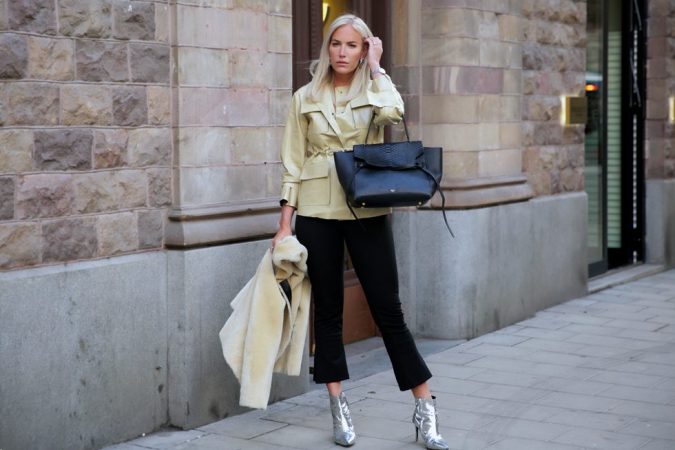 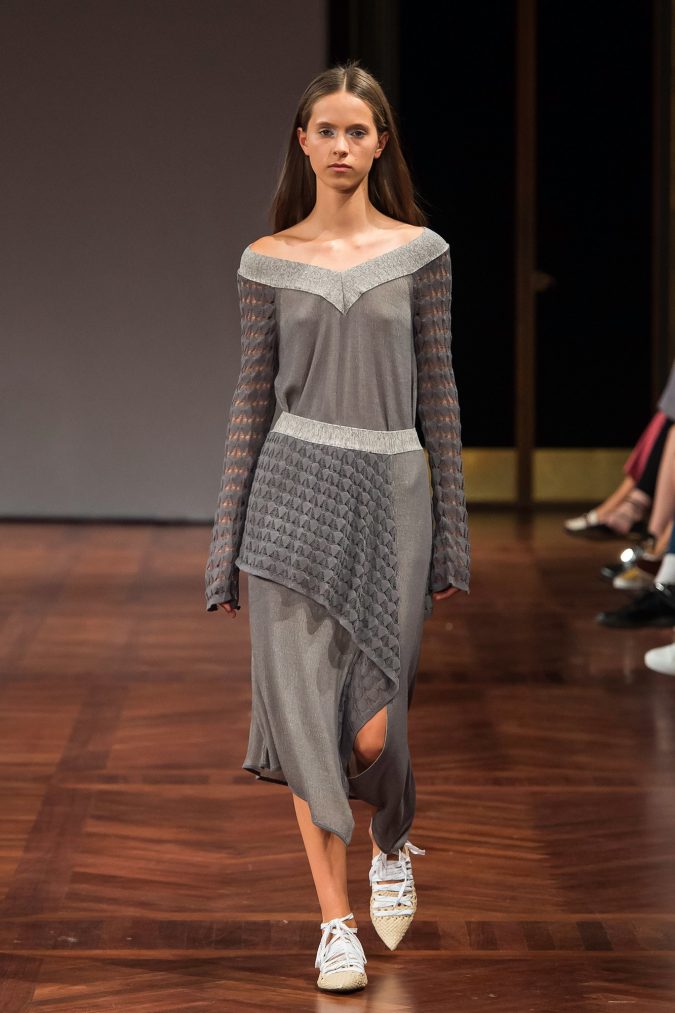 Paris is at the top of the most fashionable cities in this world, and the beginning of the fashion industry was there. French designers concentrate on choosing high-quality fabrics and inspiring designs. Paris is the city of beauty and light as well as fashion. The most famous Haute courtier has initiated in Paris. Paris has carved its name on the top countries in the history of fashion. Paris is one of four members of the Big 4 fashion weeks. The fashion week was launched for the first time in Paris in 1945; it has attracted royalty more than any other fashion event in the world. 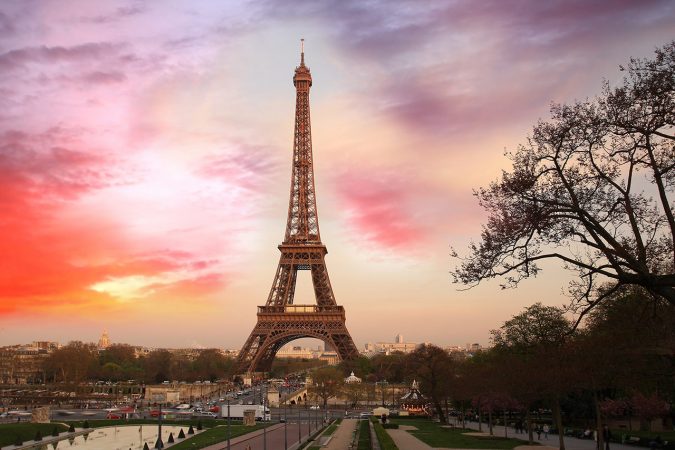 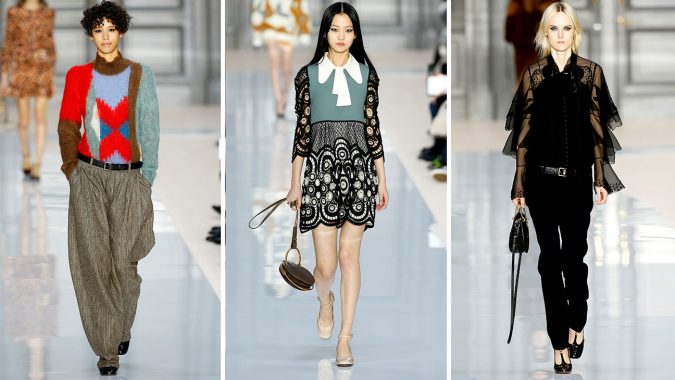 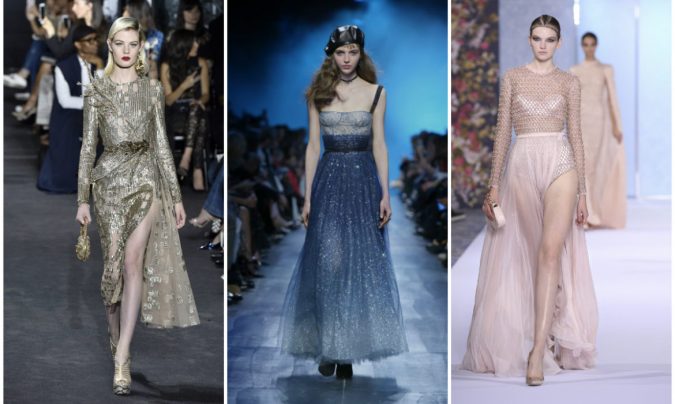 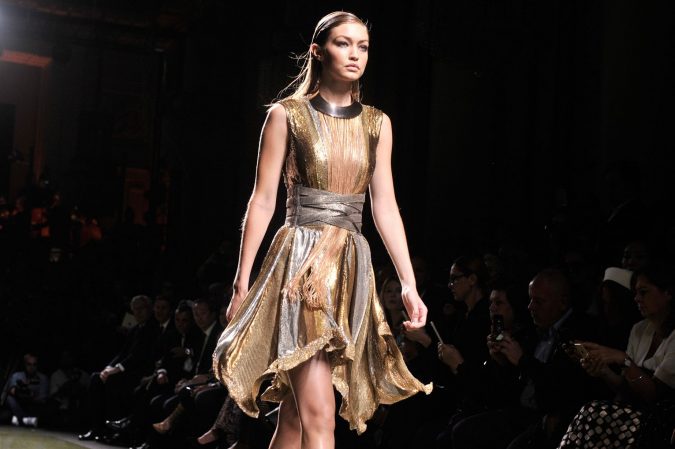 Spain is surely among the top fashionable cities. It has a lot of talented designers and good brands, and it is reflected in people’s style. Most of the people who came to visit the country think that the Spanish people also wear beautiful and elegant outfits, similar to their neighbors, France and Italy, but they do not know that it is their own taste. No doubt that Europe is the first capital of fashion. 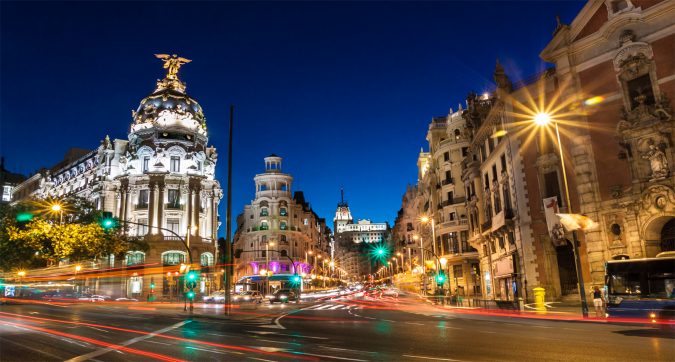 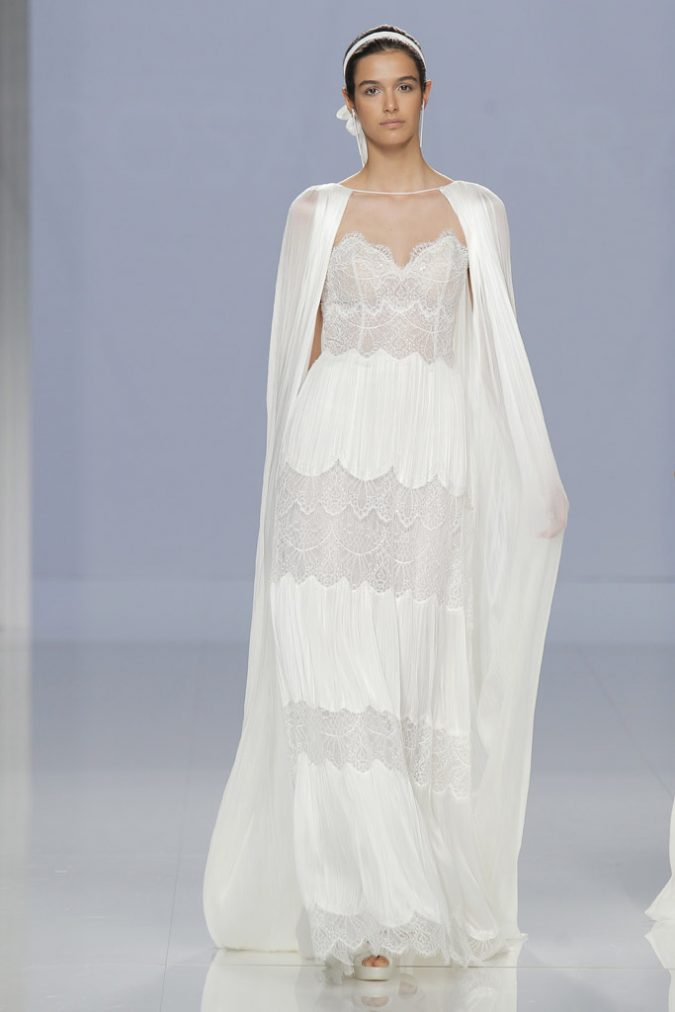 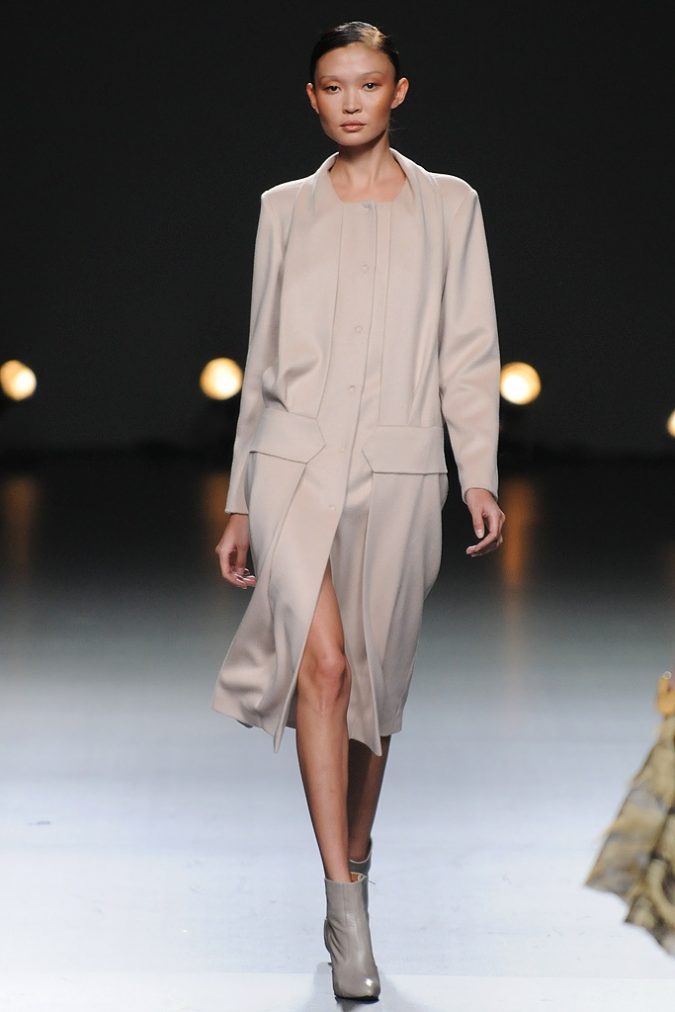 Finally, fashion capitals around the world are rising, and the fashion industry is penetrating the whole world. There are a lot of new talented designers that have appeared on the Fashion platform. The entire world is now thinking and breathing fashion, and that is great!