It is a fact that not everyone believes in, but psychics are real. We might have seen them in movies or read about them in books, but not all of us have encountered them in person, still, that does not change the fact that they really do exist and they live among us, but it is also true that not every psychic would come clean, admitting that they have this special gift, for they might be afraid of rejection or judgement.
What exactly do these people do? Well, they have the ability to read the past, present and also the future. How do they do that? It is exactly where their talent lays; they have the access to information that cannot be reached by the help of the five senses, for this information need more than your ordinary senses in order to be gained; a sixth sense, that is how it is called and that is quite different from the mediumship because people usually confuse them with each other. Here is the difference; the psychic is someone who has the talent to gain a vision of an incident that took place at any time or even of ones that have not even taken place yet while the mediums are people who can connect with spirits from different dimensions. This means that all mediums have psychic abilities, but actually not every psychic has the gift of mediumship, for both can actually see the unseen, but not all of them can connect with the spiritual monarchy. Check out this list and get yourself familiar with the best ten psychics that have ever existed or still do.

10 Edgar Cayce
Edgar Cayce was a teacher at the Sunday school and he was known to be very religious and had a great passion for reading the holy book. He was known to have had the ability to perform psychic readings while he was in a deep sleep, but it was said that the readings do not actually happen when he was regularly sleeping, in fact; it only happened when he used to lay down on the couch and place his hands folded over his tummy talk himself into sleeping and when he fell asleep, he would start answering all of the unplanned questions that were addressed to him. Besides, people had confirmed that his readings were accurate and authentic, covering more than 10,000 topics that he was even called the most documented psychic of the 20th century. A lot of Edgar Cayce readings were kept in a file by The Association for Research and Enlightenment, Inc. in Virginia Beach. 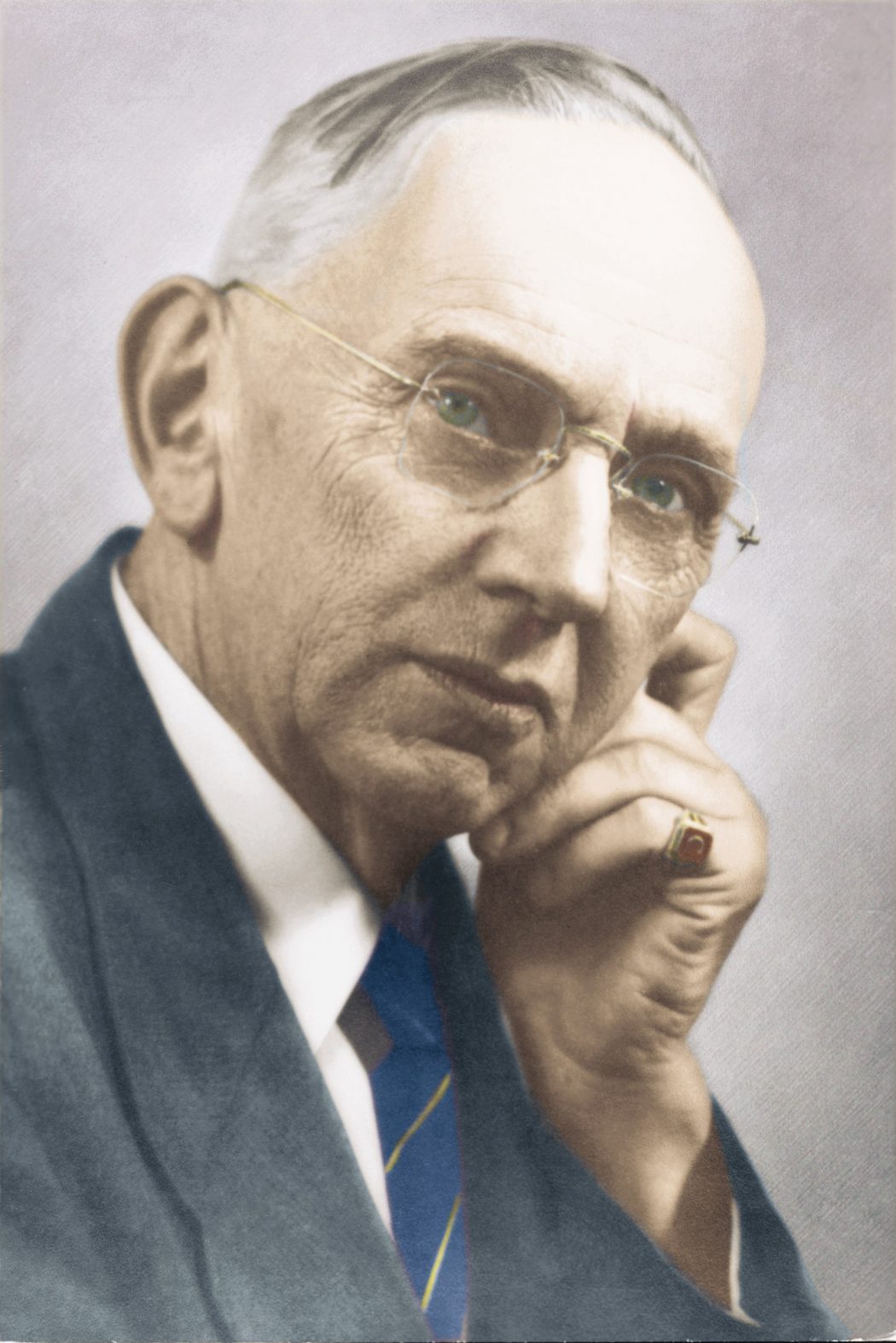 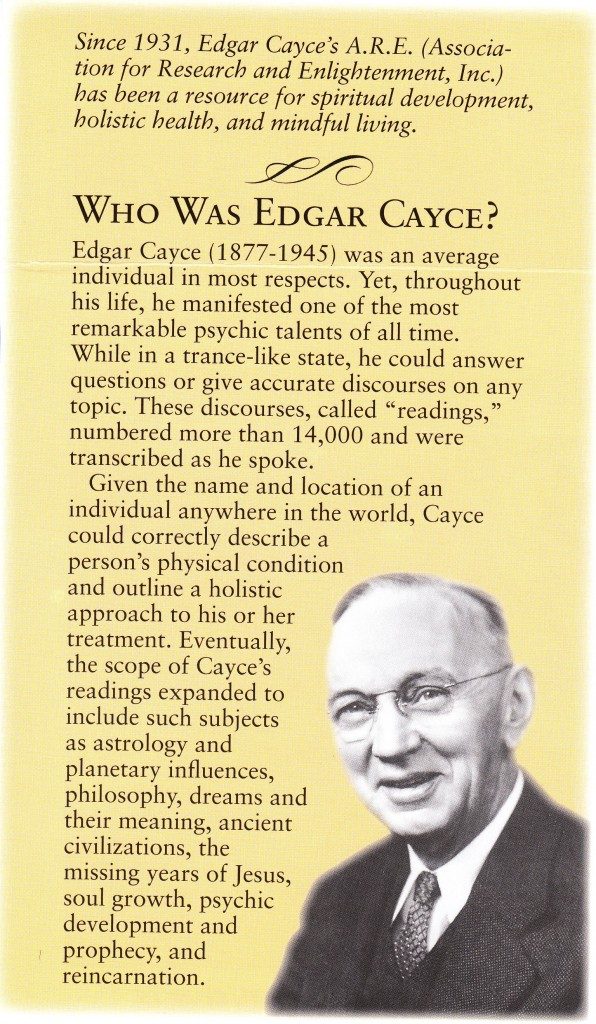 9 John Edward
John Edward put his psychic abilities on display since a very young age when he started telling his parents stories that occurred in the family’s history and incidents that took place long before he was even expected to be born and that is exactly how he gained people’s trust. John was lucky enough to have a family who immediately accepted him for who he was, consequently, that helped him in giving his own abilities the time and effort needed to grow and flourish. Edward had once encountered a famous psychic, Lydia Clare, who praised his psychic abilities, telling him that those abilities would be the reason for him to be teaching and helping people. It was only a few years later that Lydia’s predictions came true and John Edward started his own television show, Crossing Over, where he delivers the messages of the deceased people to their still alive family members. This show was not the only way that John Edward has used to help people, but he also wrote several books, besides; he has his own platform, called Evolve, where he connects with his own fans on a deeper level and support them through their journeys. 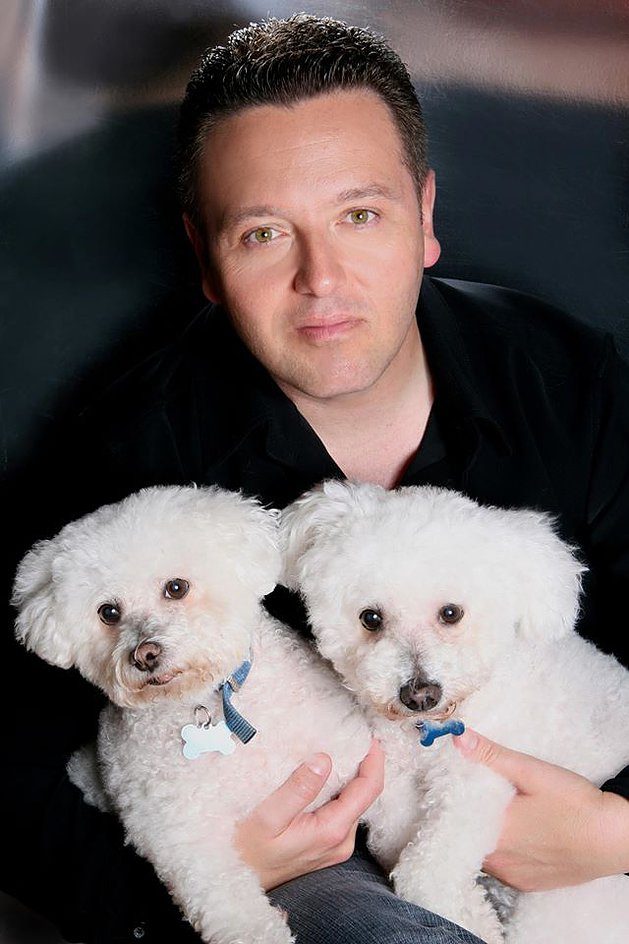 8 Lisa Williams
Lisa Williams took some time to realize that she was a psychic and that is because the spirits she used to encounter were thought to be her own friends and family members who visit every once in a while, but then she realized that she was mistaken as soon as they started to tell her their stories and how they died. Later, she took advantage of her talent by pursuing a career as a full-time psychic medium and then, she started having her own TV shows until she became one of the most popular psychic mediums around the globe. Besides, Lisa’s career was not limited to hosting a TV show, but, actually, she also hosts a radio show on a weekly basis and goes on board on international tours as she has several events being held all around the world. Currently, she started teaching courses in the spiritual development and gives training to younger psychic mediums in order to help them use their special gifts in helping others. 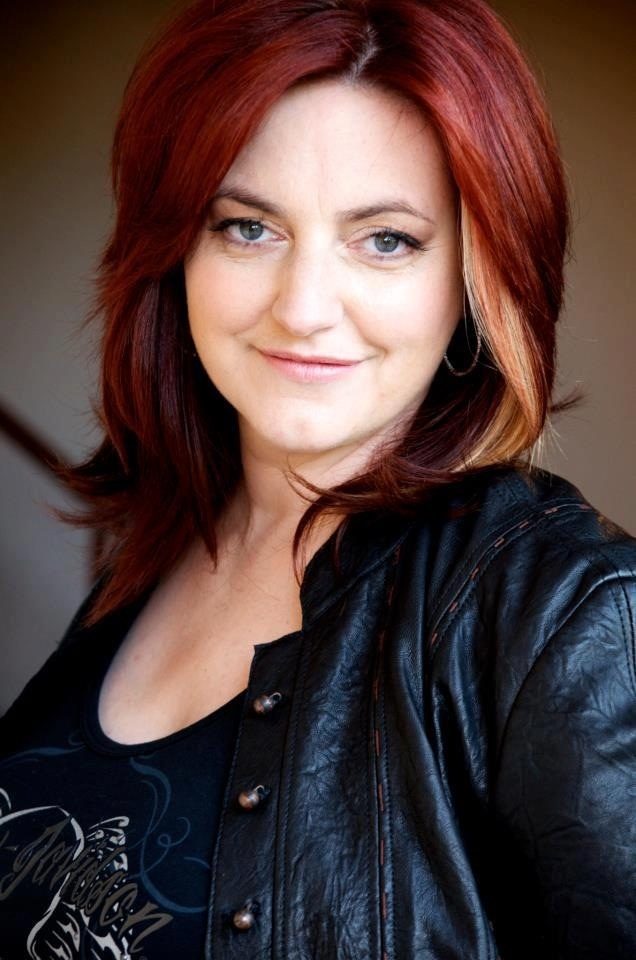 7 Nostradamus
Nostradamus might have existed from a very long time ago, several centuries to be precise, but his fame has been lasting for longer than even he would have known. Nostradamus was an astrologer who had easily become famous because his predictions were accurate, so he definitely succeeded in gaining people’s trust. Nostradamus was actually specialized in medicine, treating people around Europe back when it was the outbreak of the plague, but a few years later, he started considering meditation, especially, that he believed he was getting insights and visions that turned out to be true, so he wrote about his predictions. Back then when he started using his psychic abilities, people believed that his predictions were gibberish that made no sense, but actually, most of his predictions turned out to be factual and accurate. No wonder he is still known and popular now just as much as he was long years ago. 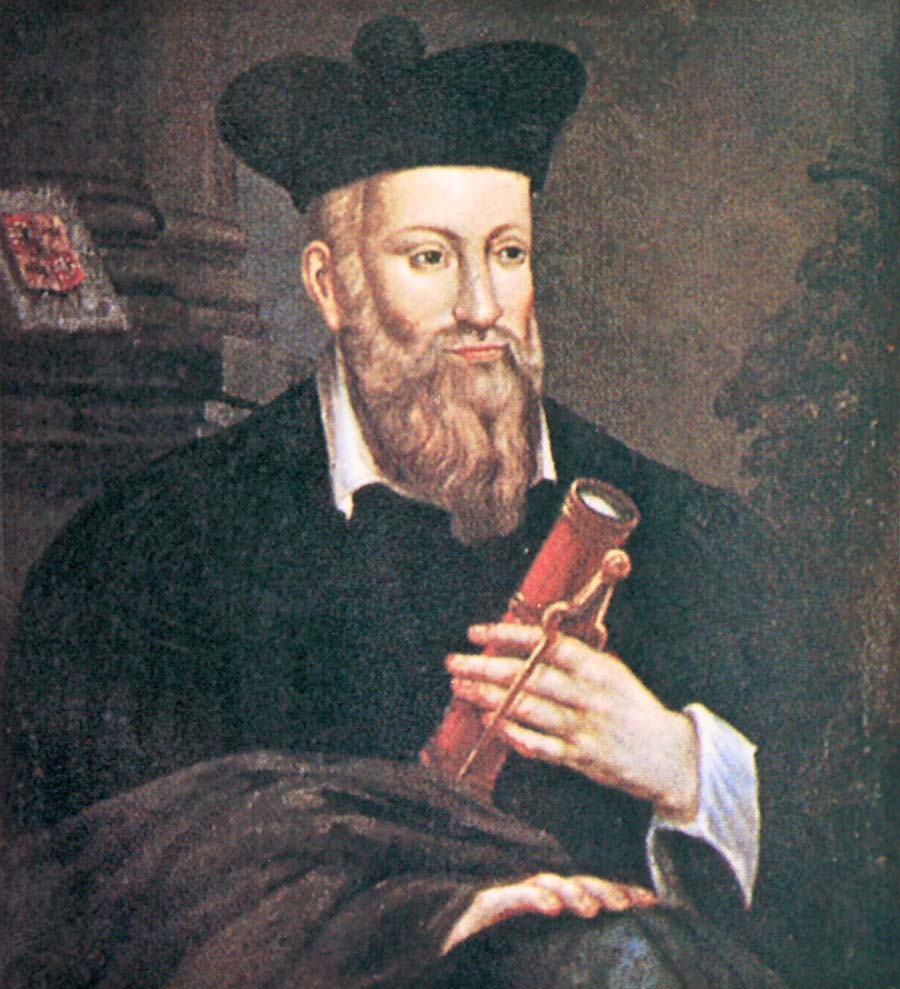 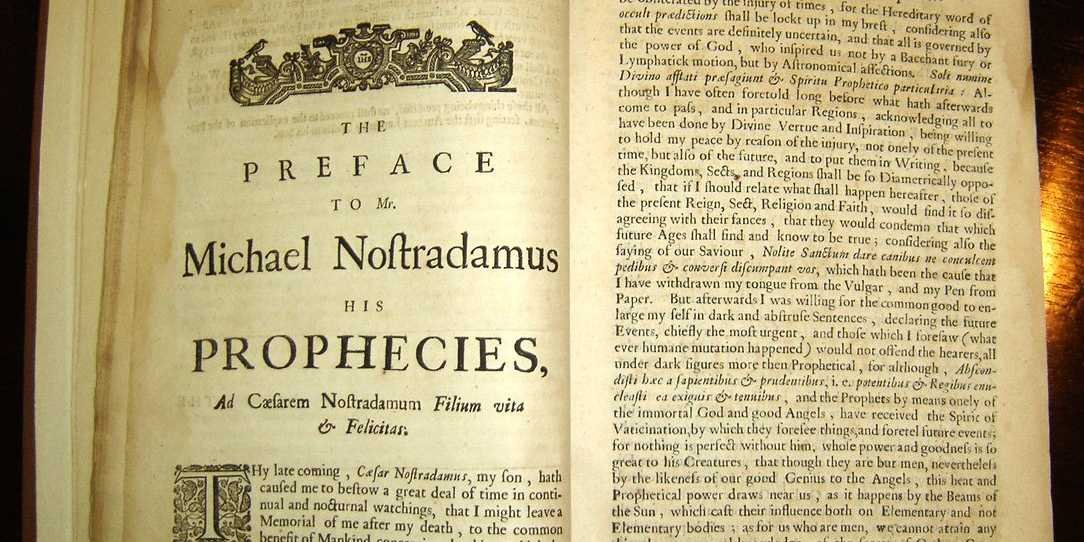 6 John Holland
John Holland stated that as soon as he was born, he believed that there was something different about him compared to all the other family members, but he still was not quite sure where that difference lied. When he grew up, he showed interest in that spiritual field by enrolling in the Arthur Findlay College for psychic mediums in the UK, but, actually, John spent 30 years of his life unaware of his own special gift until he was involved in a deadly accident that augmented his psychic skills and helped them to float to the surface, as a result, he spent more than two years in UK working with some of the best psychics. Like a lot of other psychics, John has written and published more than a book and he worked as a host in the Psychic History Show and, currently, he works as a host on a radio show on Hay House. 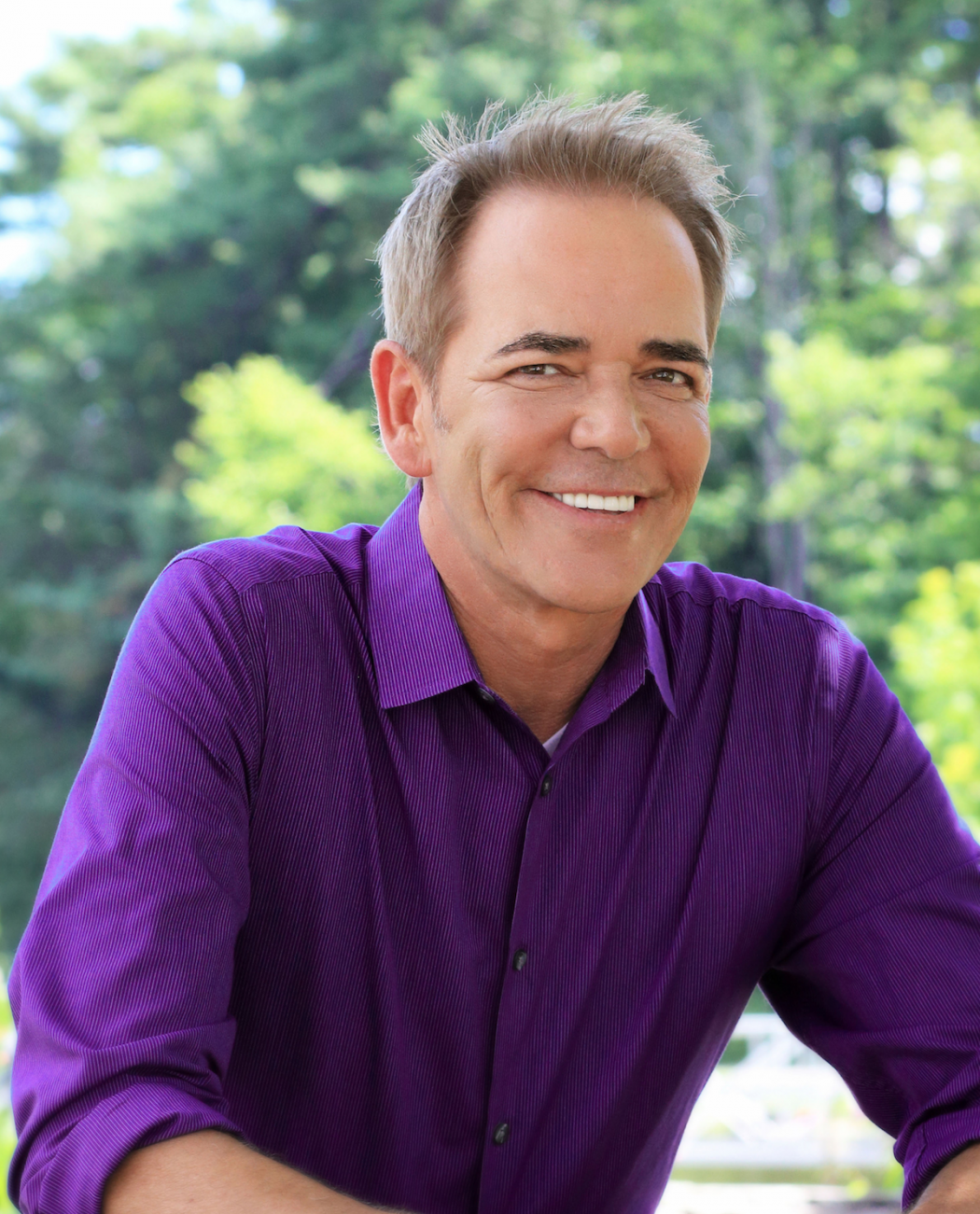 5 Jeanne Dixon
Jeanne Dixon was born and raised in the United States. Jeanne’s psychic skills were revealed by a random gypsy and she actually gained popularity when she was featured in an issue of the Parade Magazine in 1956 after she predicted that assassination of John F. Kennedy. Jeanne’s mother was so supportive and she deeply believed in her daughter’s abilities and that was the reason that Jeanne had written seven books.
Jeanne Dixon was actually one of the most famous psychics in the United States that even in the 60’s; there was a published book that was written about her by Ruth Montgomery, called A Gift of Prophecy: the Phenomenal Jeanne Dixon and the book was one of the top best sellers back then. Dixon passed away in 1997, but she is still known to be one of the best psychics that the world has ever known. 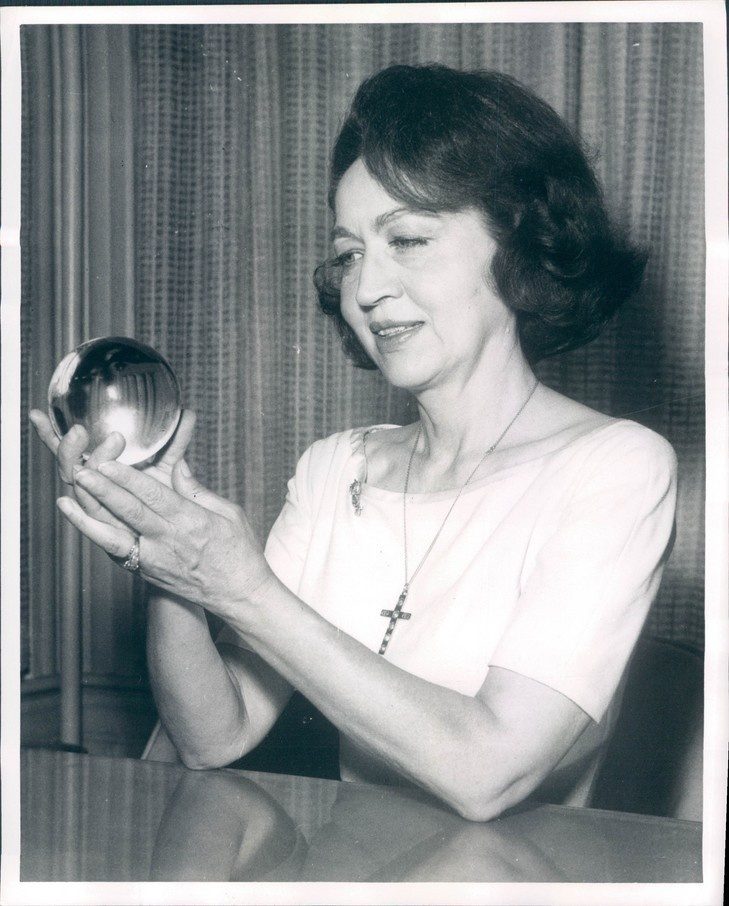 4 Sally Morgan
Sally Morgan’s psychic abilities started showing as early as she was only 4 years old, believing that her psychic abilities were passed down to her from her own grandmother. She also used to casually give readings to her own friends when she was young, but that helped her to pursue a career as a psychic medium and she became so popular that most of her clients were actually celebrities and well-known figures. Sally became famous in 2007 when she was the host of the TV show called Star Psychic and her abilities were verified by a Professor who graduated from Harvard University with a Ph.D., called Gary Schwartz and he was actually the one who rated her as one of the best five psychics around the whole world. 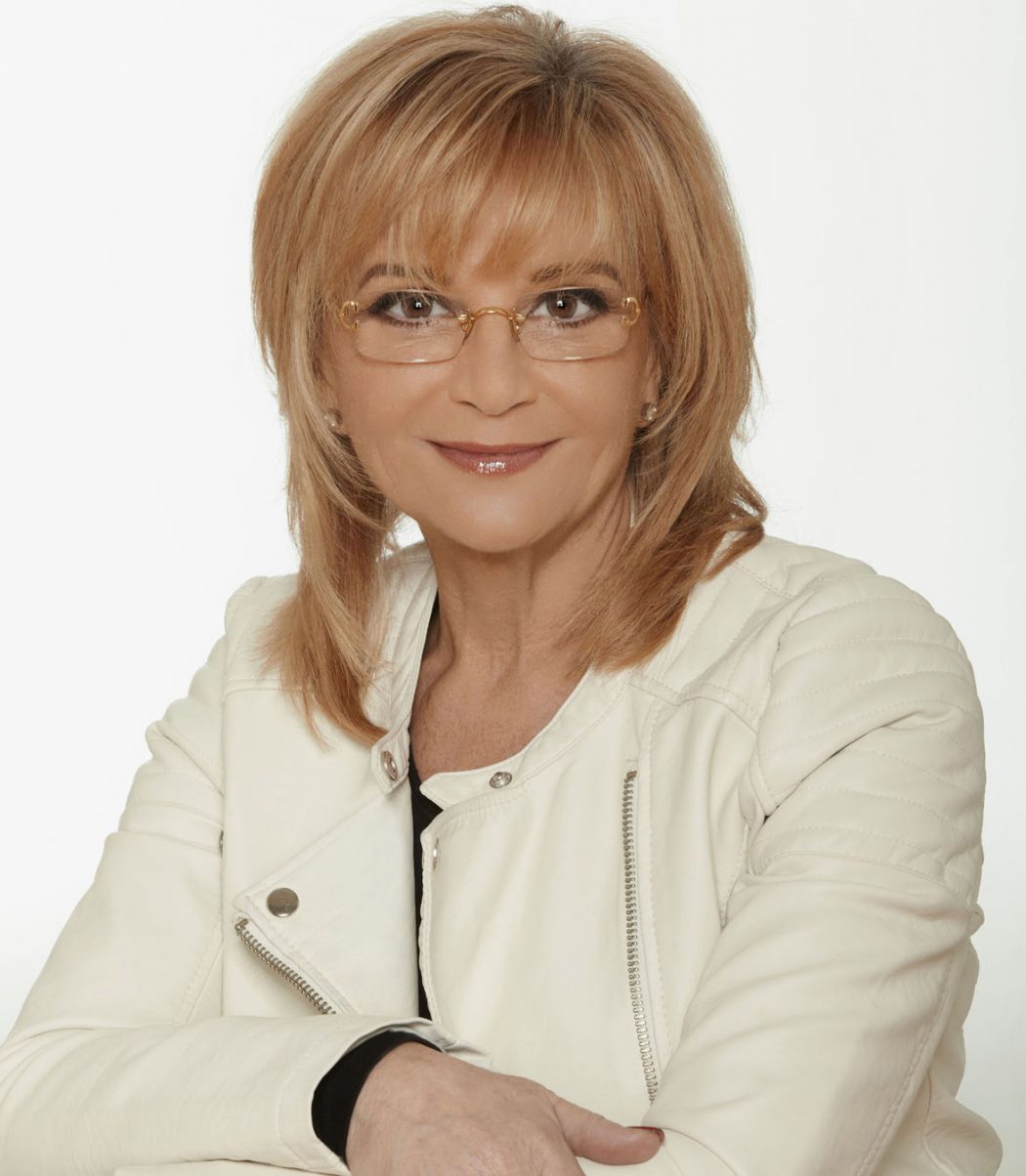 3 Matthew L. Fraser
At the age of only 4, Matt started meeting the spirits of a lot of deceased people in his own room, hearing and seeing them clearly. He said that he inherited this gift from his own grandmother, but he also said that as special as this gift is, it used to scare them a lot, so he tried to keep it a secret as long as he could until he was a teen and he realized that these abilities were given to him to use them in helping others. 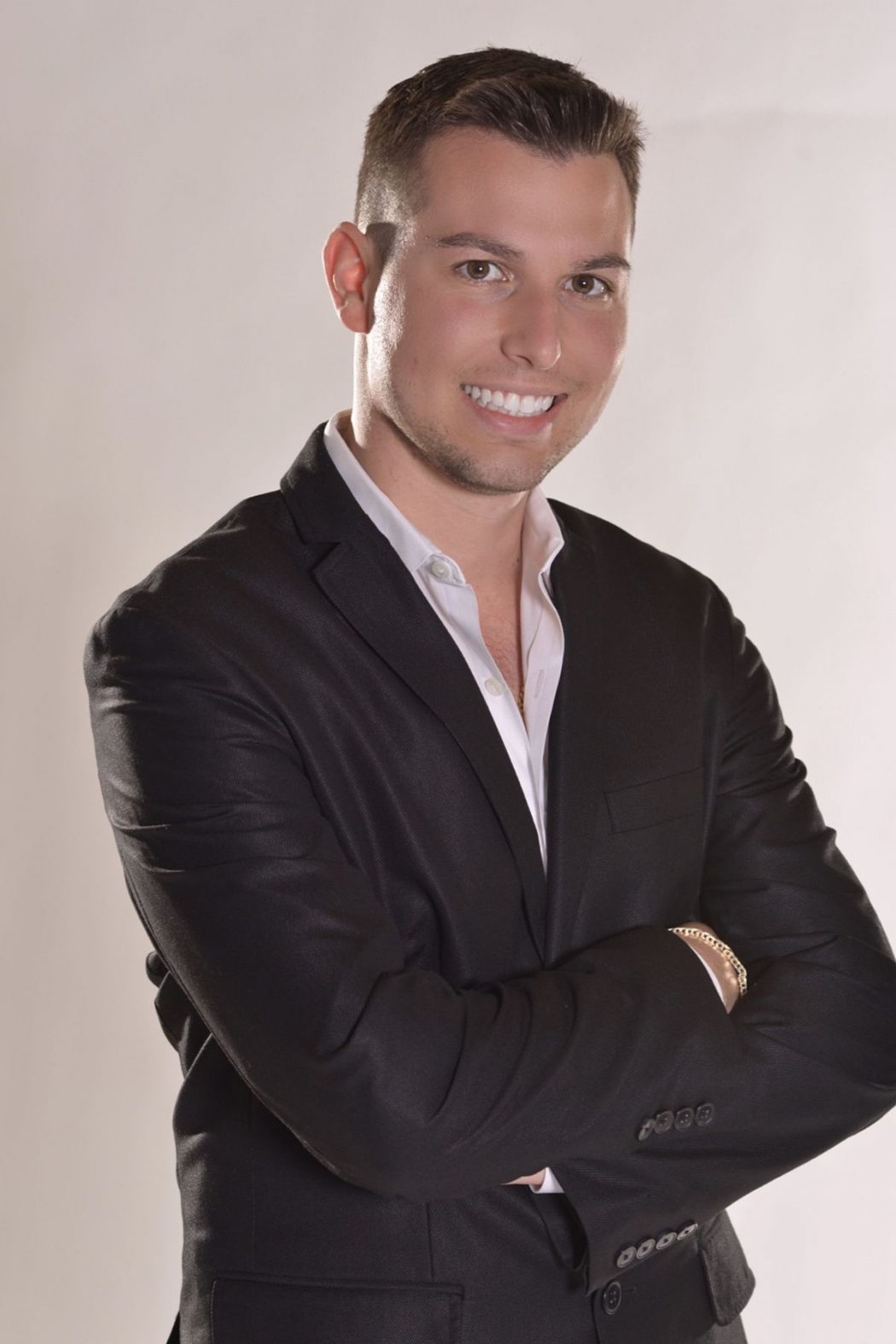 2 Theresa Caputo
Theresa Caputo said that he always felt the existence of spirits and souls all around her since she was a kid, but she never knew how she can communicate with them until she grew up to be in her 20’s. Later, after Theresa learned how to connect with spirits from a different world, she started working as a psychic medium ever since and she also has her own live TV show. She has written several books about spirituality that she is deemed to be one of the New York Time best-selling authors. 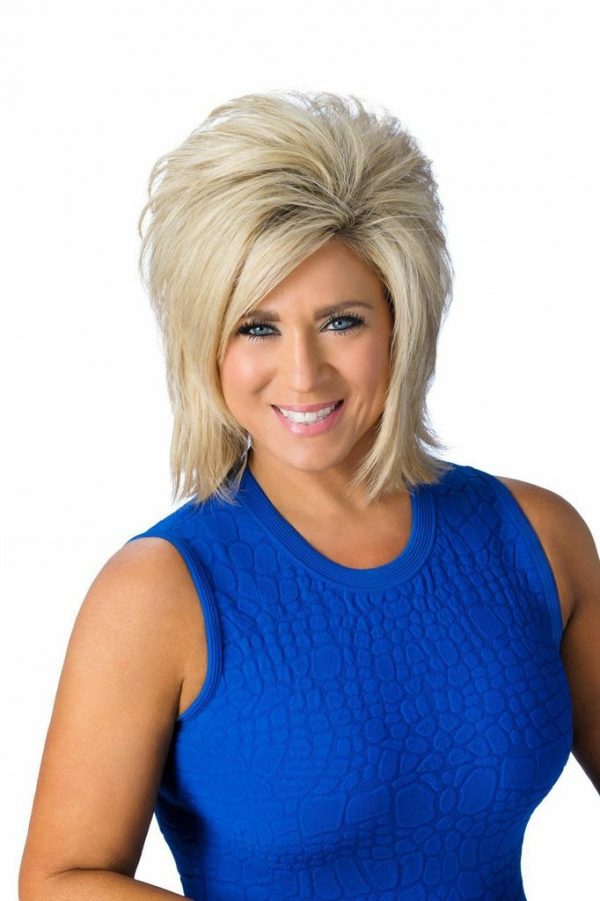 1 James Van Praagh
James Van Praagh is more known to be celebrity-medium, for he assisted the Executive Producer of the popular TV series, Ghost Whisperer. James is deemed to be an innovator in the world of spiritualism, for he has been conveying awareness about the whole matter of mediumship for long years now. James has used several ways to deliver to the public the important message that states that we are all eternal spirits that are destined to return back to our true home which is the Spirit World; these ways included writing books, conducting classes, TV shows, and social media. 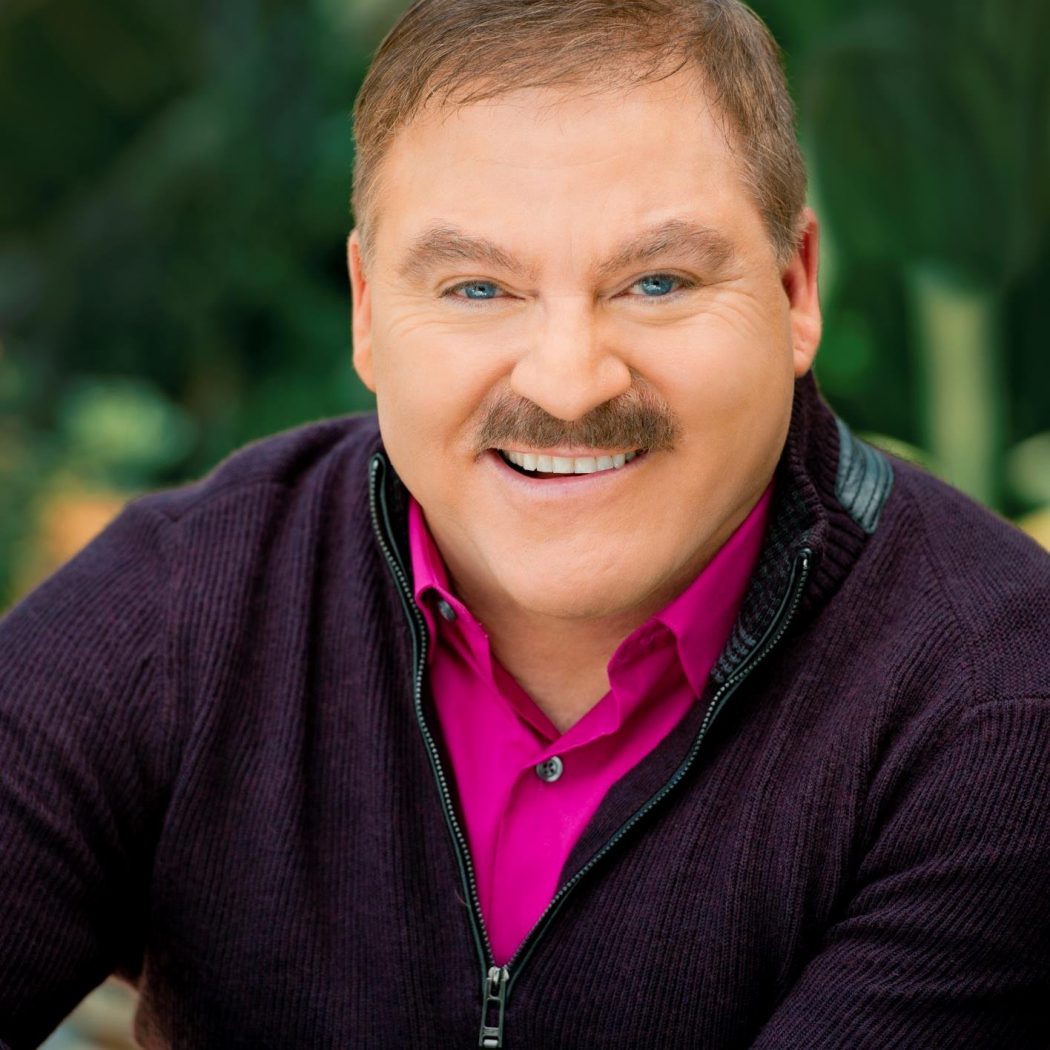