Almost every single person who appreciates the beauty of things will agree that art is fantastic, but actually, not everyone is familiar with fantastic art; we are not referring to art that looks fantastic, although it still has the same meaning, we mean a specific genre of art that is known as the fantastic art or the fantasy art. This kind of art, in particular, has been around since very old centuries, but it was not taken seriously by other artists and most of the people as well, for it is said that fantasy art has actually stemmed out from the mythologies that were related to either the cultures or different religions. In other words, fantasy has been observed by everyone for as long as museums have been around because they are the places where you get to see statues and sculptures that represent mythic things and figures such as the Greek gods, spirits, demons, dragons and much more. This kind of art is precisely about taking what we observe in reality and add to it some dreamy and unrealistic thoughts and emotions that, eventually, get implanted in people’s minds and might as well be passed down to other generations.

What makes fantastic, or fantasy, art interesting is the fact that it does not belong to a specific school of art or a certain time in history, but actually, it is recognized once seen: besides, this art does not only exist in paintings and different portrays, but it has also been illustrated in literature and known as fantasy literature which, eventually, can turn into a marvelous motion picture or it can be found in photography as well. Certainly, a lot of artists have embraced this kind of art, providing us with the best masterpieces ever.

Check out the best ten fantasy artists who exist around the world: 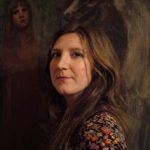 Stonemaiden is actually the name Julia Helen gave to her website and Facebook page. Julia Helen Jeffery is a talented Scottish artist who has shown interest in art since a young age especially the fantasy art since she loves portraying mythical stuff such as elementals, ghosts, fairies, dryads, Victorians, hedgehogs, Victorian ghosts, hares and whatever might emerge out of these characters. Consequently, she studied painting at The Glasgow School of Art for pursuing a career that fits her preferences perfectly. Later, her work that was all about fairies and fantasy became kind of popular and a lot of people showed interest in her art. The popularity she gained in such a short time has made a lot of her works get featured in plentiful international fantasy magazines, albums, and books. In 2013, Julia Jeffrey has had her very first tarot deck published and it is known as The Tarot of the Hidden Realm. 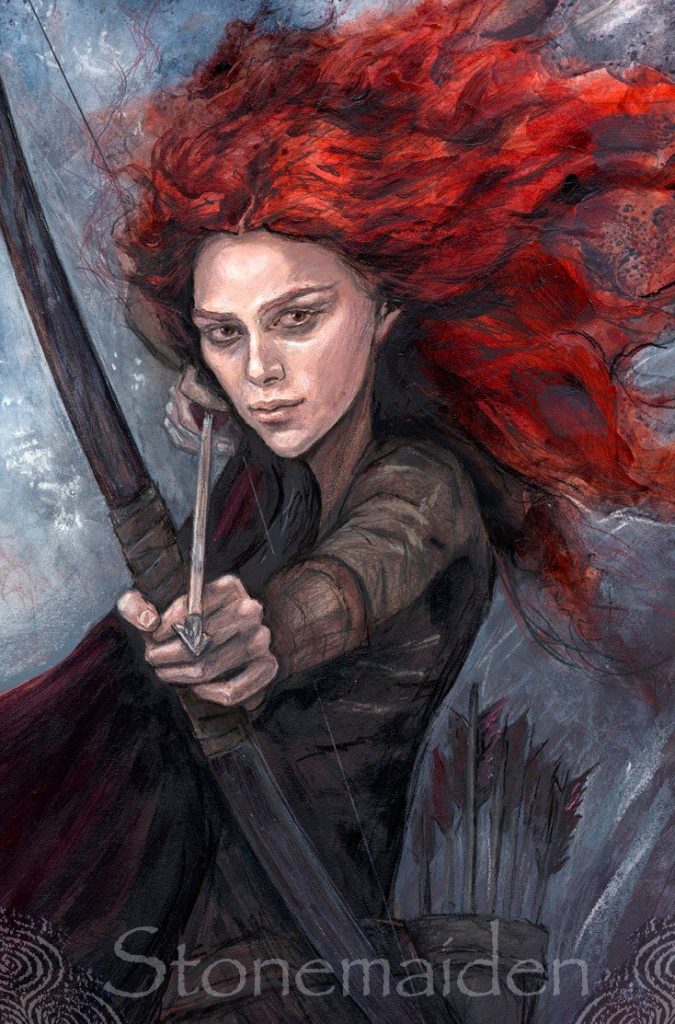 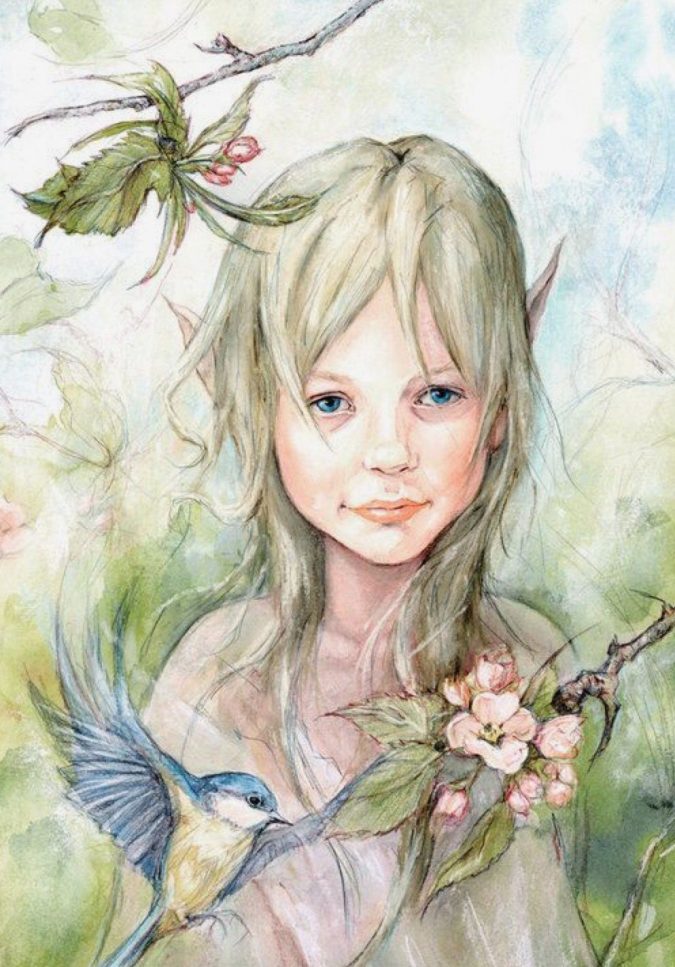 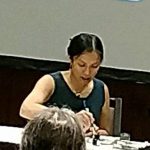 Stephanie Law is one of the most prominent fantasy artists in this field. She has grown up in California where she got the chance to live near natural hills on which there were a lot of branches and oaks which actually came into life in Stephanie’s own paintings. In 2004, she started fulfilling her own passion by going on board through a project of her own known as The Shadowscapes Tarot and, five years later; it was released by Llewellyn Publishing. Law also worked with several publishing companies as well as fantasy gaming ones; later, she started exhibiting her work with both solo and group shows; besides, she has been a member in group shows with galleries that are found in several states including San Diego, Nashville, and San Francisco. 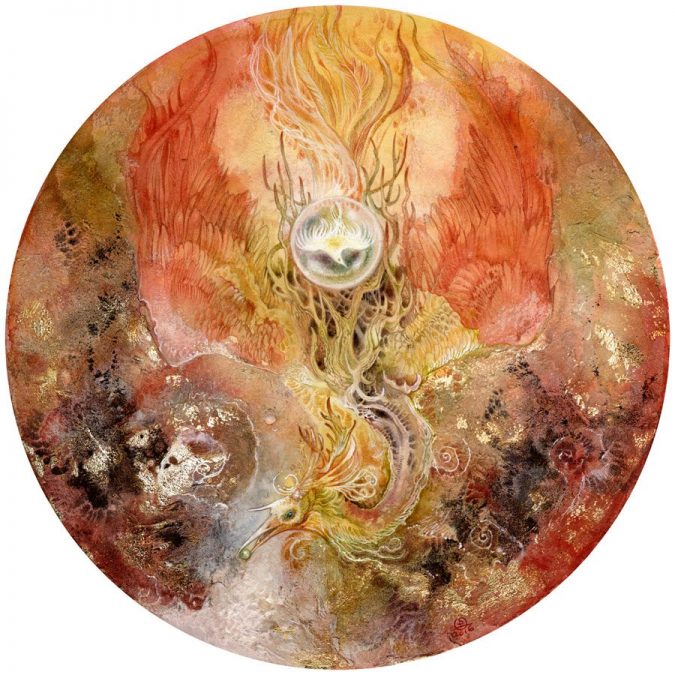 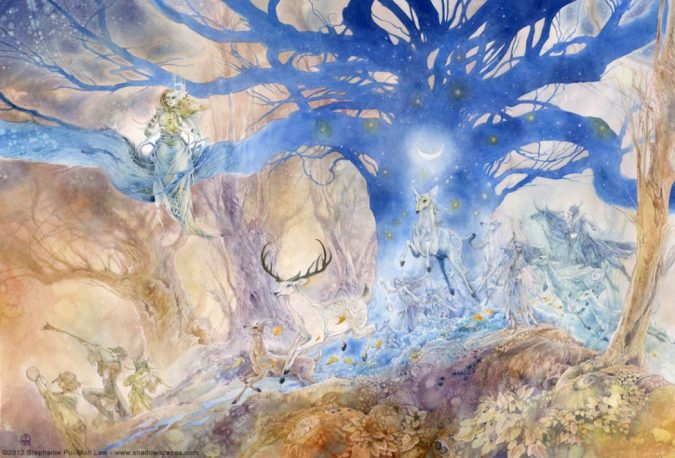 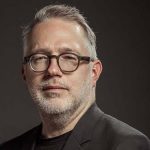 Tony DiTerlizzi is deemed to be the New York Times bestselling author who has been featured in a lot of different magazines and journals, including Time magazine, USA Today, CNN, PBS, the BBC, and The Today Show. For over twenty years, Tony has been creating several books for children; his stories are famous for being full of imagination and fantastic stuff that grab the attention of young kids. Tony has worked with Holly Black in creating a series known as The Spiderwick Chronicles; the series showed a great success since over million copies of it was sold and later it was adapted into a motion picture that has been translated for over thirty different languages. Teaming up with Lucas Film, they cooperated in modifying the story of the original trilogy of Star Wars. 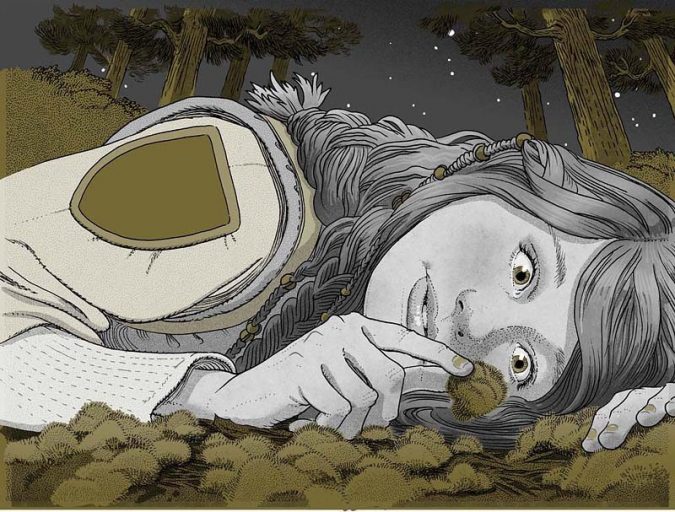 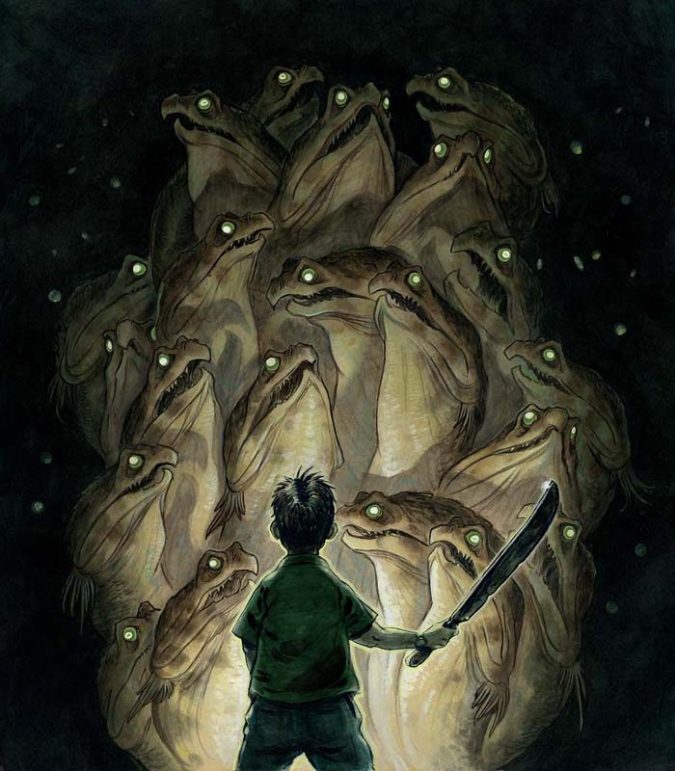 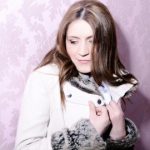 Lisa Parker is an English artist who studied Natural History Illustration at Bournemouth & Poole Institute of Art & Design and has always shown interest and passion for wildlife as well as the fantasies that include witchcraft and fairies; consequently, she represented these magical twists in all of her paintings. Upon graduating, she worked as a freelance artist and made a great career for herself; besides, she appeared in several shows and had her artwork presented in high-status scenes such as The Mall galleries and Madison Avenue. Currently, her artworks are passed to a lot of different companies that include The Mountain T-shirts, Fournier, and Nemesis Now. 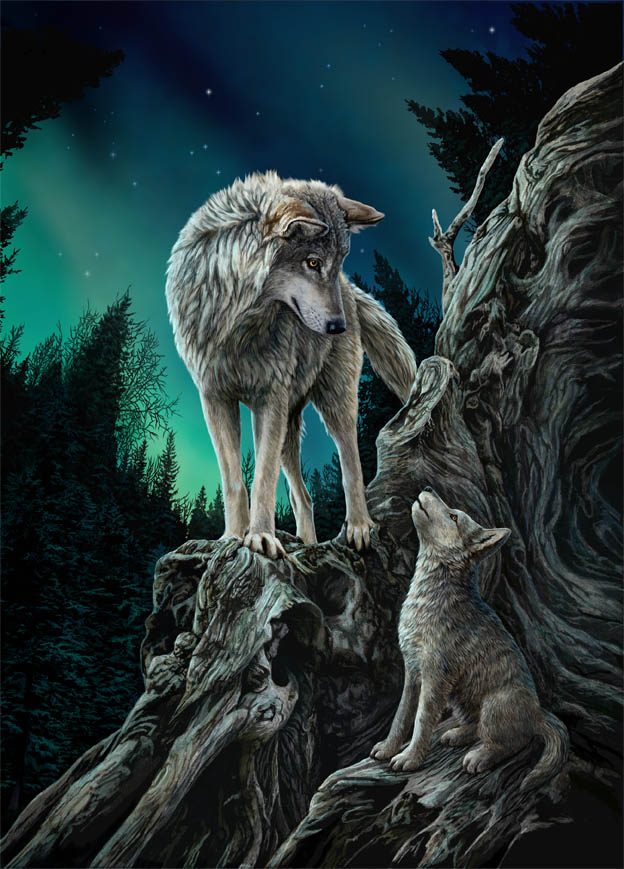 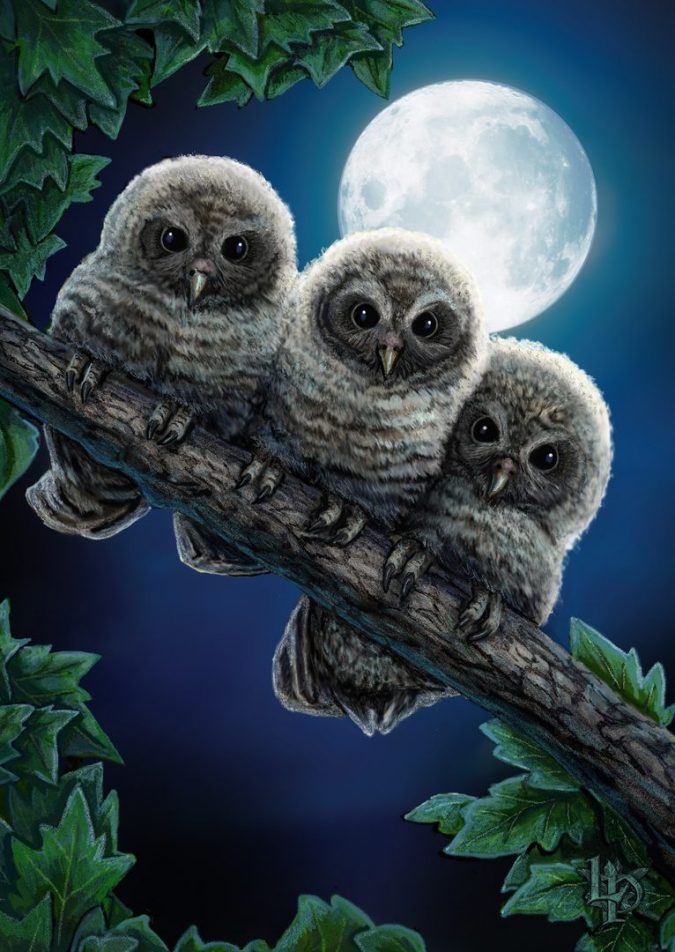 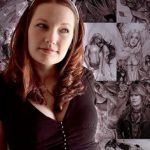 Selina Fenech is an Australian-Maltese artist who became popular for her exceptionally cosmic imagination. She has always loved the stories that were about magical creatures and mythical fairies, and she enjoys drawing as well; she has created several artworks that were inspired by the fantasy illustrations in the books she read and these works include enchanted creatures and goddesses.
Her exceptional art has earned her a lot of fans from all around the globe. She started making a living out of her passion by the time she was twenty-three, selling her own artwork as well as handcrafted gift designs; she has also written various novels and books. 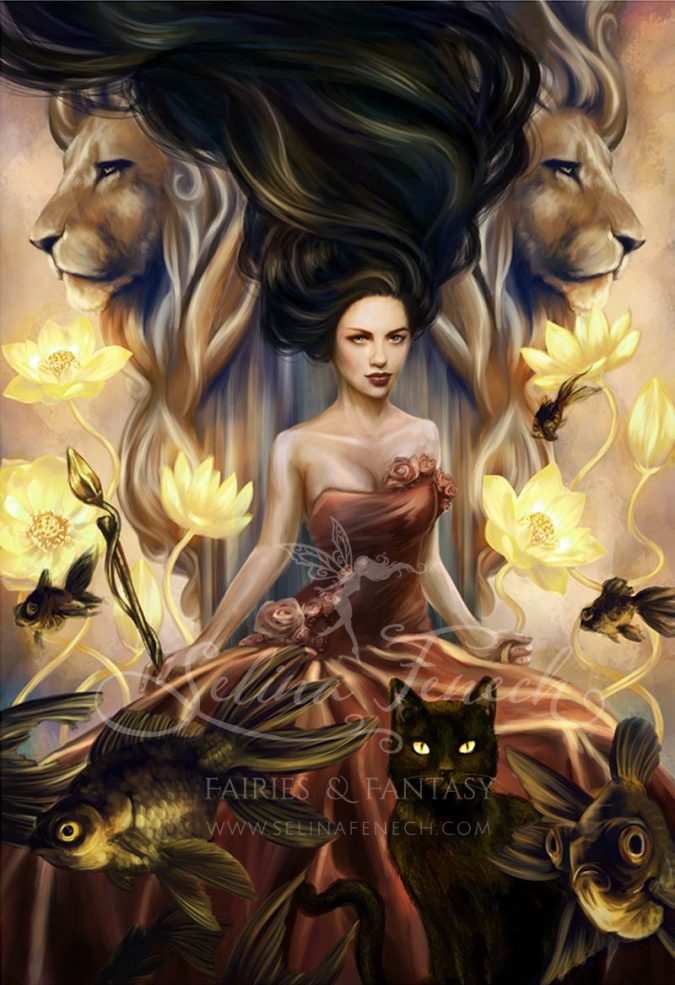 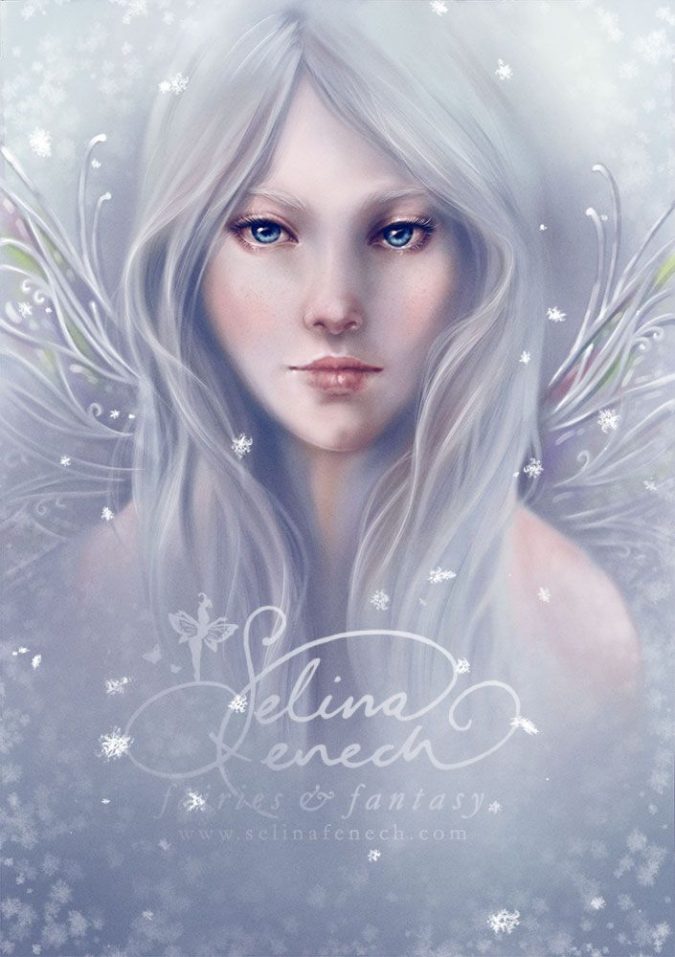 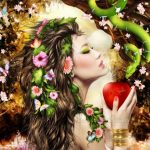 Denise P. Garbis is one talented fantasy artist. Needless to say, the magical beauty and unrealistic creatures illustrated in her pictures show how fond she is of the fantasy world. Like many other artists, Denise always loves to add magical spirits that seem to be loosely roaming around the picture; besides, her vast imagination aids her in creating beautiful enchanted creatures and pretty goddesses with magical wings in a way that no one else can. 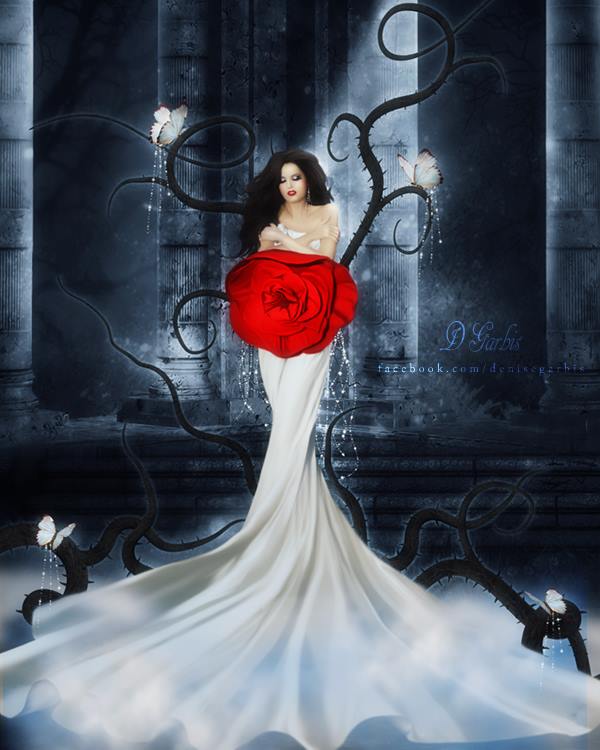 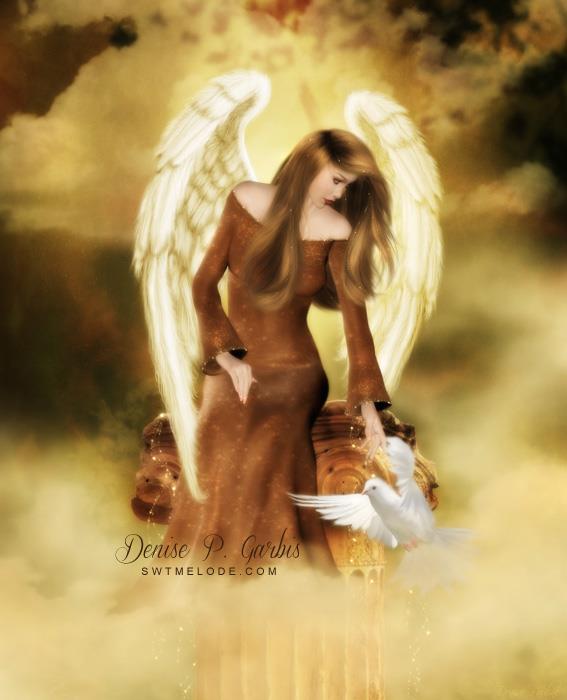 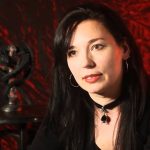 Anne Stokes is an English fantasy artist whose artwork has been featured in a lot of motion pictures and shows. She started her artistic career by selling designs for famous bands including Rolling Stone and Queen. Moreover, she designed T-shirts that have always been worn by celebrities, especially, the musicians and one of them was chosen as an outfit in the popular movie Charlie and the Chocolate Factory; besides, she worked as a sculptor as well as jewelry designer, produced a lot of her items specifically for Harry Potter as well as Terry Pratchett’s Discworld.
Later, Anne Stokes became a full-time freelance illustrator and she worked on a plentiful of games, books, and record products; she produced concept art and diagrams for Dungeons and Dragons. Over the years, Anne has progressed and had her own creations and fantasy dominated paintings exhibited until her work has been far and wide much-admired and highly praised. Moreover, Anne has written a numerous of books that have been published and she produced a lot of works that are being sold all over the world, including T-shirts, posters, book covers, calendars, jigsaws, tarot cards, sculptures, mugs, jewelry, greetings cards, and a lot more. All of that has taken place after she has worked with Art Ask Agency who aided her in gaining her license for her items to some of the world’s bestsellers products. Obviously, her designs are recognizable, for they are always portrayed with a fantastic brush that includes magical bewitched Forest and the dark underworld of gothic vampires. 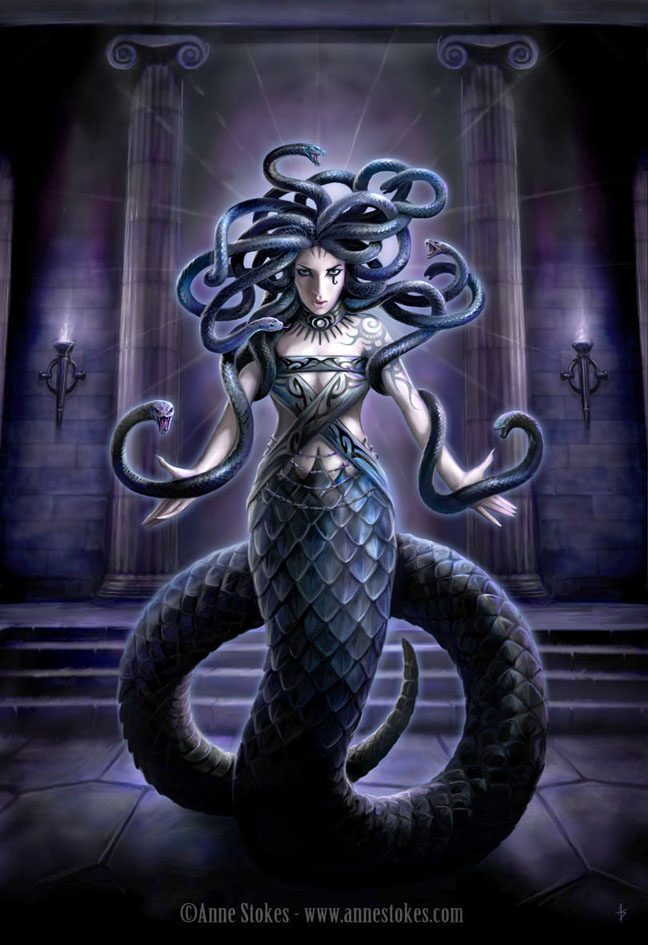 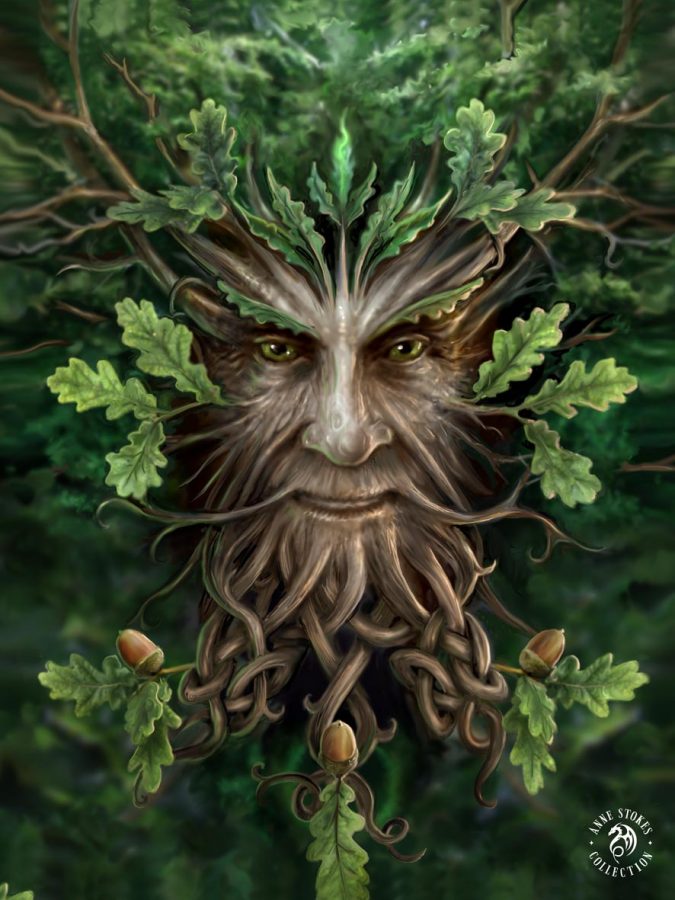 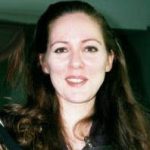 Nene Thomas has begun her art career when she worked with Wizards of the Coast; a company with which she contributed to produce the popular card game known as “Magic: the Gathering”. Nene also worked with a lot of other CCG companies that included WotC for long years, but after some time, Nene decided to be self-employed and wanted to work on a story that she has been writing since her high school years. She shifted from being a contract artist, which was a profitable career, to be a print artist, for it seemed more interesting and fulfilling for her own passion. So she learned how to produce a piece of artwork that was both profitable as well as creative and imaginative.
Companies started to approach Nene in order to have her work produced into a wide assortment of several products which include statues, t-shirts, key-chains, bits and pieces, calendars, journals, art books, pins, mugs, magnets, stickers and much more. These products can be found in a plentiful of retails all around the world. 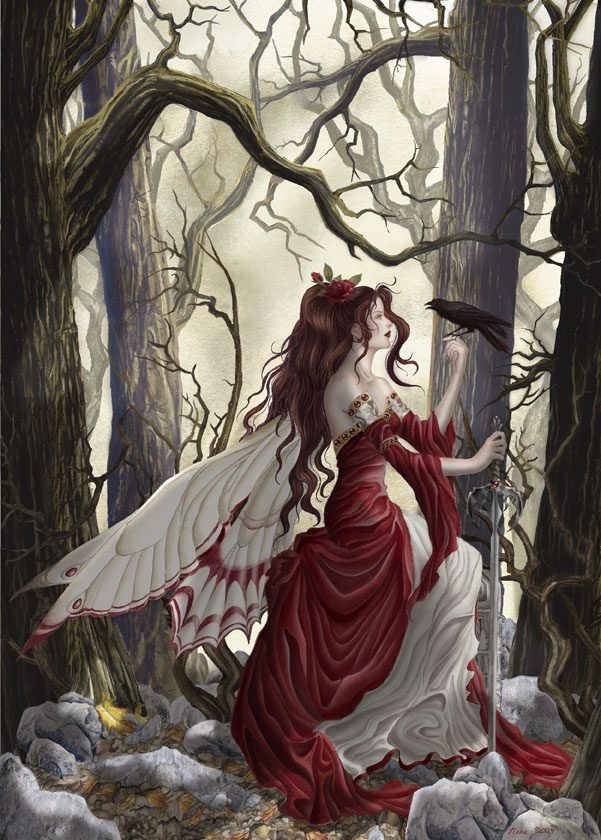 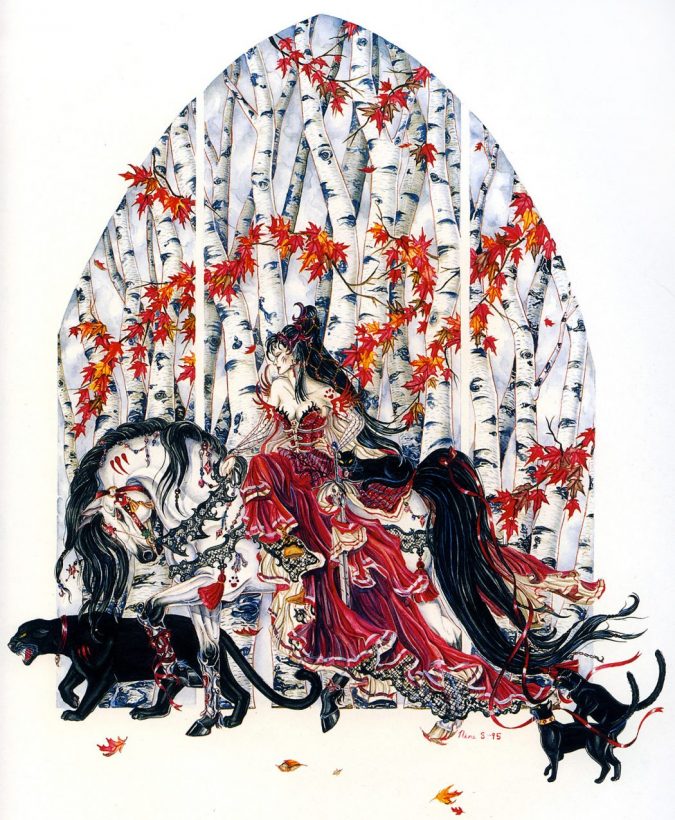 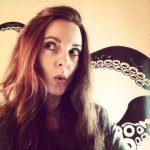 Amy Brown’s art is usually recognized, for it is always about fairies for which she seems to develop characters and traits that always look dominated in the portrayal. However her art career seemed more like a fate rather than a choice, seemingly she loves what she does, for she is very good at it. Here is the story; Amy loves painting fairies, in particular, and other stuff, in general, since she was a young girl, but she never considered painting as a career; she used to work in an art gallery and once her boss asked her to paint anything for filling an empty frame, she did and it was sold just a few days later and since then, she started painting and having her painting sold in no time until she became inadvertently addicted to it. She started selling her works in local shops and street fairs until she had her own website where she sells her artworks and that is what she has been doing for over twenty years now. 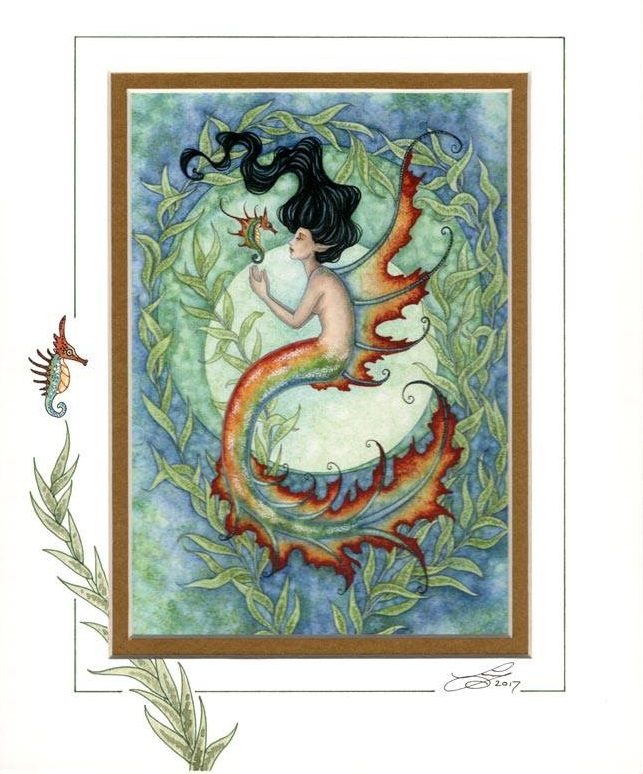 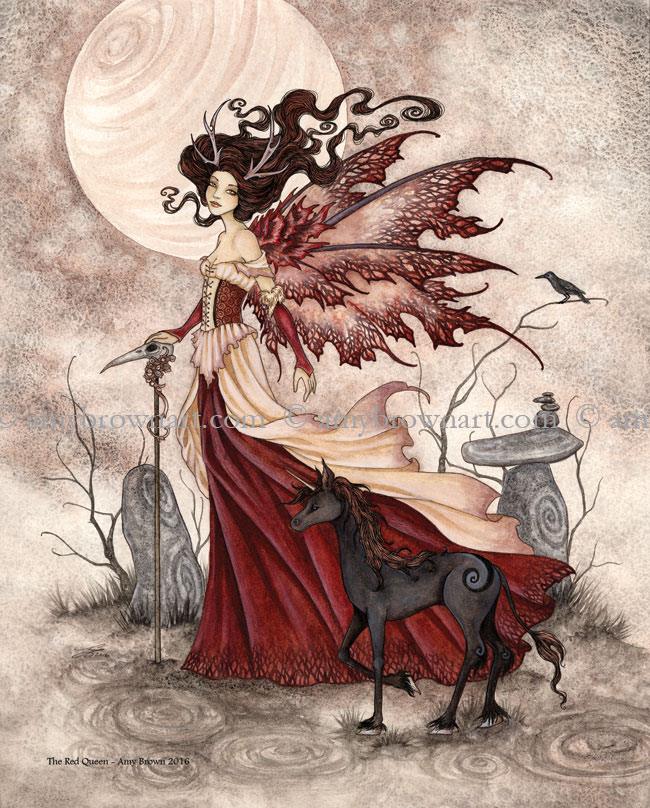 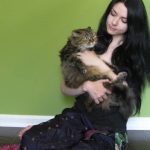 Jasmine Becket-Griffith is a freelance artist who has her own website known as strangeling.com for almost twenty years now. She also gets her painting sold at art conventions, exhibitions, and festivals. The themes that are usually dominated by her portrays are all made up of fantasy and they are usually inspired by the horror and fantasy books that she loves reading or from popular characters such as Disney’s. 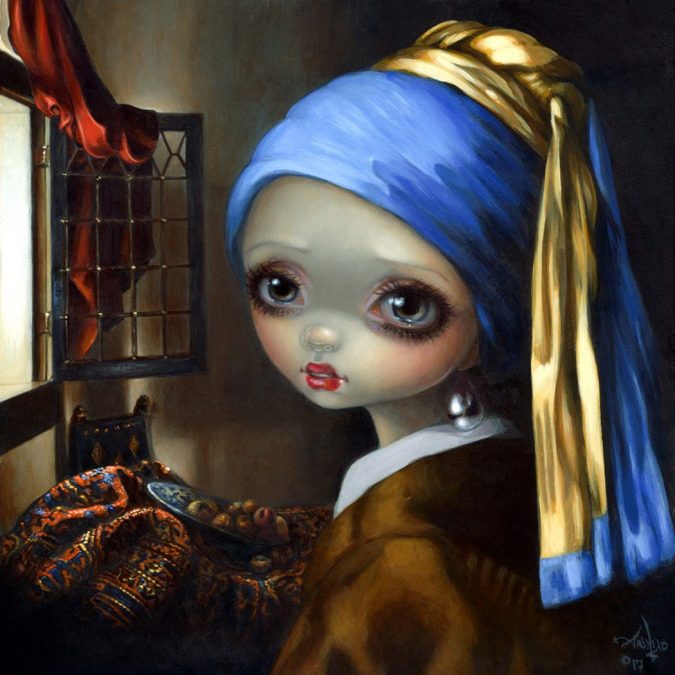 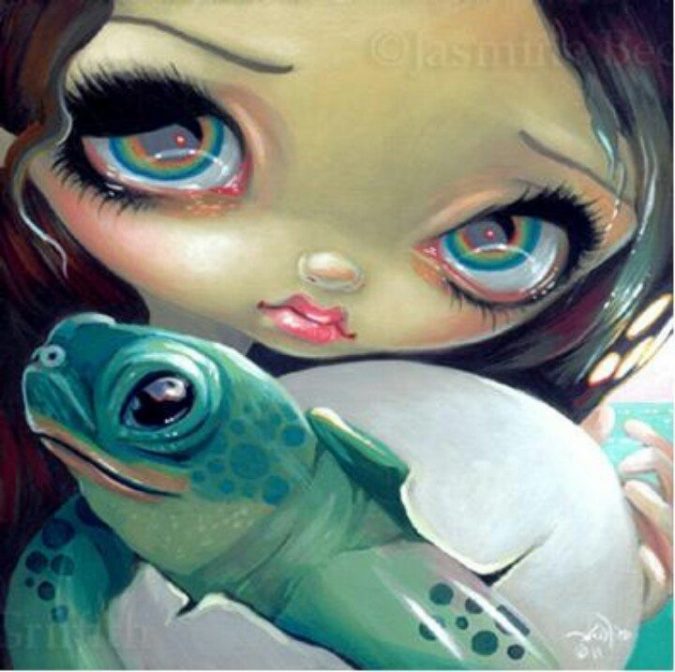